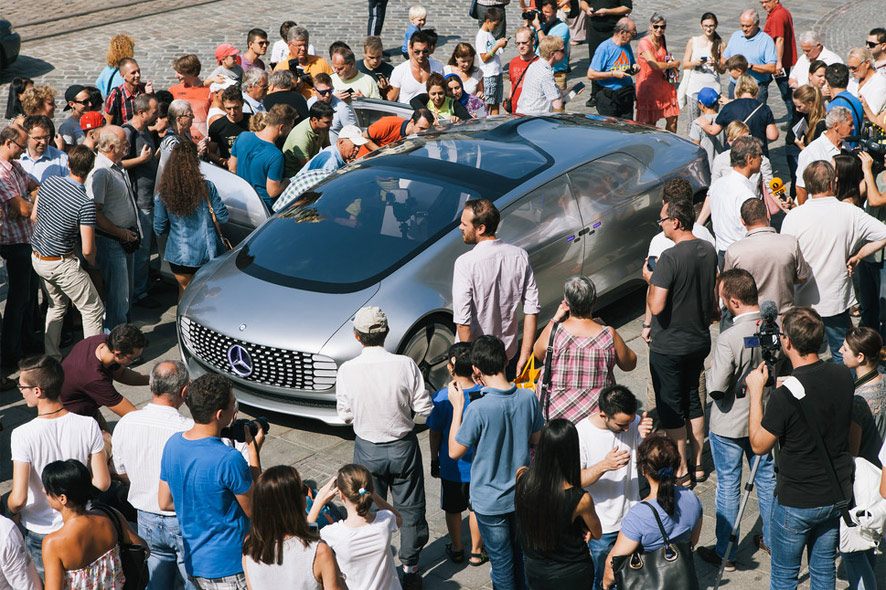 In the next 10 to 20 years the theme mobility is going to change into a new direction. We are still controling our cars to get from A to B. In the habitats of the 21st century, like the 2015 Ars Electronica Festival takes up the motto “POST CITY”, we will share the space of our city streets with self-driving cars. This will affect every one of us, after all, we will communicate with the vehicles on the roads – from the driver’s seat, or as a pedestrian on the street. 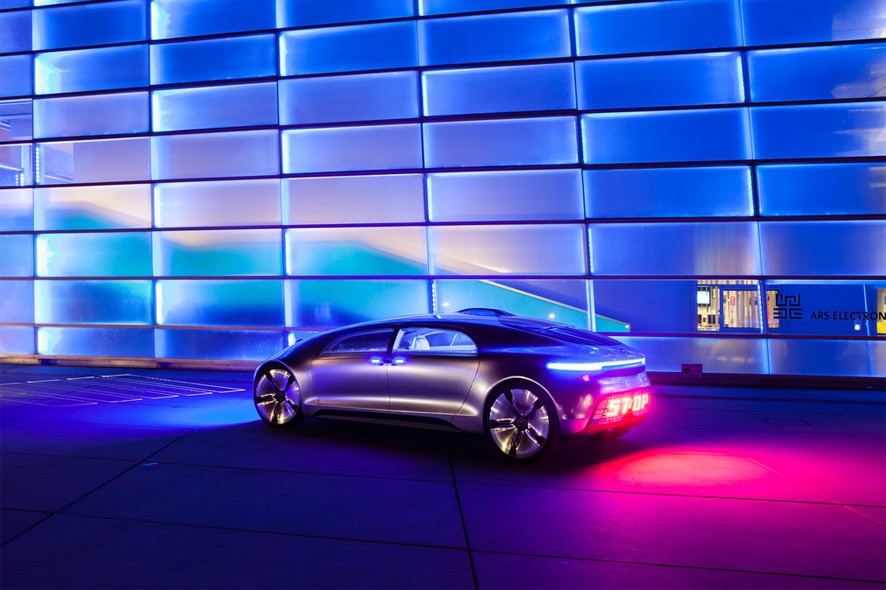 This is where the research by Mercedes-Benz begins. With the presentation of the “F 015 Luxury in Motion” on the main square of Linz, the company not only celebrated its European premiere, the self-driving automobile can even be seen during the Ars Electronica Festival in the PostCity Exhibition from September 3 to 7, 2015, 10 AM to 7 PM. A few days earlier the F 015 was delivered in Linz and turned his first laps through the city of Linz. 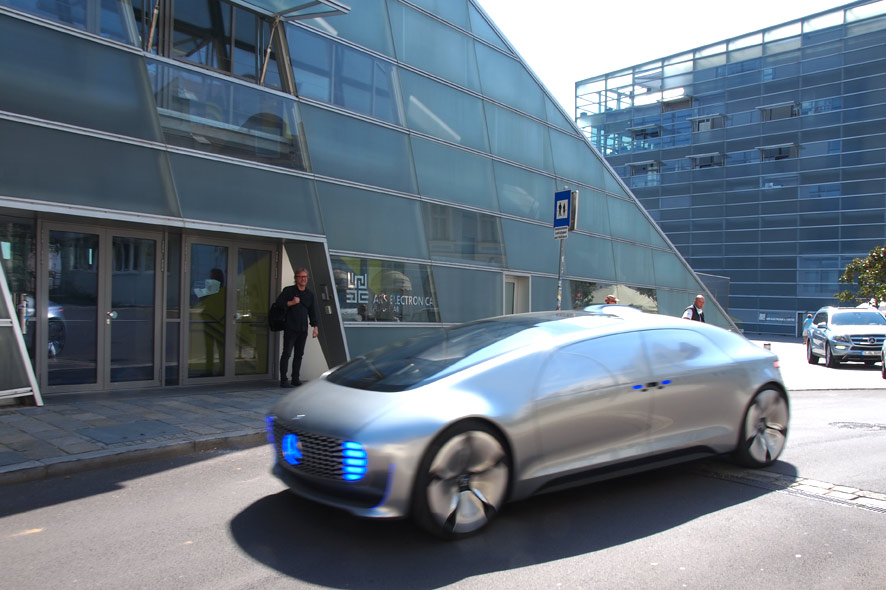 The arrival of the F 015 on the main square of Linz caused quite a stir. With electricity charged at the Ars Electronica Center on September 1, 2015, the vehicle passed the Ars Electronica Futurelab to the city center – accompanied by a film team and the police. 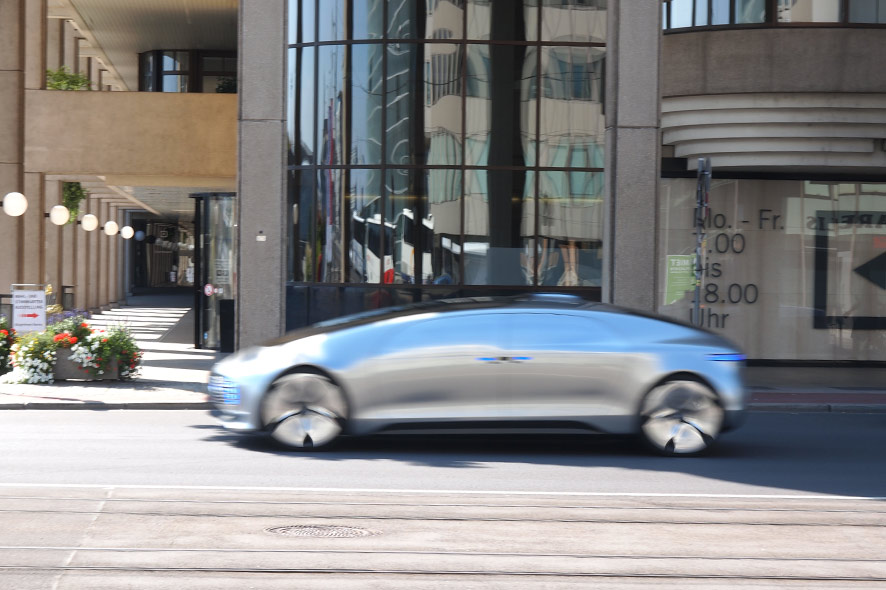 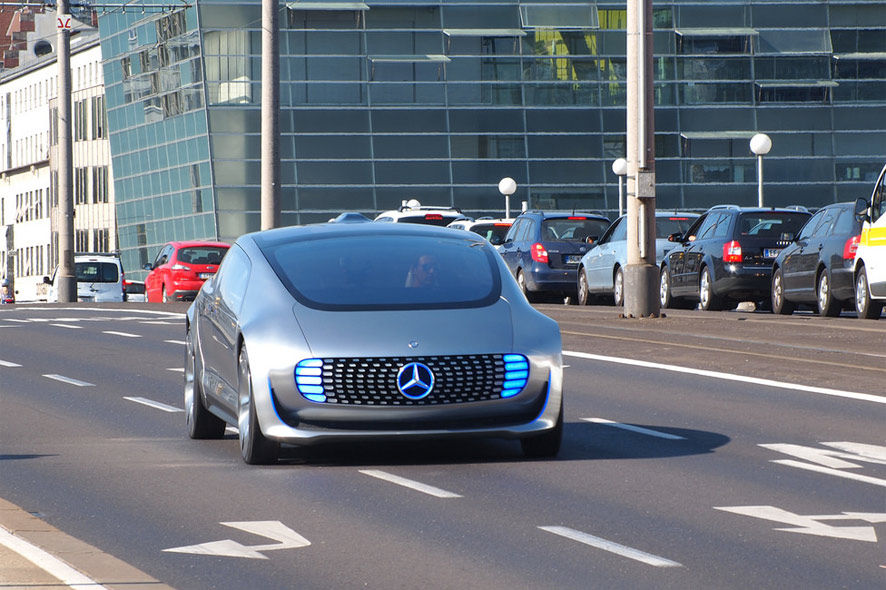 … to be finally taken in reception by many people waiting at the main square in front of the Old Town Hall.

After the F 015 was presented in January at CES in Las Vegas for the first time, Linz is – after the stopovers in San Francisco and Shanghai – now the fourth station of the research vehicle by Mercedes-Benz. 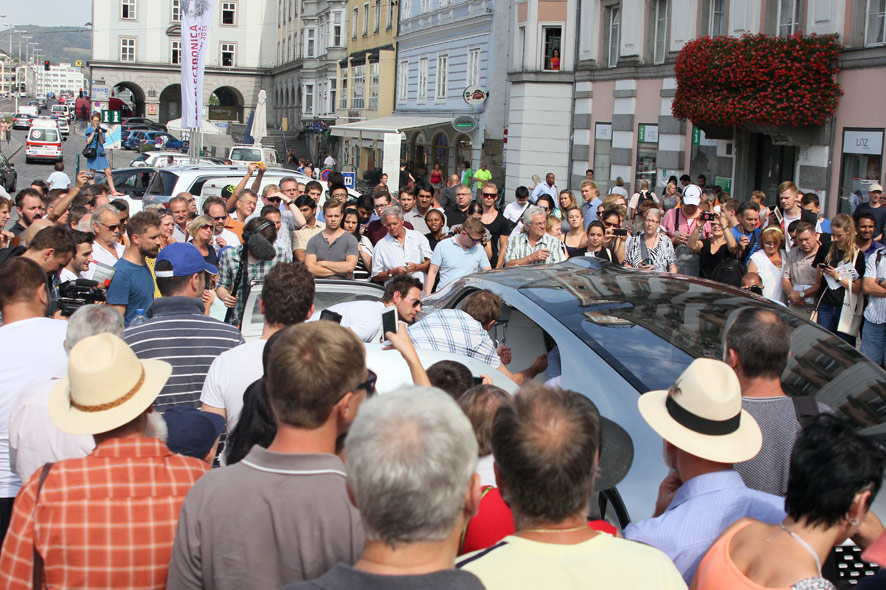 To consider how future mobility will look like when the automobile will go beyond its role as a means of transport and will transform to a separate habitat between living and working environment… The F 015 is the best basis for discussions of this issues. How the communication of a self-driving automobile – or rather, a robot – to the humans could look like, these are the questions the Ars Electronica Futurelab asked itself, too. As an example, the Spaxels of the Ars Electronica Futurelab is testing traffic scenarios and the communication via light signals or flight movements between the humans and the robots.

But back to the F 015. After its one-hour-long appearance on the main square visitors of the Ars Electronica Festival, which will take place from September 3 to 7 2015 at the PostCity, have five days to look at the vehicle in more detail. In addition they also get to know more details about the technical issues and how Mercedes-Benz as an automobile manufacturer approaches this subject. For this purpose not only the workshops around the Future Innovators Summit with the futurologist Alexander Mankowsky as a mentor can be watched, but also the presentation of “Inside Mercedes-Benz Advanced Design“, which will take place on September 4 and 5, 2015, at the Deep Space 8K of the Ars Electronica Center will be. 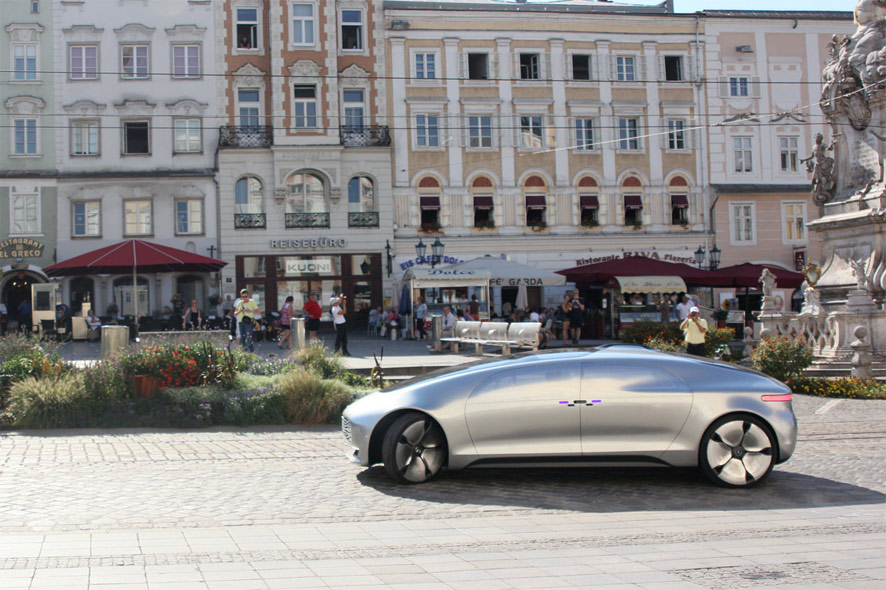