Spy Museum Berlin: On the Trail of Secret Agents 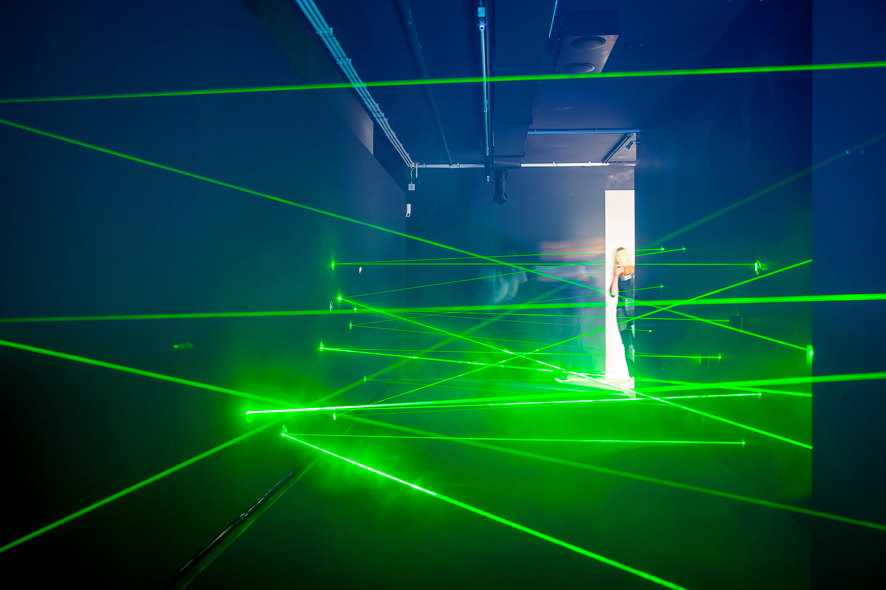 There are lots of ways to obtain clandestine access to confidential information and to covertly reconnoiter areas that are strictly off limits. The NSA Affair, the global surveillance of telecommunications providers and storage of the gathered data, has made the subject of espionage more present and more controversial than ever; nevertheless, the first thing that visitors to the recently opened Spy Museum Berlin learn is that confidentiality, surveillance and spying have been around much longer than that.

Ars Electronica Solutions conceived and implemented this interactive museum, a 3,000-m2 facility that spotlights the activities of secret agents from Antiquity to the present. With its debut on September 19, 2015 in Berlin, visitors are invited to explore interactive stations that divulge the inside story of espionage in a really interesting way. In fact, the mix of historical artifacts and leading-edge high-tech solutions is precisely what makes this museum so fascinating. Ars Electronica Solutions developed new interaction models especially for several of the thematic areas—they range from a playful, hands-on approach to an information-oriented encounter with substantive issues. 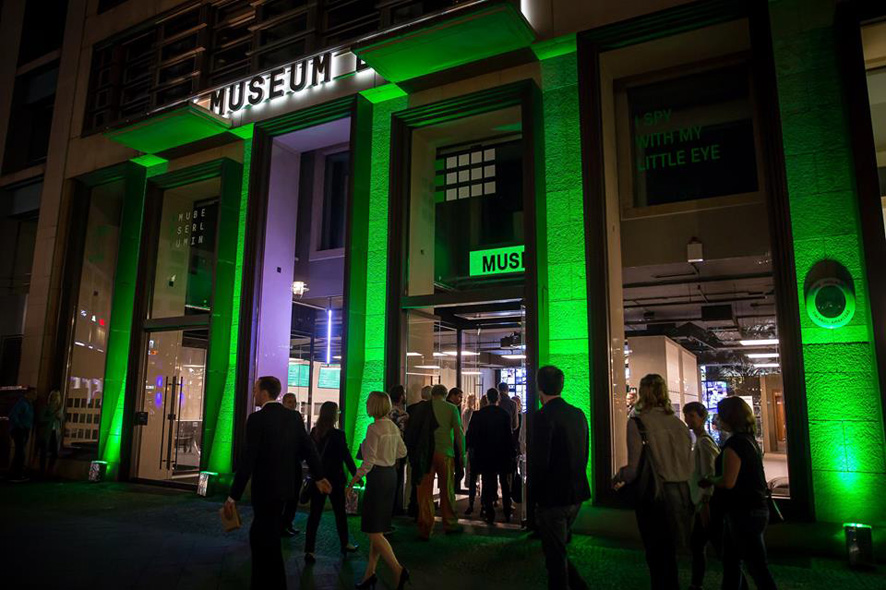 With its location on Leipziger Platz, a square in the heart of town, Spy Museum Berlin’s initial mission is a place in the Top 10 of Berlin museums. Be that as it may, how do you actually go about designing a museum of espionage in the 21st century amidst a city that was long famed as the capital of spying? We asked Michael Badics, Senior Director of Ars Electronica Solutions:

“Given an exhibition space of 3,000 square meters, you can’t leave anything up to chance when it comes to configuring the visitor experience. Ideally, the minute they enter, visitors should be drawn into a narrative that accompanies them throughout their stay and that should remain in their memory afterwards like the plot of a good book. I think that, in collaboration with the staff of Spy Museum Berlin, we’ve developed a really gripping story, one that works on both an emotional as well as an intellectual level. The installations that make up the exhibition don’t just deliver information; they inform in a way that’s lots of fun. In doing this, the technology always remains in the background and—it goes without saying—has to react to the visitors themselves. Probably one of the greatest challenges here is to develop interaction metaphors that function intuitively but do so in a way that’s always surprising.” 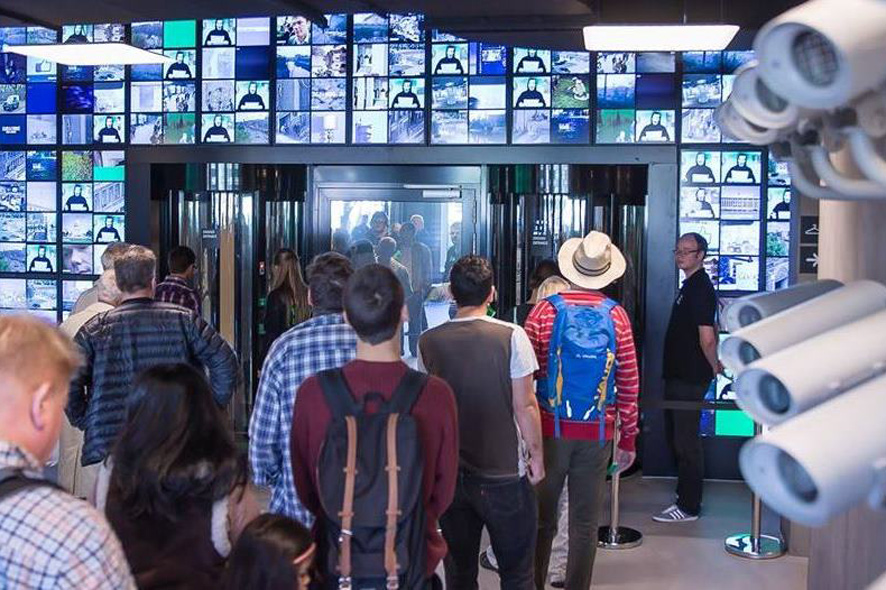 As soon as visitors walk in, they’re registered by surveillance cameras and the images immediately appear on the monitor wall. “But have no fear, nothing is stored to memory,” noted museum director Joachim E. Thomas. “That’s the least we can do for the sake of data protection.” SpyWatch is the name of this installation featuring 15 automatic cameras that capture visitors the moment they set foot inside the museum and display the resulting images without having saved them in the meantime. The point is to make people cognizant of the surveillance issue. 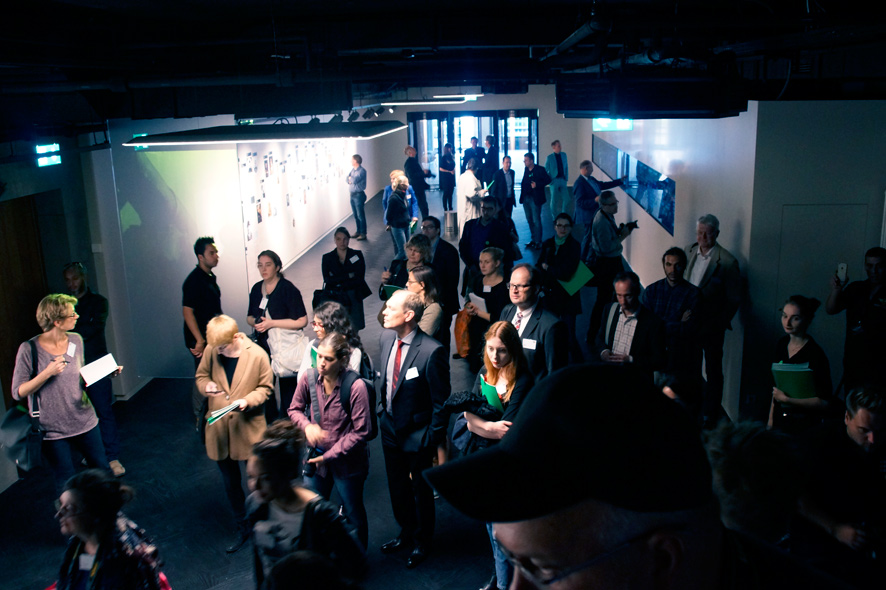 A 10-meter-long interactive timeline shows the historical development of espionage from the very first accounts of it in ancient Egypt all the way up to World War I. It serves both as a thematic introduction and as a means of acquainting visitors with the dramaturgical intention of the entire facility. Thereafter, an individual space is dedicated to each historical epoch up to the present, with particular emphasis of the Cold War. 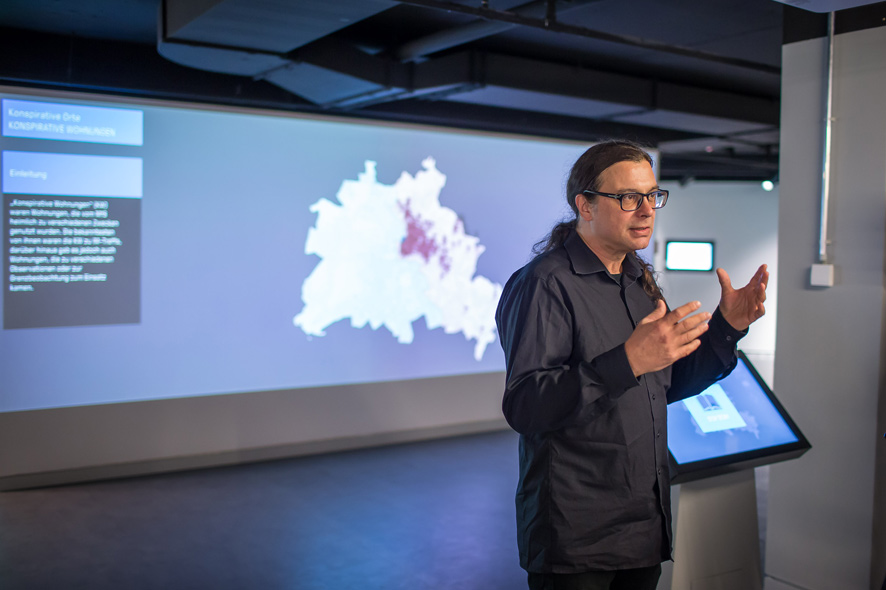 Visitors can use current and historical maps of Berlin to track agents and retrospectively investigate their heretofore clandestine activities. The SpyMap makes it possible to explore the city in a very uncommon way along various points of interest and routes, and to follow thrilling accounts lavishly illustrated with videos and photographic material. 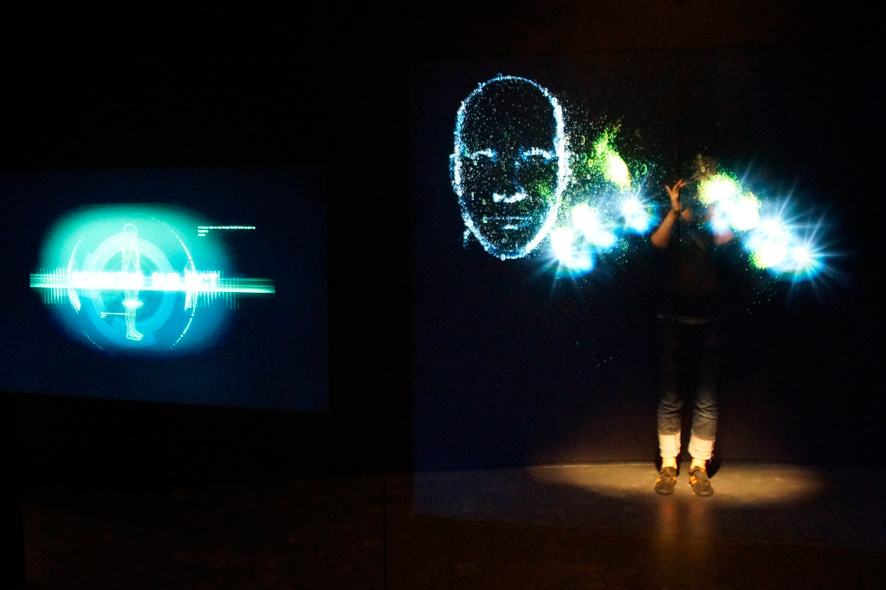 Big Data isn’t just a concept floating about in our world. It’s an issue that affects every one of us—after all, we too are under surveillance on a daily basis and large quantities of information about us are stored somewhere. Via interaction with their digital reflection, visitors can scrutinize how and in what situations they as individuals produce data and what use that data is put to. The core message this is attempting to get across is that this isn’t primarily a matter of an individual’s data but rather of the quantity of data and the possibilities associated with it.

Among the museum’s other highlights is a tricky laser challenge modeled on the security systems that moviegoers are familiar with from spy films. Here, visitors attempt to find the quickest way through a laser labyrinth without coming into contact with one of the light beams. Spectators can follow the action in the form of images provided by infrared sensors, thermal imaging cameras and motion detectors. If visitors so desire, these images can be recorded and uploaded to a website so that they can be shared on social media.

In addition to the Cold War, the substantive focus of the exhibition is on data acquisition in the Internet Age. There’s a Password Hacker that tests the strength of a user’s password. The SpyWatch installation provides access to images available online and those taken by surveillance cameras. The museum’s Present & Future area includes a display of real-time data from aviation and shipping traffic and briefs visitors on current espionage-related topics.

Additional installations and exhibition areas will be developed in a second phase. Michael Badics summed up this ongoing effort in the following terms:

“A unique feature of this museum project is the tremendous current relevance of the topic. The process of coming to terms with espionage activities during the Cold War isn’t even close to being concluded and we’re already being confronted by totally new issues such as the control of data and the value society attributes to privacy. Accordingly, Spy Museum Berlin has been conceived as a dynamic exhibition platform that will continuously be expanded and updated in light of current facts & circumstances.”