CyberArts 2016: The Best of Media Art

The outstanding works of media art honored by the 2016 Prix Ars Electronica will once again be featured in a major exhibition in conjunction with this year’s Ars Electronica Festival. Since 1998, this show has been curated by the OK Center for Contemporary Art and will be running there throughout the Festival (September 8-12, 2016) and another six day afterwards until September 18, 2016.

In this interview, Genoveva Rückert, curator of CyberArts 2016, talks about the categories represented in this year’s Prix and thus in CyberArts 2016 as well, what highlights festivalgoers can look forward to, and what trends are evident from the works submitted for prize consideration.

The Prix Ars Electronica’s categories alternate on a biennial basis. Which ones were staged this year?

Genoveva Rückert: Of the two pairs of biennially alternating categories, Interactive Art + and Digital Communities were held this year.

The Interactive Art + category was launched in 1990 and, like the name says, has to do with interaction between the digital and physical worlds in many forms—from installations to network projects. What interaction principles and interfaces are involved; how is this dialog played out; is the participation only via the internet or is there more?

Digital Communities is the category of the internet, and this has changed considerably in recent years. This category has been a part of the Prix since 1995, since the emergence of the World Wide Web, and has assumed different forms over its history. The focus is currently on projects with significant social relevance. Fostering transparency of financial and political dealings, enabling projects in developing countries in the Southern Hemisphere, optimizing individual potential and crowdfunding are indicative of a massive paradigm shift going on now. 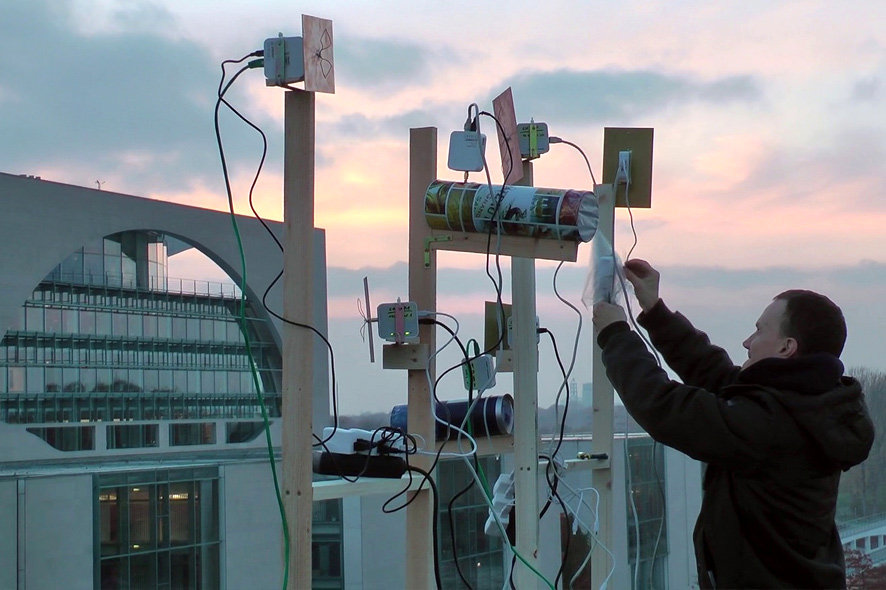 What are the highlights of this year’s exhibition?

Genoveva Rückert: The Golden Nica in Interactive Art+ goes to Matthias Jud and Christoph Wachter, and is certainly one of the highlights. We’re featuring it right at the entrance. This work was an effort to disrupt the system of intelligence gathering and surveillance. The artists were invited to develop their own communications platform and install it at the Swiss Embassy in Berlin, where their installation was surrounded by the like of the German Federal Chancellor’s Office, other embassies and lots of espionage dens as well.

Another highlight comes from Frank Kolkman, who’s being honored for his Open Do-It-Yourself Surgery Robot. It consists of open-source components that can be obtained online, as well as 3-D printed and laser-cut elements. The question behind the installation is: How can we provide broader access to the health care system? Kolkman’s equipment was inspired by the many very disturbing videos about uninsured Americans exchanging medical self-help tips.

There’s a wonderful work by Mat Collishaw. His award is for All Things Fall, but we’re showing another installation, The Garden of Unearthly Delights. Here, the allusion is to The Garden of Earthly Delights, a painting by Hieronymus Bosch. As in All Things Fall, this work also takes the form of a large zoetrope, a so-called “wonder cylinder” with drawings on the interior wall, which rotates and produces the illusion of animation. Here, the sculpture rotates so rapidly that observers, enchanted by the many animated figures, become witnesses of acts of human violence against animals.

An exciting work is the Golden Nica winner in Computer Animation, Rhizome by Boris Labbé. We’re showing how it came about, and exhibiting some of the 2,300 ink-and-water-color drawings that were the basis of this animated film, which was then produced with After Effects and other digital means.

Digital Communities is a great category, one that really brings out the social relevance of the works and of Ars Electronica as a whole, for that matter. All of this plays out in digital networks dedicated to establishing communities and nurturing citizen involvement. For example, there’s an interactive Refugee Phrase Book that’s a compilation of useful expressions arranged like in a tourists’ guide. It’s a genuine tool. Plus, there’s the P2P-Foundation, another really interesting project.

In light of the fact that these projects have to function, first and foremost, for their local communities—for instance, the SAZAE bot, that’s completely in Japanese, which most people here don’t understand—we’re exhibiting them only in the form of descriptions. But reverting strictly to the written form would almost amount to a step backwards for the digital world, so we’re also providing spoken descriptions. The talking heads who present and describe the respective projects in this category are juror Ian Banerjee and Ingrid Fischer-Schreiber, a Digital Communities category producer. You almost have to have access to a description of these Digital Communities projects in order to really understand them. Thus, it’s a big challenge to put this category’s projects into the form of an exhibition because doing so is almost a contradiction. 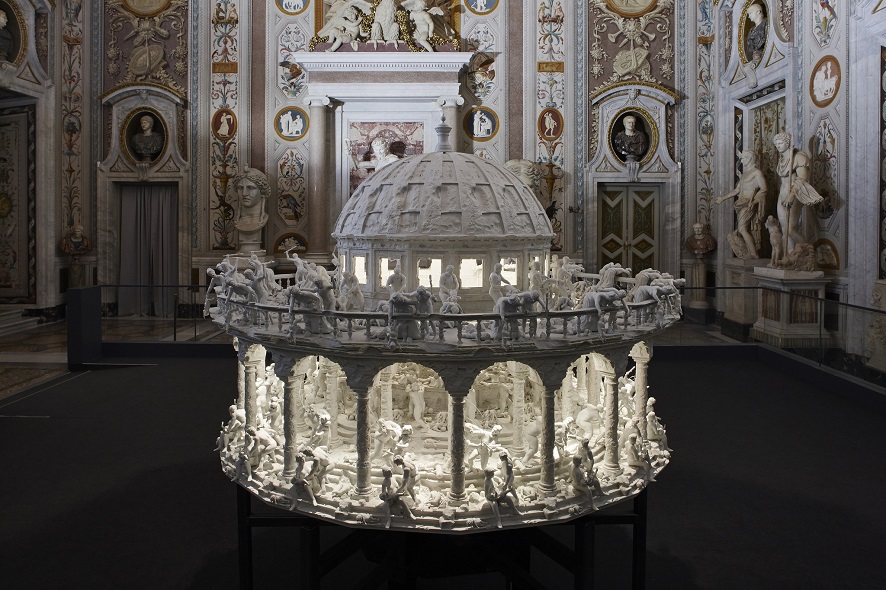 How will this year’s exhibition be set up?

Genoveva Rückert: Basically, we’re employing our tried-and-true exhibition design. As in previous years, the venue is Ursulinenhof, from the Ground Floor all the way up to the attic. In fact, there’s some overlapping with the Höhenrausch [high-altitude euphoria] attraction—so visitors will be able to experience both, CyberArts and Höhenrausch.

Here, you can also see the original Nike designed by HAUS-RUCKER-CO, a collective of artists and architects. This work stood tall from 1977 to 1979 on Hauptplatz [Linz’s main square], where it was the centerpiece of one of Upper Austria’s great art scandals. Once the “evil spirit of the age” had banished this Goddess of Victory from the city, it served as the model for the trophy awarded by the Prix Ars Electronica, a generously-endowed, multidisciplinary competition in computer-based art launched in 1987 on the basis of an idea by Hannes Leopoldseder. Visitors are guided through the exhibition by aluminum scaffolding. After all, the Ursulinenhof isn’t a conventional museum; it’s a former monastery and, as such, has long corridors, so a lot has to be built in. Visitors end up in the 4th Upper Level at the exhibition elaborating on this year’s Visionary Pioneer, Jasia Reichardt, an English curator and former head of the Institute for Contemporary Art in London as well as the Whitechapel Gallery. In 1968, she conceived and executed the first exhibition of works that came about strictly on the basis of computers. She was by all means a trailblazer. We’re creating a sort of archive—that is, she’s brought along quite a lot of material and we’re making it available. We don’t just focus on the early exhibition, “Cybernetic Serendipity,” which everyone’s familiar with and is associated with her name. We’re showing her accomplishments as a curator, theoretician and educator over the course of her 50-year career. 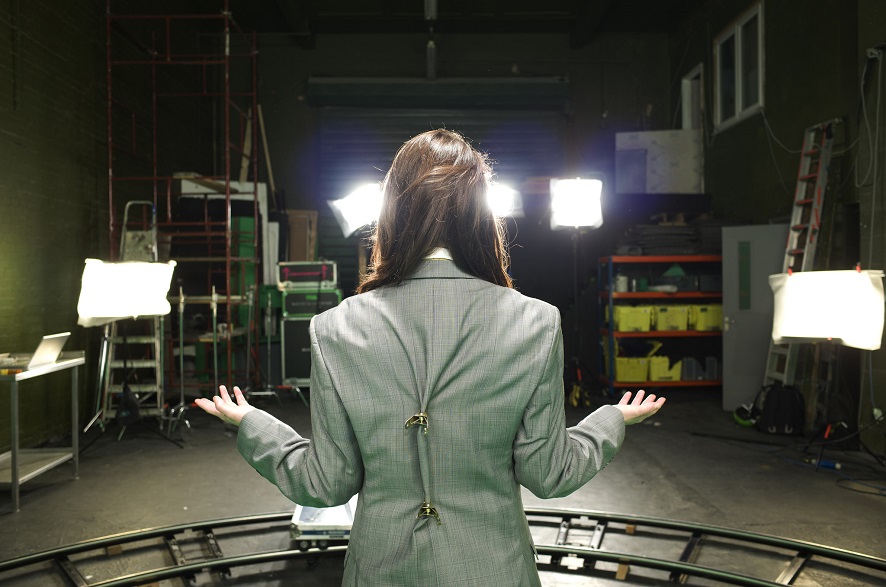 Are trends evident in the works submitted for prize consideration to the 2016 Prix Ars Electronica in the various categories?

Genoveva Rückert: In the case of Digital Communities, it has clearly gotten more political. That’s very evident. This internet category is simply the clearest indication of the relevance that digital media have for society, because this isn’t necessarily a matter of art; this actually does have to do with relevance.

In Interactive Art + this year, there are no classic interactive projects that are typical of Ars Electronica, ones that festivalgoers can interact with directly. So, there’s nothing in this exhibition that could be categorized as classic interaction—like, raising something in the air, or a form of motion capture that registers visitors and results in a form of interaction. The forms of interaction are different—one hacks into an espionage network; one becomes a registered company like Jennifer Morone and thereby acquires many more rights to all these products that are associated with her as a firm or as an artist; or there’s interaction of the sort staged by Random Darknet Shopper by the !Mediengruppe Bitnik. What many people might not know is that there’s an incredibly large number of grey areas on the internet, a black market. The artists have developed a system from which auto-generated things can be ordered. There’s a work in which a machine interacts with the material. It has to do with the Iller River. The machine sorts stones found in the river—on a geological basis, so to speak, and completely without visitor interaction.

The Open Surgery Robot can’t actually be used either, but Dutch artist Frank Kolkman will be on hand to explain his work. One could, indeed, use this operation tool to actually perform surgery, but it takes a surgeon to actually operate it. There are other forms of interaction as well that call for a professional—for example, software for choreographers that interact between the performers and the program. The program interacts with the performers and the performers, in turn, have to react to it.

A major installation—or actually a performance—will be on display in the Large Hall at Ursulinenhof. Inferno permits visitors to don a robot costume and slip into the role of cyborg. The whole thing has a dark, black atmosphere, which is also somehow a good fit to the ‘80s revival aesthetic. And this was actually the origin of the term cyborg, a human-machine hybrid. During the festival, there’ll be participative opportunities here—at the Opening and later in the form of mini-performances, though would-be participants have to receive a bit of training in order to take part. One moves and one is moved—that is, one must adapt to the robot.

The exhibition will be accompanied by the annual Prix Forums, speeches by the artists about their works. What can we look forward to here?

Genoveva Rückert: The essence of the Prix Forums is that they impart a relatively concentrated impression of the prizewinning works. The artists who, at the Gala on the previous evening, received their awards in the Computer Animation, Digital Communities, Interactive Art + and Visionary Pioneers of Media Art categories, are each invited to give a talk. There are normally three speakers in each category—the recipient of the Golden Nica grand prize and the two recipients of Awards of Distinction. The artists and their works are presented, and there are skilled moderators on hand to lead the discussion. The Prix Forums definitely present an excellent opportunity to see and hear what’s been happening in media art in recent years and, maybe, to find out why it’s being singled out for recognition right now.

The CyberArts exhibition is running September 8-18, 2016 at the OK Center for Contemporary Art. As always, it showcases the greatest hits of this year’s Prix Ars Electronica.

Details about the exhibition are available online at the festival website: https://ars.electronica.art/radicalatoms/en/cyberarts-2016/.