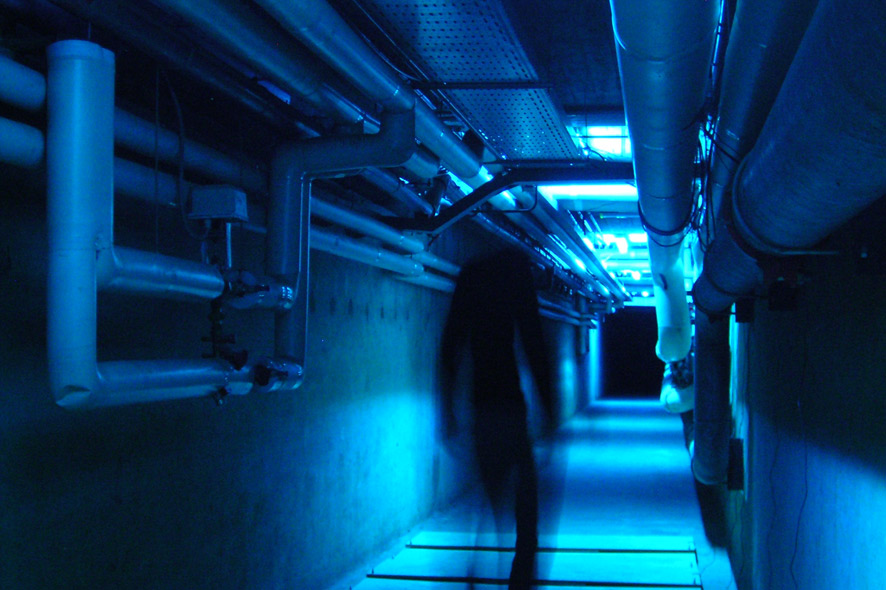 Sound installations, audiovisual performances, soundtracks, ambient sounds or experimental computer compositions—formats clear across the audible spectrum hit the right note in the Digital Musics & Sound Art category of Prix Ars Electronica. Architect and sound artist Emre Erkal is one of the jurors who’ll be convening in Linz in a few weeks to select the recipients of the 2017 Golden Nicas. The deadline is March 13, 2017 so there’s no time to lose! To enter your media art work, click here: https://ars.electronica.art/prix. And be sure to read this interview we just conducted with Emre Erkal, in which he discusses his core evaluation criteria, what architecture and sound have in common, and trends entailing artificial intelligence in sound production.

You are an architect and a sound artist – what do these two fields have in common?

Emre Erkal: The most straightforward commonalities are around the notions of space which is traditionally central to architecture in the modern times. Sound art that seeks to create space or intervene with space has multiple crossovers with architectural production. There also other topics such as discovery of the sonic environment: the soundscape is an integral part of our environment. These are perceptual and structural linkages between the two fields.

Beyond the structural linkages, there could be multiple symbolic linkages. Sound and music obviously has potential huge potential for symbolic connectivity with all aspects of physical and imaginative world. A significant portion of these symbols are related to urbanity. Urban culture as well as personal stories play themselves out in spaces, spatial configurations, spatial patterns and embellishments. These resonances have inspired many artists.

As a juror of the Digital Musics & Sound Art category, may you tell us on what you will listen carefully?

Emre Erkal: There is a reason decisions of this sort are taken by juries. Each jury member might have different takes on many of the works and this is most definitely a richness. Therefore I can only speak for myself.

Good work comes from anywhere and could have any attributes, but for this award several dimensions could be said to be important. Novelty and innovation are probably the most important dimensions. It implies that there is a fair amount of risk-taking on behalf of the artist. Where does that innovation come from? That is for the artist to explore. Sophistication plays an important role, but in my view, sophistication could be sacrificed to some extent for an experimental flair.

Technical provess is traditionally important for Ars Electronica, yet the most celebrated works demonstrate a successful exploration of a new artistic dimension. These works also go beyond mere exploration, and furthermore they demonstrate and convey the notion that a new dimension is worthy of further exploration by even more artists. It could be an idiosyncratic and personal story, as well as a proto-methodology for a society of artists and technicians.

“However, it should be noted that a deliberate pursuit of such virtual benchmarks may not yield a successful result. Best works are the ones driven by artistic impulses, and nothing much more to begin with.”

Today, music and sounds are composed and created by humans controlling instruments and software. Will artificial intelligence soon be able to replace us even in this role? Do you see any trends in this field?

Emre Erkal: AI theoreticians have traditionally divided AI directives into broadly two groups: strong AI aims for the grandiose goal of creating an independent intelligence equivalent to a human being, where as weak AI seeks to achieve lesser results within tightly defined spheres of activities which are traditionally thought to be intelligent – such as chess playing.

If we take this broad definition into music and sound art, strong AI could be about developing a fully-fledged musical intelligence and creativity: no less than a digital and immortally active Beethoven equal. For this path to be realized, I would say the black swan effect of art, namely the occurrence of the unexpected transgression is very difficult for computers to achieve at this time. And it will remain to be so for quite some time, if that ever happens. Art does not progress with the exhaustion and re-indexing of pre-defined categorical information.

To discuss what remains under the banner of weak AI, we can talk about lesser (less than digital and immortal Beethoven) achievements in musical processing. I am aware of some machine learning techniques employed in sound processing, albeit very limited in the arts. There are some achievements, when the process is defined in a very controlled manner. For example, recognition and recreation of a class of sounds that can also be quantified in terms of valid examples, like speech sounds.

Following this vein, one also remembers Brian Eno’s koan music, or earlier research into artificial life and music. What they have taught us is something else: when we open our ears and listen in a way we did not anticipate before, we discover new wonders and find those musically valuable. Therefore most of what is newly arriving will ask us to change our ways of thinking.

Lastly, the recently heated debate about AI has to do with achievements in quantification. Achievements in deep learning seem to be blurring the distinction between the two AI goals: it is told that mere proliferation of weak AI optimization techniques might unravel human intelligence. This view presupposes a statistical meta evaluation – regardless of the content – is sufficient to create intelligence. I personally think the project to achieve that level of complete artificial intelligence without touching the content will be asymptotically equivalent to re-creation of what is human, whatever that might imply.

There is also one problem not voiced everywhere: equating digital data with the real world. I think there is a lot to reflect about that.

If you had the opportunity to design your own venue for one of your sound installations, how would it look like?

Emre Erkal: The visual aspects of spaces are more dominant in today’s international culture. Therefore how spaces look become sometimes more important than how they sound. Yet, hearing has considerable effect as well. Therefore it becomes interesting to see how the two (or more modalities) clash or resonate with each other, tell different or concocted stories, or what have you. For several installations I deliberately and directly designed the visual aspects, and for some others there was no deliberate effort.

I could mention this particular series of work, which was about searching for sonic interventions at different architectural scales. My first works were at the scale of the room. Naturally, room acoustics became important for sound to be meaningful at this scale. Then I ventured up and down: I tried to discover the scale of the city and the scale of the human body with respect to sound events. At these scales different aspects of sound emerges to be important, at least for myself.

Thus for the scale of the room, I tried to engage the visitors with a physical play. In one installation in the Topkapi Palace in Istanbul (intersection, 2004), they had to push and pull aluminum tubes to enter a room, forcing them to generate a sound sequence which was then used as a basis for manipulation. In another installation in Antwerp (slow-wave-tube, 2008) placed inside a basement tunnel, visitors had to step on wooden planks designed to move tightly in tandem, so taking a step generated a mechanical sound wave that traveled the corridor (using electronics) forth and back. The visitors had so much fun running over it to be engulfed by the traveling sound wave, they literally broke it the day of the opening! 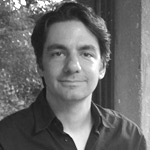 Emre Erkal is a practicing architect and sound artist. After becoming an electronics engineer, he worked on research projects in artificial intelligence, cognitive science and interactive technologies. He received his professional degree in architecture from Harvard, while participating in research projects at MIT Media Lab. His prize-winning projects for Architectural and Urban Design competitions, as well as completed buildings in various countries received several awards. In addition to professional designs in interactive media in Turkey and the USA, his spatial sound installations have been featured in venues including the Istanbul Biennial, ZKM, Mediamatic and Netherlands Institute of Architecture. He has presented and participated in organizations including ISEA, SIGGRAPH and Ars Electronica. He co-founded NOMAD in 2002, an organization in Istanbul for producing international events in digital arts and culture.