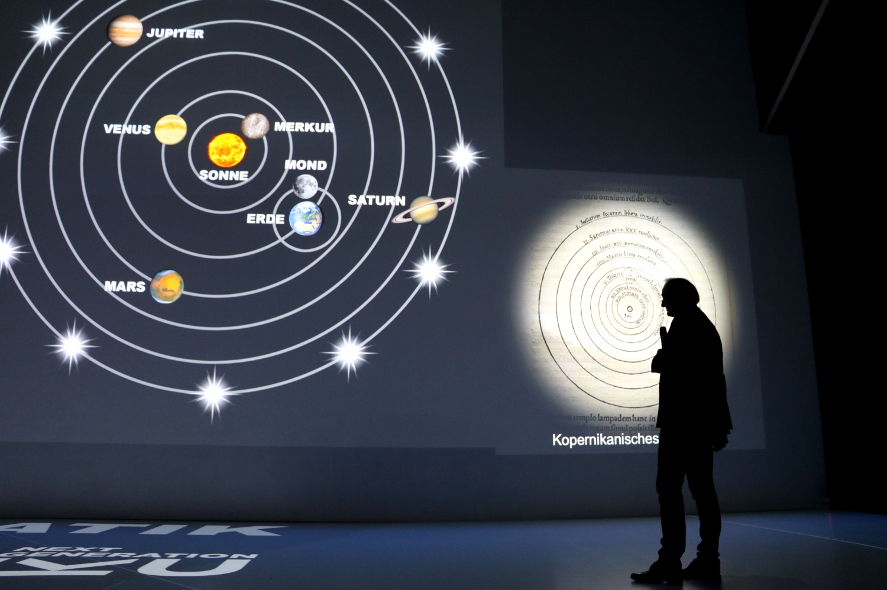 To do so, Prof. Alois Ferscha, dean of the school’s Faculty of Engineering and Natural Sciences, initiated a series of talks entitled Next Generation JKU. On five evenings, successful young scientists at work across the technical and scientific spectrum will present their latest findings. Though largely unknown in Austria, this is leading-edge research by the next generation of brilliant scientists whose work is already being cited in the foremost international journals in their respective fields. With the help of the state-of-the-art visualization technology available in Deep Space at the Ars Electronica Center, these five science stars will elaborate on their socially relevant results in a way that is understandable by laypeople here in Austria.

We talked to Prof. Ferscha about new modes of science communication, the overlapping of science and art, and the challenges facing scientific research in the 21st century. 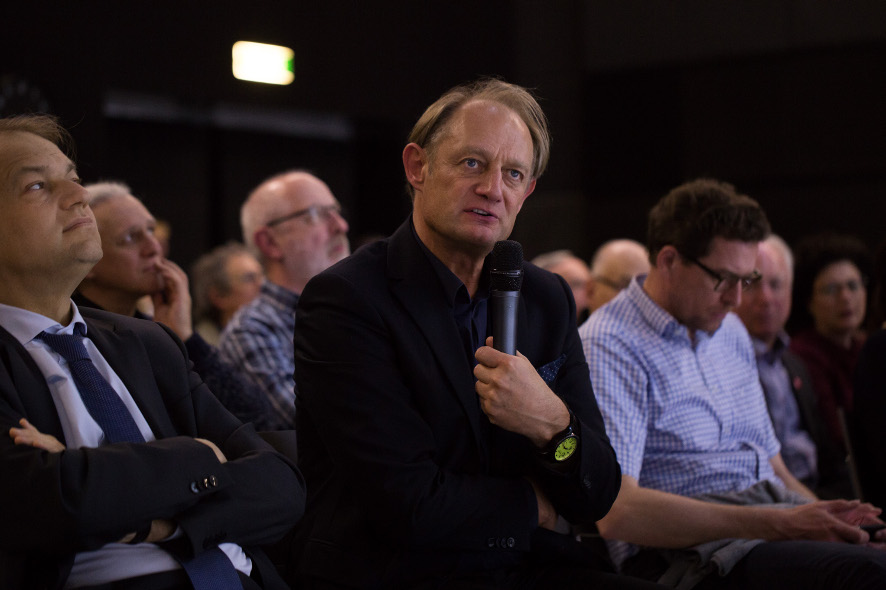 JKU Linz has committed itself to more intensive communication about what’s happening in science and to getting scientific subjects across to the general public. What do you see as the key aspects of this?

Alois Ferscha: Scientific communication is in the best interest of all universities worldwide. Many people are interested in science and research results. Scientific communication via posters, glossy brochures, TV ads and YouTube campaigns isn’t enough, but doing it by means of arcane addresses for specialist audiences in ivory tower settings is overdoing it. After all, society has, so to speak, commissioned this research and society demands—often, rightly so—socially relevant research results. In Next Generation JKU, a series of presentations designed with the general public in mind, we want to demonstrate how to get across the gist of research results in a way that is innovative, that satisfies the respective scientist’s needs to explain and illustrate what he’s doing, and that takes advantage of the latest technology! And specifically, we’re focusing on the work being done by the young generation of scientists at JKU.

For me personally, the highest priorities here are not only that laypeople who are interested in research and innovation can take away explanations and new insights, but also that we can convince them of this research’s value for society as well as the value of JKU’s research for the State of Upper Austria. The next generation of researchers at the Faculty of Engineering and Natural Sciences at JKU and the next generation of media technology at the Ars Electronica Center offer the optimal—even internationally one-of-a-kind—basis for this. 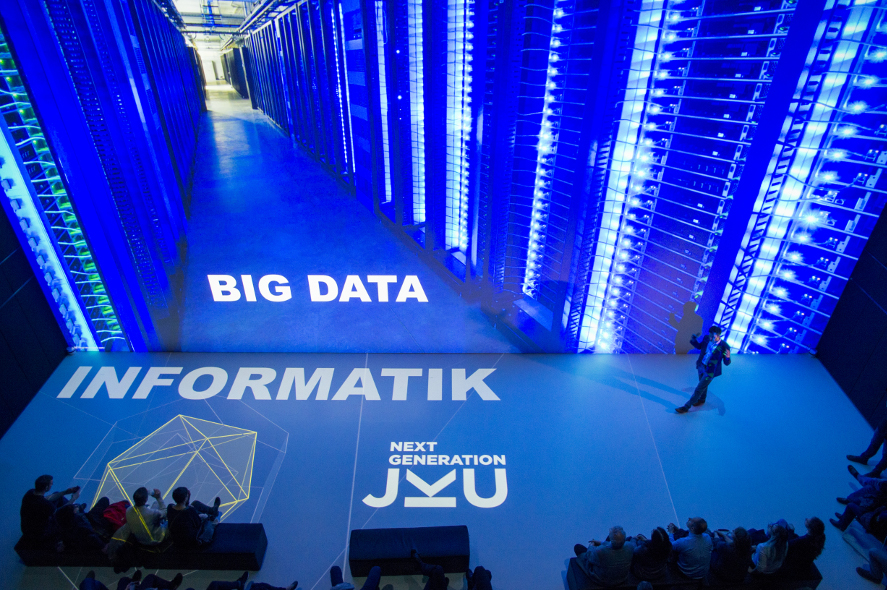 What new ways of science communication can visitors to this series of talks in Deep Space 8K at the Ars Electronica Center look forward to?

Alois Ferscha: Our visitors don’t have to be afraid of being overwhelmed by highly intricate, intrinsically scientific jargon. By “new ways,” we mean presenting research results achieved at JKU in a way that’s easily understandable by interested laypeople who don’t have an academic background in that particular field. Virtually on a daily basis worldwide, scientists on JKU’s faculty give speeches to their colleagues in the scientific community, whereby they have to meet the highest scholarly standards. Here at the Ars Electronica Center, they highlight socially relevant aspects of their research, articulate them in common parlance and with fascinating imagery, make an effort to assess the significance of their findings for society, and engage in a discourse with visitors from throughout the region and from all walks of life. Deep Space 8K with its high-resolution, immersive visualization possibilities is unique worldwide; for us, this constitutes the next generation of scientific communication from a technological perspective.

It’s striking that science is—once again, and especially for purposes of external communication—making use of more and more artistic elements. Where do art and science overlap in your opinion?

Alois Ferscha: In Austria, science and art are even mandated by law to act in partnership to contribute “responsibly to the solution of human problems and to enable society to thrive and develop” as this is formulated in university legislation. Art has a somewhat easier time of this, since it needs only to postulate but doesn’t have to prove anything. But precisely that is very often the hard part. Science has to prove every claim, every assertion, every statement, every “scientific proposition,” because without proof it’s worthless—and in going about this, it often takes the easy way out. Art reaches people, and it can be observed that scientific research also increasingly endeavors to reach more people. Thus, a proto-cooperation, a symbiotic alliance between art and science, is an obvious way to go, though an attempt by one to co-opt the other would be a grave error. 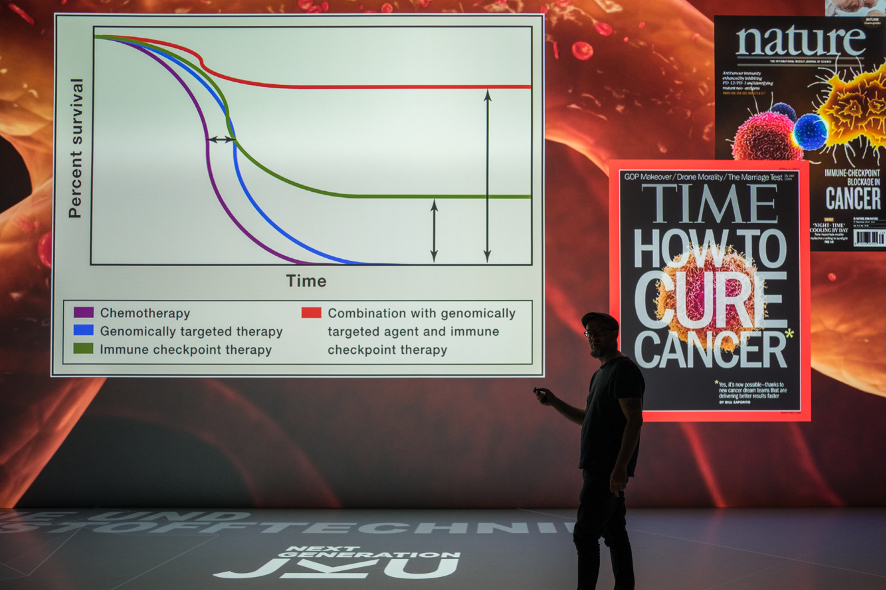 Next generation JKU: Life Is All about Chemistry with Ian Teasdale and Wolfgang Schöfberger (Chemistry and Polymer Engineering Technology) (Credit: Robert Bauernhansl)

How did you come up with the idea of launching this series?

Alois Ferscha: When I took office as dean of the Faculty of Engineering and Natural Sciences, I immediately set about reading the most important publications and research project reports written by the professors in our five departments. It was fascinating to see our faculty members’ research achievements that have been accorded the highest recognition and esteem by international scientific communities in the form of citations—the standard for scientific acceptance and relevance of research results. Particular stand-outs were the young researchers just embarking on their scholarly careers. They’re displaying a tremendous amount of creativity and ambition, sometimes doing things unconventionally but always with due diligence. At the same time, there came a sobering realization, the reality check that here in Linz, in Upper Austria, in our community, hardly anyone is aware of this. So it was incumbent upon me in my capacity as dean to take action. 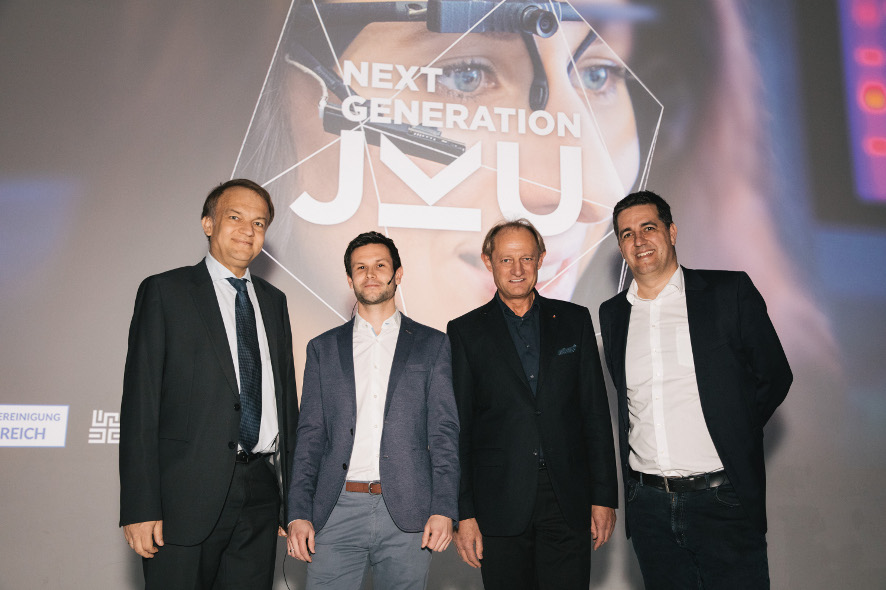 You’re dean of the Faculty of Engineering and Natural Sciences at JKU Linz. What challenges will scientific research have to face in the 21st century?

Alois Ferscha: In addition to what we can assume to be many detailed insights—from “serendipitous knowledge production” to “technically feasible research”—that will be emerging in the respective disciplines of the natural sciences, 21st-century engineers and scientists will be answering some of humankind most fundamental questions. The century is still young but we’ve gotten off to a fast start: The Higgs Boson has been found, and it’s said that the “cause of mass” is cleared up; Chromosome 22 has been completely sequenced; humankind’s digital data pool has purportedly grown to over a yottabyte (1024). The European Union is financing the Human Brain Project, a €100 million flagship research effort to understand how our brain works, and another project to investigate graphene, a “miracle” material consisting of a two-dimensional lattice of carbon atoms. A third flagship project, quantum technologies, is in the planning stage now, and young scientists on our faculty are involved in this effort.

Likely achievements later in this century are the decoding of the entire human genome and the establishment of genome editing—engineering methods to modify it at will. Connected to this is the question of whether human beings are “machines,” and thus the physics of life. And then there’s the matter of making energy cyclable and, with it, the efficient transformation, storage and transport of energy, and with the development of cyclable materials. And this brings us to the shift from data-oriented to highly complex algorithmic information processing systems—and keep in mind that, 10 years ago, the rate of data growth already exceeded the rate of increase of computer processing speed. And this is connected to the question of the extent to which human-like cognitive capacities—that is, intelligence—can be programmed into machines.

Scientific research will face these challenges. But first, it has to confront much more fundamental issues. More than 50% of all people have to get by on less than €2 per day. More than 20% of humankind has no access to potable water. Climate change is no longer just something for politicians to discuss; it’s reality. The energy sources used today are “dirty” and not cyclable. We use 60% more energy than can be regenerated. The incessant loss of trust leads to social and financial crises, to crises of energy and democracy, to recession, terror and so forth. 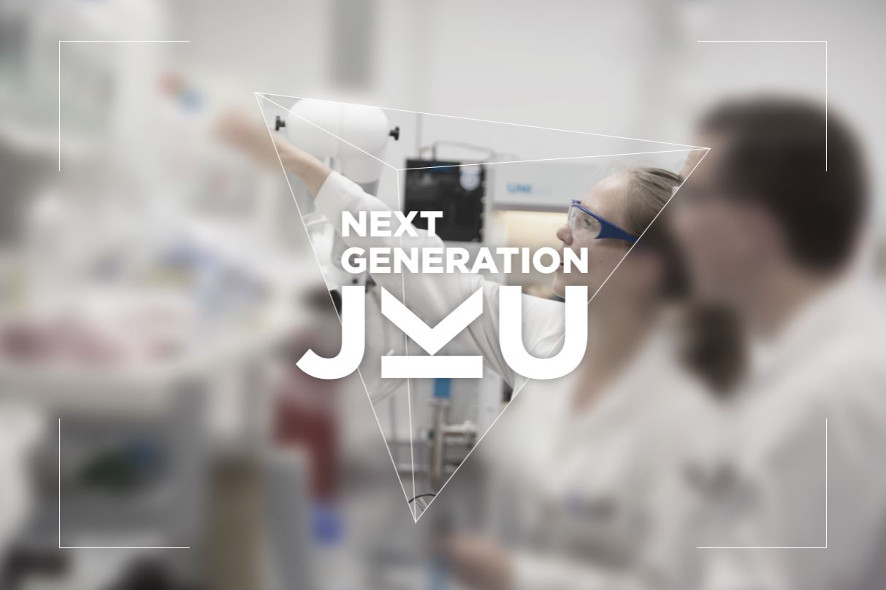 Next Generation JKU is a five-part presentation series meant to acquaint the general public with the latest socially-relevant research results achieved by young scientists on the faculty of Linz’s Johannes Kepler University.