Future Innovators Summit 2017: A Creative Think Tank for Big Questions about the Future 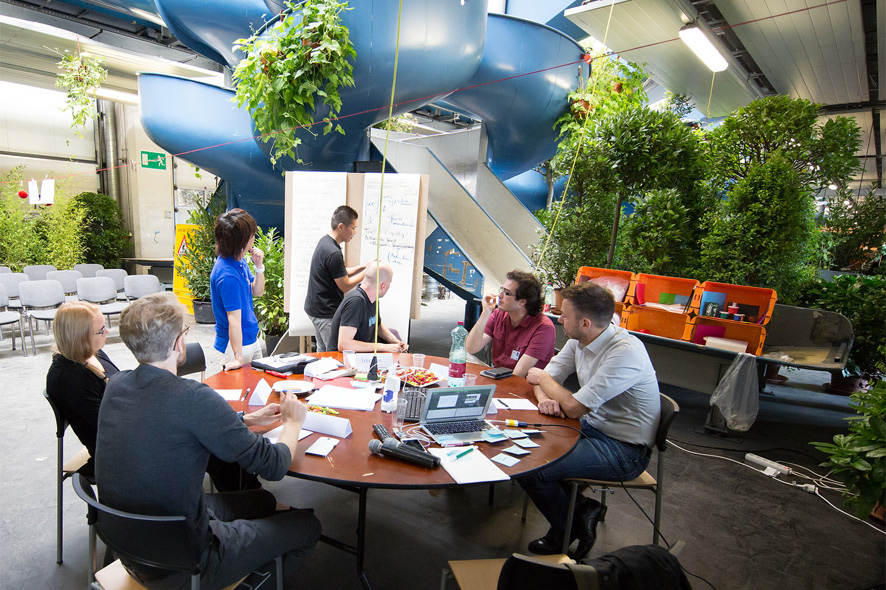 We human beings still have the decisive advantage: the capacity to ask ourselves questions about the future of our world. And perhaps it won’t even be too long before artificial intelligence insinuates itself here too and speaks to us on its own behalf on this topic! Things haven’t reached that point yet, but it’s already clear that posing the right questions is what it takes to yield promising answers. And this is precisely where the Future Innovators Summit comes in. Hideaki Ogawa, a staff researcher at the Ars Electronica Futurelab, is producing the FIS at POSTCITY Linz in cooperation with Japanese advertising agency Hakuhodo and the Internet Foundation Austria (netidee). Here, he talks about what’s on tap at the 2017 Future Innovators Summit, which is set for September 7-10. The deadline to apply for a front-row seat at the round-table discussion is July 17th. For details, go ars.electronica.art/ai/fis. 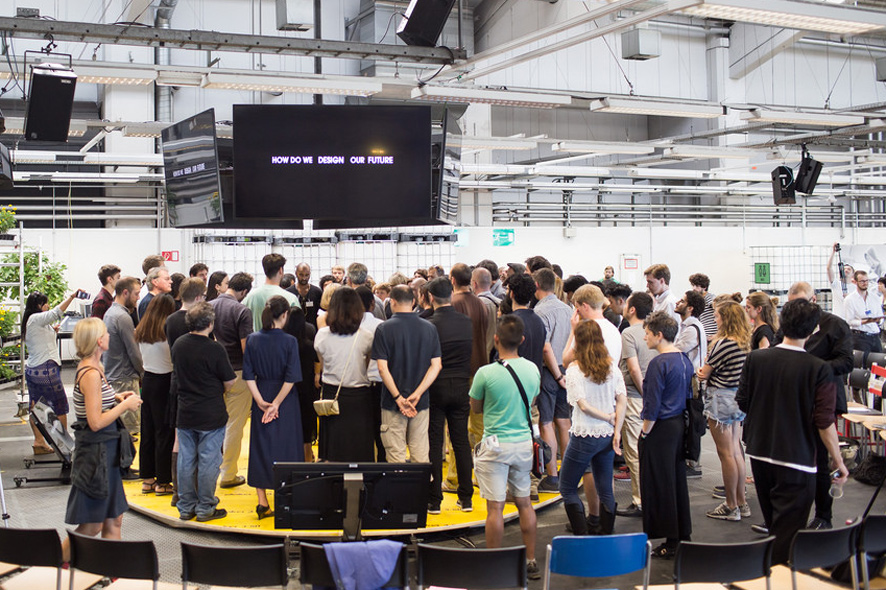 What is the Future Innovators Summit all about?

Hideaki Ogawa: The Future Innovators Summit is a creative community and a system to extract the ultimate creative questions, which will lead us to thinking of missions for tomorrow. Actually, the FIS was launched in 2013, so this will be its fourth year. We are facing new and uncertain situations these days when we consider current political events and fast-paced technological developments. The theme of this year’s Ars Electronica Festival, artificial intelligence, is a relevant topic to address how people are now facing these uncertain situations in many points. What we have developed is a place where people can discuss the questions that are really determinative for the future. One could say that FIS is a natural consequence of people’s need for such a discourse about what humanity means in the future.

“FIS is now becoming a kind of think tank within the Ars Electronica Festival. Our goal is to extract the creative questions, which will lead us to thinking of missions for tomorrow.”

So, the outcome of the Future Innovators Summit will be questions…

Hideaki Ogawa: Yes! Normally have people tended to look for answers. But we are looking for questions, so this is the most interesting difference from formats like hackathons or other creative conferences. Of course, we can think about answers together, but the most important thing is really to find questions. Every year, innovators from all over the world are generating these kinds of questions in the Future Innovators Summit, as you can see in our documentary.

You’ve set out three themes; please tell us more about them!

Hideaki Ogawa: In 2017, we are setting out three themes: Future Humanity, Future Work and Future Home. Let’s talk about Future Humanity. Since Ars Electronica is always interested in thinking about the future of humanity, how do we think about the meaning of ourselves? Historically, we humans are always developing technologies and new creative applications to make a better society. Artificial intelligence, “The Other I,” is a very interesting metaphor to take technology as a mirror to understand ourselves. In this situation, how is humanity changing or not changing at all? And what is a human being nowadays? How can we be more human?

Future Work is closely connected to the artificial intelligence theme. There are a lot of articles about how artificial intelligence is changing our situations in the workplace. Just imagine how it was many thousands of years ago! Did we work? When was the working formed? What’s going to be the work of the future? If you connect this with the festival theme: How many jobs we used to believe only humans can do might be replaced or changed by artificial intelligence? If we don’t need to work anymore, what do humans need instead of working? We are talking about the meaning of working in the future.

Finally, Future Home is about the initial questions of where are we going home? In my case, I’m from Japan but I’m living in Austria, so where is my home? I have many homes now. Homes might be family, community. The meaning of home is drastically changing nowadays. In this third section, we are talking about the core factors that give us the feeling of being at home. This is, again, relevant to discuss in order to understand ourselves. Subsumed under the big theme “AI – The Other I,” we are talking about quite essential aspects of humanity. 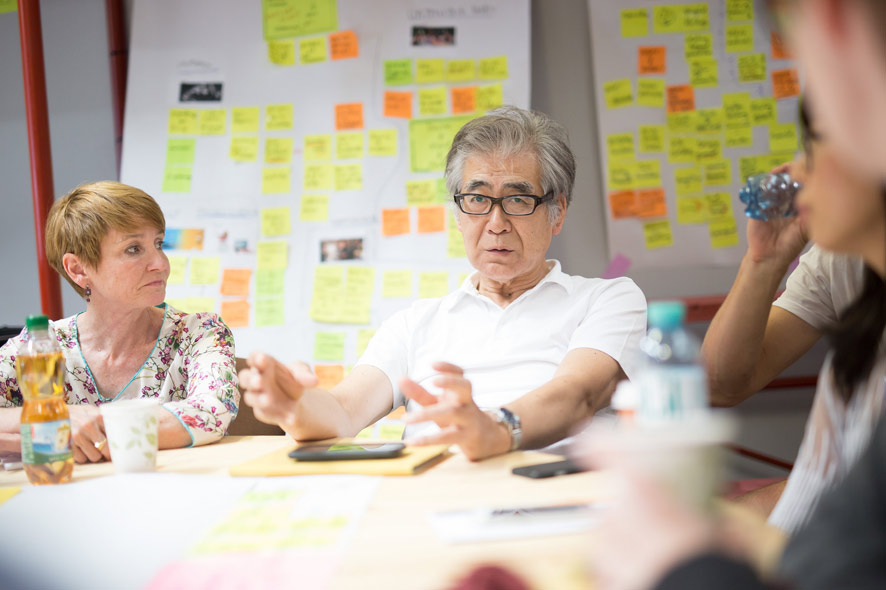 Who will discuss these topics?

Hideaki Ogawa: We are very interested in people who answer the initial questions that we’re listing. If you have any ideas or responses to answer those initial questions we have listed, whether you’re an artist, designer, engineer, scientist, entrepreneur or philosopher, send us your ideas and a video statement to apply!

We will also have mentors at the Future Innovators Summit who will contribute their experience and share their know-how with the innovators. The lineup is still being discussed but if you look at previous years, you can see the many interesting people who participated: Mentors in the past years included Victoria Vesna (artist and professor at UCLA Department of Design), Peter Wouda (Design Director at Volkswagen Future Center), Hiroshi Ishii (professor at MIT MediaLab), Geeta Mehta (professor at Columbia University), Oliviero Toscani (photographer), Joachim Sauter (founding member and Head of Design at ART+COM), Alexander Mankowsky (futurologist at Daimler) as well as Robert Madelin (EU-Commission/ Senior Advisor for Innovation). This year we are also very much interested in inviting philosophers as well, and not just people who think practically. So, we will have a nice balance to discuss these questions with philosophers as well. 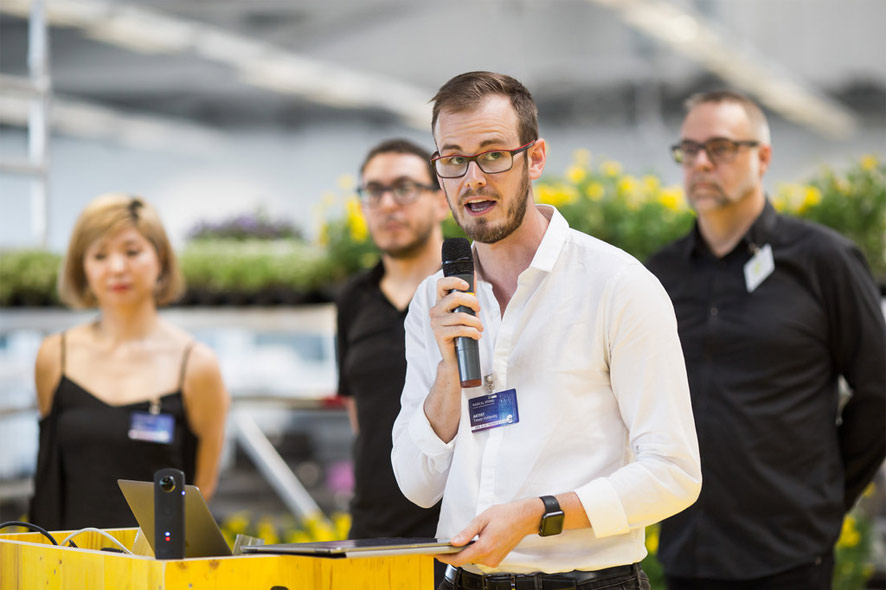 Hideaki Ogawa: The 2017 Future Innovators Summit is taking place over four days during the Ars Electronica Festival in POSTCITY the Post Office’s former distribution center in downtown Linz. We are starting on Thursday, September 7, 2017 with a kick-off event. The second day is an inspirational day, when attendees will participate in conferences or attend exhibitions. Saturday will be an intensive day to discuss the creative questions and missions for tomorrow. On the final day, Sunday, September 10, 2017, we are holding the final presentation.

And festivalgoers have the possibility of listening to every discussion at POSTCITY?

Hideaki Ogawa: Correct, it’s a totally open framework. The Future Innovators Summit is always open to audience participation. If someone is interested in joining the discussion, why not? In this way, the FIS is creating a unique environment where people can participate in the philosophical discussions about future directions from the perspective of different disciplines. I think this is still a pretty unique environment that Ars Electronica can provide for many types of people. 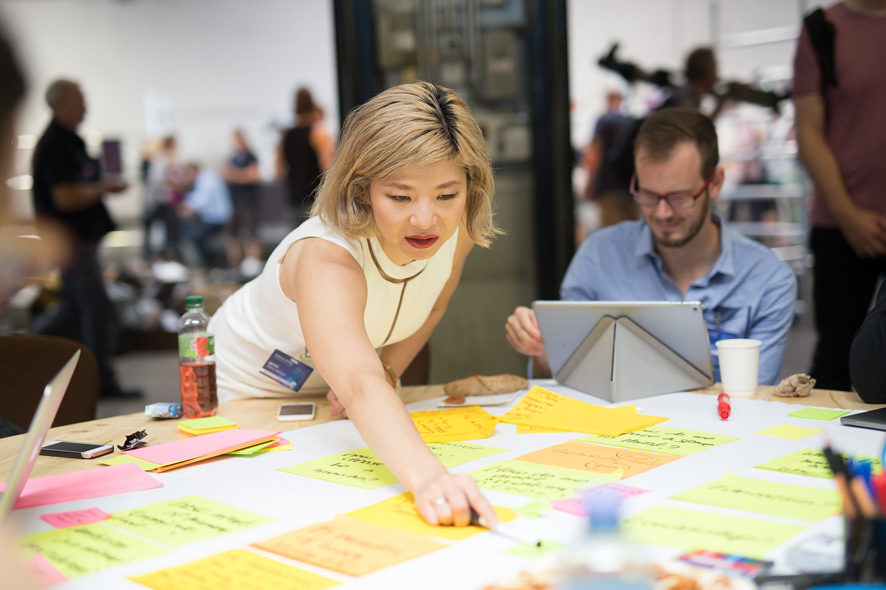 Who is behind the Future Innovators Summit?

Hideaki Ogawa: The Future Innovators Summit itself has been developed by the Ars Electronica Futurelab and Hakuhodo since 2013. It was previously entitled the Future Catalysts program. Since that year, our alliance has expanded with the creation of the Ars Electronica Tokyo Initiative, a mission-driven community to really act for shaping a better society together with artists and firms. Originally, art was not the core driving force for industries, but now we’re trying to form a unique meeting point between art and industries—stimulating innovation, visions and social discussions. The Ars Electronica Tokyo Initiative is a community for discussing potential missions for the future. A mission includes intention and also a wish to do something. But this should be done together. The City of Tokyo, the headquarters of Hakuhodo, is one of the biggest ongoing social and future-orientated experiments. Together we are now trying to catalyze this new role of art for society. The Ars Electronica Tokyo Initiative is also co-partner and a background force to sustain this Future Innovators Summit. The Internet Foundation Austria with their netidee is also part of the Future Innovators Summit. 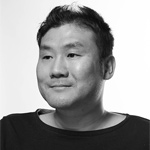 Hideaki Ogawa (JP/AT) is a creative catalyst, artist, curator and researcher in the field of art, technology, and society. He has realized many projects for innovation with industries such as Honda R&D, Toshiba, Toyota and Hakuhodo etc. Specially, his focus is about Art Thinking to catalyze innovation.  His leading project, Future Catalysts, is a creative and innovation base jointly-developed by Hakuhodo and Ars Electronica.  Through “synergy” with distinctive worldwide innovators in the fields of art, science, and technology, the project produces new concepts, ideas, and strategies that serve as answers to various “creative questions”. In addition to the artistic innovation research, he has realized international projects for festivals, export programs like Ars Electronica in the Knowledge Capital and the Ars Electronica Center. His special theme is about “Creative Catalyst” and “Robotinitiy – what is the nature of being a robot”. He is also a representative and artistic director of the media artist group “h.o.”. He searches for witty new idea depending on current social contexts, and Hideaki Ogawa is realizing artistic expressions with the speed of technological progress.