Not Your World Music: In Search of Traces in Southeast Asia 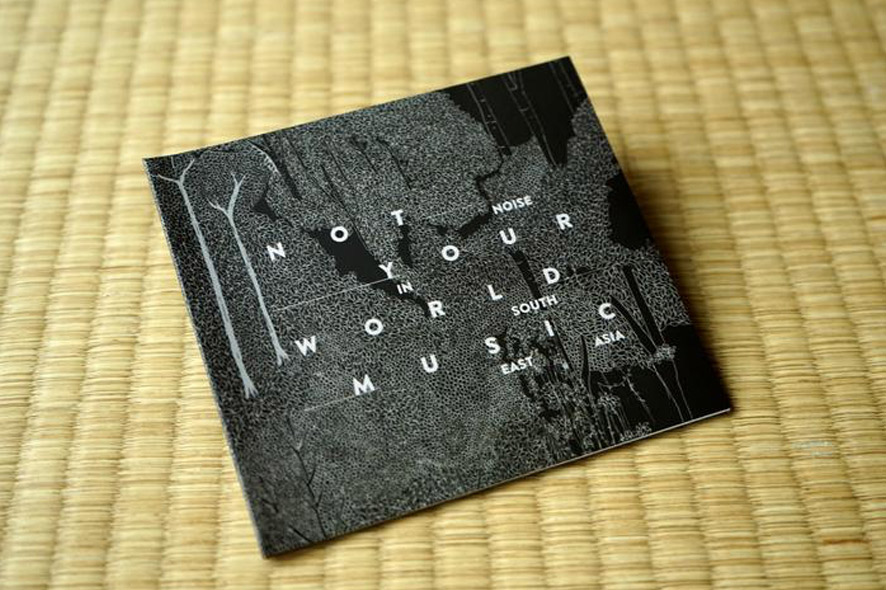 World Music and Noise are, at first glance, two very different genres, and discovering and documenting these experimental forms of music and sound art in Southeast Asia are no less surprising. But “Not Your World Music: Noise In South East Asia” by Dimitri della Faille and Cedrik Fermont isn’t only a documentary project; it’s also an impressive artistic confrontation with art, politics, identity, gender and global capitalism.

Their collection of sounds spans huge arcs from electro-acoustic and experimental all the way to industrial music, from the past to the present, and from Indonesia via Singapore to Myanmar. In the form of a book and a CD, “Not Your World Music: Noise In South East Asia” contains political, historical and sociological essays about the artists involved and interviews with them. Now, we’re very much looking forward to finding out from this year’s Golden Nica recipients in the Digital Music & Sound Art category how this project came about.

At the Prix forums of the 2017 Ars Electronica Festival on September 9, 2017, the artists talk even more about their project. On bandcamp.com you can listen to excerpts from “Not Your World Music: Noise In Southeast Asia”. 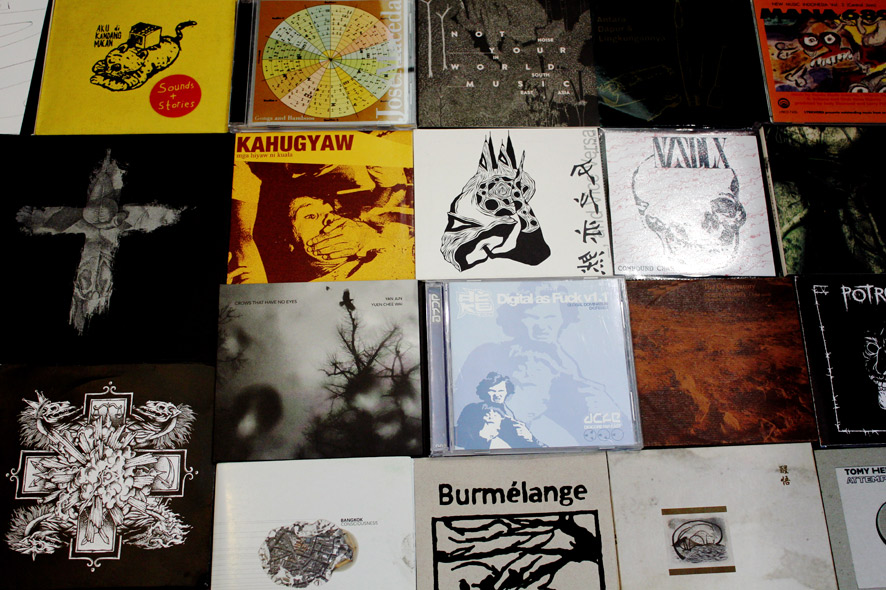 How did you get involved with the South East Asian region? What was your impetus of starting the project “Not Your World Music: Noise In South East Asia”?

Cedrik Fermont: Around the mid 1990s I started to try to find electronic and experimental music artists outside of Western Europe and North America as I was convinced that this kind of music existed outside of our bubble. Step by step I discovered more and more artists and in the early 2001 I started to be in touch with artists and labels from Singapore and China above all and in 2004 I performed for the first time in Bangkok and came back a few months later in 2005 to make a six months tour in South East and East Asia to perform, collect music, meet musicians, composers and organisers. Many Westerners would tell me I would never find anything there, especially in places like Vietnam, Indonesia or China and they were all wrong, I wanted to challenge that narrow-minded view.

I kept traveling (also in the Middle East and North Africa), meeting artists and publishing compilations including some of those artists. Since then I have been back in South East and East Asia very often and wrote a bit about it in several articles and essays.

“To me it was and still is important to show that many artists in Asia and Africa are active in the field of sound art, electronic music, noise, electroacoustic music and so on because still today many people see most Asian and African countries like backward places even though a quick search on the internet would easily open their eyes.”

Dimitri knew I was attempting to write a book about Asia and Africa but could see that I might never publish anything due to the fact that I tend to gather a lot of information but my thirst for knowledge often pushes me to research more than to publish. As he had also explored the region, he proposed me to write a book together and so was born the project. 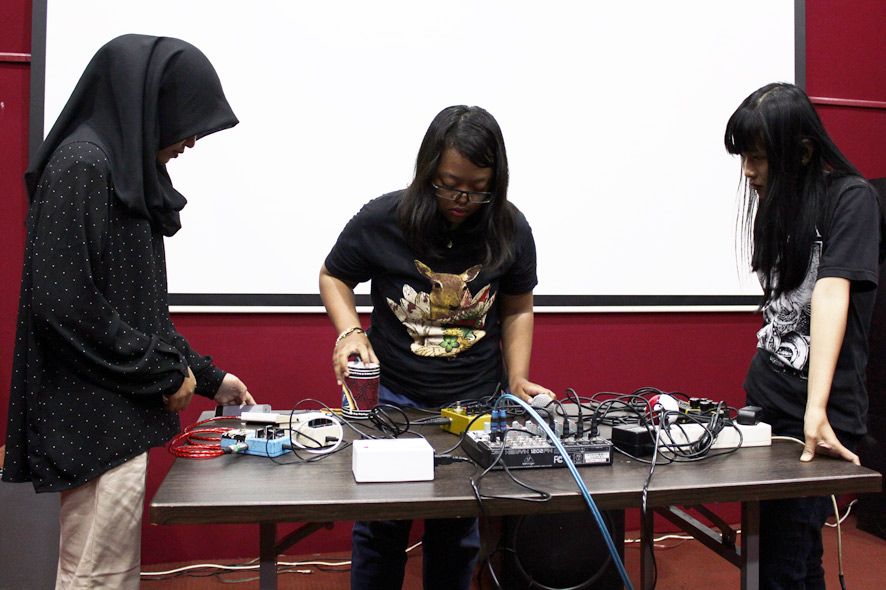 Dimitri della Faille: For professional reasons I got to travel a lot in South East Asia in the past ten years or so. Since then I traveled to every country in the region. And to some, several times. Thanks to the example set by Cedrik I decided to get in touch with people in Indonesia on my first trip there in 2011. I have been performing in Asia since 2005, but it was my first time performing in South East Asia. Cedrik really introduced me to many artists and scenes I was not familiar with.

In 2014, during a six months stay in South East Asia I got to travel more intensively and meet even more people, observe more of the scenes there than I had on previous trips. It was during that stay, when I was at the University of the Philippines and skyping with Cedrik that we decided to start writing about the scenes. Cedrik had done already a lot of the documentary and discography research. At the time, the project that was not as ambitious as the book. Based on our experience, our reflections and research we wanted to answer some of the burning questions we had.

I think the most crucial element that gave us the impetus, was our desire to understand the historical, social and cultural dynamics explaining the vivacity of the noise scenes in Indonesia. We started to reflect on how different they were than in other societies of the region. Because we needed to compare, to contrast, to accumulate data and to hear it from the people who make the noise scenes of South East Asia it could not be just a project for few pages. That initial impetus was directed by our political views and our criticism of colonial and sexist views. 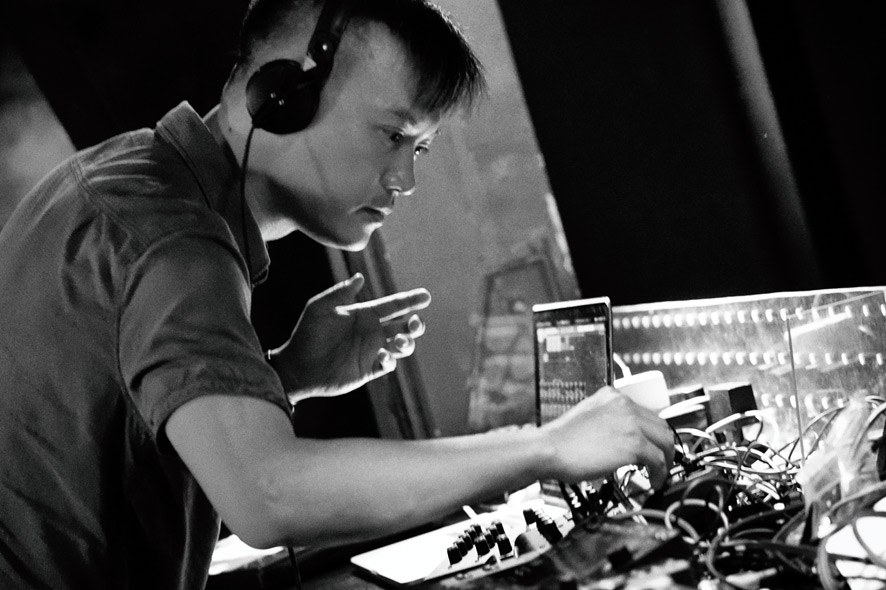 How difficult was it to get in contact with all the diverse artists and musicians?

Cedrik Fermont: For me it was easy as for more than a decade I went back and forth between Europe and Asia and almost all countries there.

Dimitri della Faille: Well, in most cases we had met the people included in the book. It is based on hundreds of hours of face to face discussion. Between Cedrik and I we had many email addresses, and ways to get in touch with the artists and musicians. The real difficulty however was to convince them that people would be interested in learning from them. It took some convincing with artists and musicians to send us the information we needed and also to answer our questions.

What surprised you most during your research?

Cedrik Fermont: The lack of documentation in and about the Philippines. The gigantic amount of artists and collectives in Indonesia.

Dimitri della Faille: The research took years. And Cedrik has accumulated much of the factual data over years. But what surprised me in the process of putting the book together is that many musicians were skeptical about the interest of the global public for their local activities.

That’s not a simple question but what do you think are the similarities of Southeast Asian noise and experimental music? And in which way do they differ from each other?

Cedrik Fermont: I think that noise is in essence a form of experimental music, a very specific one. I would find similarities between the noise and experimental scenes in South East Asia in the way artists and networks support each other this due to various factors among them the fact that many artists involved in both scenes have a punk, metal or grindcore background, scenes known for their unity.

Dimitri della Faille: For the book, we sort of decided not to focus too much on the esthetical differences between the genres. Yes, there is an attempt to define different genres of noise music in the book. But what we saw, in the case of many scenes, that borders between the genres are permeable. And if the genres may seem different, in many instances, the social practice, the economic models or the challenges were very similar. Because of various reasons, some genres are more prone to be critical of society and politics. And that has an influence on how the scenes are organized. And I would add that beyond similarities in styles, between countries there are large differences, for instance in the size of scenes and social-economic backgrounds of those active in the scenes. 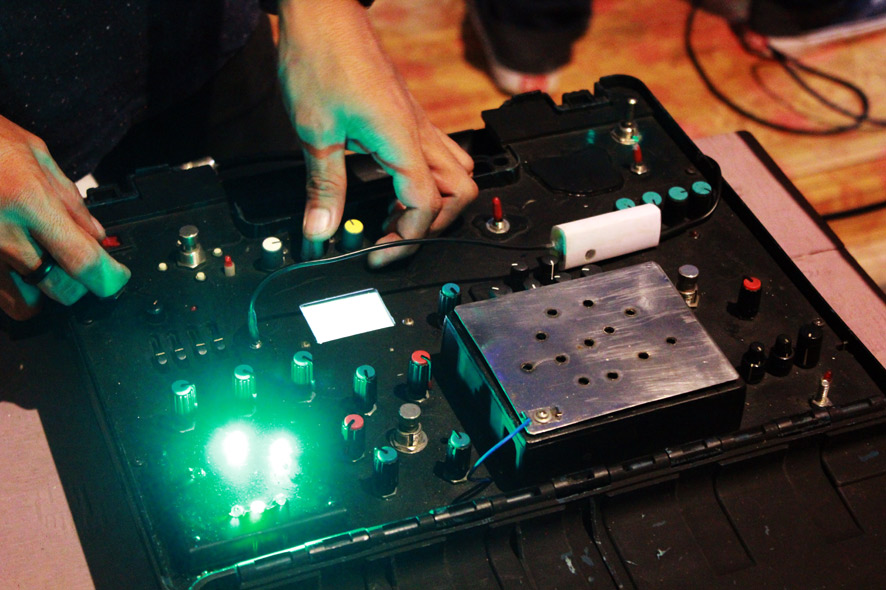 One last question: Where do you prefer listening to music? Do you close your eyes?

Cedrik Fermont: I usually prefer to listen home or any quiet place with a good sound system and no-one to disturb to feel completely immersed. Closed eyes if I can afford to focus but I listen to music almost all the time when I’m home anyway, if I do not make any myself. I cannot solely focus on what I am listening to while working of course but I do my best. I enjoy a lot to go to concerts even though the conditions are often not optimum.

Dimitri della Faille: I always listen to music or sound experimentations. But in various ways. Sometimes I just put background music on when I work or when I do chores on my desktop computer or on my sound system. Sometimes, when I travel. It is either on my iPod or on my laptop with headphones or bluetooth speakers. I wish I was able to spend more time in analytical listening, with my eyes closed. But that rarely happens. 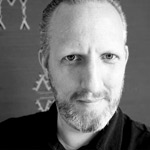 Dimitri della Faille (BE/CA) born in 1973, is an artist and a scholar based in Ottawa, Canada. He holds a PhD in sociology and is a tenured professor of international development at Université du Québec en Outaouais. As an experimental musician, Dimitri has been active since 1997 and has extensively toured Asia and Latin America. In 1998, he founded the independent record label, Disques Hushush, from which he has released about 25 CDs and vinyls from experimental and noise artists from Europe, Asia, Latin America, and North America. 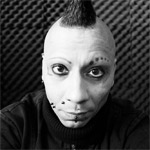 Cedrik Fermont (CD / BE / DE), born in Zaire (DR Congo) in 1972, known as C-drík or Kirdec, is a composer, musician, author, concert organizer, and radio host who grew up in Belgium and is now based in Berlin. He started his first industrial and noise band, Crno Klank, in 1989. He studied electroacoustic music in Belgium, under the direction of Annette Vande Gorne in 1997. He is active solo and in several music projects such as Axiome and Tasjiil Moujahed. He is the manager for Syrphe, a platform, radio show, and label mostly but not exclusively focused on alternative electronic, noise, and experimental music from Asia and Africa.