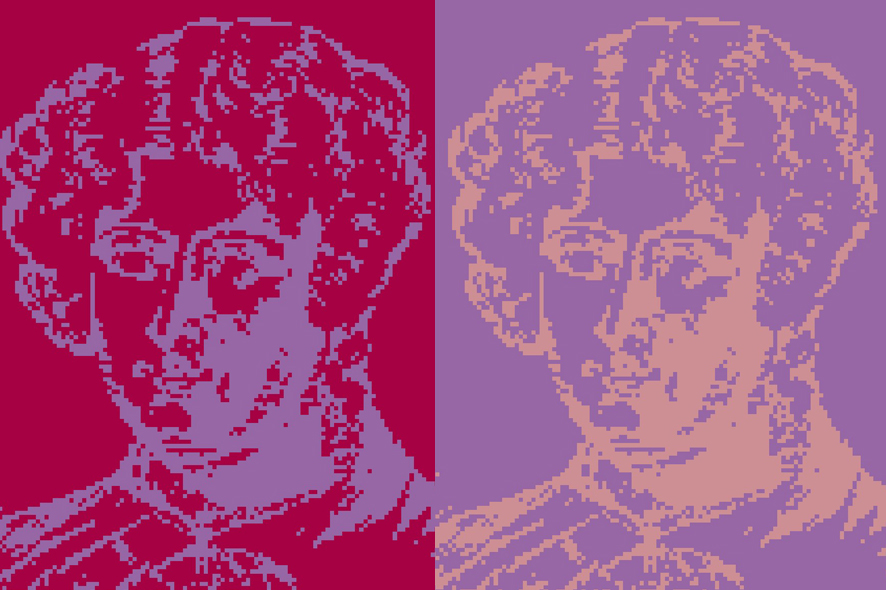 Who was Marianne von Willemer? The Linz native after whom the digital media prize awarded by city’s Bureau of Women’s Affairs is no more well-known now than she was during her lifetime in the 18th and 19th centuries. Extraordinary, since—unbeknownst to most observers—she is actually the author of some of the most beautiful poetry in Goethe’s “West-Eastern Diwan.”

Since women—in digital art as in most other areas of life—are still, even now, often consigned to the shadows, and since this is something that ought to change, the City of Linz’s Bureau of Women’s Affairs awards the Marianne.von.Willemer Prize for Digital Media on a biennial basis. According to Commissioner of Women’s Affairs Eva Schobesberger: “Digitization is rapidly changing our world and the way we perceive it. So it’s even more important, from a feminist perspective, that this social development be critically scrutinized, questioned and analyzed, especially by female artists.” Therefore, the City of Linz, dorfTV and Ars Electronica cordially invite all female artists living and working in Austria to submit a work for prize consideration. The entry deadline is July 15, 2018.

We recently talked to the jurors Dagmar Schink, director of the VALIE EXPORT Center Linz, Brigitte Vasicek, head of Linz Art University’s Time-based Media program, and Rosa von Suess, lecturer at the University of Applied Sciences St. Pölten in the Department of Media and Digital Technologies, to learn more about the Marianne.von.Willemer Prize for Digital Media. 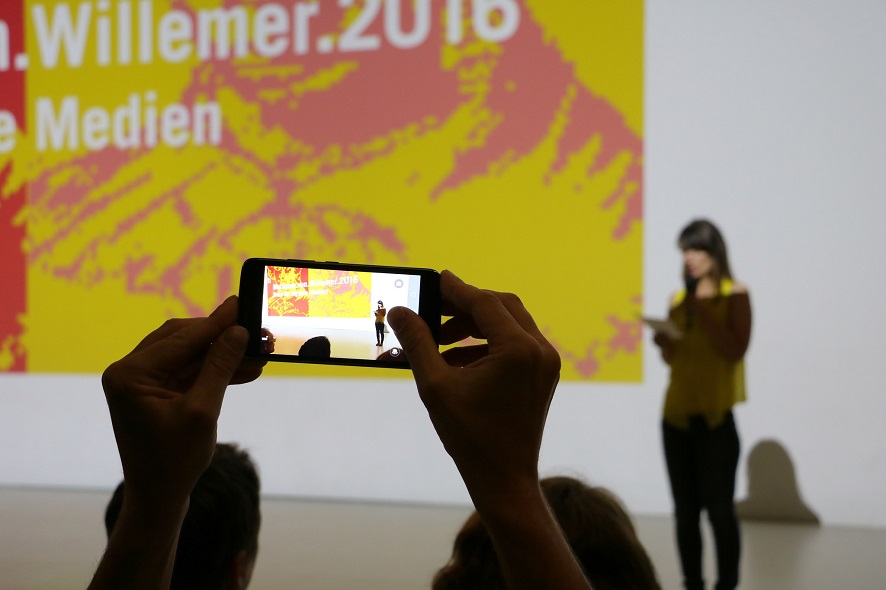 Why is it important to foster work by women in digital art and digital media?

Dagmar Schink: In my opinion, the Marianne.von.Willemer Prize is an essential and important instrument to showcase and honor excellence. This duality is very important, in that it creates a platform for publicizing works and also gives positive feedback in the form of a prize.

Women working in all genres are still disadvantaged, not only in digital media and digital art. In contemporary art, it’s also the case that most of the platforms are festival-oriented, which is why it makes sense to create another means of generating visibility. It’s also essential to implement a sort of network character. We’re looking forward with a tremendous sense of anticipation to assessing the entries and discovering new artists, new means of expression and new techniques. It’s a learning process for the jurors as well to stay in touch with what’s happening now.

Brigitte Vasicek: For me personally, this isn’t just a matter of digital art; this is actually about the big picture, about making women more visible. Women are still confronted by tremendous restrictions and limitations. These facts & circumstances are often addressed in artistic terms by women; in fact, it’s almost the driving force, and this is very evident from the works of art submitted for prize consideration. That’s why it’s important to at least have something to prominently showcase these works. But the prize is also important as a springboard. Winning it brings in funding, and thus the chance to bring another work to fruition. Those are what I see as the two most important points—the visibility and recognition, and the opportunity to parlay the prizemoney.

Rosa von Suess: It is evident that throughout Austria subsidies, exhibitions, performances, collection´acquisitions and prizes that can be attributed to media art are awarded far less often to women than to men. However, the training and study places and successes in this area are distributed equally to both male and female students, and graduates are even more likely to be female. It could be described in such a way that either the training and its qualifications are of little relevance or that the disadvantage is systematically conditioned. As long as this significant gender imbalance in the distribution of resources is part of our reality, we need tools to point this out. 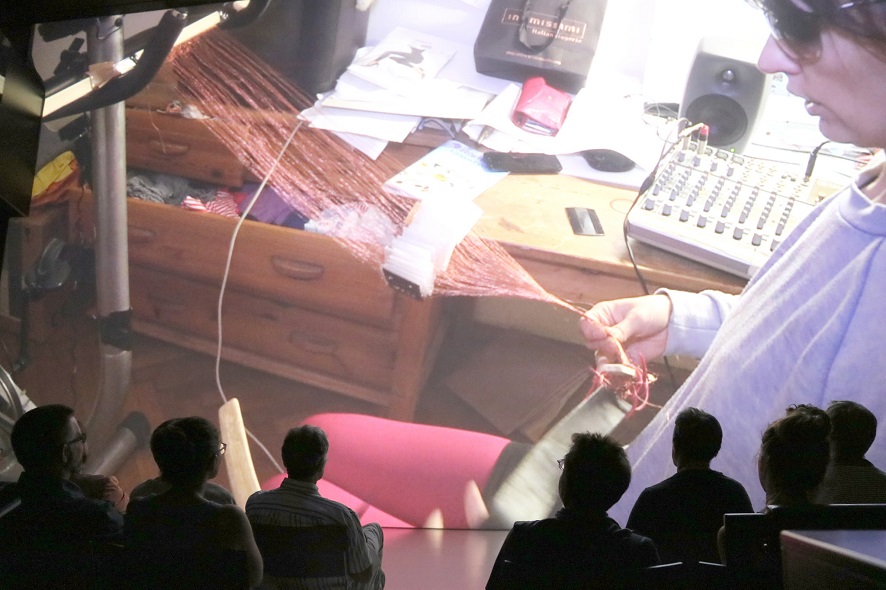 Why is there this disparity between men and women in media art?

Brigitte Vasicek: Seen historically, art is made by and for men. This is evident in the educational canon too. Just last week, the educational standard in literature was published—a list of men. This is precisely where it begins. Women are invisible. What are needed now aren’t only debates but deeds. And the Marianne.von.Willemer Prize takes action. It’s not just talk about the fact that women have been doing digital art; it does something too, and that’s what’s needed.

Dagmar Schink: Presumably it’s just a prejudice that, for me, is utterly incomprehensible, but that’s nevertheless so hard to dispel—namely, the irreconcilability of women and technology. Thinking logically isn’t connected to only one gender, and neither are humor, irony, reflection or making a socially relevant statement. Generally speaking, media art is a genre that functions with difficulty on the art market; this is clearly evident in the development of female media art pioneers to this very day. This art is more difficult to collect and to exhibit, and it’s harder to get across what it’s all about. As a result, it’s especially valuable to support this art and to foster people’s encounters with it. This is also historically determined to be sure, in that there have been far more male curators and collectors, so that this is a development in which women are placed at a disadvantage, just as they are throughout society.

What would it take to do away with this disequilibrium?

Dagmar Schink: There has to be equal opportunity for men and women throughout society—equal pay, equal esteem, seeing to it that women have access to the same possibilities men have. That would change a lot because then it wouldn’t matter what gender a person is; then, the expression and the artistic means of expression would be the only things of importance. Only the content would matter. But the way it is now, it’s always a matter of authorship. As long as that doesn’t change, it has to be fostered and we have to continue to focus on it. In everyday life as well. 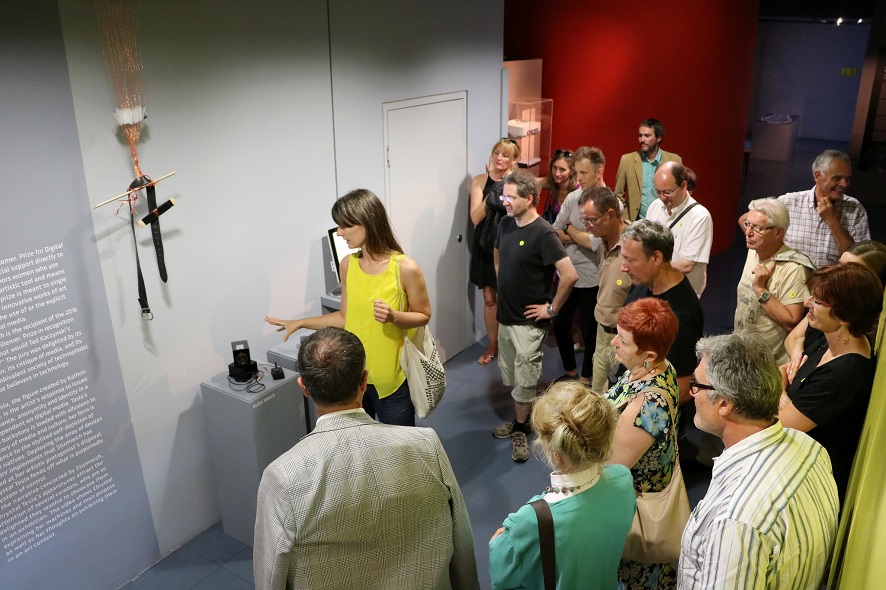 Brigitte Vasicek: For female artists, it’s a matter of no small importance to have a prize like this on their résumé. Also, that they can start giving some thought to the next project, as well as the confirmation that they’re on the right track. Art by women often doesn’t get much of an audience, which is unfortunate. It’s all too often shown as a “special” category, put in quotation marks, and a prize like this makes an impact on that as well, even if it’s only the reportage in the media. Here, I really have to say that Linz has done something great with this Marianne.von.Willemer Prize.

Submitting an entry to a competition of this kind isn’t even always a matter of being the winner. There’s another factor. A jury examines these works, and does so very exactingly. One has more time to do it than one has at an exhibition. For instance, during the deliberations, one juror might say: “This work is outstanding. I need this for my next exhibition!” It has a multiplier effect, and that’s important. Submitting an entry is something like starting a dossier; an artist announces the themes she’s working on, which can be important is a curator is looking for something for a particular show.

What are your expectations for this year’s prize, what are you looking forward to and what to you hope for?

Rosa von Suess: I wish for an annual Marianne von Willemer exhibition to go with the prize, in order to make a part of contemporary media artwords available to a braoder public.

Dagmar Schink: I expect to encounter exciting entries. Another expectation—one I’m sure will be fulfilled—is that I’ll get to meet artists whose work is new to me, and that my experience as a juror will be an artistically enriching one. In any case, I expect to undergo a learning effect.

Brigitte Vasicek is head of the department for Time-Based Media at Linz University for Art and Design.

Dagmar Schink is alumni of Linz University for Art and Design in the department of Room & Design Strategies and has worked in the following Art and Cultural Institutions: Stadtwerkstatt, OK Offenes Kulturhaus, Crossing Europe Filmfestival and Linz University for Art and Design. Her focus in on fine arts and time-based media. Since 2017, Dagmar Schink works as director of the VALIE EXPORT Center Linz, a research center for media and performance art.

Rosa von Suess is a lecturer at the University of Applied Sciences St. Pölten in the Department of Media and Digital Technologies. She is Assistant Degree Program Manager for Media Technology (BA), Head of Film, TV & Media – Creation and Distribution (MA) and leads the educational TV program c-tv. In addition, she is advisor for New Film Formats, Design and Communication, Media and Moving Image u. a. for the Austrian Federal Ministry of Education and Kunst, Eyes & Ears of Europe, the Province of Lower Austria and the City of Linz.

The deadline for entries to the competition to award the Marianne.von.Willemer Prize for Digital Media is July 15, 2018. Details are available on the City of Linz’s website. Or submit directly via this link.