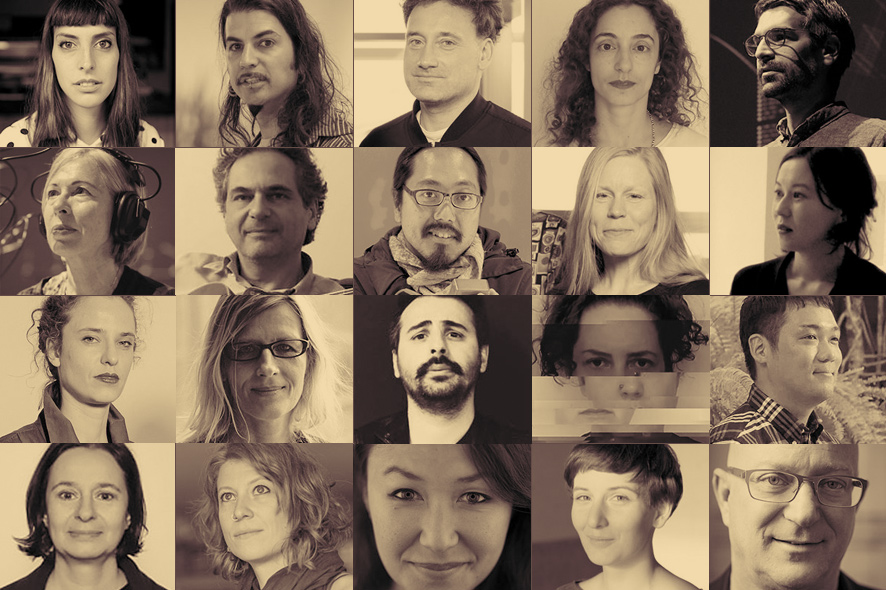 Until March 11, 2019 there is still the possibility to submit your project in the categories “Artificial Intelligence & Life Art”, “Digital Musics & Sound Art”, “Computer Animation” and “u19 – CREATE YOUR WORLD” (for the children and youth category the submission deadline is even one week longer and ends on March 18, 2019). The prizes are up to 10,000 euros for each category and the Golden Nicas of the world’s most traditional media art competition. More information on the Prix Ars Electronica can be found at ars.electronica.art/prix.

Of course, the winners have not yet been determined. But what we already know for certain are the jurors of the 2019 Prix Ars Electronica. Each year, they provide the categories with the necessary broad background knowledge, the wealth of experience of their disciplines and the willingness to discuss the issue when it comes to agreeing on a common factor, on the winner. From April 11 to 14, 2019, they will be coming to the Ars Electronica Center in Linz to jointly decide on the winners of the Golden Nica 2019. We will introduce the jurors briefly here:

Let’s start with the new category “Artificial Intelligence & Life Art”. With Moon Ribas, a Catalan avant-garde artist and cyborg activist, we are already deeply immersing in the material of the category: Thanks to an implanted seismic sensor that transmits earthquakes to her body, or more precisely to her feet, via an online interface, she can capture its vibrations in real time and express them, for example, through dance performances.

We already know Memo Akten from his visualizations like “Forms”, for which he received the Golden Nica in 2012 together with the artist Quayola. We already know him as a juror of the 2017 Prix Ars Electronica, and since the past Ars Electronica Festivals at the latest, he has been a familiar name when it comes to approaching the visual side of artificial intelligence.

Jens Hauser is another well-known face whose input we look forward to again and again. The interest of the media scholar and art curator is located precisely at this interface between art and technology, at this cross-border genre of life art.

Irini Papadimitriou has been Creative Director at FutureEverything for several months. As an accomplished curator, producer and cultural practitioner, she has led a number of high-profile cultural initiatives, including the Digital Design Weekend and Digital Futures at V&A in London, and the annual Digital Performance Festival at Watermans. She is co-founder of the Maker Assembly and co-curator of the Art + Data Experience at Mozilla.

The fifth juror in this round is Vladan Joler, Managing Director of the SHARE Foundation and Professor at the Department of New Media of the University of Novi Sad, Serbia. He is particularly fond of data analysis and data visualization.

The next category is “Digital Musics & Sound Art”, which is announced every second year. Christina Kubisch is a member of this jury this time. She belongs to the first generation of sound artists, taught audiovisual art as a professor and has started performing live again in recent years.

François Pachet brings artificial intelligence and music together. At SONY Computer Science Laboratory Paris, he developed several award-winning technologies that paved the way for AI-based film music composition. He is currently Director of the Spotify Creator Technology Research Lab, where he is developing the next AI tools for musicians.

With his installations, Soichiro Mihara makes the inaudible such as radiation or air currents audible and thus inspires our reflection. For “Bell,” he received recognition at the Prix Ars Electronica in 2015; now he himself is a juror in this category.

Rikke Frisk, founder and co-director of Indgreb in Copenhagen, will also be there. Her most recent initiative is Talk Town – a debate festival on gender, equality and feminism. Previously, she led Strøm, one of Scandinavia’s leading electronic music festivals, for several years. This is her third time as a juror at the Prix Ars Electronica.

Shilla Strelka completes the jury of the category “Digital Musics & Sound Art”. She is a cultural journalist, curator, concert promoter and DJ in Vienna. Her focus is on contemporary forms of electronic music and the communal rhythms of high and counter culture.

Alex Verhaest is the winner of the Golden Nica and this year she is again a juror in the category “Computer Animation”. The filmmaker’s interest revolves around the interactive component in narrative film art. With her award-winning project “Temps Mort/Idle Times” she caused a stir.

Ina Conradi has been fond of creating digital paintings. She is an associate professor at Nanyang Technological University Singapore and runs a studio in Los Angeles. Her film “Chrysalis” was awarded the Lumiere Award in 2018. She received the Raw Science Film Festival Award 2019 for the latest cooperation project between digital medicine and art in cooperation with Fraunhofer MEVIS.

Spectacular visualizations, such as those repeatedly shown at the Ars Electronica Center’s Deep Space 8K, are OUCHHH’s trademark. Ferdi Alici, who likes to be inspired by science, is the founder and managing director of this agency. At the Ars Electronica Festival 2018 in Deep Space 8K, OUCHHH presented “Poetic AI”, visualizations created through machine learning and AI algorithms.

The artist and Reader in Moving Image at the University for the Creative Arts Birgitta Hosea, on the other hand, has a focus on expanded animation. Her recent solo exhibition “Erasure” was shown at Hanmi Gallery in Seoul, South Korea.

With its company “New Deer” Nobuaki Doi wants to help various talents to find their way in the world of animation – among the services are the distribution of films, planning and management of various events and festivals, production and coordination of films and commissioned works. He is also director of the New Chitose Airport International Animation Festival.

The jurors in the category “u19 – CREATE YOUR WORLD” will decide on the “Young Creatives” from 0 to 14 years and on the “Young Professionals” from 14 to 19 years from Austria. The jury member Sirikit Amann should be mentioned first and foremost – she has been a member of this category since its inception. When she is not sitting in the jury round, she is head of cultural mediation at KulturKontakt Austria, a non-profit association in Austria that is committed to the promotion of education and culture. The moderator Conny Lee of the Austrian radio station FM4 is also a regular guest – she brings her favourite topics such as games, literature and comics to the jury round.

Anita Landgraf is a specialist in board games and co. She is the owner of the agency White Castle Games in Vienna, which is primarily aimed at game authors, publishers and companies.

OPEN COMMONS Linz is concerned with the promotion of digital public goods in an open digital society. Magdalena Reiter not only leads this initiative, she has also set others in motion here in Austria, such as “Jugend hackt” or the technology format “Hello World” for children aged 8 to 12.

The u19 jury closes with columnist and book author Nikolaus Glattauer. Today he is no longer deputy editor-in-chief of the Austrian magazine NEWS, but school director. With his non-fiction books such as “Der engagierte Lehrer und seine Feinde” [The Engaged Teacher and his Enemies] and “Die PISA-Lüge” [The PISA Lie], he still dedicates himself to the topics of education and schools in Austria.

And now it’s your turn to submit your entries to the Prix Ars Electronica until March 11, 2019! Read more on ars.electronica.art/prix!