”Ars Electronica Campus is like a chamber of wonders” 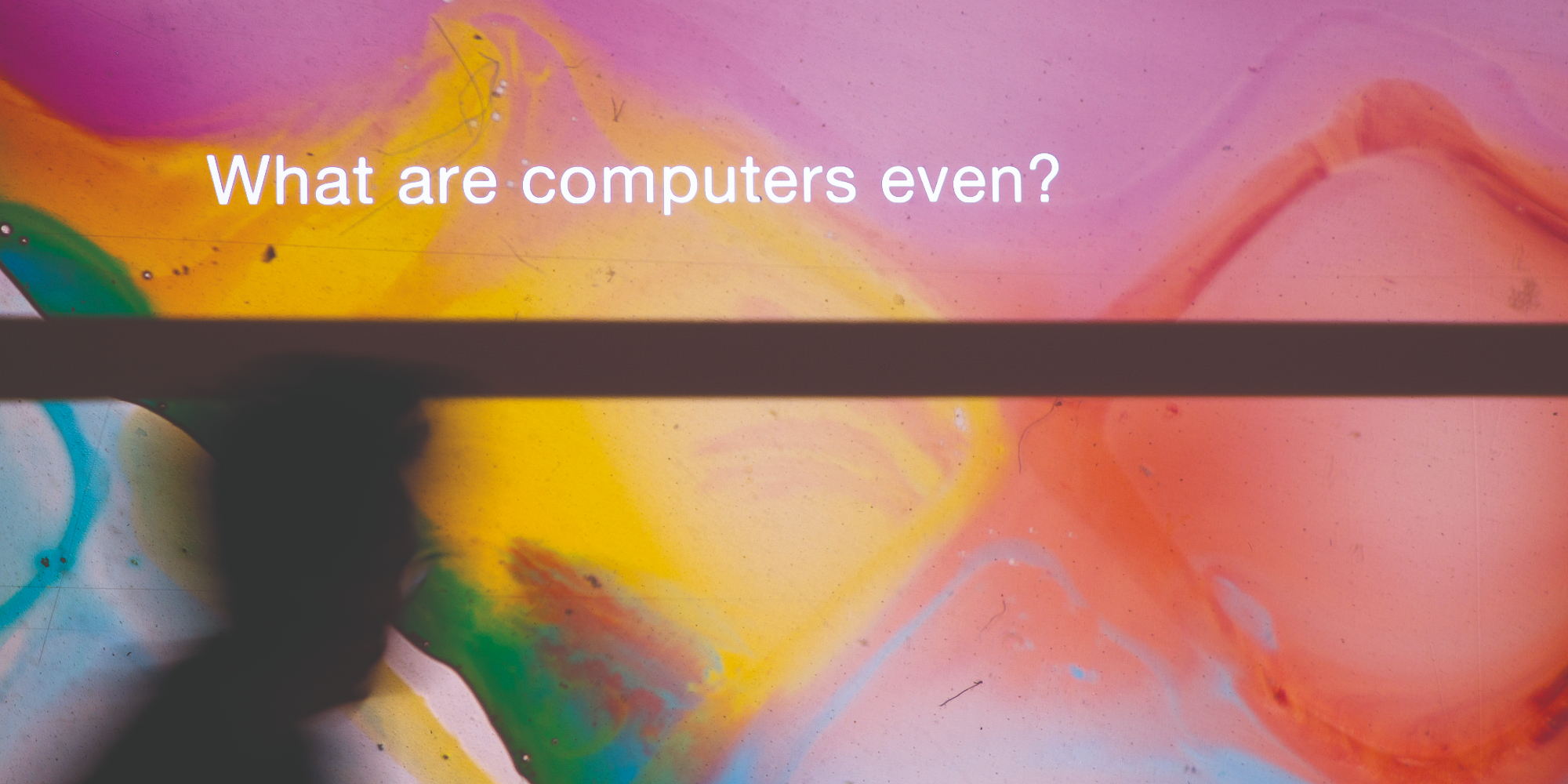 57 universities from all over the world, more than 200 projects, countless students, several conferences all under one name: Ars Electronica Campus! The format was initiated in 2002 by Reinhard Kannonier (University of Art and Industrial Design Linz) and Gerfried Stocker (Ars Electronica), and has since invited outstanding international universities to present their work at the Ars Electronica Festival. In the 18 years of its existence, the exhibition has increasingly developed into a platform not only for the presentation of projects by alumni, professors and staff, but also into a global network that allows synergies in the fields of science and art. Project manager Violeta Gil Martínez and curator Manuela Naveau tell us more about what awaits us this year, which great partner university is also celebrating a special anniversary, and why the format is one of the festival’s most popular.

What is the purpose of the Ars Electronica Campus now and how is it achieved?

Violeta Gil Martínez: The purpose of Ars Electronica Campus is to serve as an exchange platform where educational institutions from all over the world present their work and start or strengthen a network for future projects and synergies. To have such a wide range of schools, from different countries and disciplines, mixed and concentrated in the swarm of rooms that Ars Electronica Campus is, offers the opportunity to get a glimpse of the panorama of new thoughts and perspectives coming from the new generation. Ars Electronica Campus is also an exciting overview for the public, an invaluable source of inspiration and a mind-opening experience for the students and professors, that can see what everyone else is doing, and present their own achievements.

There are a big amount of universities coming this year, I heard. How come the Ars Electronica Campus became this big?

Manuela Naveau: This year 57 universities are involved, and we are optimistic that the Ars Electronica Festival will also be seen and accepted as a platform for the younger generation of artists, scientists and creative technologists in future. But I also think that the increased internationalization of universities, the need for external communication, and the exchange with related disciplines in recent years have favored the situation in which universities not only enjoy coming to Linz for exchanges, but also spare no expense or effort in bringing their students’ work to Linz.

There is a conference as well, right? Can you tell us a bit more about that?

Manuela Naveau: That’s right, and it’s not the first time a campus conference has taken place. What is new, however, is that this year we not only want to give the universities and teachers the stage to present their work and research. This year we would like to look at the status quo as well as the future of universities and teaching at the interfaces of art/design and technology/science. At a time when everyone is talking about crises and knowing that the words crisis as well as criticism are based on the same greek root, we, teachers and scholars, must seize the opportunity and become more critical ourselves or ask ourselves what space we need to create in order to evoke and cultivate more critical thinking among students.

Every year, one main partner university is featured. Who will it be this year and can you tell us a bit about them?

Violeta Gil Martínez: Our partner this year is Bauhaus University, Weimar, one of the most influential design schools of all times and is turning 100 years old. Taking the anniversary as an “starting point for a revision of scope of action and future strategies”, they will celebrate with us bringing the exhibition “Shared Habitats” to the University of Art and Design Linz and other projects from the departments of Experimental Radio, Media Environments, Human-Computer Interaction, and Product Design that will be located among the Theme Exhibition in POSTCITY. Additionally, they will present a cycle of conferences called “We are not alone” pointing out that our technologies are not passive tools that we use with our hands. Rather, they have mutated into co-creative teammates, and that bring us to rethink our role as creators.

The exhibition „Shared Habitats“, curated by Ursula Damm, presents fourteen works of a digital, biological, and interactive nature. As they explain, the exhibition examines interactions of humans with non-human creatures and with machines and technology. In order to develop new ways of understanding, the exhibition proposes continuous, evolving feedback processes between the respective actors. It seeks the expansion of seeing, thinking, and acting.
Like many of their fellow artists in Ars Electronica Campus, they develop visions and new spheres of possible futures, trying to smooth our relation with technology and nature. Among their works, they include a VR installation, analogue electronics from the 60s, devices about posthuman aesthetics, living sculptures, beetles and even a karaoke with flies.

Can you give us a short overview about what the public can expect?

Violeta Gil Martínez: Campus is like a chamber of wonders where all kind of devices, formats and ideas meet, fighting but also feeding each other with meaning. They share similar worries about the digital world and the relation of opposites: nature-technology, virtual-real world, fiction-reality, and, which is by far the favorite topic, the relation human-technology and the possible futures that young people will build and deal with. The visitors will find works by students of art & technology, interface and interactive design, architecture, data science, fashion & technology, visual communication or film, and a wide array of techniques and displays: film, electronic devices, VR, videogames, digital installations, performances, e-textile, even ants, slime mold and futuristic musical instruments. Schools like Bauhaus and the department of Interface Cultures of the University of Art and Design Linz, SAIC School of the Art Institute of Chicago, Aichi and Tsukuba Universities from Japan are, as well as Ars Electronica, celebrating their anniversary and taking a critical look back to the technologic and digital production of the past years.

Manuela Naveau: I totally agree on what Violeta said and can only add one thing: There might not be a lot of places on earth where academic research, artistic/scientific practice and the manifold expressions of our young generation of artists, scientists and creative technologists are presented as one entity, which is called Ars Electronica Campus. Together they form an outstanding and unique part of the Ars Electronica Festival and no infotrainers are guiding through that area. This is the only area where the students and scholars themselves are the ones who are giving information and at the same time searching for replies, discussions and reflections to what is on display at Ars Electronica Campus.

Violeta Gil Martínez (1988, Spain) is responsible for the Ars Electronica Campus at the Ars Electronica Festival. She is a cultural manager, musician and tech woman. For five years she has been working with creative technologies and their transfer, by teaching and organizing workshops on e-textiles, music and DIY electronics, currently at the Sounds Queer? Vienna. As an autodidactic music producer, curiosity is the driving force for her, along with the promotion of knowledge and hands-on approaches being the best ways to learn.

Manuela Naveau (AT) is artist and curator of Ars Electronica Linz and together with the artistic and managing director Gerfried Stocker she developed Ars Electronica Export. She teaches at University of Art and Design Linz as well as at the Paris Lodron University in Salzburg and the Danube University Krems. Her research investigates networks and knowledge in the context of artistic/scientific research methods and practices. Her book „Crowd and Art – Kunst und Partizipation im Internet“ (Crowd and Art – Art and Participation in the Internet) has been published in 2017 in transcript Verlag, Germany. The book is based on her dissertation, for which she received the Award of Excellence from the Austrian Ministry of Science, Research and Economy in 2016. www.manuelanaveau.at www.crowdandart.at

This year’s Ars Electronica Campus will run September 5-9, 2019 at POSTCITY Linz as well as in the University of Art and Design Linz. Consult our website for details.