Creating the Future: 40 Years of Ars Electronica as a Book 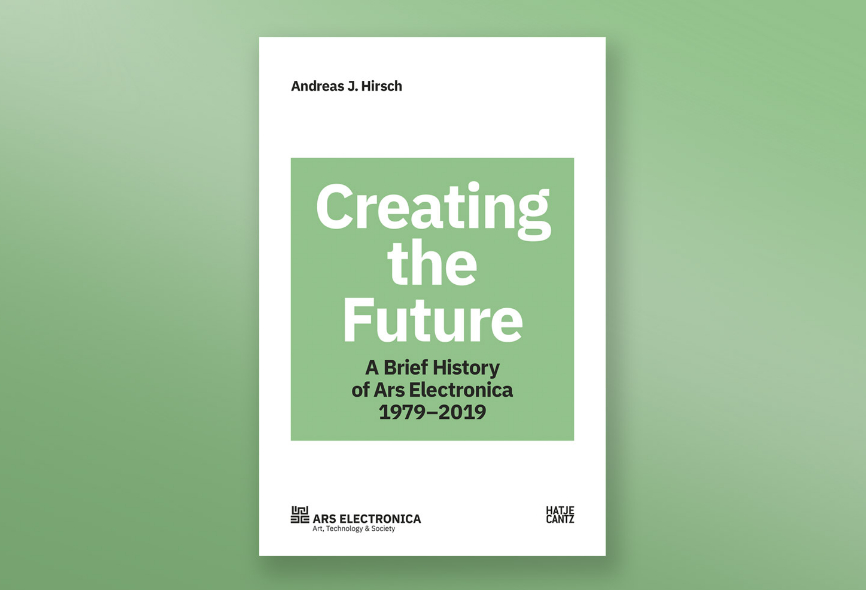 For 40 years, art, technology and society have been the fields of interest whose highly complex and vibrant relationships Ars Electronica – as a festival and a Prix as well as a museum and laboratory since 1996 – has focused on. What began in 1979 in Linz as an experiment in art and local politics is now setting standards. Ars Electronica has become one of the best-identified forums for the development of media art and for the discourse of technological culture.

In his book “Creating the Future,” Andreas J. Hirsch tells precisely this story of Ars Electronica, allowing key figures to have their say. He gave us a first insight into the jubilee work and told us to what extent he will also be present at the festival.

Andreas J. Hirsch: The topic of “the future” runs through the entire history of Ars Electronica. The founding idea of the festival in 1979 already contained this orientation toward the future. The SPA-12 robot, which gave the opening speech at the time, was a messenger from the future, so to speak. From the very beginning, however, it wasn’t a matter of naive euphoria about the future or enthusiasm for technology, but rather of a critical approach, a look at the social effects of technology.

From 1996, the Ars Electronica Center was able to live up to its claim of preparing people for a future shaped by digital technologies. In order to actively shape the future, however, it is necessary to engage with new technologies and form an informed opinion about their desirable and responsible use. “Creating the Future” contains something like an “exit from self-culpable immaturity”. This self-empowerment marks 40 years as a core idea. This is basically a very enlightening thought, which at the same time is highly up-to-date.

Which key figures or companions do we encounter in the book on the journey through 40 years of history?

Andreas J. Hirsch: Four decades of Ars Electronica de facto involved more than three generations from very different times. From people who still experienced the Second World War to people who don’t know a world without the Internet. To begin with, the book offers an encounter with the key figures, from founders such as Hannes Leopoldseder and Herbert W. Franke, to influential figures such as Christine Schöpf and Peter Weibel, to Gerfried Stocker, Horst Hörtner and Martin Honzik and their teams, all of whom are closely linked to the current form and effectiveness of Ars Electronica. The book deals with the vision of individuals as well as the innovative power of transdisciplinary teams, such as the Ars Electronica Futurelab in particular, who have determined the history of Ars Electronica. Ars Electronica had always unfolded a gravitational field that attracted interesting people and involved them in a wide variety of roles. In fact, the history of 40 years of Ars Electronica is also the history of a worldwide community that is constantly growing.

“In fact, the story of 40 years of Ars Electronica is also the story of a worldwide community that is constantly growing.”

After having dealt with the history intensively and for a long time, what were the most important milestones for you personally in the development of Ars Electronica 2019?

Andreas J. Hirsch: Of course, there are the big, well-known milestones: the founding of the Festival in 1979, the Prix Ars Electronica in 1987, the opening of the Ars Electronica Center and the founding of the Futurelab in 1996, and the new Center in 2009. However, no less interesting, in my opinion, are a number of less noticed turning points in the development, such as the step into an international presence in 2004, which has developed enormously since then, or the transformation of the festival – in the POSTCITY location – into a platform of high audience appeal in 2015.

Where do you think Ars Electronica’s journey will take us in the future, purely speculatively?

Andreas J. Hirsch: With its visionary basic concept, Ars Electronica has a considerable resilience. For example, it not only survived attempts to reinstate it soon after its founding, or the consequences of the financial and economic crisis of 2008, but also used it for transformation and further development. But the future of Ars Electronica as an institution of the city of Linz is closely linked to the fate of the city itself and to developments in Europe. This affects both the economic situation and the political situation. An institution so clearly linked to the ideas of the Enlightenment and modernism, which cultivates values such as openness, tolerance, cooperation and internationality, would of course face increased challenges of its resilience in an illiberal society or in a uniform cultural landscape.

As part of the Ars Electronica Festival, you will also be hosting an Expert Tour, which will take visitors through POSTCITY on the basis of the book. How exactly can one imagine this and what awaits visitors?

Andreas J. Hirsch: The book itself is something like a “Guided Tour” through 40 years of Ars Electronica, a filter for an immense wealth of archive material, always on the lookout for patterns and contexts. Accordingly, on my tour through POSTCITY we will make our way through the tremendous wealth of projects, whereby the history of Ars Electronica and the leitmotifs that run through this history will also offer us a red thread through the events here. 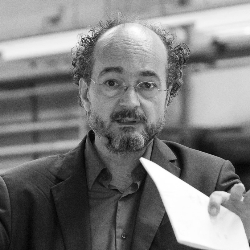 Andreas J. Hirsch, born 1961 in Vienna, Austria, is a writer, art curator, and photographic artist. His manifold involvements in Ars Electronica as consultant, curator, juror and artist began in 1996. They include the 2013 exhibition “HR Giger – The Art of Biomechanics” and the 2017 book The Practice of Art and Science, with co-editor Gerfried Stocker.