From castles in the air to monsters – what do you see in the clouds? 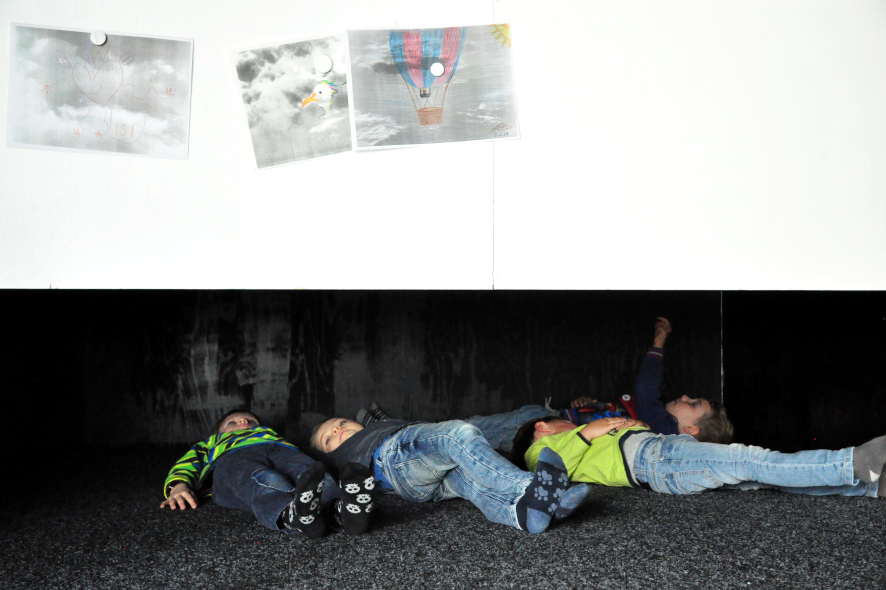 The kindergarten of the future is a “learning workshop kindergarten”. It is designed according to the principle of co-construction. In co-constructive processes, children learn how to acquire knowledge alone, together and together with adults in a learning community. This takes place in the form of learning workshops, which are structured according to topics. The children can independently choose which room they want to stay in and which project they want to work on. They can choose this completely according to their own current needs and are not bound to one place.

The project wolken.raum [“cloud.room”] was also created in this form. It is based on the book “Als die Wolke bei uns wohnt” [“When the cloud lived with us”]. The book is about a cloud becoming a friend or pet of a child and finally passing away. After the children were introduced to the book, the desire arose to observe clouds in the sky, to capture them visually and then to design them creatively.

With the wolken.raum, the Kindergarten of the Future has now created its third children’s book at the Ars Electronica Center. The wolken.raum consists of a small white room into which one can crawl through the lower slit and then – lying on the floor – look into a digital “sky”. This sky shows filmed clouds in different moods that the children of the kindergarten of the future took.

Now the imagination of our young visitors is in demand! Which animals, shapes, faces or fantasy creatures do they recognize in the clouds?

We spoke with Elisabeth Pils, head of the “Kindergarten of the Future”, and her daughter Johanna Pils, who took over the architectural direction of the project. 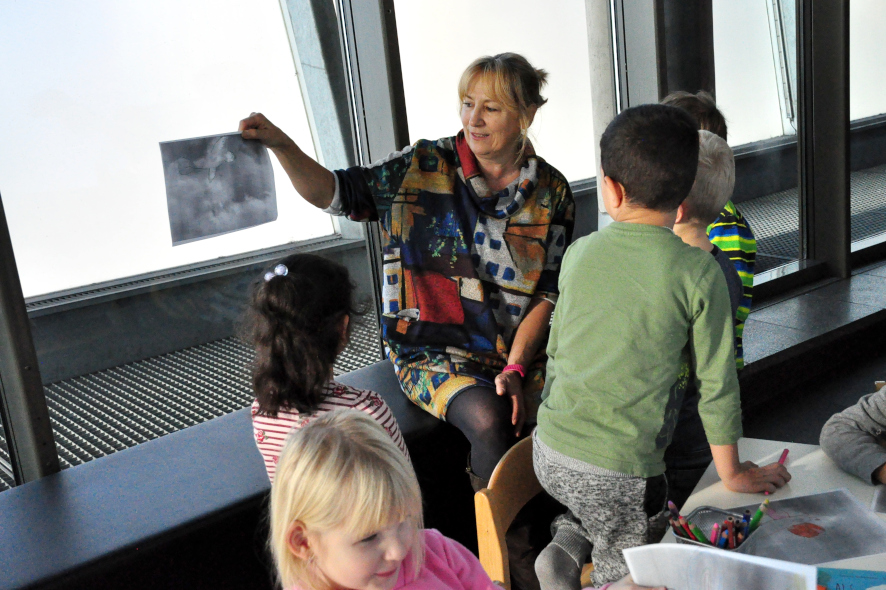 Elisabeth Pils with children from the kindergarten of the future visiting the wolken.raum (Credit: Magdalena Sick-Leitner)

This is already the third children’s book on which the Kindergarten of the Future is working on an artistic project at the Ars Electronica Center. Why did you decide on this book?

Elisabeth Pils: As with the two previous projects, the children were allowed to select a book in the form of a democratic vote from a total of twelve books that were edited in the course of the kindergarten year. The majority chose the book “Als die Wolke bei uns wohnt” [“When the cloud lived with us”]. 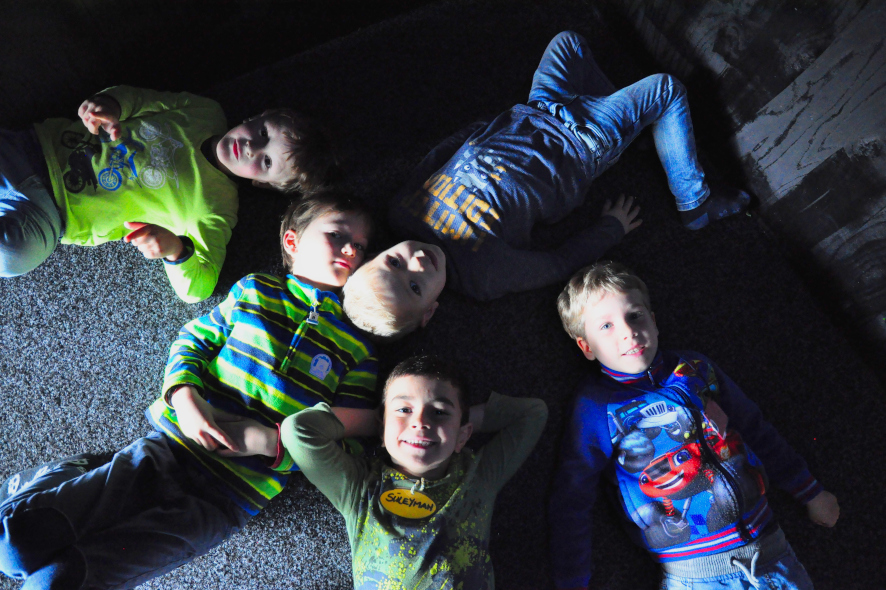 What is the educational intention behind this project?

Elisabeth Pils: It is known from pedagogy that knowledge is better remembered when there are stronger emotions in learning. Emotions usually unfold during this process. In their fantasies, the children usually see animals in the cloud figures, which appeals to the children’s love of animals. The project wolken.raum showed that selective perception can be directed towards scientific phenomena. The learning process can also take place independently of the weather. It is also affordable through the support of low-cost media for kindergartens. In addition, the subsequent processing of the digital photographs with colour pencils makes it possible to make the individual fantasies of the children visible. 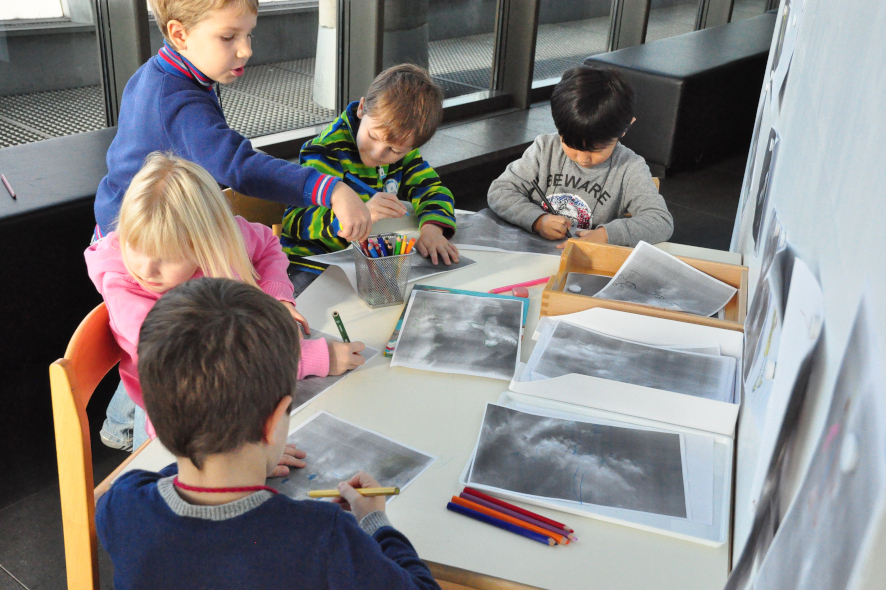 Observing clouds and letting your imagination run wild – something like this often has no place in our hectic everyday life. Can the kindergarten already counteract this?

Elisabeth Pils: Yes! Unfortunately, the children are not spared the hectic pace of everyday life. In this project we experienced how much fun the children had lying next to each other in the meadow and defining cloud pictures. Through the relaxed atmosphere, the fantasy has been increasingly expanded and creative fantasy creatures, such as the beak dinosaur, have emerged. 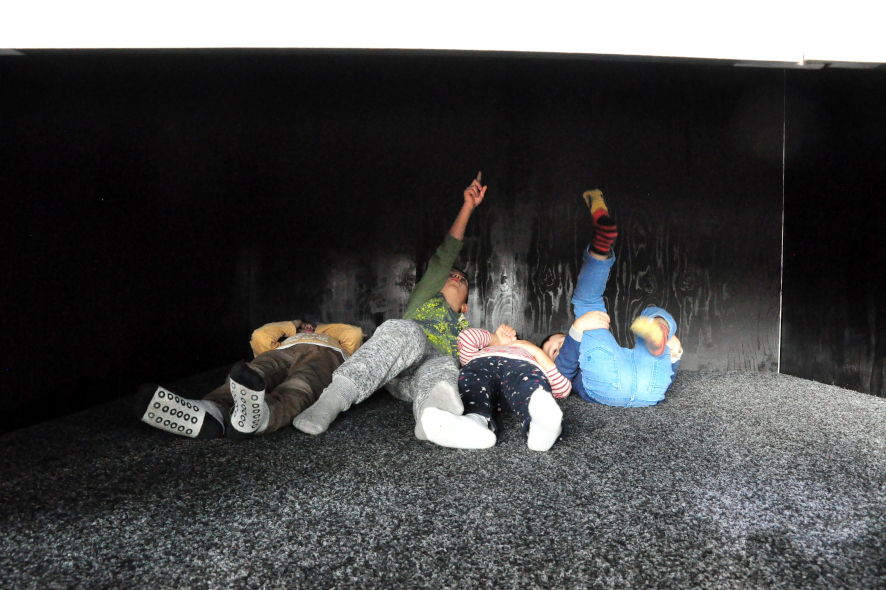 The book also deals with the fact that the cloud – which in the course of time has become the child’s friend or pet – was passes away. Has the theme “transience” also been a theme?

Elisabeth Pils: Transience is implicitly a theme. In wolken.raum, clouds and thus also fantasy images pass by, fade and finally disappear. New cloud images appear. The children have an open access to transience. They live in the now. For the children the emergence and the process is important and less the product. 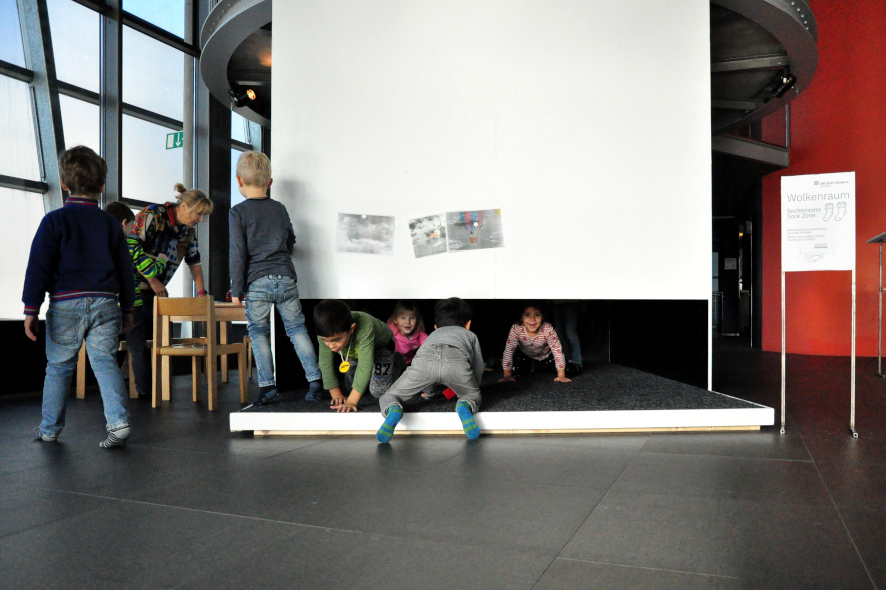 How did you come up with the idea of creating the cloud space just as it is now?

Johanna Pils: The idea of creating a place of peace and consciousness was the children themselves. Their suggestions and wishes served as the basis for the implementation. In the first wolken.raum built by the children, the essential requirements for the design were defined relatively quickly. The creation of a protected atmosphere in order to consciously direct the whole attention only to the view and thus to enable the observation of the clouds. The architecture offers the children a space that invites them to dream. It was particularly important to us that the children enter into a dialogue with the room and experience their individual feeling of space. This is supported by the proportions of the room, because they are adapted to the height of the children. Especially at the entrance of the wolken.raum this is obvious, because it invites the children to enter it playfully. 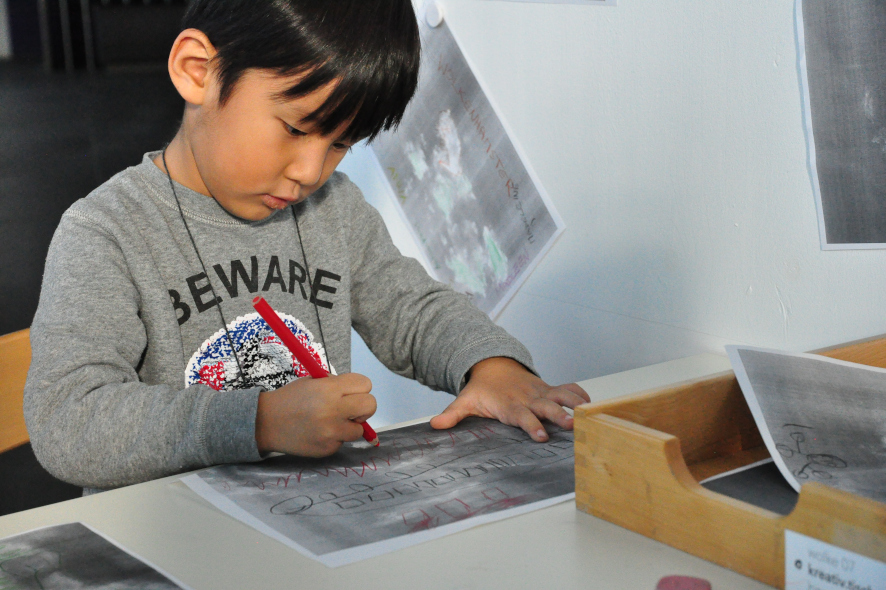 The cloud room was, so to speak, a family project. Is it the first project you have done together?

Johanna Pils: No, we have already worked together on two previous projects, namely “The Crazy Chicken” and “When Will They Come Back”. Both were also on display at the Ars Electronica Center. We also joined forces in various other projects, but these were of a more theoretical nature. 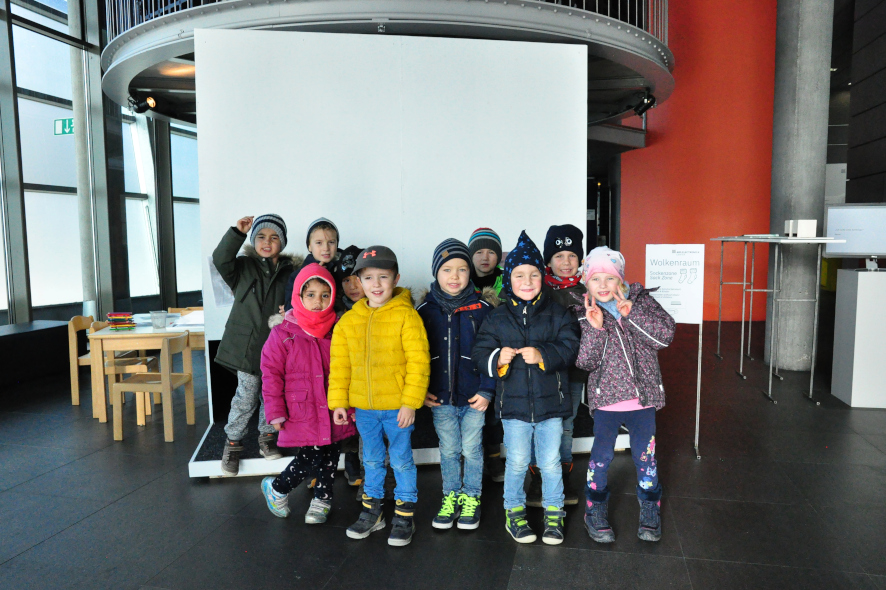 Are there already any ideas for other projects?

Johanna Pils: The wolken.raum has now stood in the kindergarten of the future for a few months, giving us the opportunity to observe the children. The necessity of a place of peace and consciousness in the busy everyday life of the kindergarten has been confirmed. We are very happy that the wolken.raum is used enthusiastically by the children. This experience encourages us to continue researching the exciting topic of architecture for children.

The wolken.raum is still in the foyer of the Ars Electronica Center until the beginning of January!