”Our existence may not be limited to machines” 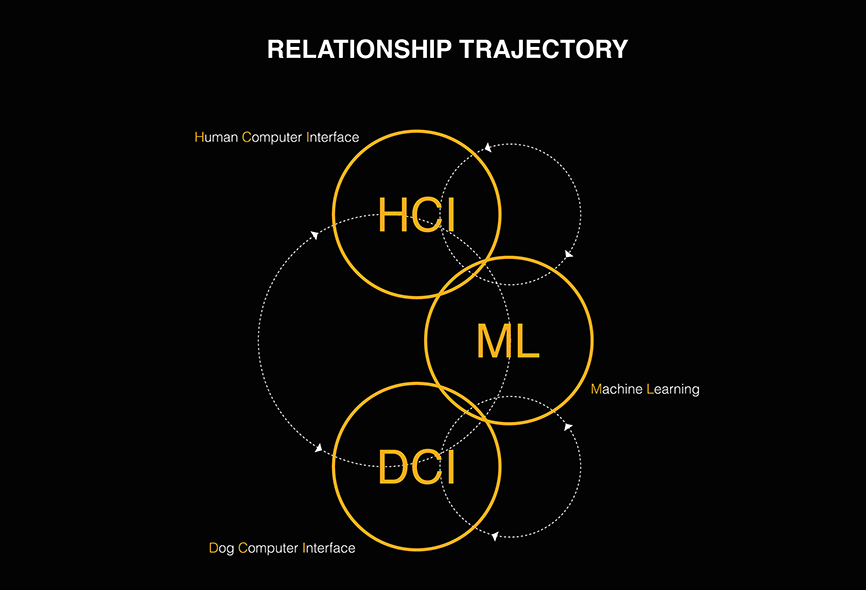 “human (un)limited“ is the second major exhibition project by Ars Electronica and Hyundai Motorstudio. At three exhibition venues – Beijing, Seoul and Moscow – the focus is on people, their strengths and weaknesses, and our eternal search for a place in the world. “‘human (un)limited’ is a further development of the major exhibition on the theme of this year’s Ars Electronica Festival and is dedicated to the limits we encounter as individuals and as a society, the limits we impose on ourselves, and the limits we try to overcome,” says Martin Honzik, director of the Ars Electronica Festival and curator of the exhibition. “We show artistic positions from China, Korea, Russia and the West that reflect different cultural readings of this theme.

The work !brute_force by the artist Maja Smrekar, produced by The Quo Artis Foundation (ES), Kapelica Gallery (SI) and The Culture Yard / Click Festival (DK), deals with the human-dog-machine triangle. Her basic statement is: Even if we need technology, our present must not be limited to machines. And, therefore we include other non-human beings and their cognitive mapping to rethink our place in the world. The work is part of the human (un)limited exhibition in Beijing. In this context, we wanted to know from Maja Smrekar how she assesses the power structure in relation to technological development.

By using technology, we are not only changing the world around us, but also ourselves to an ever greater extent – we are moving further and further away from the “biological original”. How can we avoid alienating ourselves more and more from nature as a whole?

Maja Smrekar: I think human nature is still very much based on very primordial emotions, while artificial social networks are taking quite an advantage of them. This is a huge part of our existential problem regarding technology and I think we should absolutely put much more focus towards the critical study of AI as a social machine.

The availability of technology has always given us influence. In this respect, technological development is always a race for power. How can we, as a democratic and pluralistic society, ensure that technological design sovereignty is not concentrated in the hands of a few – keywords Facebook, Amazon, etc. – but on the contrary, is accessible to as many people as possible and thus beneficial for us as a society?

Maja Smrekar: At the moment I don’t see much emancipatory space left, since the big players (coming from the right and the left hemisphere of the globe) are having all the monopol over telecommunication cables that offer the transfer of data. Therefore we should think about what accessibility to everyone even means in the world where data is becoming the highest commodity in the hands of those above mentioned few. That is a complicated situation where ethical frameworks and boundaries are almost impossible to be set. The democratization of technology turned into a bipolar condition: one way leads to monopoly and abuse, while the other one continues to offer the possibility for empowerment and liberation. But the problem is that data giants develop the use of AI, where there is even more potential for monopol abuse and manipulation. I think it should be required for search engines to be inspected and for commercially used databases to be available for much more diverse use, since we – the society, have been executing the majority of the work anyway.

Technological development is also a gender issue, because it is still men who mainly develop a male technology. The current example of AI illustrates this once again and it has massive socio-political effects – a fact that very few engineers are aware of. What can we do to finally overcome this deficit?

Maja Smrekar: I think the biggest abuse of power related problem of the moment is the one that concerns power over data and therefore we should be asking ourselves what exactly are the owners of the network cables using our data for and more importantly, what are the regulations regarding the data running through those cables. Therefore, I think all genders, races, nationalities and classes should fight this precarious condition, by demanding the right over deciding what we are going to build our future systems for. Civil society should have a crucial part in making those decisions. 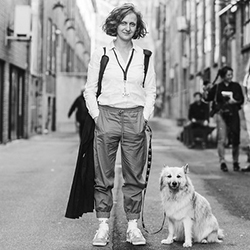 !brute_force is part of the human (un)limited exhibition, a series of exhibitions by Hyundai Motorstudio and Ars Electronica, which runs until February 29 in Beijing, Seoul, and Moscow.