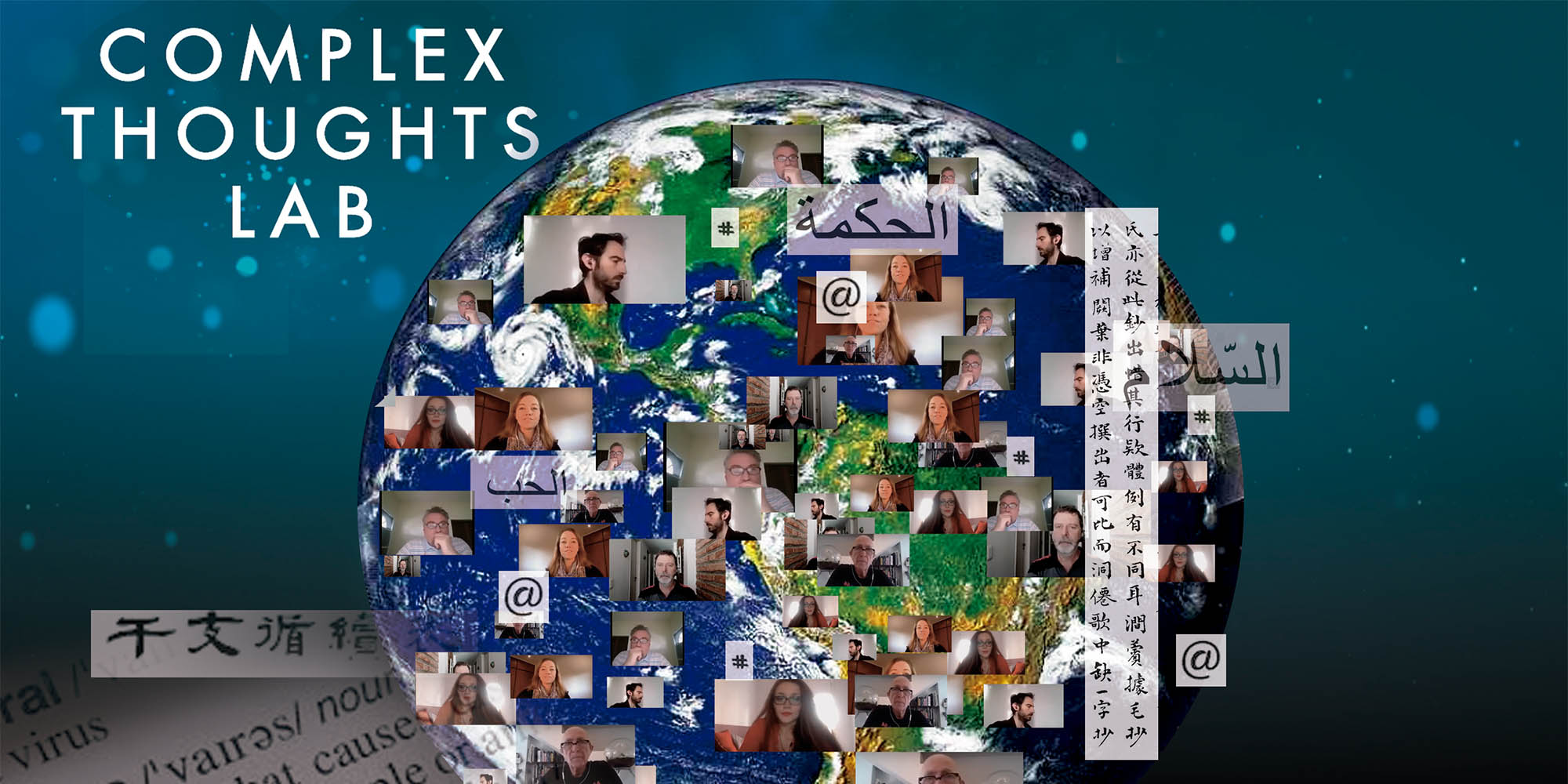 Ecology and science, two very interesting and important components, when it comes to protect our planet earth as good as possible from further disasters. As well as in Europe certain climate changes and environmental measures are currently being discussed, indigenous peoples in South America, for example, are fighting for the preservation of the Amazon region. Others are trying to prepare their fellow human beings for the COVID-19 way of life, or to raise awareness of our relationship to our planet, and others are working on sustainable ecosystems to increase our knowledge of the mechanisms necessary for our agriculture and to be a supporter for our planet. Let’s have a look at these and other projects!

There is a general agreement that there will be another world after the current global health crisis. But before we can get to that, we still have to get to this point. We are in a transitional phase. The uncertainty of the in-between is the moment of mutation. In the Chilean case, this experience overlaps with unforeseen social and political unrest: the mutation of the national constitutional order that has maintained the country since the coup in 1973. This uncertain in-between, where local political transformation intersects with global instability, is the core of the mutations that have developed a proposal at the Austral University in Chile.  The Austral University of Chile is one of the five best universities in the country and is the first regional university in southern Chile. Its mission is to contribute to the intellectual and material progress of society through the means of scientific and humanistic knowledge, technological progress and artistic creation.

The program will include four activities that will introduce the city’s ecosystem and Chile’s southern macro-zone in terms of historical, cultural, ecological and visual changes. This artistic proposal includes eight works that deal with mutation as an internal condition of art: the place of theater in a world that is crumbling, landscapes made of inorganic objects, mutations of domestic space in confinement, the boundary between nature and economy, the oral memory of women in confinement, the urban landscape and urban bodies crushed by the violence of the political revolt, the spectral sound of social claims related to their exposure due to the pandemic, and the archaeology of technological mutation in Chile. 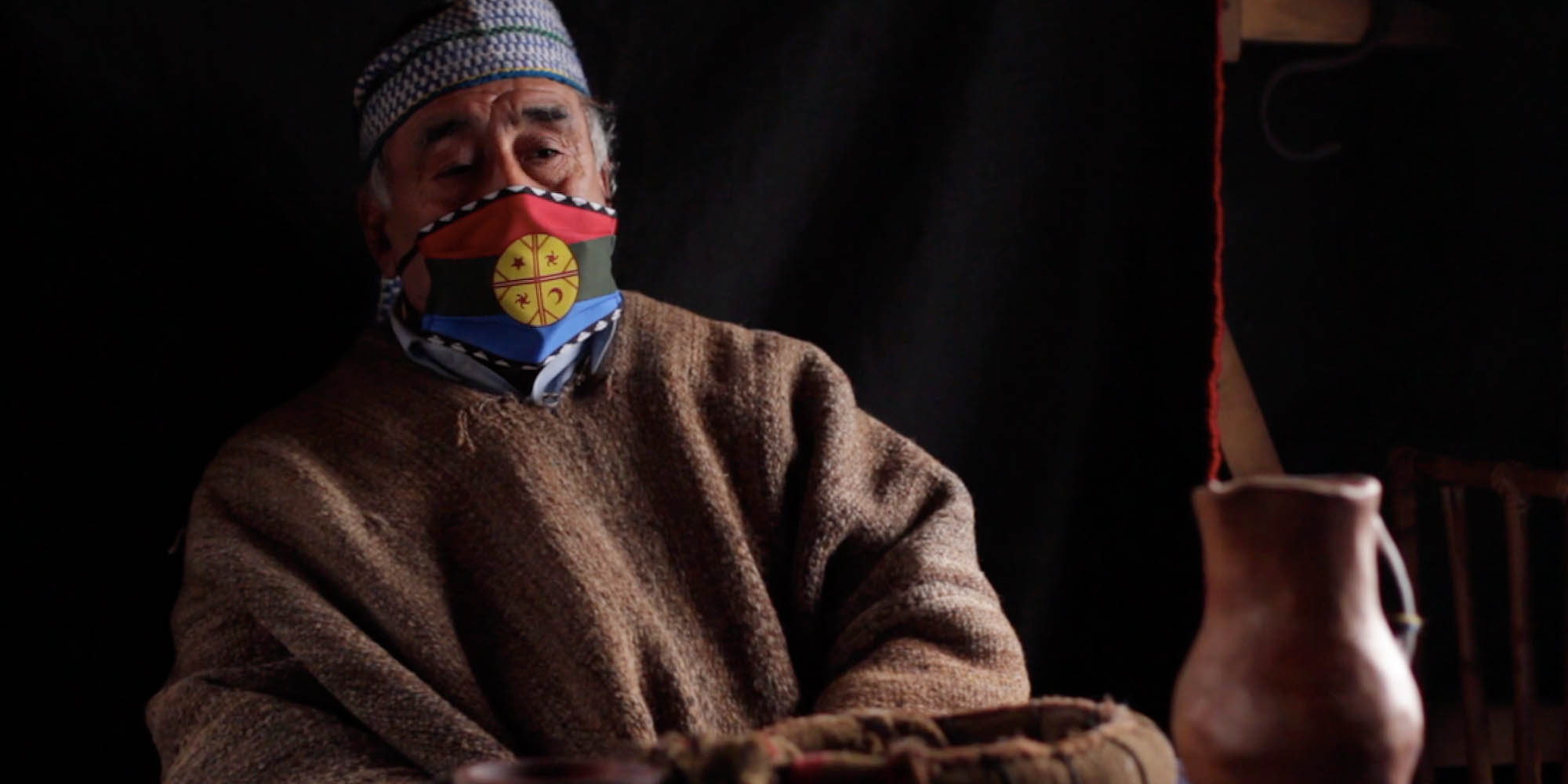 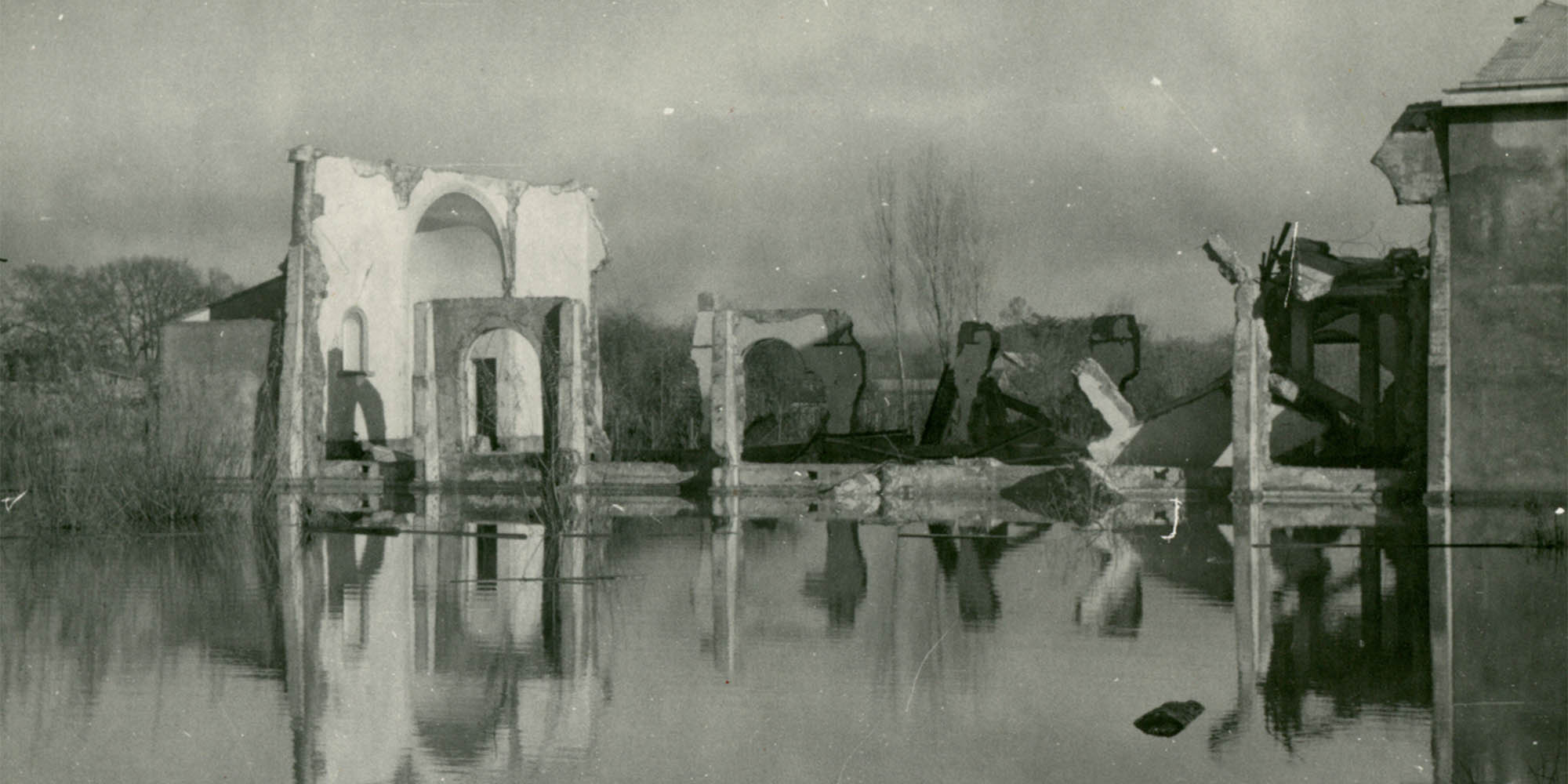 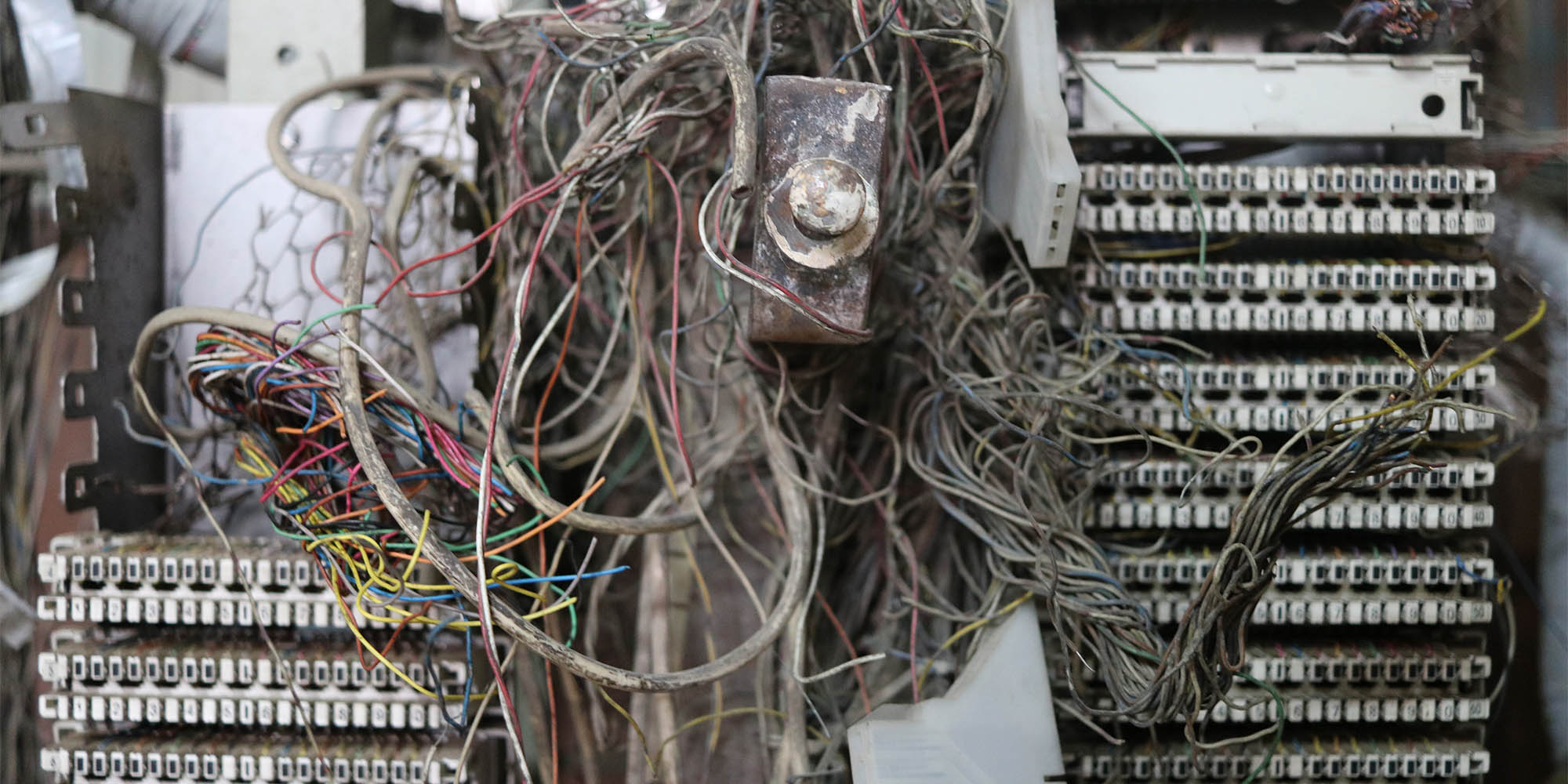 The contribution of artistic creativity encourages thinking outside the box and becomes an important part of research groups. The increasing complexity in various disciplines leads us to consider the interdisciplinary as a fundamental tool for creating an interplay, and art should not be missing from this. For this reason, Rabdomante and Glacier face a fundamental challenge in a dialogue between two deserts. Two different places, two different spaces and purposes, linked by a philosophical vision: how can art, through technology, convey a new vision of humanity?

The Latin American Bioarte Lab (LatBioLab) has more than 12 years of experience in bioplastics in Argentina. From the Biosphere Project, an easy way to show the world’s ecosystem, to Colony, which combines technology and biology, to Cellular Seeds – Inexorable Futures, which creates a new kind of tech-life. The Complex Thoughts Lab asks us about what we have learned from COVID-19. Is this crisis an opportunity to think about a new society?  Students of the UAI University (Universidad Abierta Interamericana) and the University of Puerto Rico express different thoughts on how to design a new world model for future generations.

So this garden tries to sensitize us to our human condition and our relationship with the earth Gaia, by increasing the discovery around the nature of our nature. 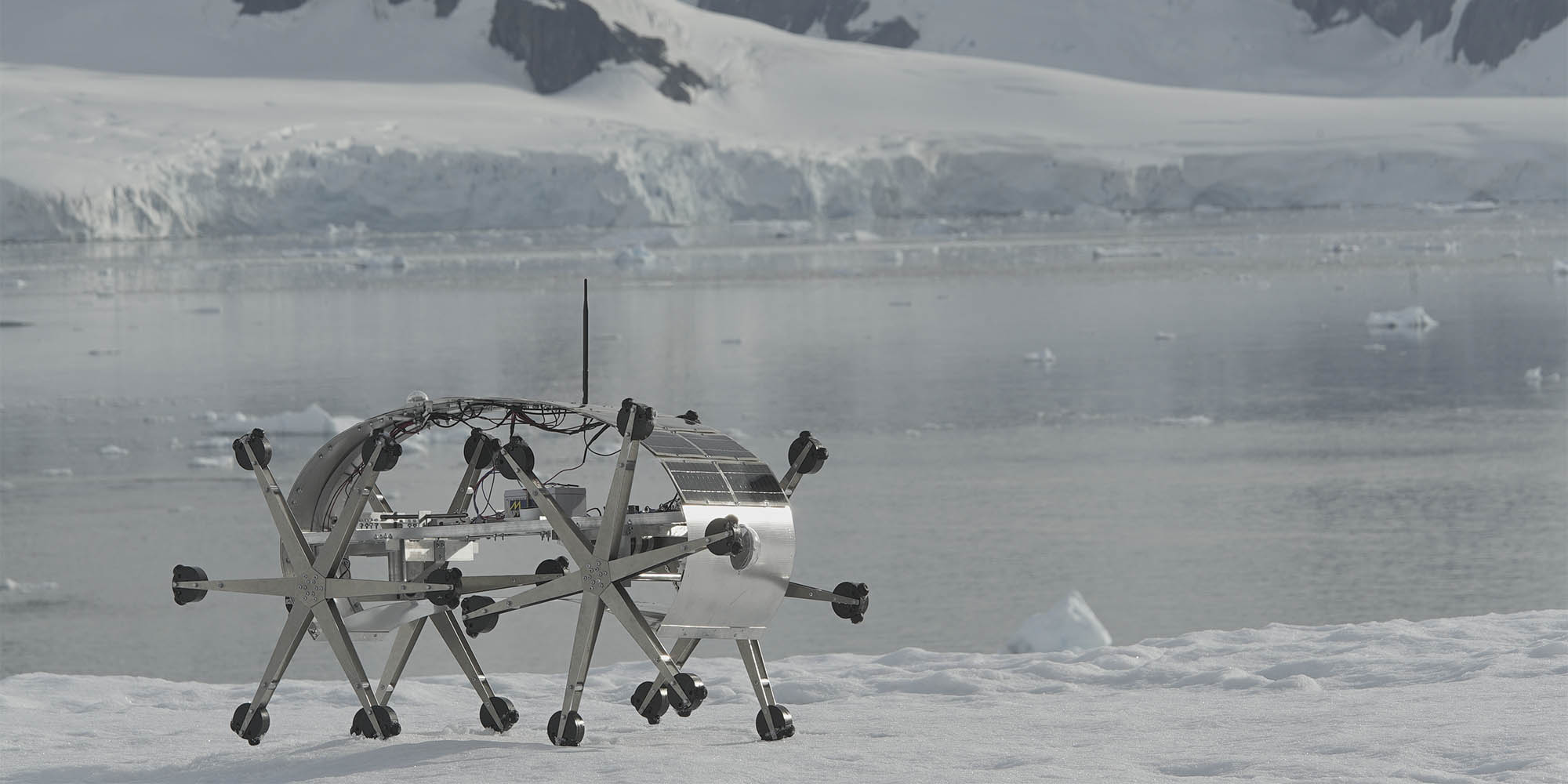 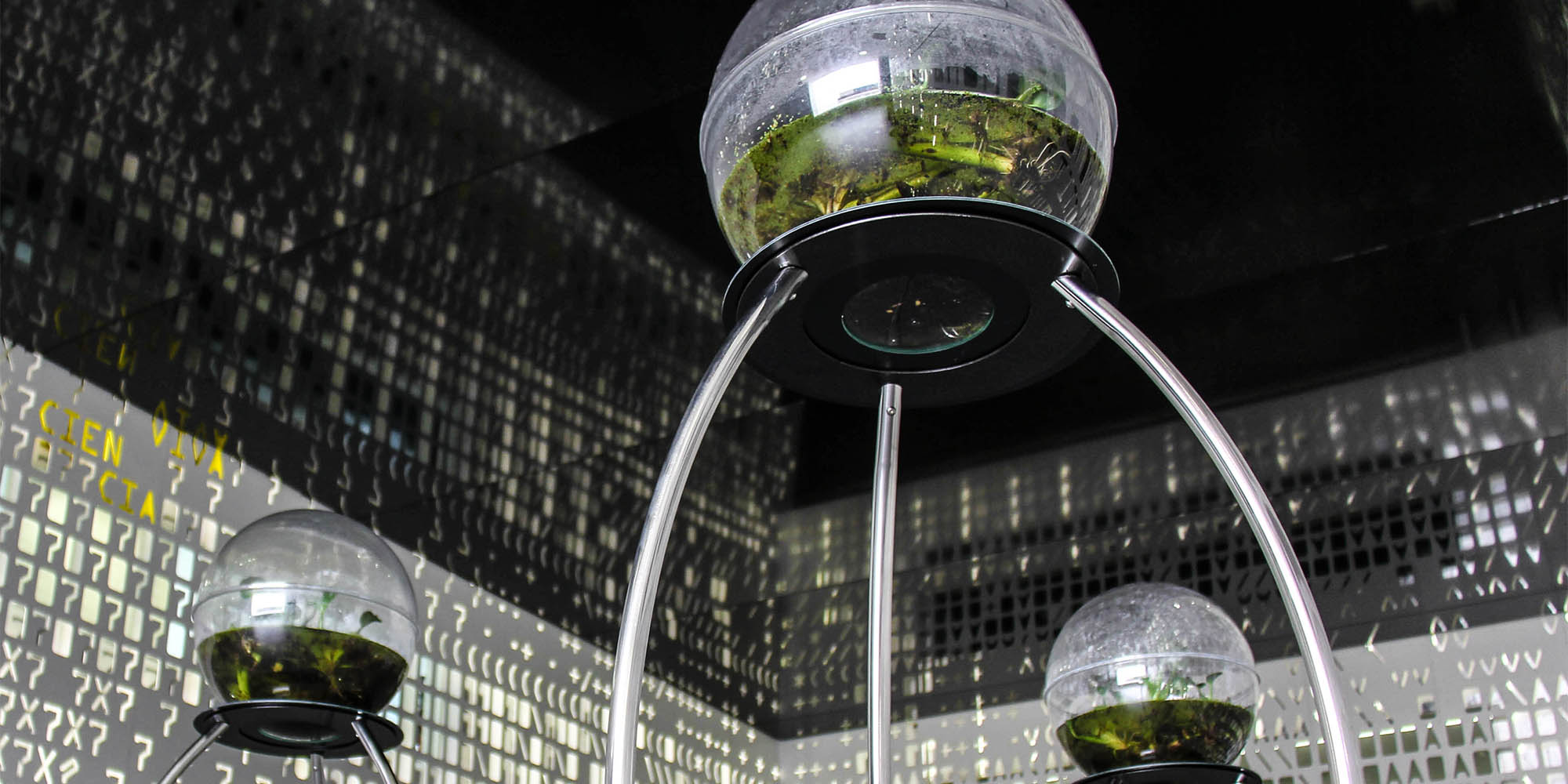 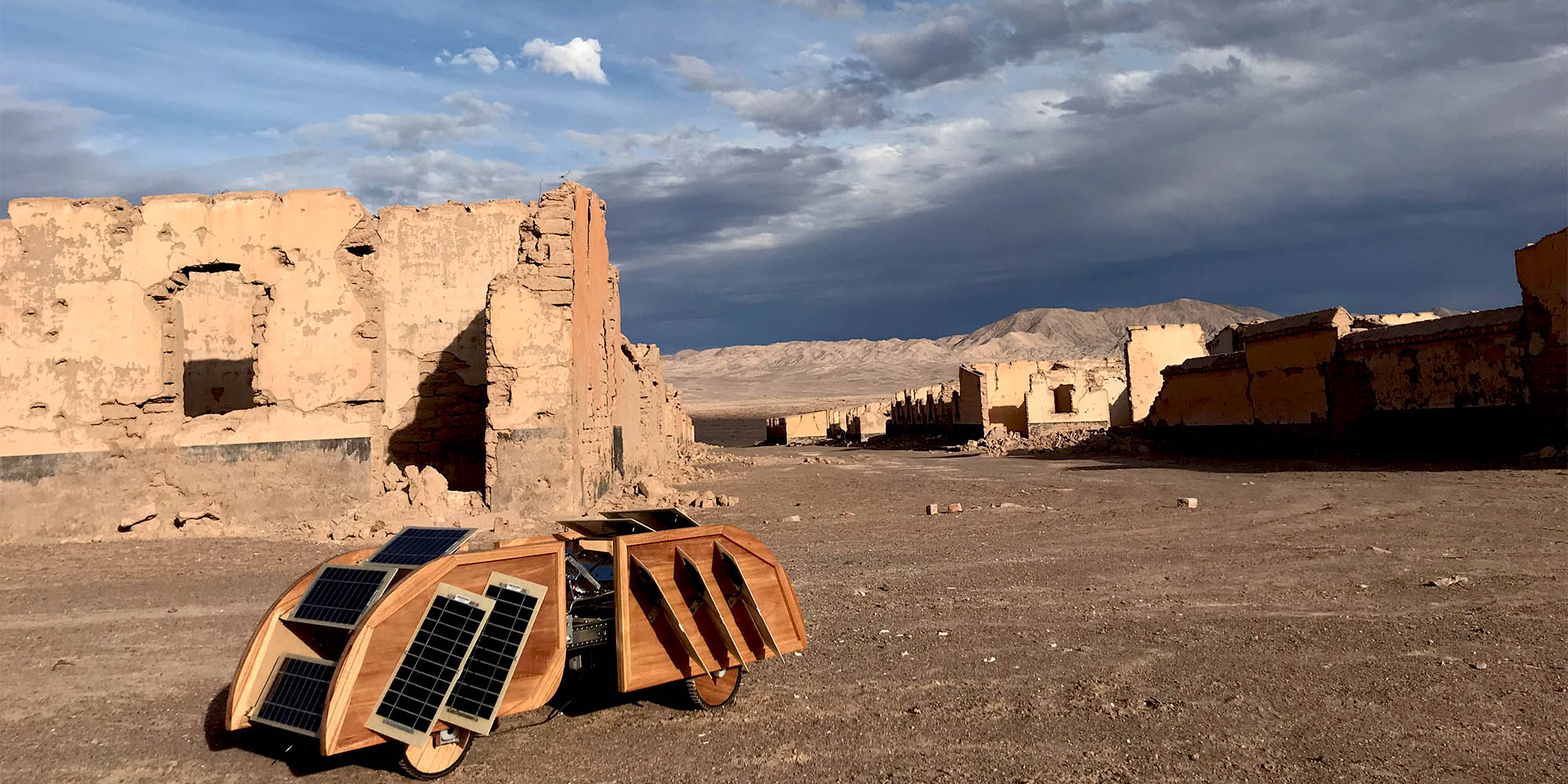 The semantic universe of the word garden often refers to a designed outdoor space, either for free time or for the cultivation of edible cultures. In the same idealized symbolism, the mushroom kingdom is represented by bright and colorful mushrooms, like the famous Amanita muscaria. But what exactly is the role of mushrooms in a garden?

Invisible organisms that work underground, transport information through the ecosystem and absorb dead matter; fungi are one of the most active components for the sustainability of a garden. However, it is estimated that we know only 5% of the world’s fungal biodiversity. At a time when human activities are changing our entire planet, learning from our natural reusers will definitely contribute to a more sustainable future for humanity.

A Fungus Garden is a digital exhibition that invites you to learn more about the importance of mushrooms and their role on the margins of society, since they are often associated with death. Through an online multimedia experience around the world empire of mushrooms, A Fungus Garden approaches human decay as a symbol of the mysterious and beautiful, perceiving the invisible networks in which we are embedded. 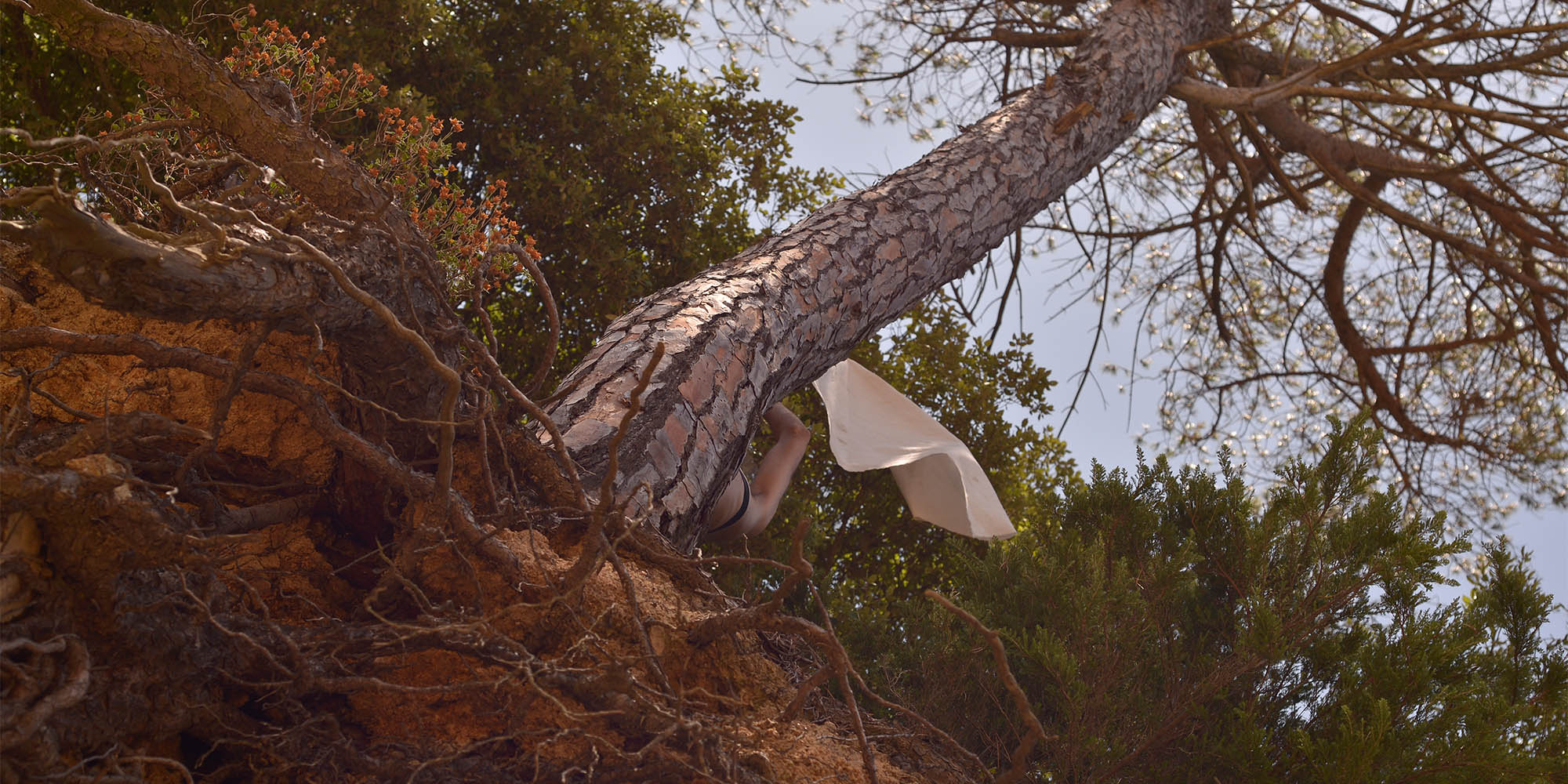 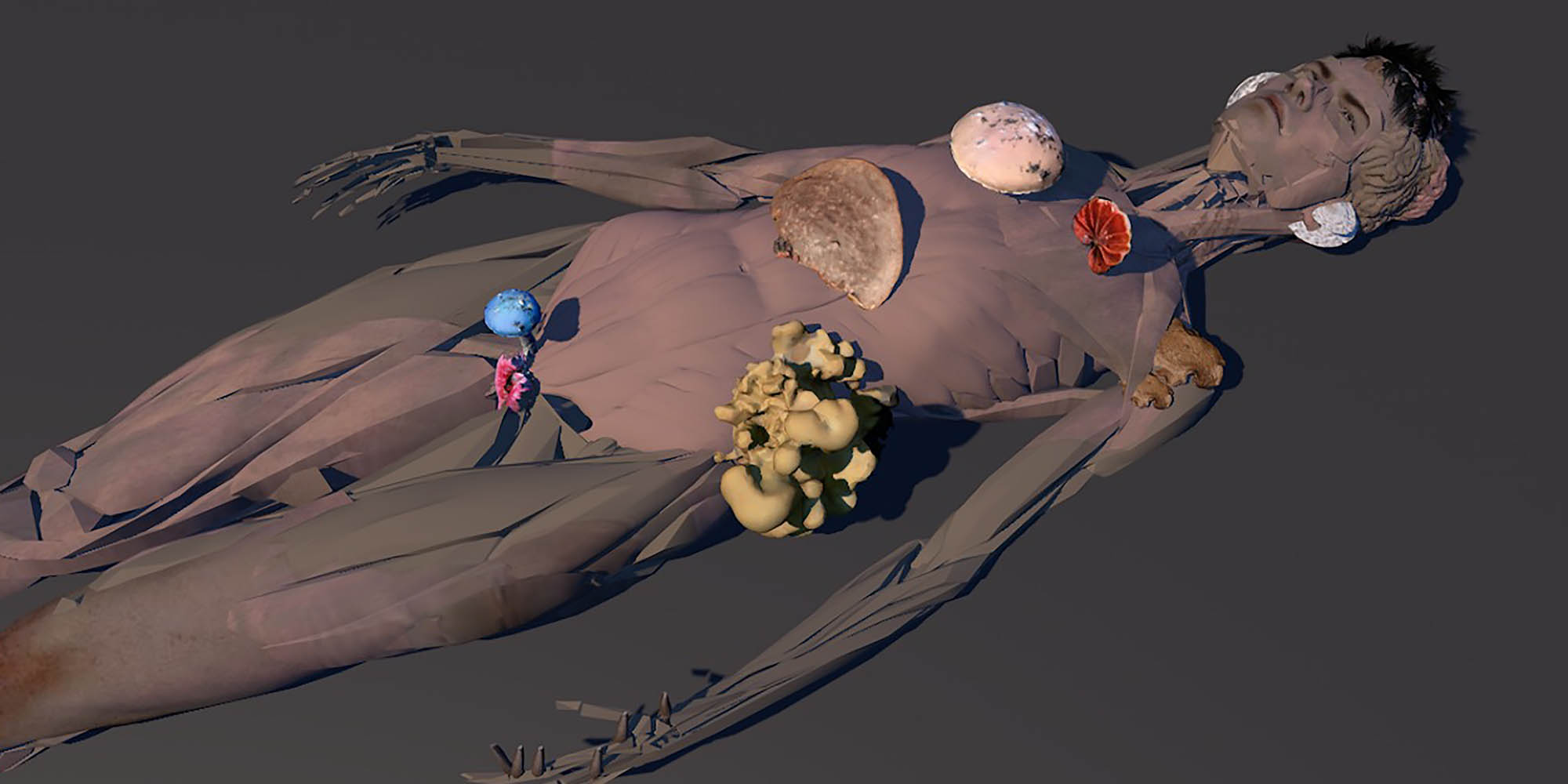 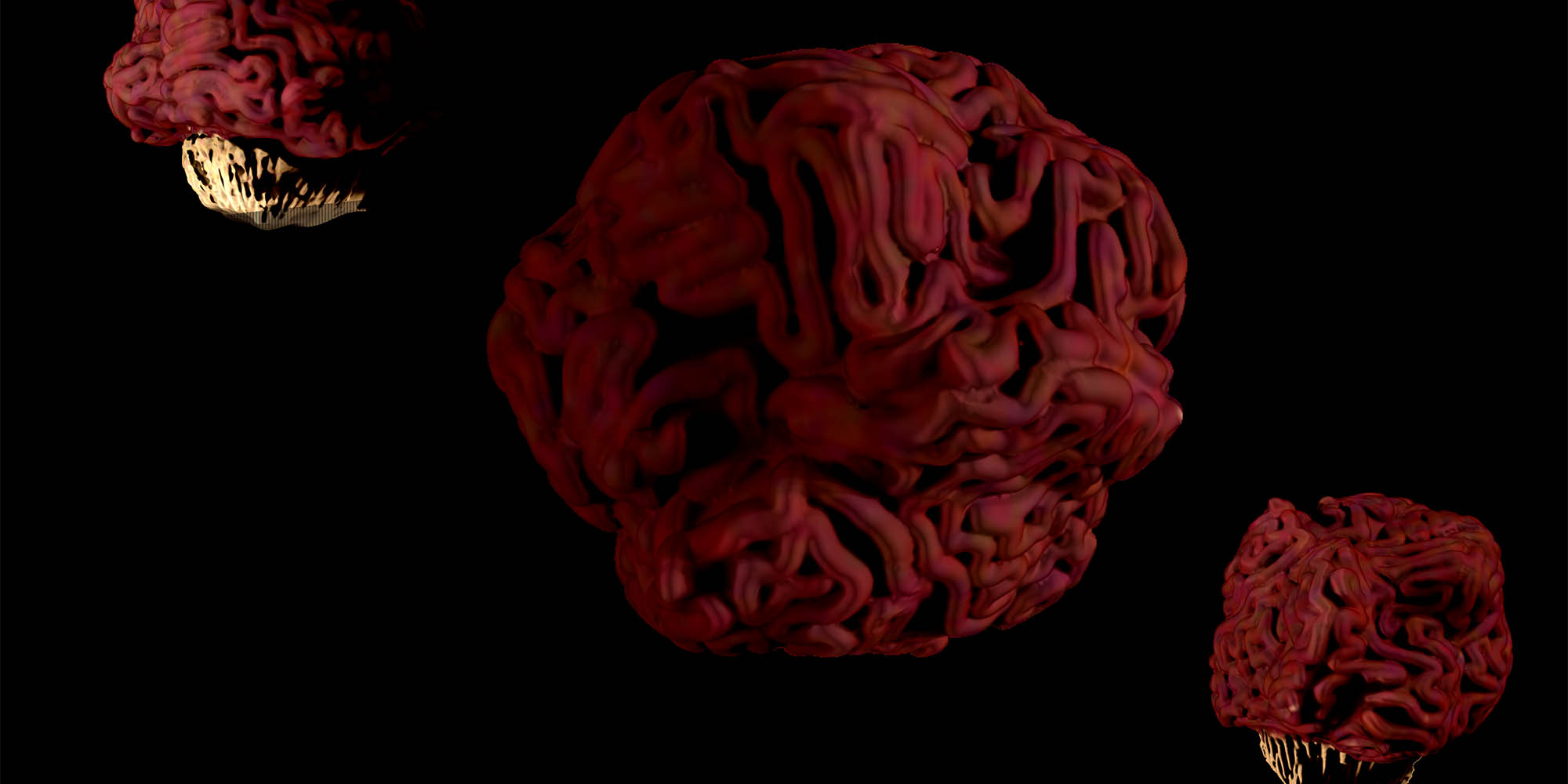 This garden presents the SPACE / EARTH / WATER TRIAD. The three conceptual axes embody the main components of Chilean geography and the great diversity of the natural terrain from north to south. They include projects developed by artists together with scientists, live streaming performances, excursions, videos and virtual environments at the interface of art, science and technology. With the aim of exploring creative ideas that challenge the traditional boundaries between these fields of knowledge, they outline all alternative ways of living, thinking and feeling in our ever-changing environment.

These axes will be exhibited and interconnected in an online platform called Xirius, where they will become nodes in an open network specifically designed for the exchange of data, experiences and other forms of conversation between artists, scientists and institutions. 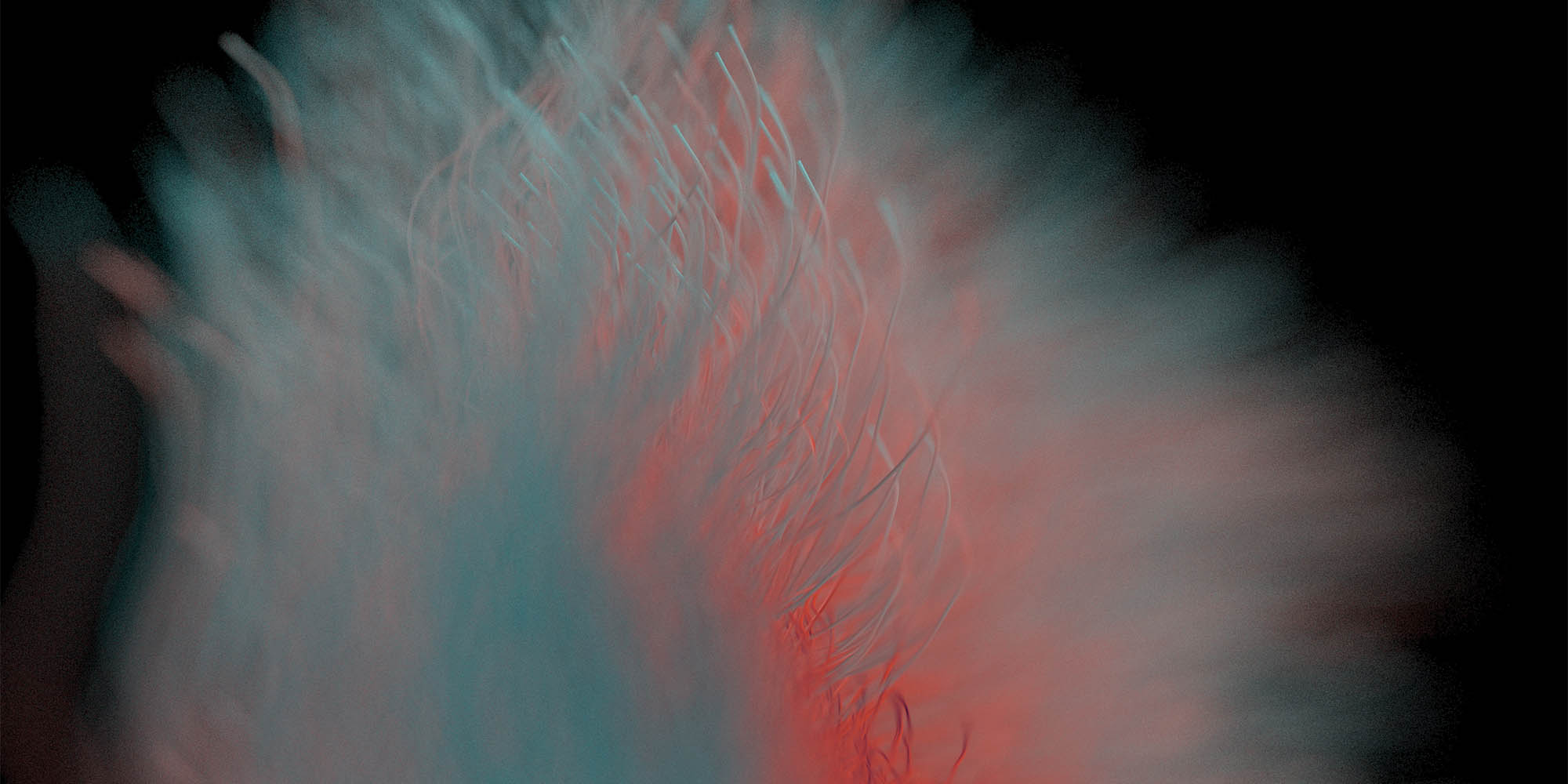 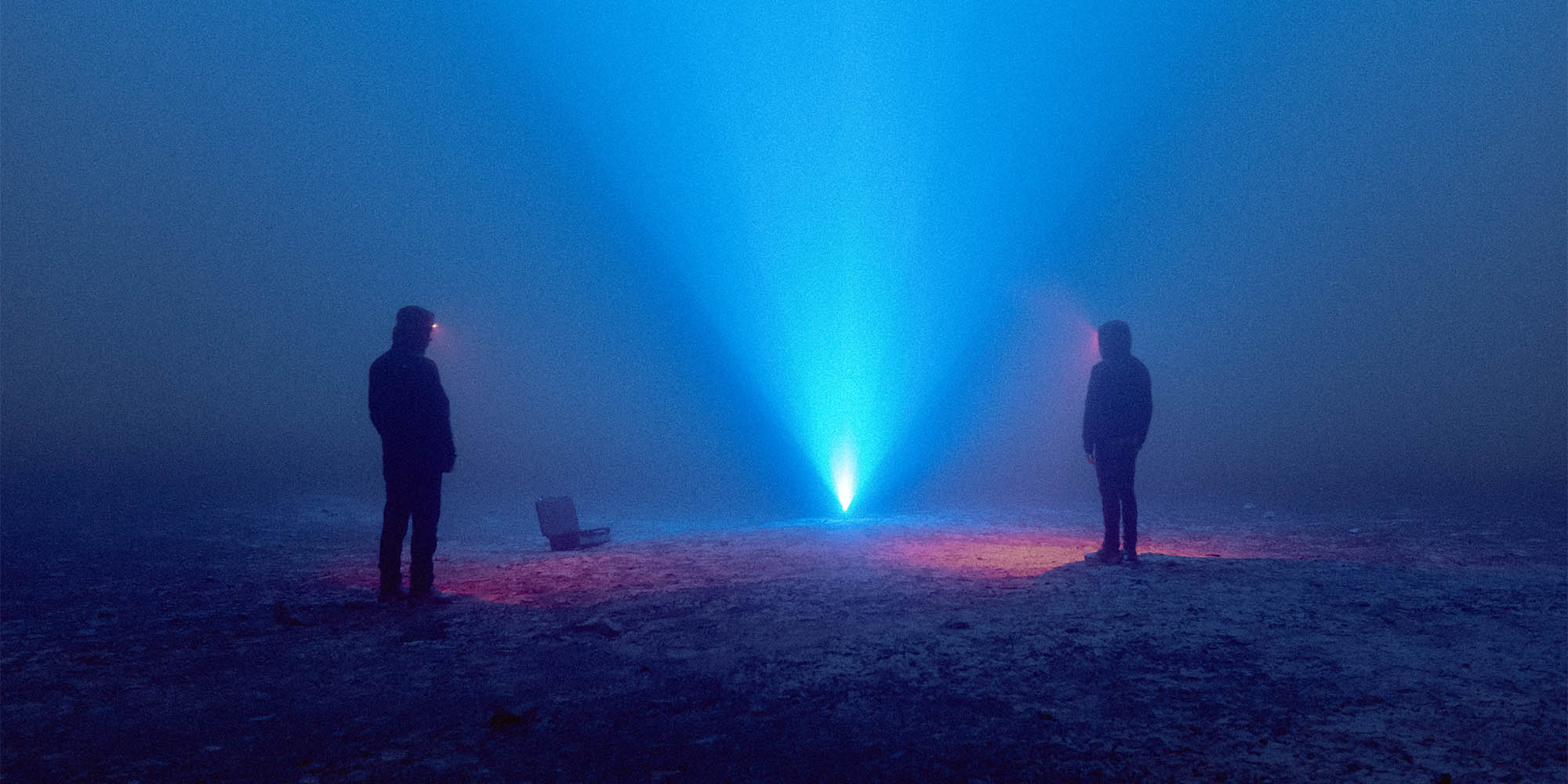 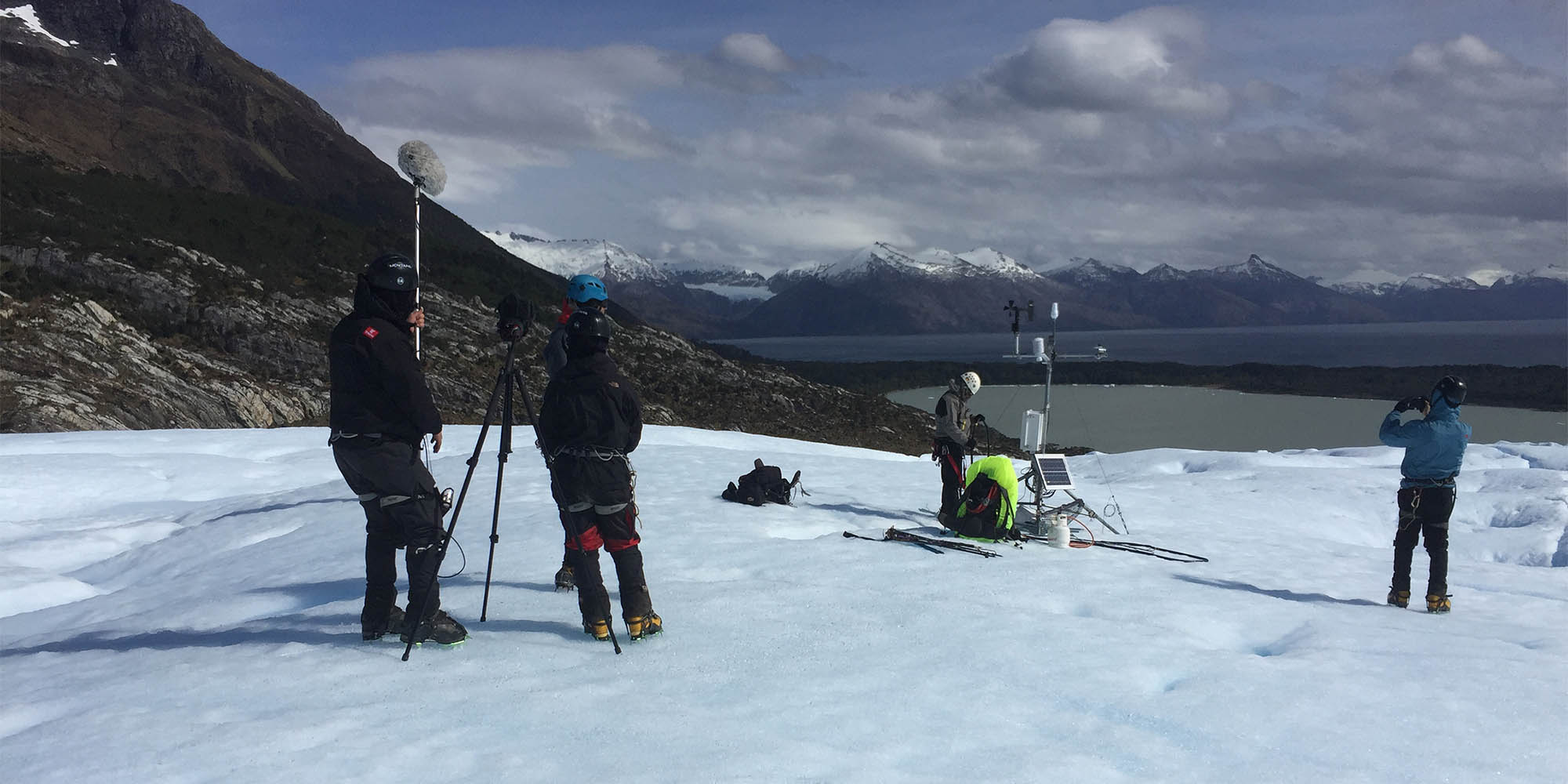 A lot happens in this garden. Not only one project is shown here, but several. All of these exhibits deal with the environment of the Amazon. The area stretches over the northern half of the continent and covers a total area of up to 6.70 million km². The well-known name of the Amazon “Lungs of the World” was dedicated to this forest because a large part of our oxygen production comes from this area. Currently, the Amazon region is under very poor conditions, and this is the basis of the exhibition of the Ars Eelctronica Garden Lima.

In Migratory Movement and Preservation of the Amazonian Memory the artists reflect on migrants and descendants of the natives of Shipibo-Konibo. How their lives will look like in a few years and what challenges they will face due to COVID-19.

In Configurations Around the Environment, the Amazon and New Media, visual artist Nancy La Rosa approaches the socio-ecological conflicts that result from the extraction of common goods in Peru and the power relations implied in traditional representations of the territory. In this section, the artist presents her works created over the last eight years, including the video work El Obturador Emancipado.

In the section Representations about the indigenous Amazon, two projects are presented that deal with the narrative of amazonian representations to address socio-cultural problems. In this section, the bilingual radio soap opera Etsa Nantu, passion in the Amazon is presented, which was written and produced in the Peruvian Amazon by an intercultural team that was put together and trained as part of the Escucha Peru project. This includes the presentation of the director Matías Vega Norell. 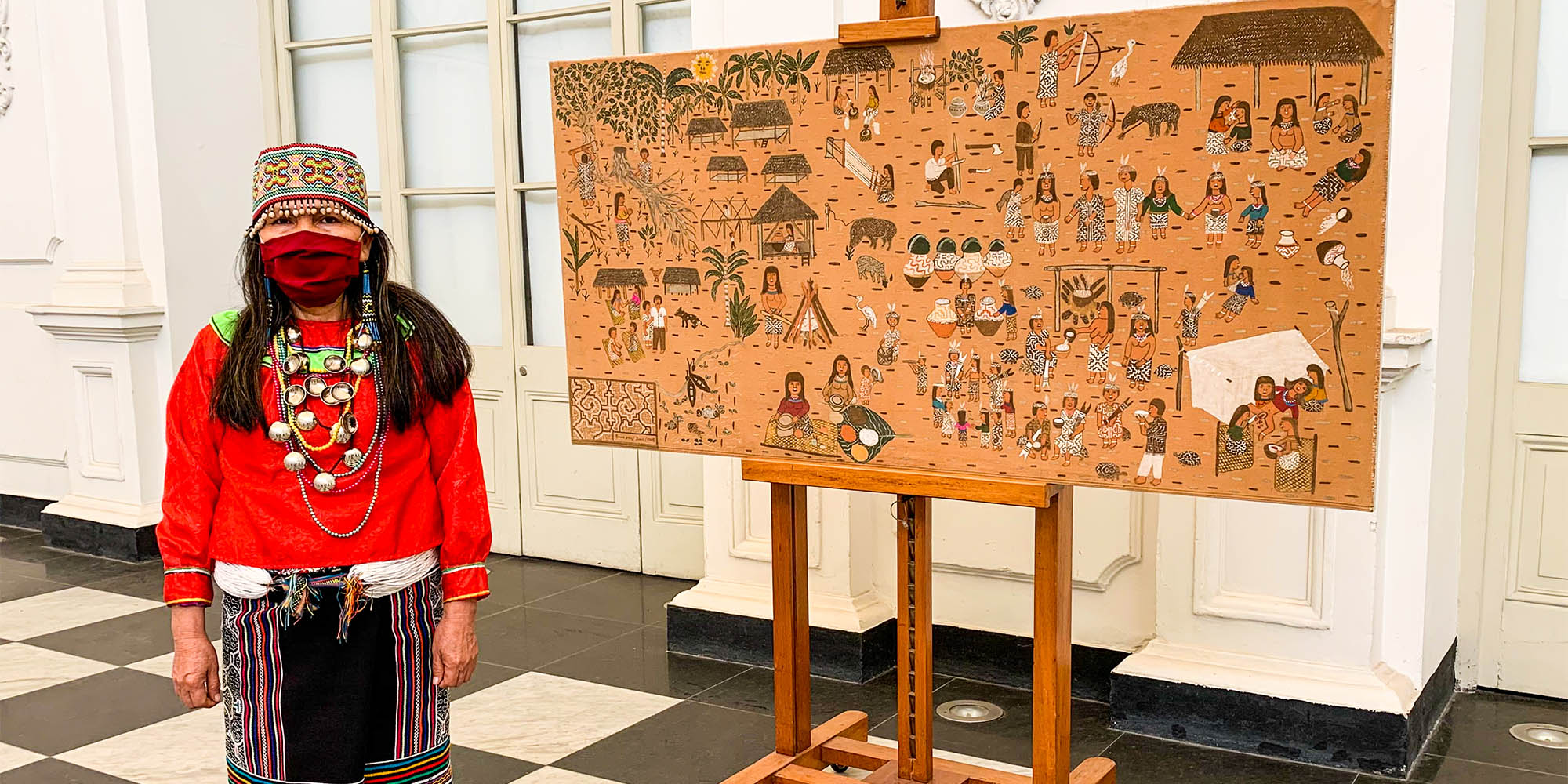 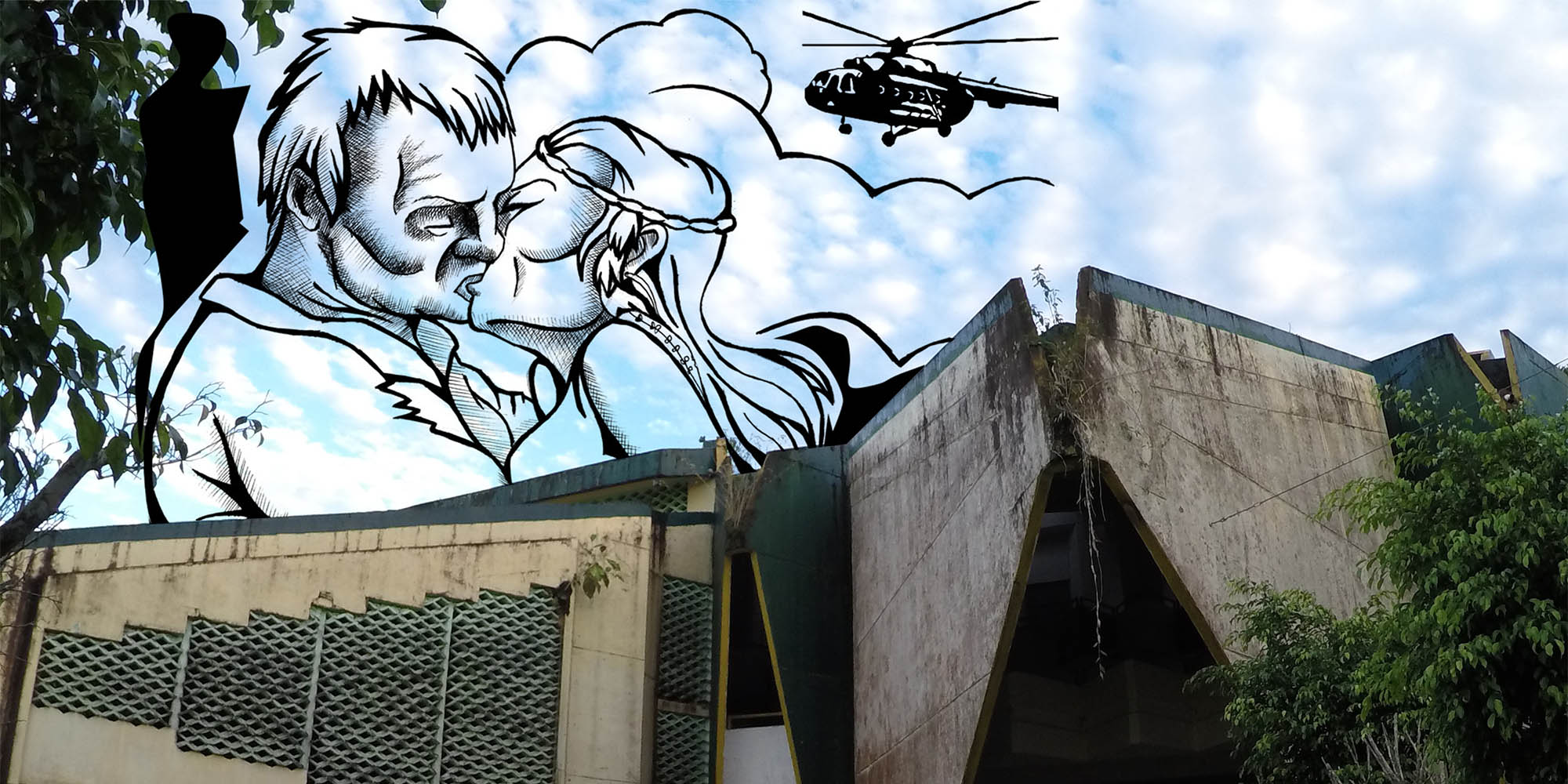 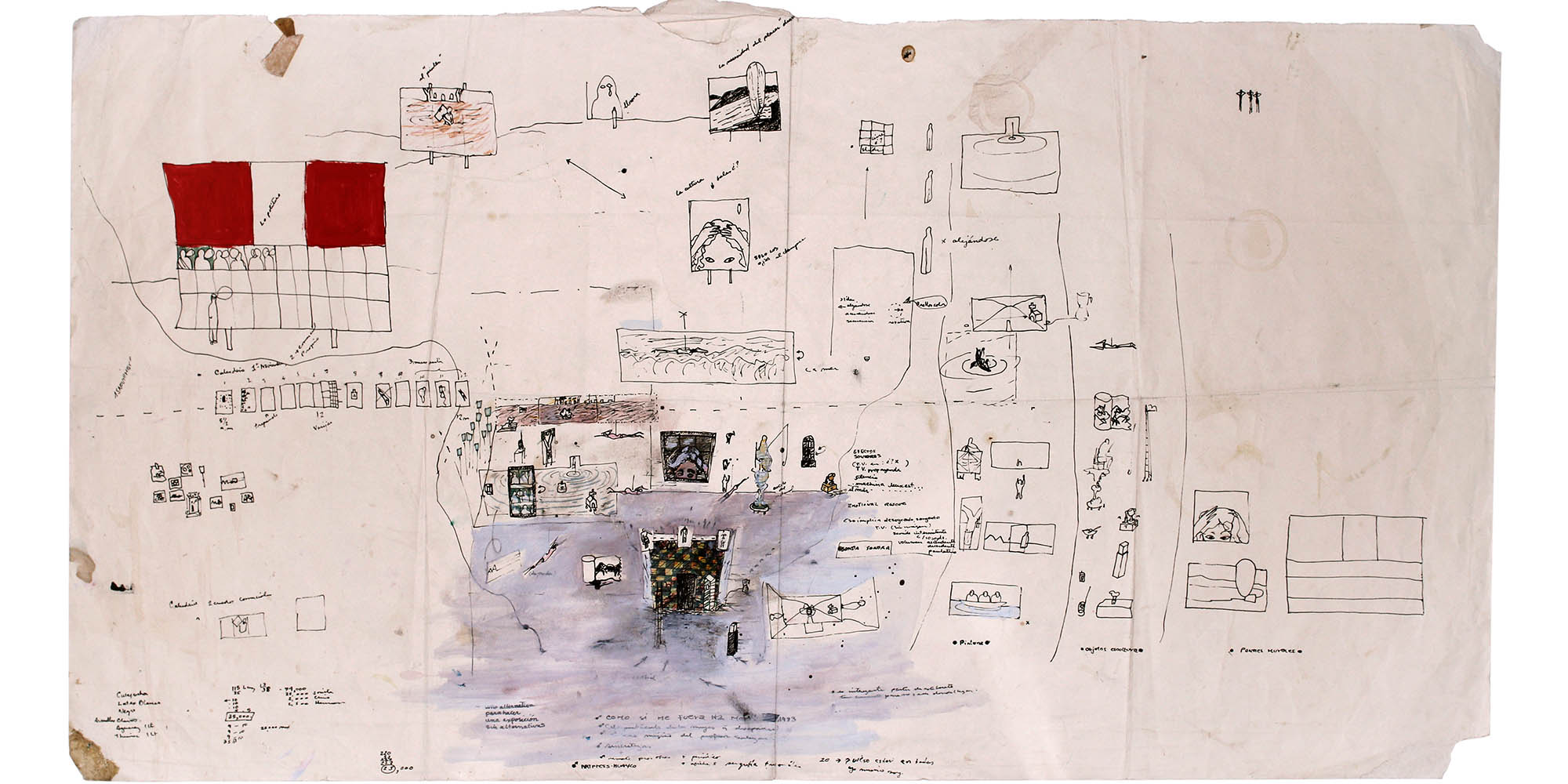 You can read more about the Ars Electronica Festival on this website, moreover, under the motto “Inside Festival” we have exciting new video contributions from all over the world for you every week, and on our social media channels we’re also constantly giving outlooks and insights into what to expect this year.