Ars Electronica Solutions Stages the Fire Truck of the Future 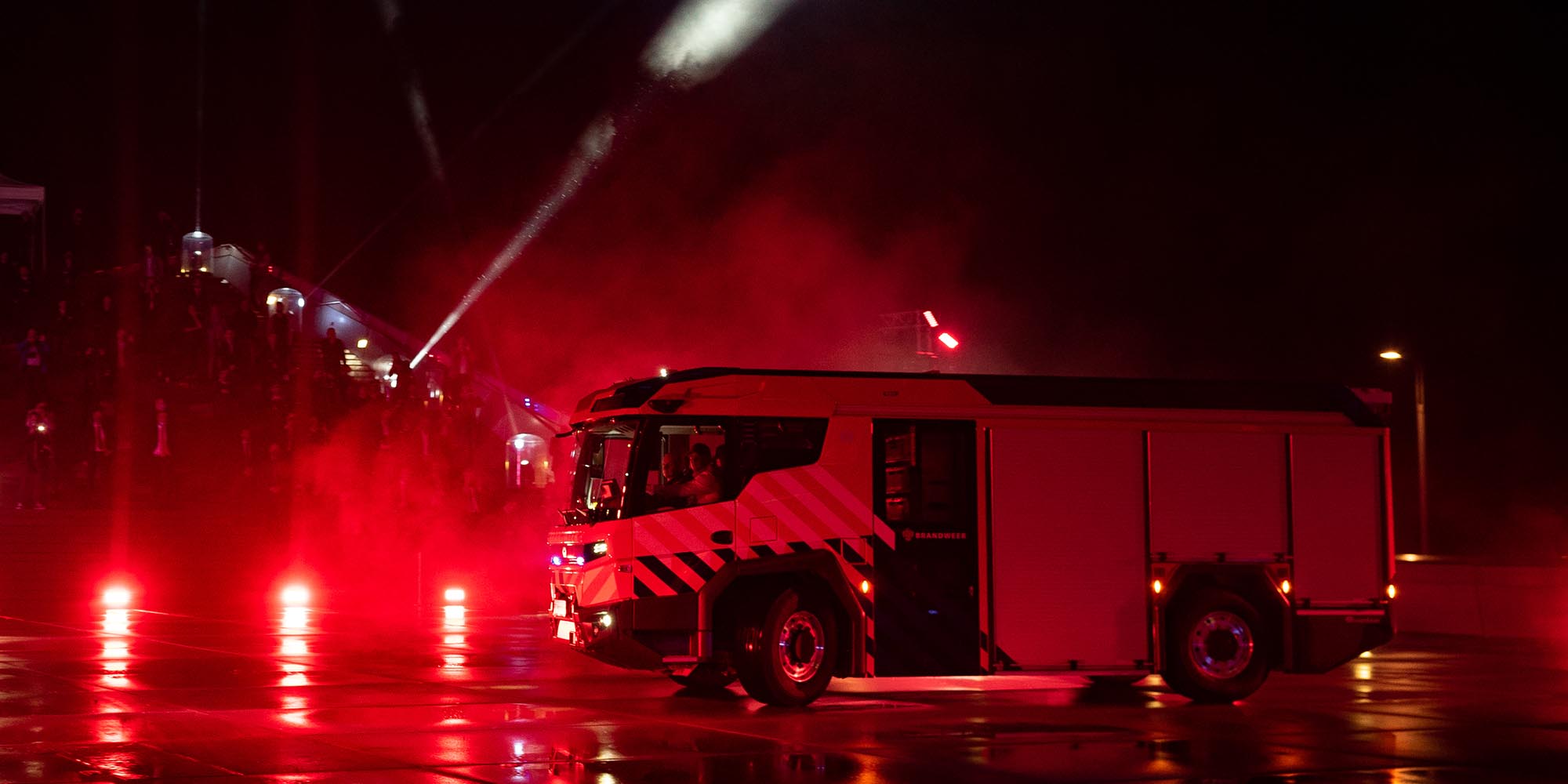 The reason for this was the launch event of the Rosenbauer RT fire truck, which was impressively staged by Ars Electronica Solutions. This was not a classic “revealing show” but rather the experience of the RTs on the move through their future “natural” environment, the urban space. The evening’s program, consisting of interactive presentations in Deep Space 8K, camera switching from the motorcycle and from the RT cockpits, footage from two camera drones, light show and RT choreography on the Ars Electronica Center’s Main Deck, was shown as a live stream on YouTube and Facebook.

We started at 6 p.m. sharp in Deep Space 8K, the heart of the Ars Electronica Center. A number of politicians, including the Mayor of Linz, Klaus Luger, Governor Thomas Stelzer, Chancellor Sebastian Kurz and Federal Minister Leonore Gewessler, underscored Rosenbauer’s importance and innovative spirit either on site or via video message. 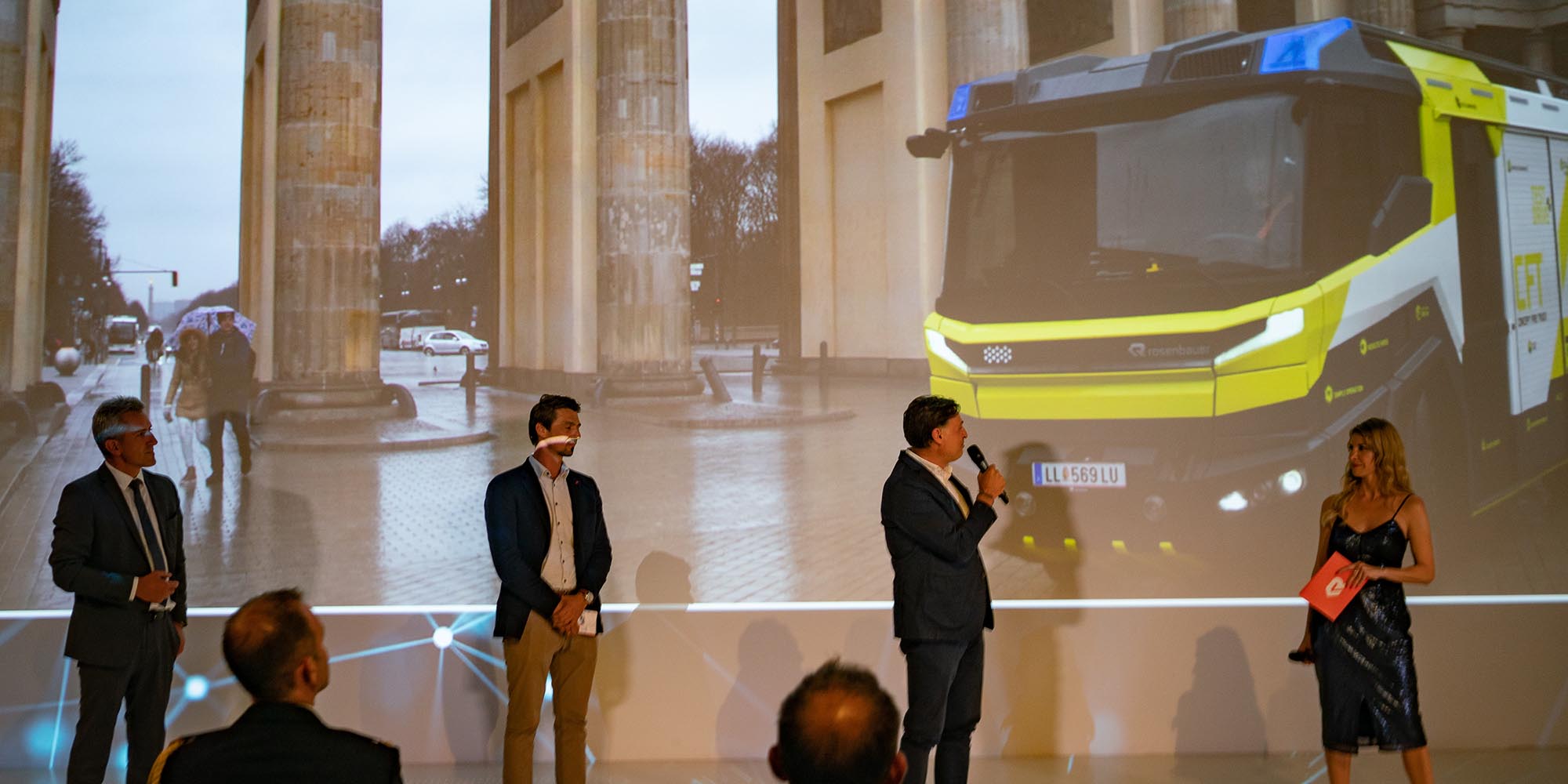 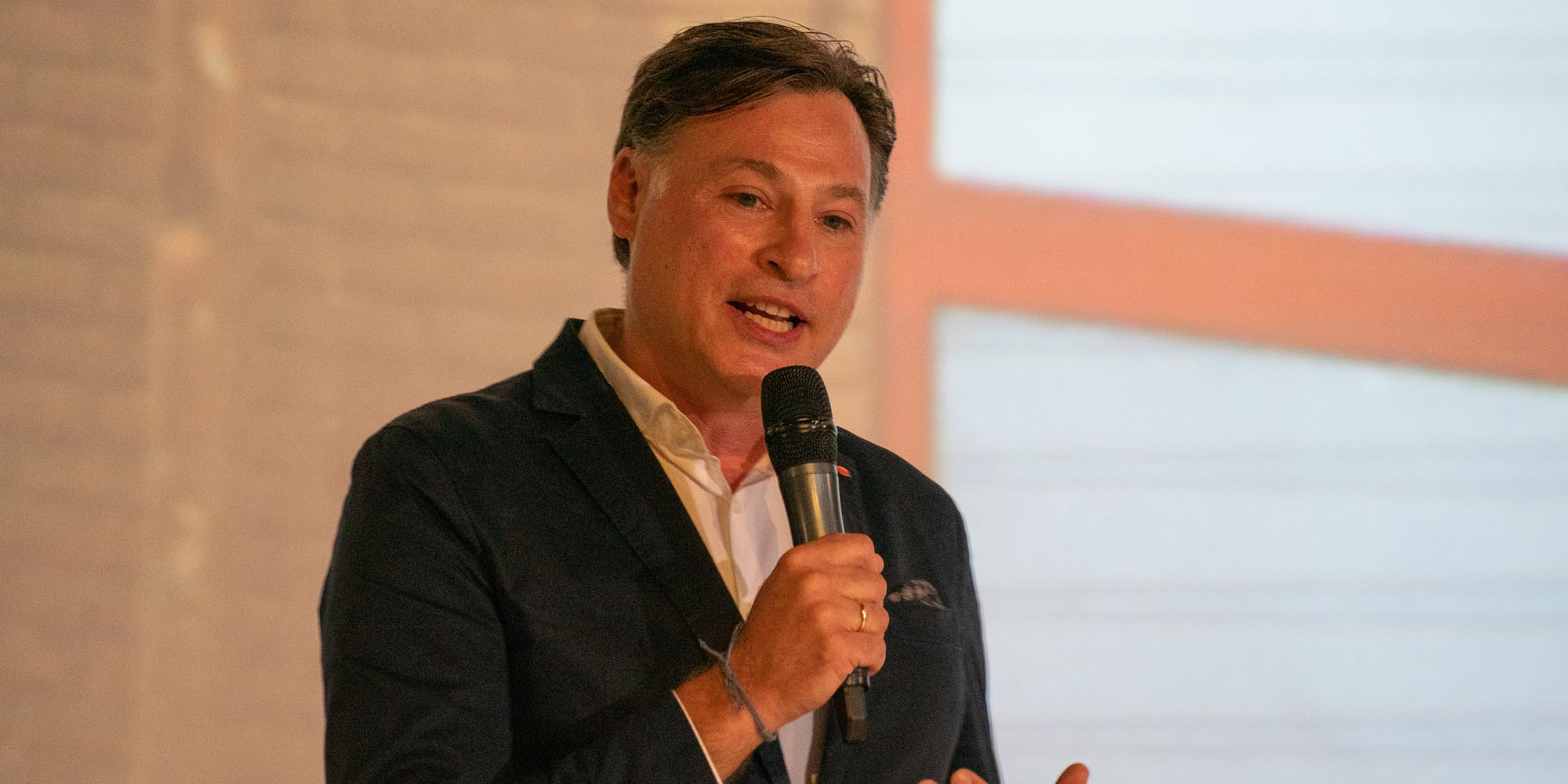 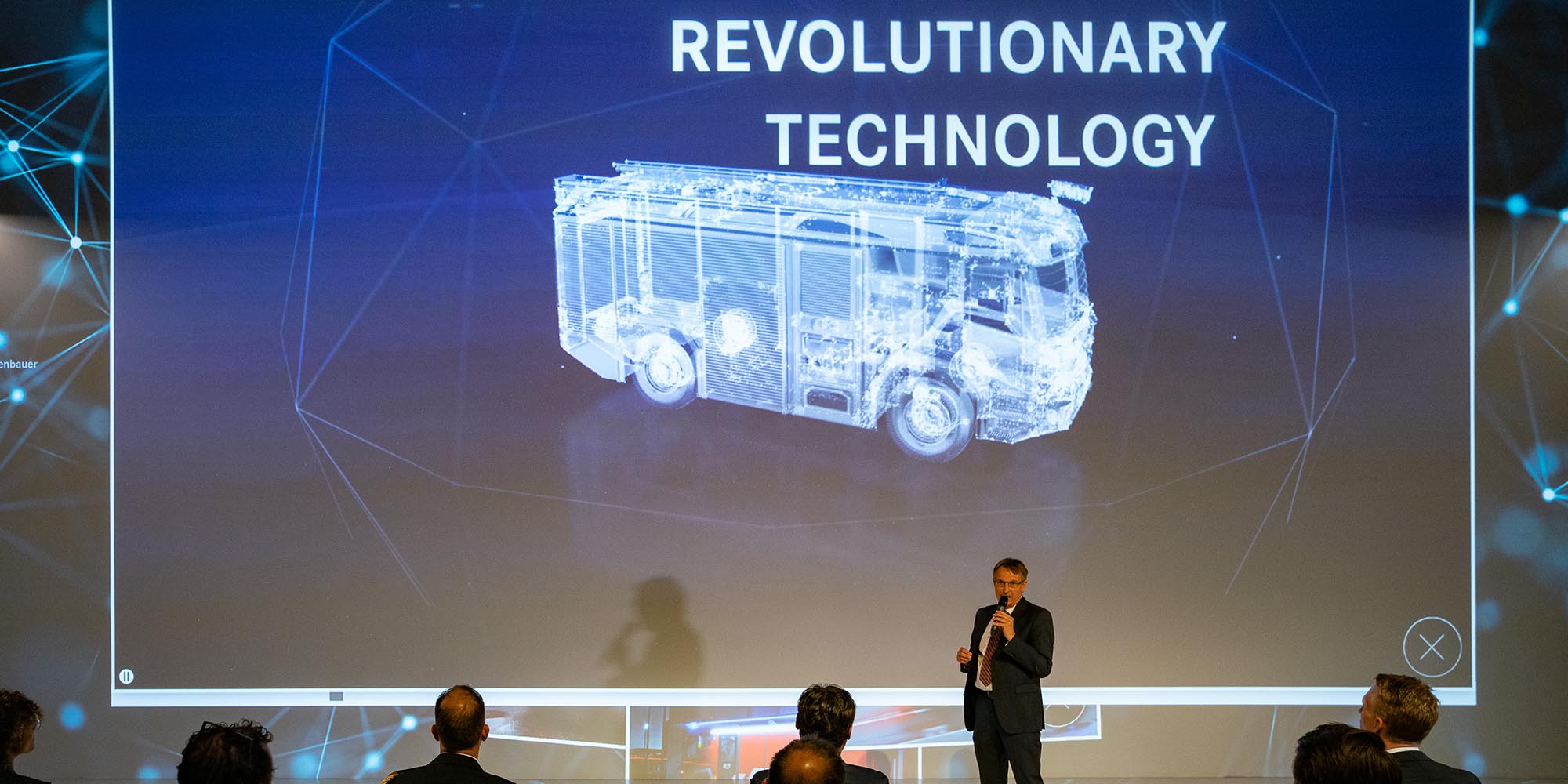 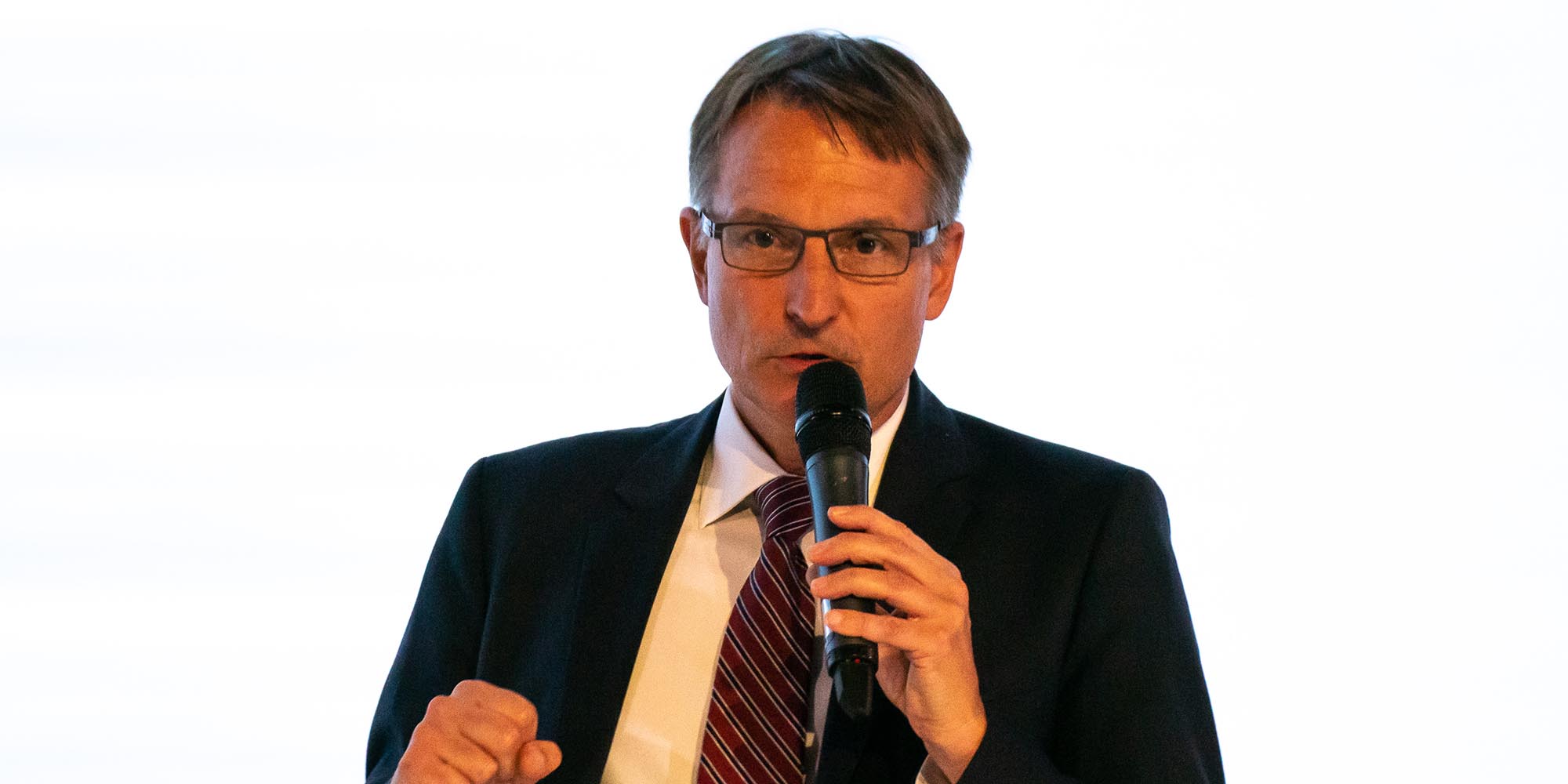 Representatives of the Amsterdam and Berlin fire departments were also on site, to whom their first RTs were officially handed over later that evening.

Due to COVID-19, representatives from Dubai were unfortunately unable to receive their new vehicle that evening. The Director General of Dubai Civil Defense, however, did not miss the opportunity to send a greeting message.

At 7:15 p.m., presenter Cathy Zimmermann switched live to the Rosenbauer distribution hall in Leonding, from where the three RTs for Amsterdam, Berlin and Dubai made their way through downtown Linz to the Ars Electronica Center. A police escort was there to ensure free passage and a dedicated motorcycle camera team to show the RTs in action. Additionally, Ars Electronica Solutions received technical support for the live stream, camera technology and show effects from Strobl Veranstaltungstechnik GmbH.

But the guests in Deep Space, on the Ars Electronica Center’s Main Deck and at home in front of the screens didn’t just get pictures of the journey. There were also switches directly into the trucks, where the representatives from Germany and the Netherlands clearly felt the joy of driving.

Arriving at the Linz Promenade, the route continued to the main square in Linz. High up in the air were two camera drones by Flightkinetic that offered breathtaking views of the RT convoy just before it arrived at the Ars Electronica Center.

Over the Nibelungen Bridge, the route continued, always in the focus of the camera drones that continued to circle high in the air. On the Main Deck of the Ars Electronica Center, the RTs were still showing off their skills, from lowering the body to so-called crab steering.

At the end of the evening, not only Ars Electronica Solutions and the audience, but also the Rosenbauer Group were certain: What a spectacular staging of a vehicle that will change the industry!