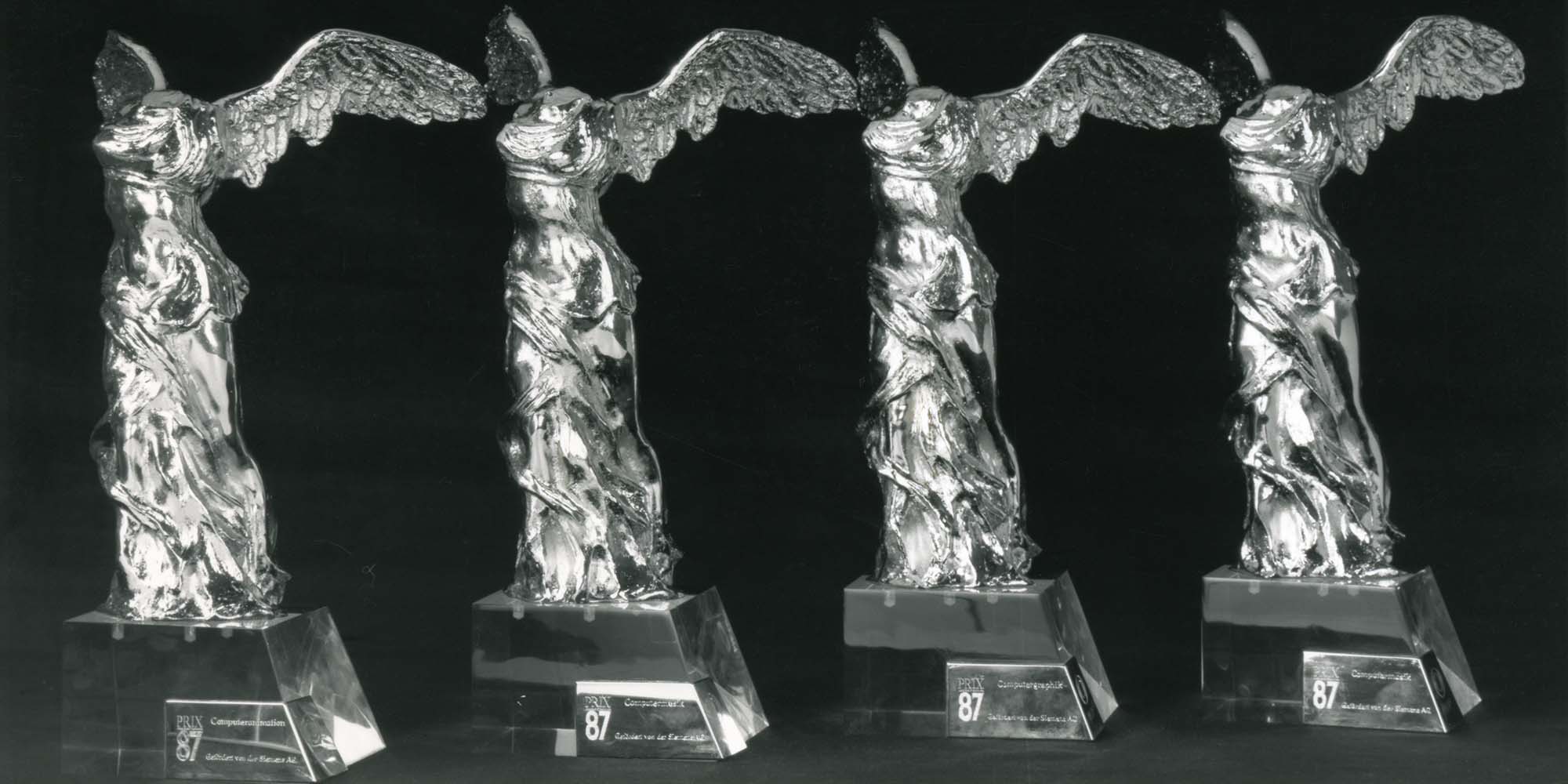 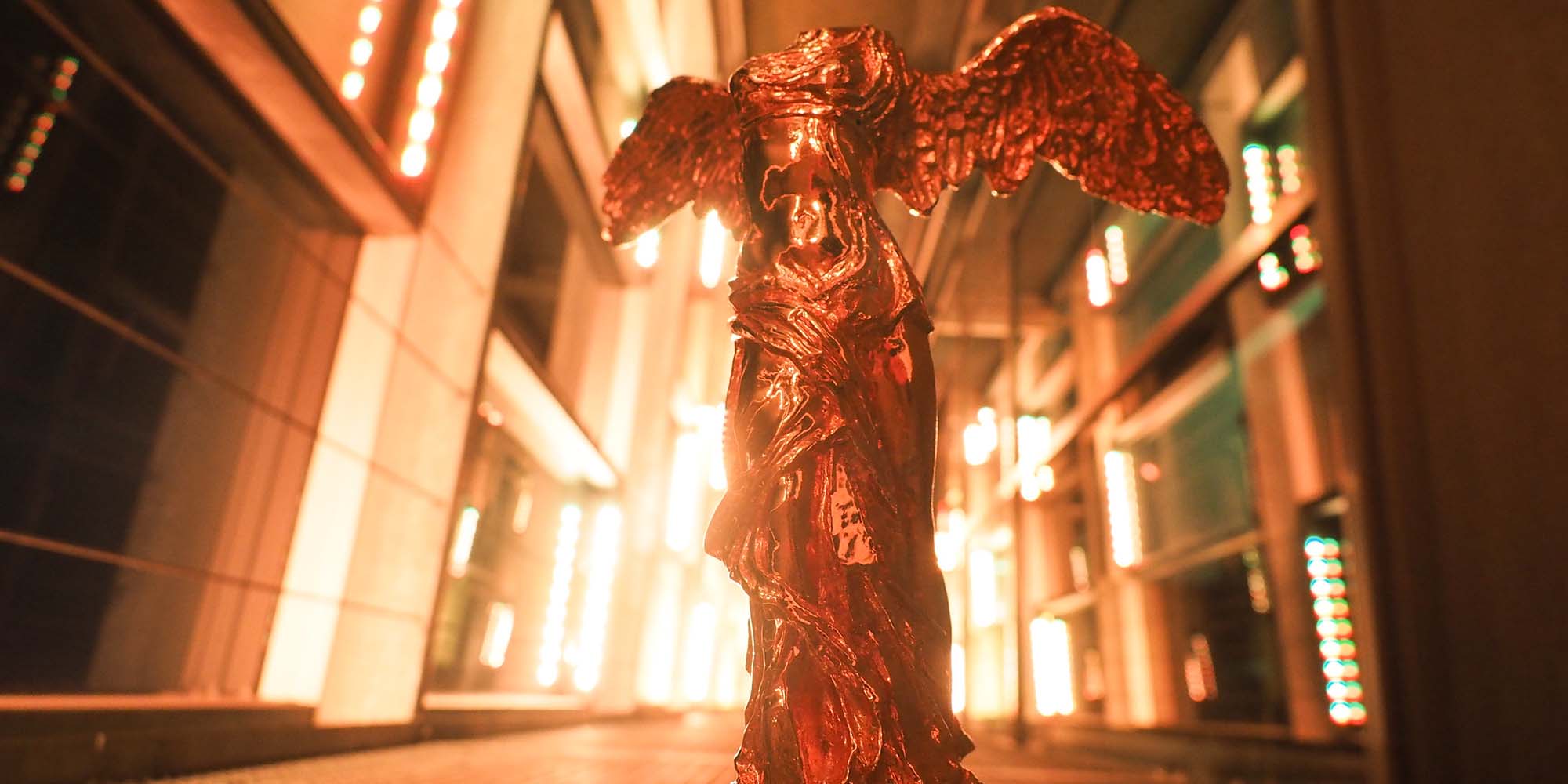 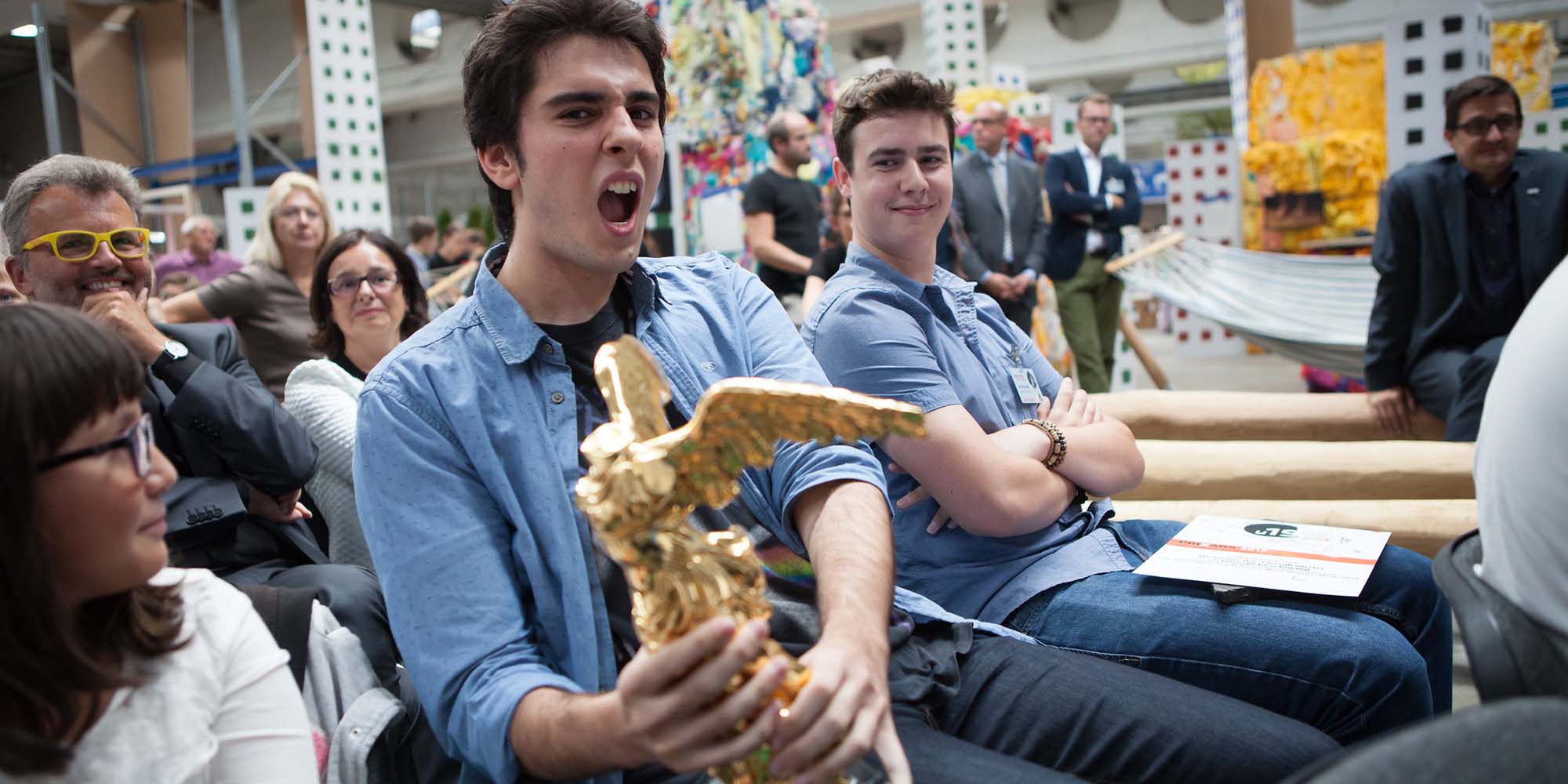 The Nike of Samothrace, created at about 190 B.C. by sculptors on the island of Rhodes, is a masterpiece of Greek art. For 120 years, it hast stood in the entrance hall of the Louvre in Paris where, along with the Venus de Milo, it is one of the museum’s main attractions. The goddess with a flowing cloak posed on the bow of a ship that she leads on through the storm to victory – the Nike of Samothrace is the symbol of victory par excellence of fierce battles. A good 2000 years later, in 1986-87, Hannes Leopoldseder, Christiane Schöpf and graphic artist Johann Schorn were thinking about a trophy for the Prix Ars Electronica that had just been created. What should it look like? Kinetic? Technological? No – it should be a symbol of victory in the stormy times of the digital revolution, of similar baroque beauty and with staying power. The last syllable of “Ars Electronica” – NICA – and the name of the goddess of victory – NIKE – matched each other almost too well, both acoustically and visually – the Golden Nica was born. The trophy of the Prix Ars Electronica, the world’s most traditional media art competition, transformed itself over time into the Oscar of the electronic and digital arts.