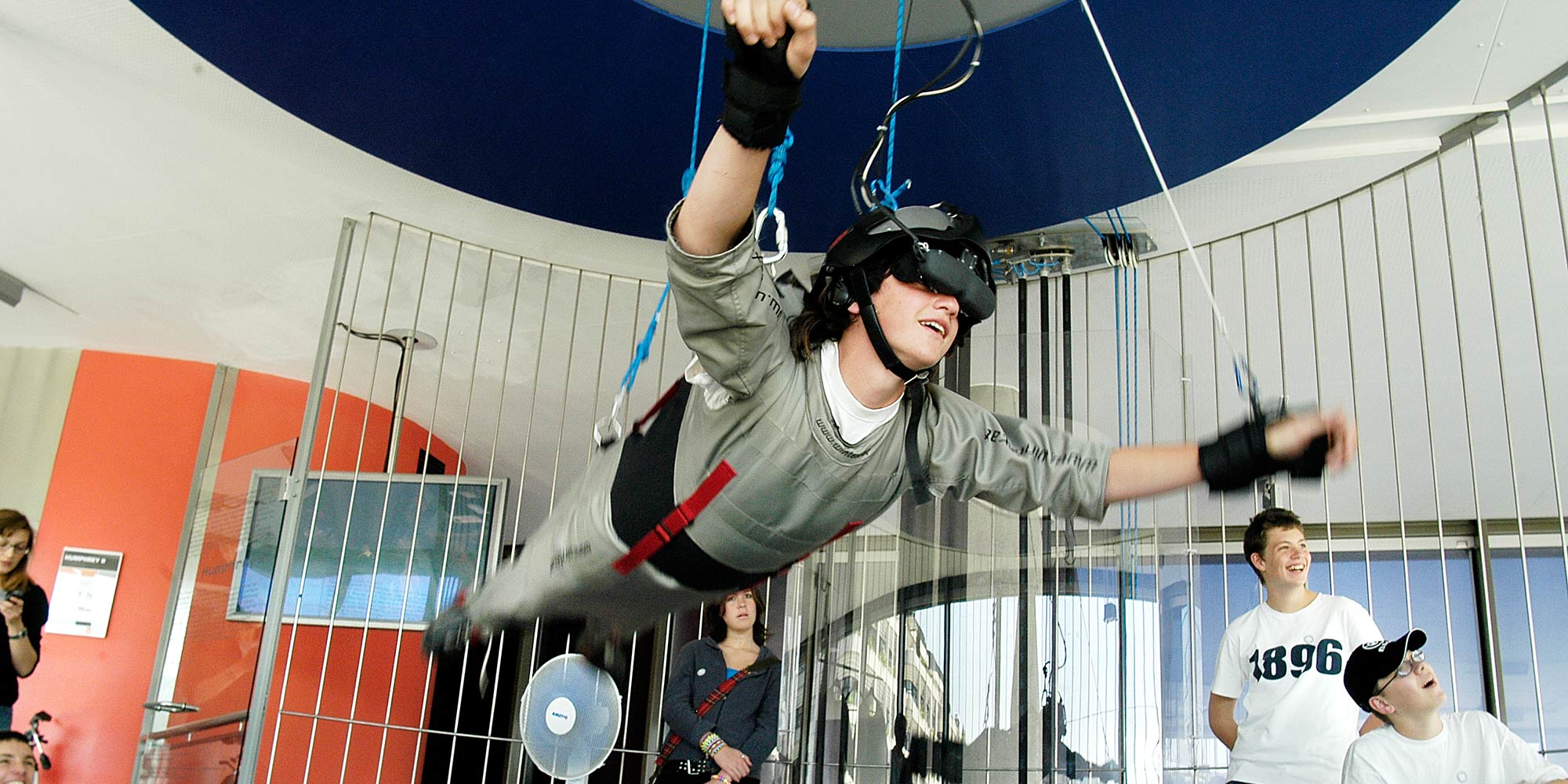 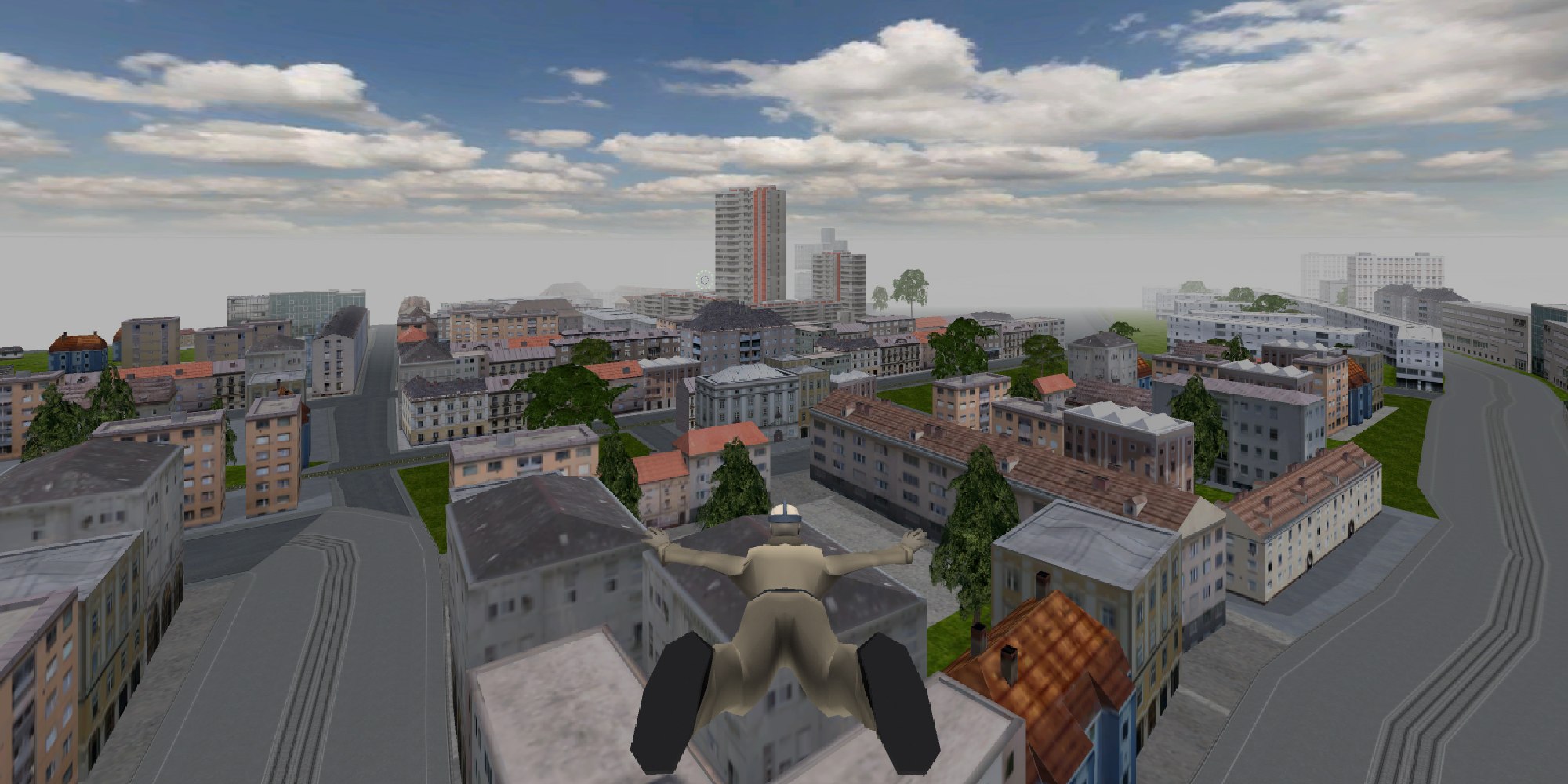 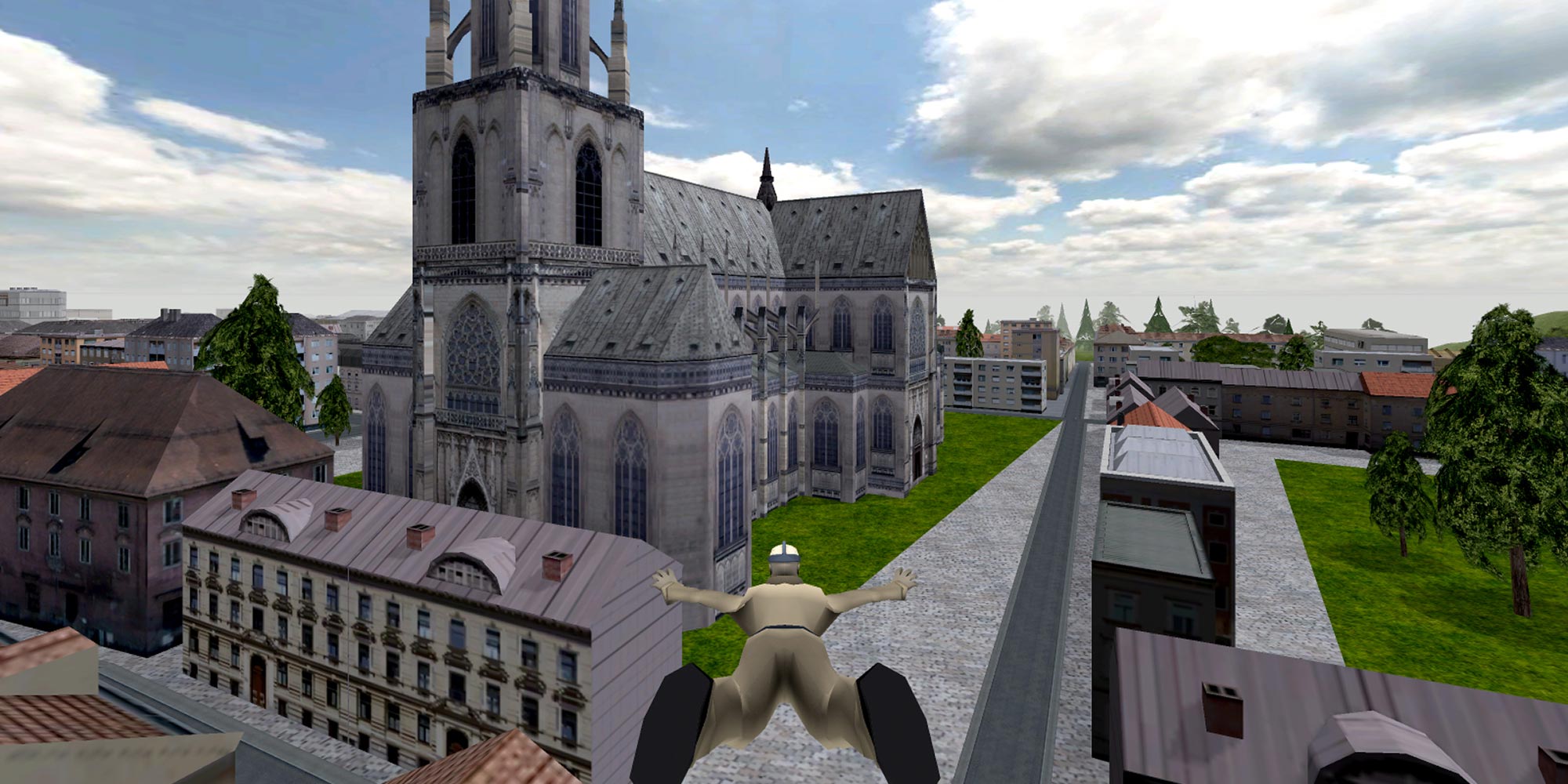 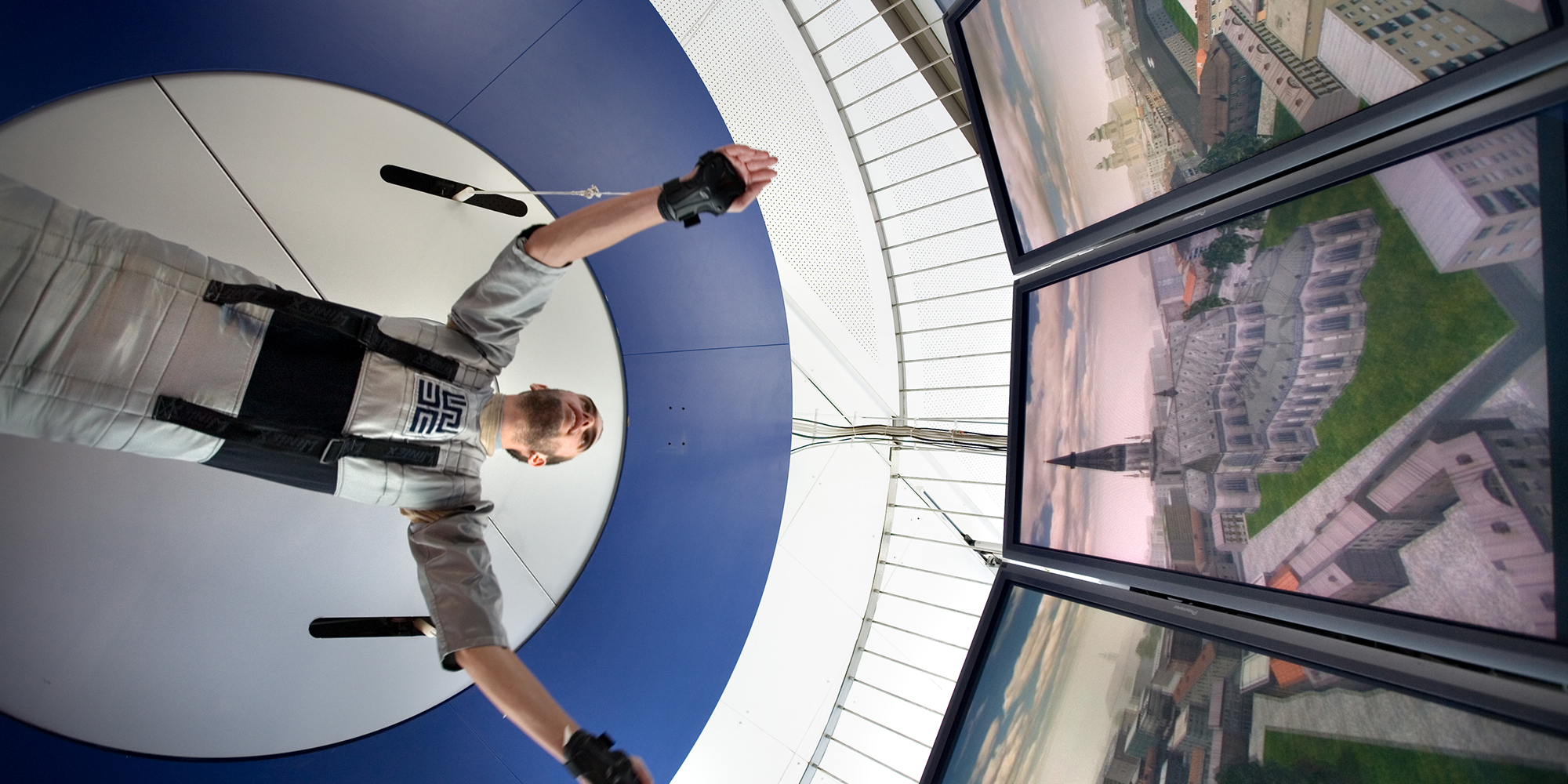 Credit: Pilo
ZurückWeiter
Virtual reality refers to a digital image of reality created on a computer.

Humphrey was an unusual kind of flight simulator which from 1996 to 2008 gave visitors the experience of flying – complete with the physical sensation. Instead of entering a flying object, you put on a kind of suit plus a head-mounted display. You were brought into a flying position, where you could navigate a virtual reality environment through your own body movements. With its futuristic appearance, Humphrey was not a space capsule that users climbed aboard, but rather a technical apparatus strapped on like a backpack. The exterior shell consisted of pads that partially enwrapped the body to hold the user in flight position. The “flier,” however, remained recognizable as a human being, which was one of the chief aims of the design of this device. From the roof of the Ars Electronica Center you started your virtual flight over Linz and could even dive into the Danube to discover an imaginative water world. This special form of virtual reality experience brought visitors into intimate contact with technologies and their potential. Over the years, Humphrey was further developed and enhanced by the Ars Electronica Futurelab with new graphics processors. However, the virtual flight was not without incident; when Humphrey suddenly refused to descend, the mayor of Madrid had to be lifted out by four people to safely land on the ground.