Join: What will your life be like in 25 years? 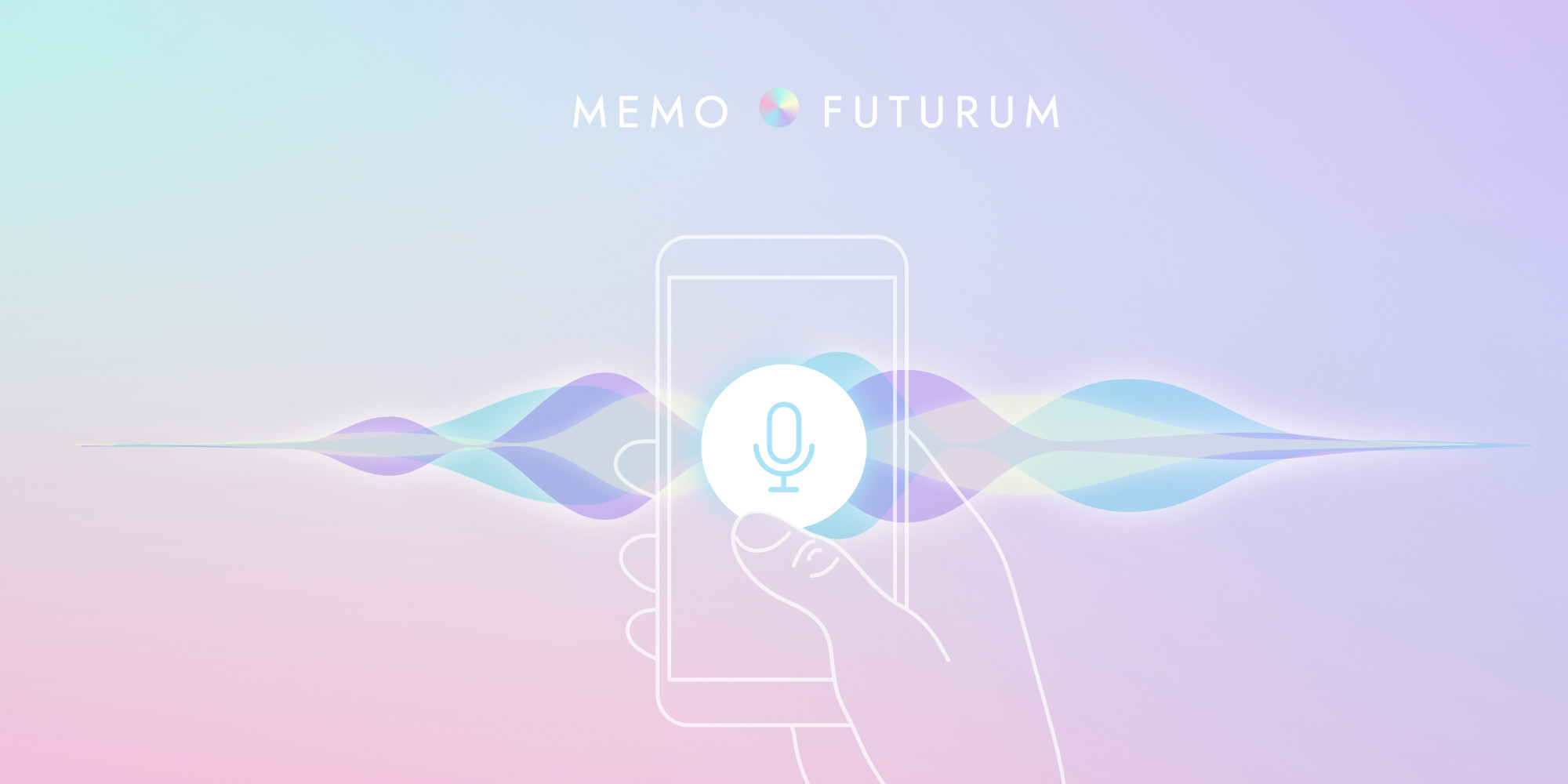 How we imagine our future has great influence on how we live and act in the present. The Ars Electronica Futurelab’s “Memo Futurum” project is an invitation to engage with these visions and attempts to capture our personal and collective ideas about the future.

The basic question is: How do you imagine your life in 25 years? Interested people record a short voice memo about their vision of the future via the “Memo Futurum” website and can listen to how other people talk about the future. But time is running out: Memos can only be saved and played back until the end of this year. 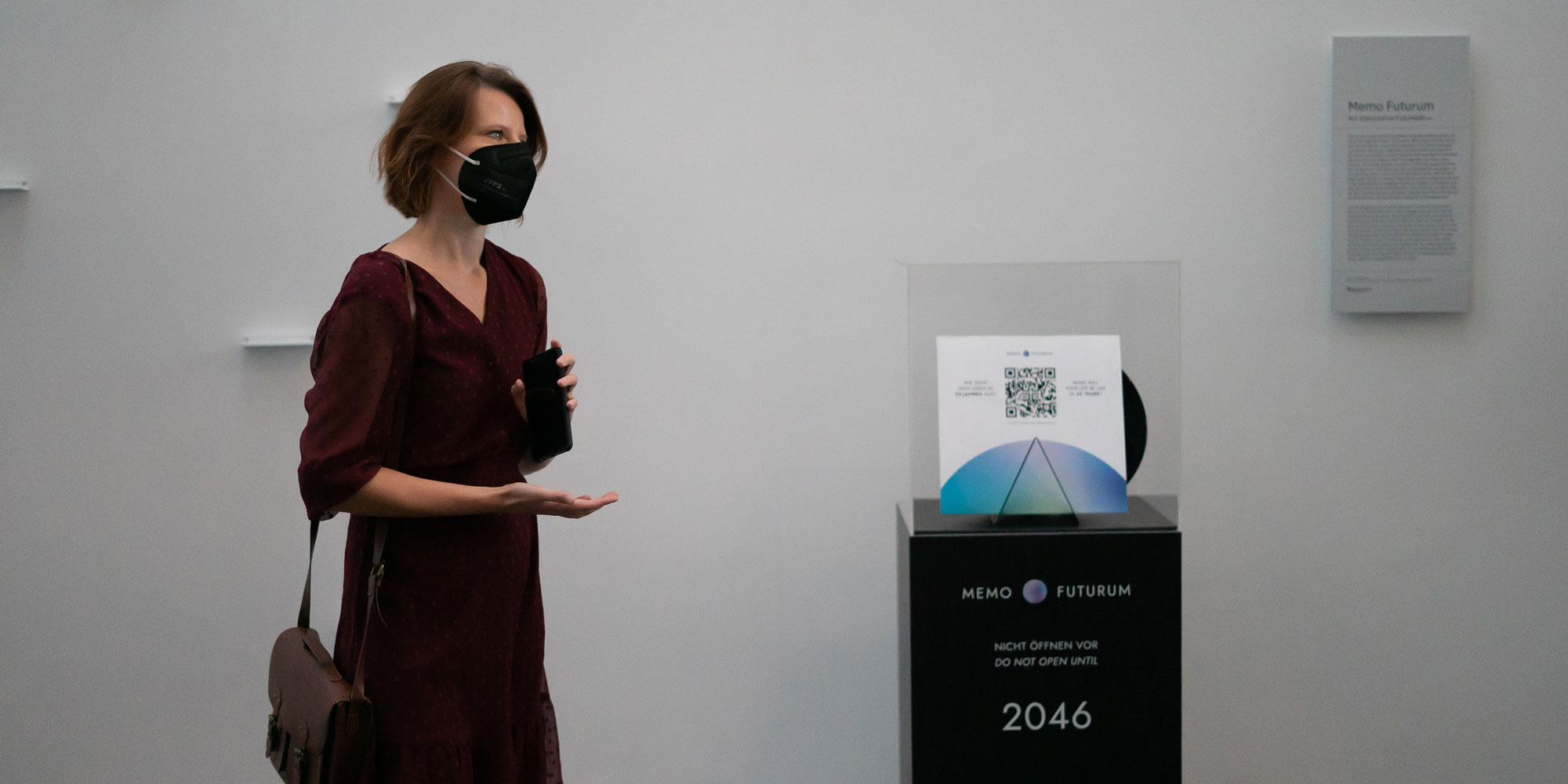 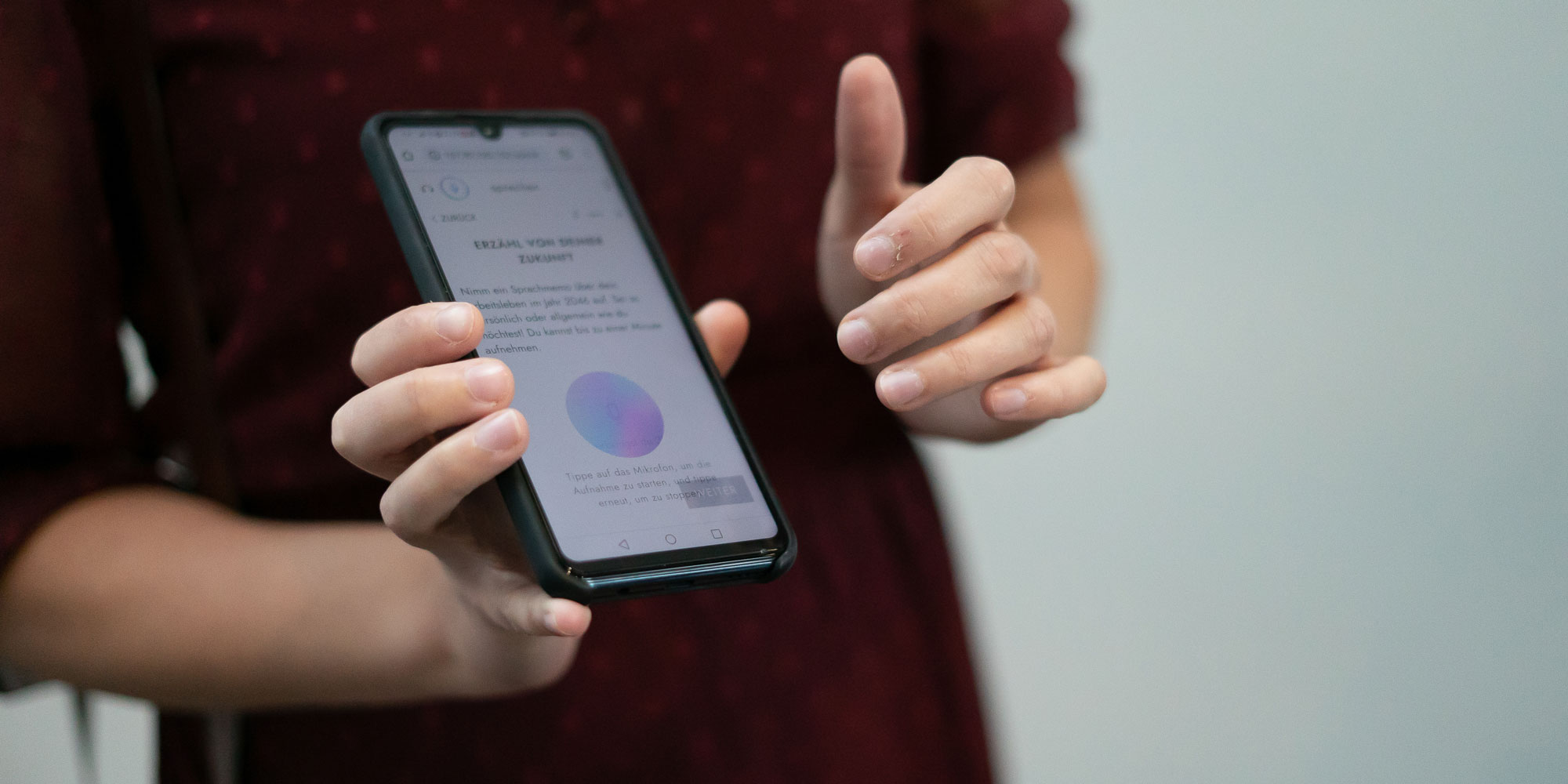 On the “Memo Futurum” website you can record a voice memo and listen to those of others.
Credit: Birgit Cakir 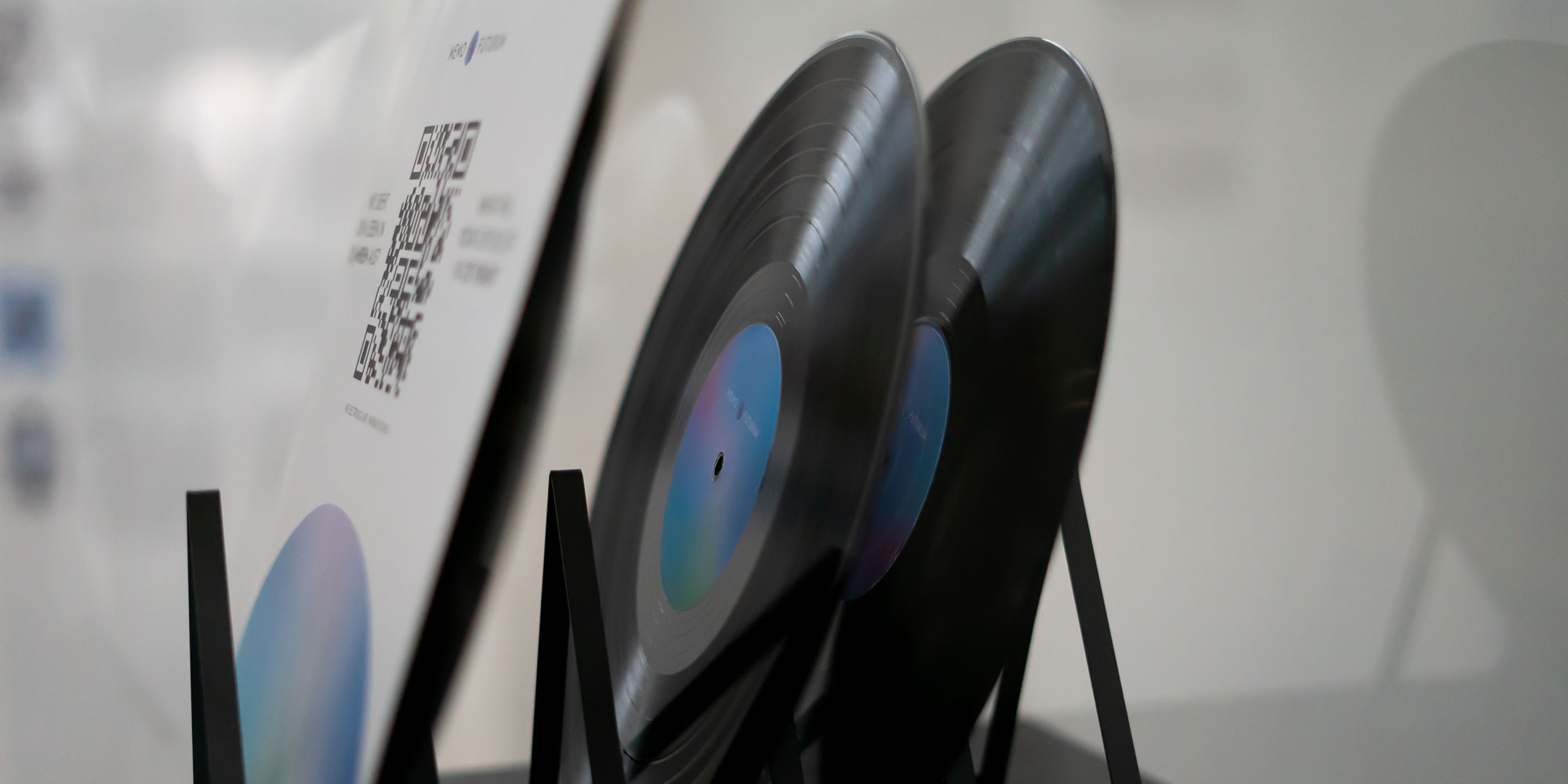 The basic question: How do you imagine your life in 25 years?
Credit: Birgit Cakir 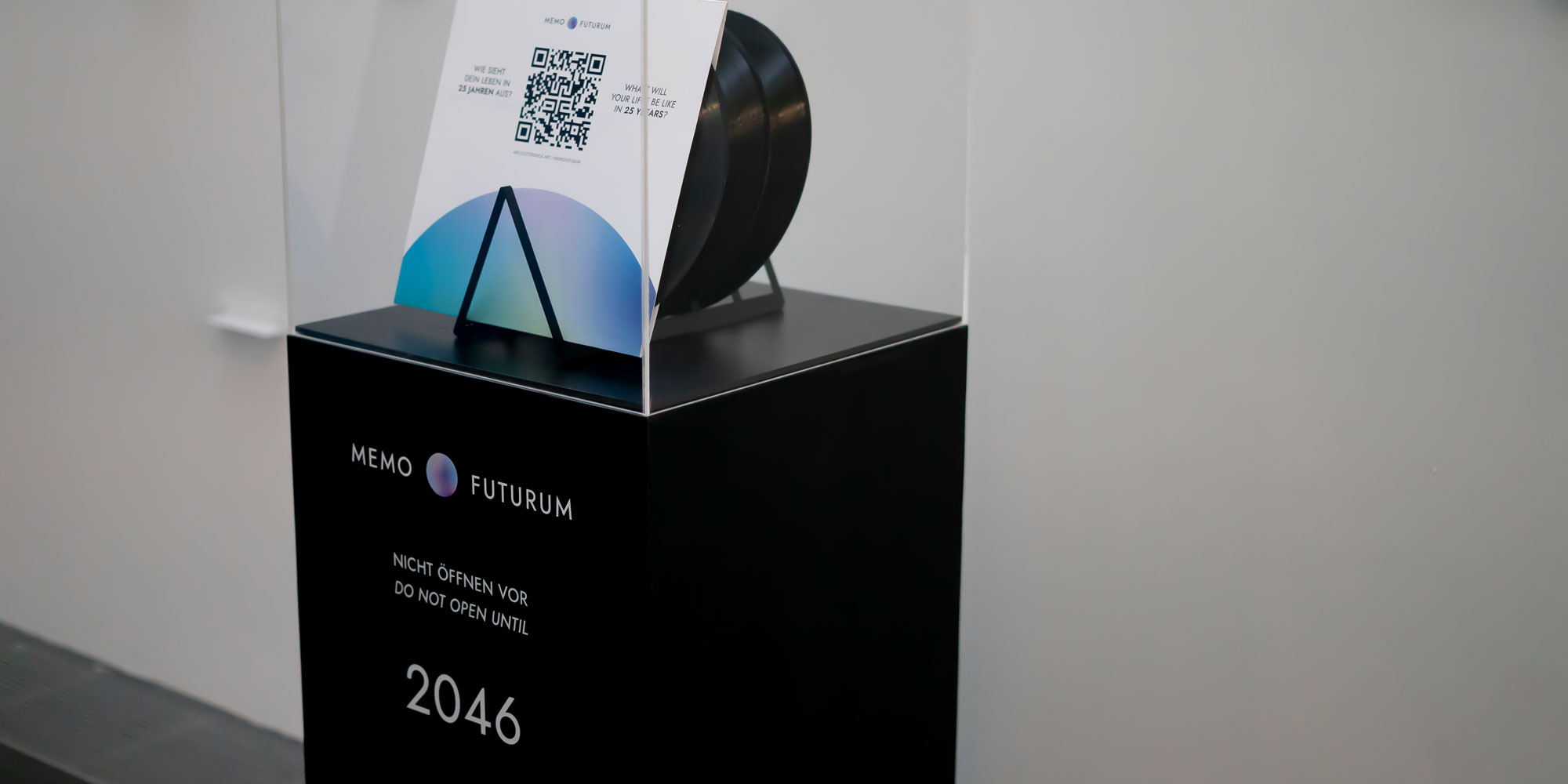 Under lock and key until 2046 – then the cycle of “Memo Futurum” starts all over again.
Credit: Birgit Cakir 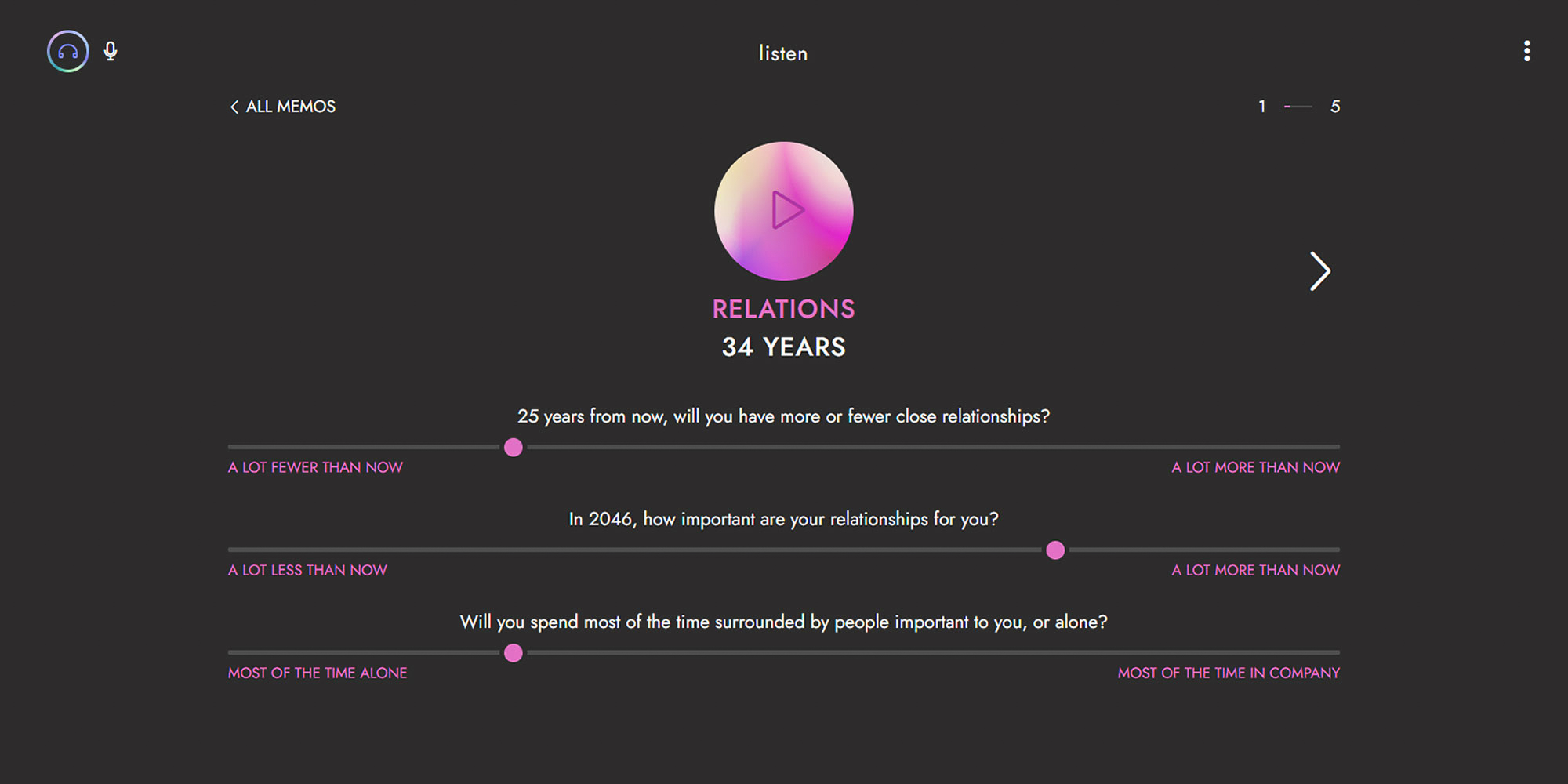 “Memo Futurum” depicts five important areas of life that can be scaled and viewed in a collective context.
Credit: Susanne Kiesenhofer

At the end of the year 2021, the memos will be transferred to records and stored in a glass case that won’t be opened again for another 25 years. In 2046, we will listen to the recordings again, and everyone will be able to record new memos. In this way, the project becomes a ritual that is repeated and expanded every 25 years.

“Memo Futurum” is a project of the Ars Electronica Futurelab and was created as part of the internal ideas competition “Futurelab Ideas Expedition 2021”. With the themes of work, housing, leisure, values and relations, it depicts five important areas of life that can be scaled and viewed in a collective context. Join now!