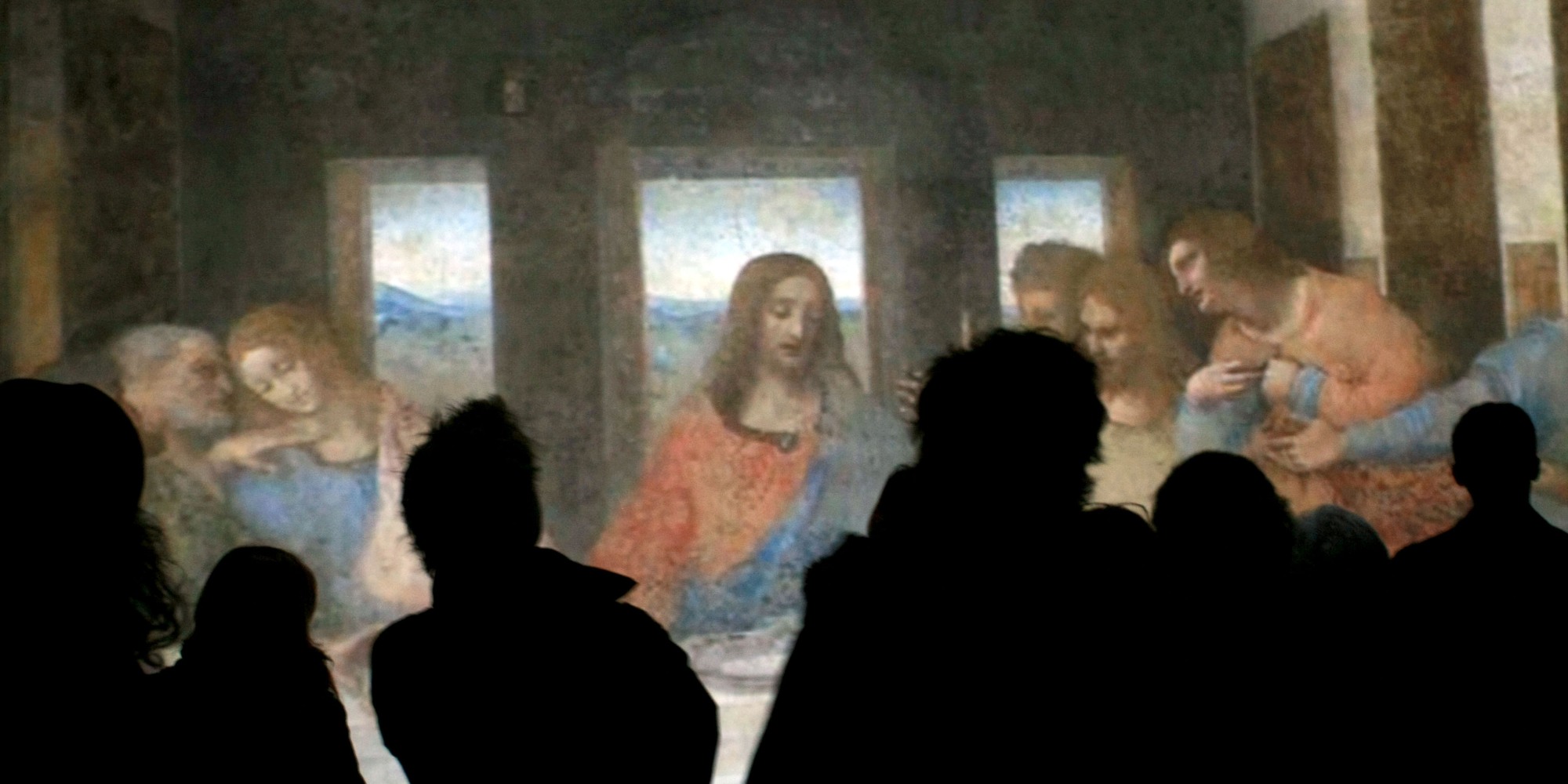 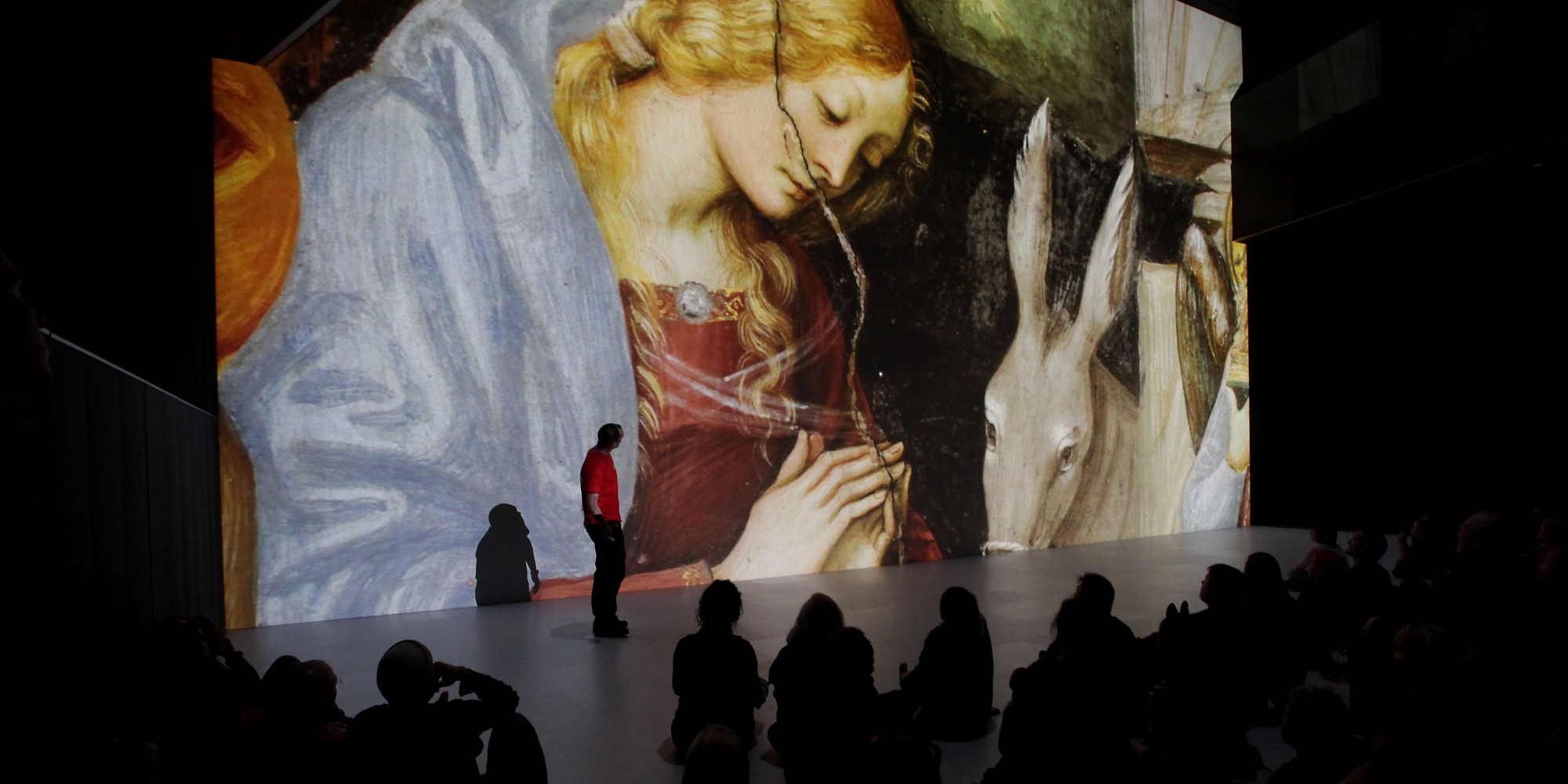 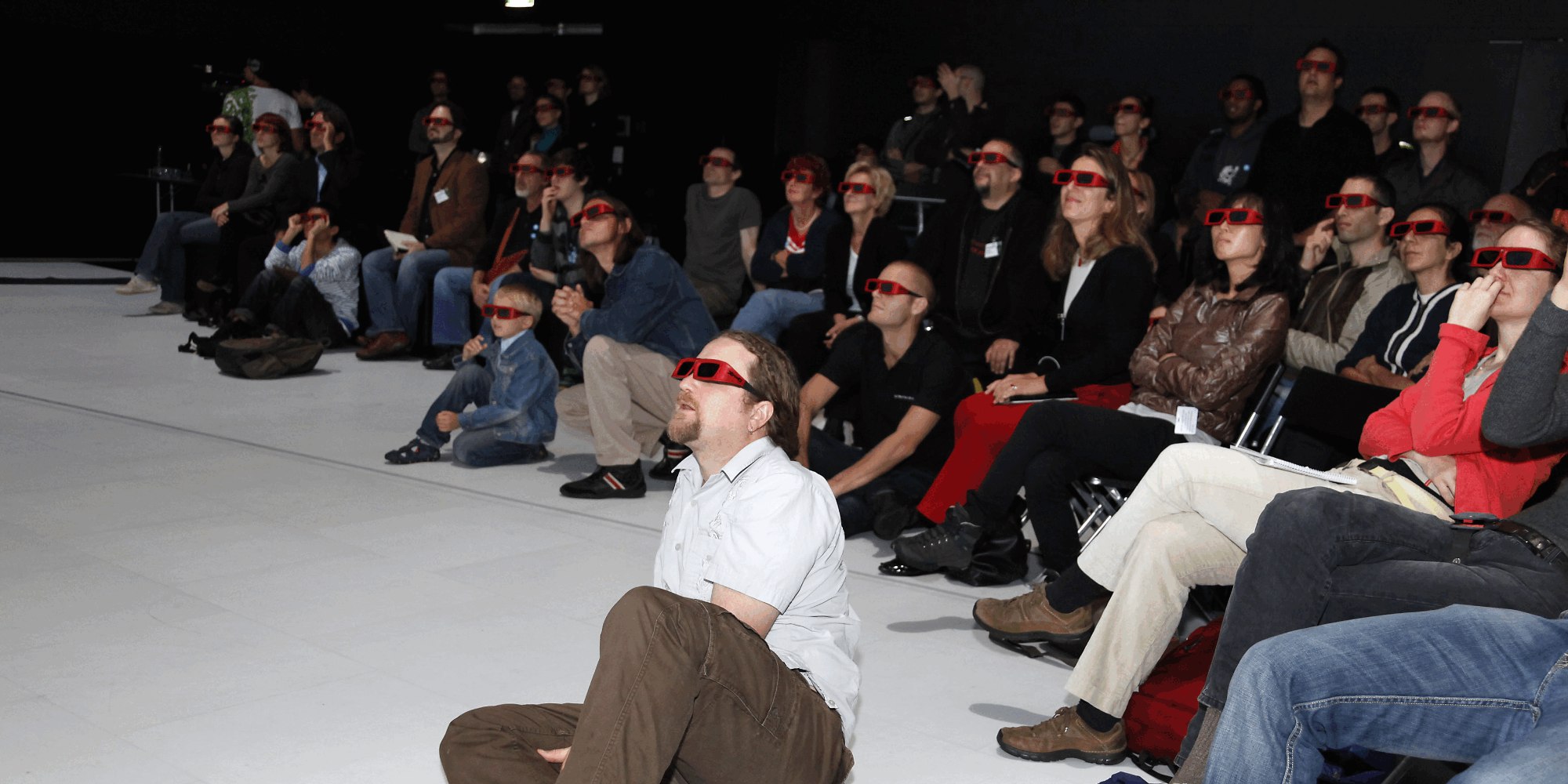 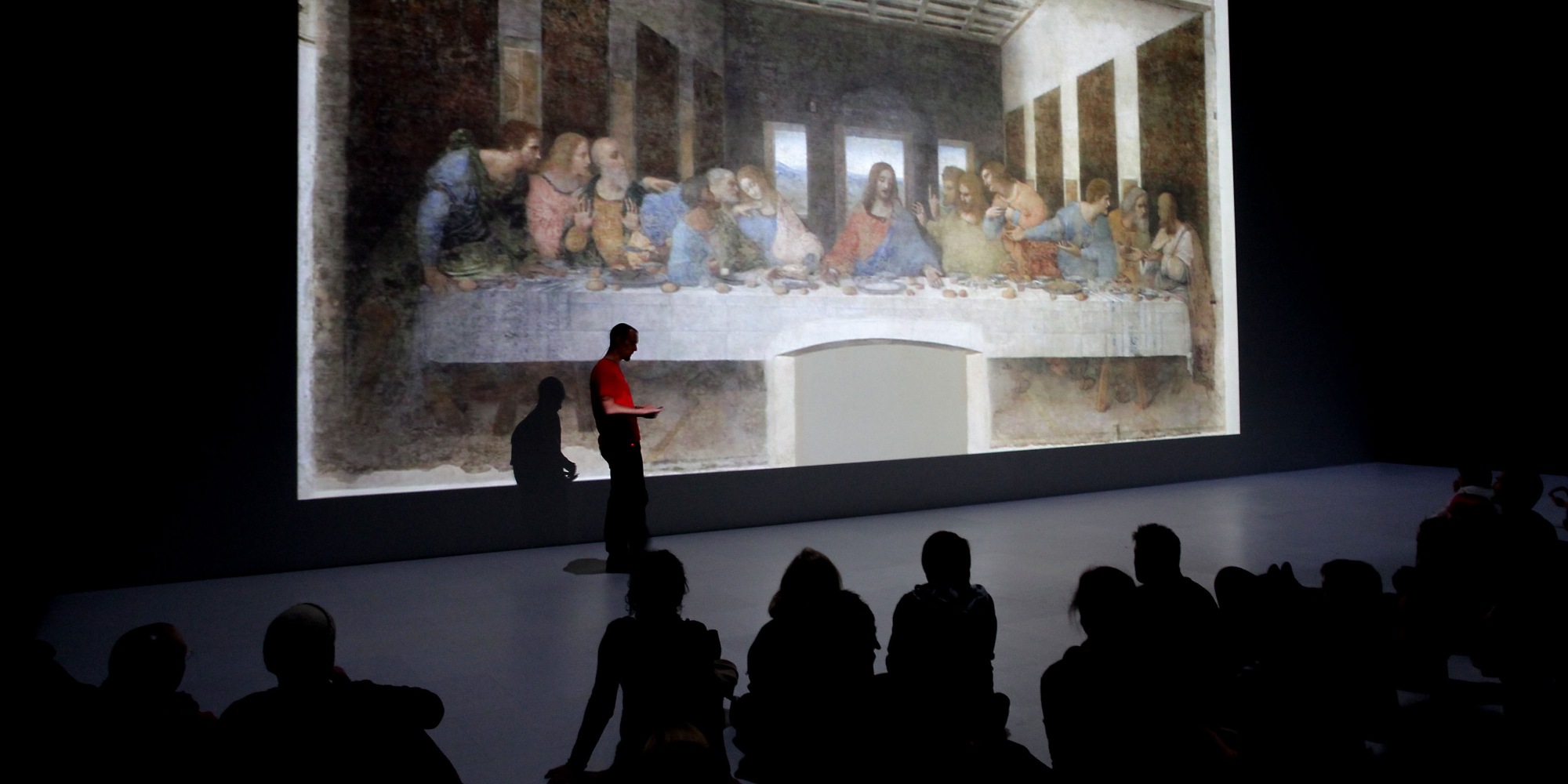 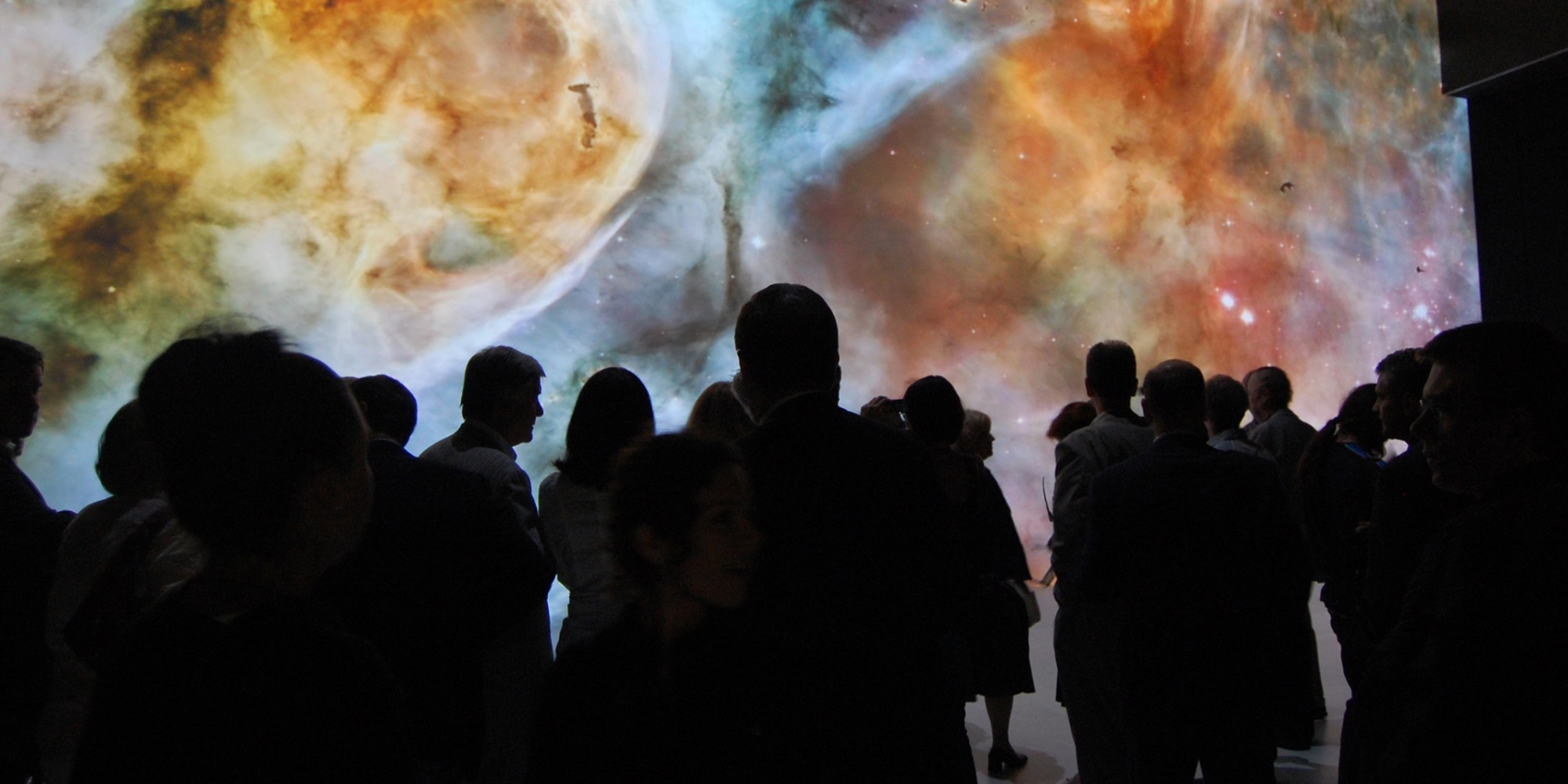 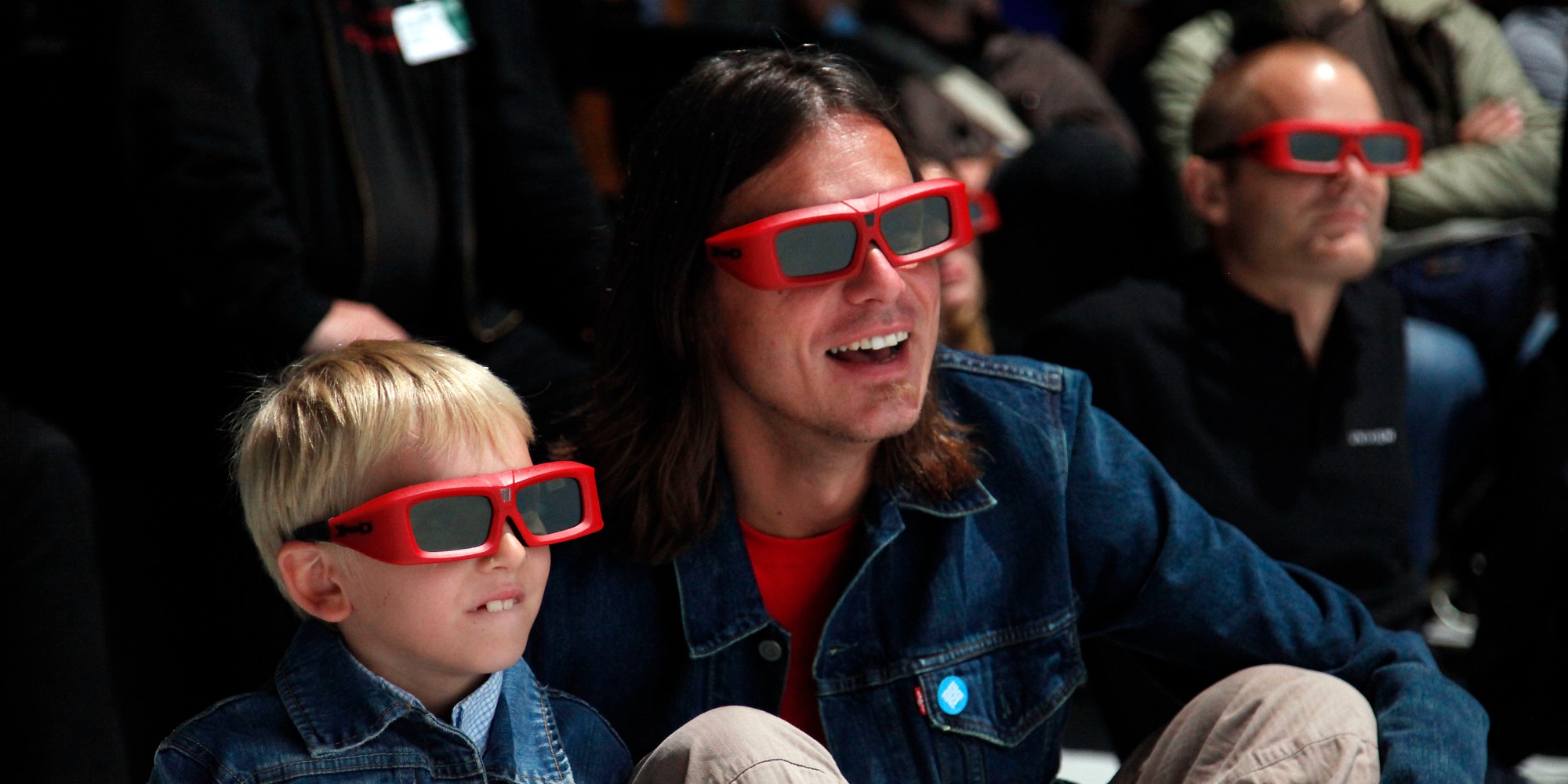 The story begins with a conference trip to Italy. Around the turn of the millennium, Gerfried Stocker and Horst Hörtner visited Florence as part of this trip and, while discussing unanswered questions about the concept and design of a new Ars Electronica Center, viewed the Florentine Cathedral and the Basilica di Santa Croce. The Basilica di Santa Croce is best known for several notable tombs, including those of Italian astronomer and physicist Galileo Galilei and Italian sculptor and painter Michelangelo Buonarroti. Florence Cathedral, whose dome was designed by Italian architect and designer Filippo Brunelleschi, is one of the largest churches in Italy. Perhaps it was the combination of the pervasive Renaissance spirit there and the impressive size of the cathedral’s interior and dome that suddenly made them realize: they would be going for a much larger scale projection space for interactive, stereoscopic and high-definition content for the new Ars Electronica Center. Thus, from the spirit of the Renaissance, Deep Space was born, which would lead to a complete rebirth of the museum just 13 years after the opening of the Ars Electroncia Center in 1996, as an evolution of the CAVE. In various forms, the Renaissance has been a recurring motif throughout Deep Space’s history. A gigapixel photo of Leonardo da Vinci’s Last Supper at the Santa Maria delle Grazie monastery in Milan was among the first programs offered when Deep Space opened in 2009.

More information about the new Deep Space EVOLUTION can be found here.