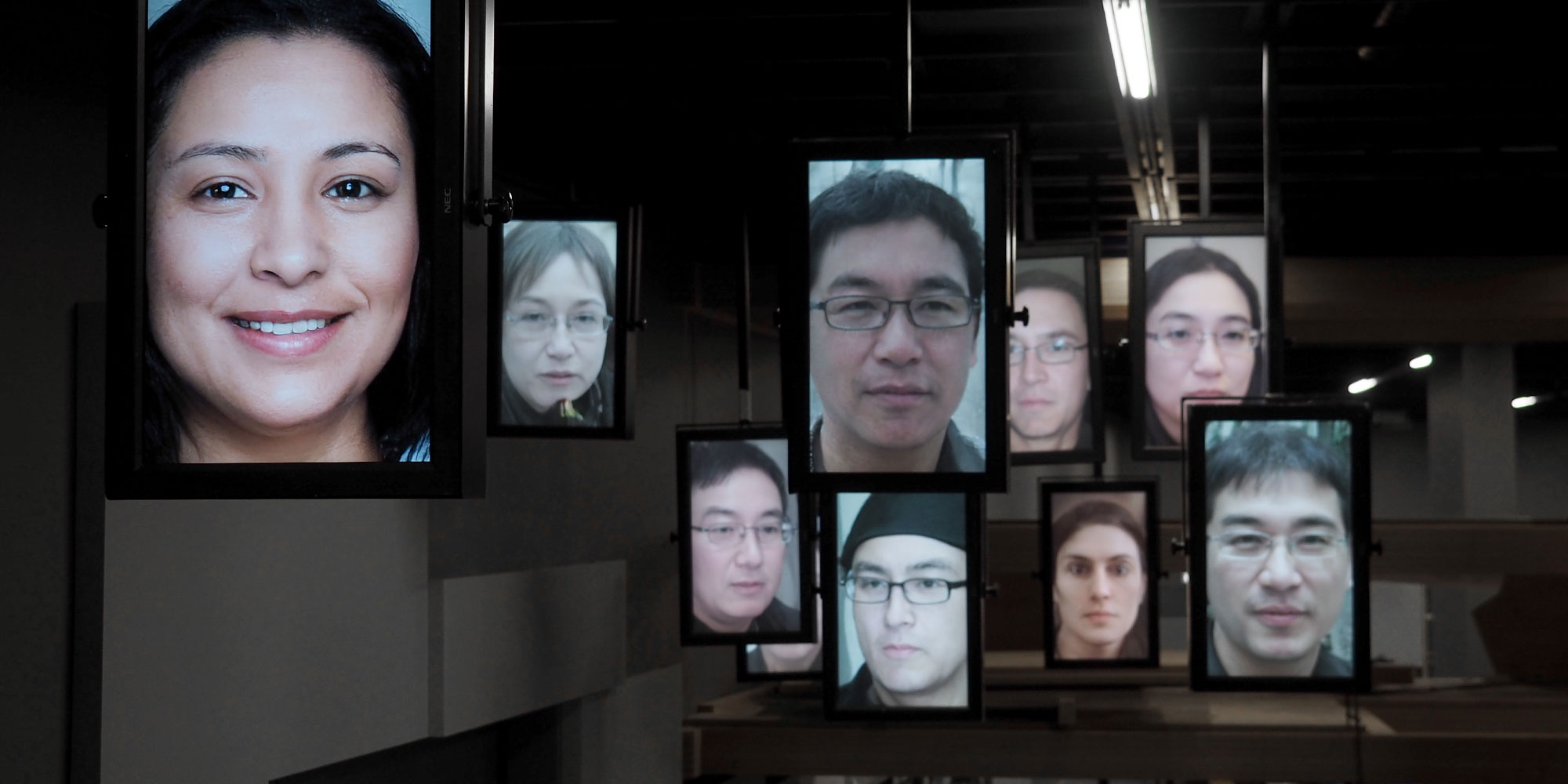 What is a “ghost”? Generally it is understood as an inner “soul” and a mysterious outward appearance. What a Ghost Dreams Of grapples with a new “ghost” of our time: digital surveillance in our society. Here in the Main Gallery, visitors are observed by a large “eye” when they come in. Everyone who passes by is fed by computer vision directly into a “ghost” that creates new digital faces of people who do not exist in the real world. What do we humans project into the digital counterpart we are creating with AI? It is getting to know our world without prior knowledge and generating data that never existed. What are the effects of using AI to produce works of art? Who holds the copyright? And what is AI, the “ghost,” dreaming about, and what does that mean for us as human beings?