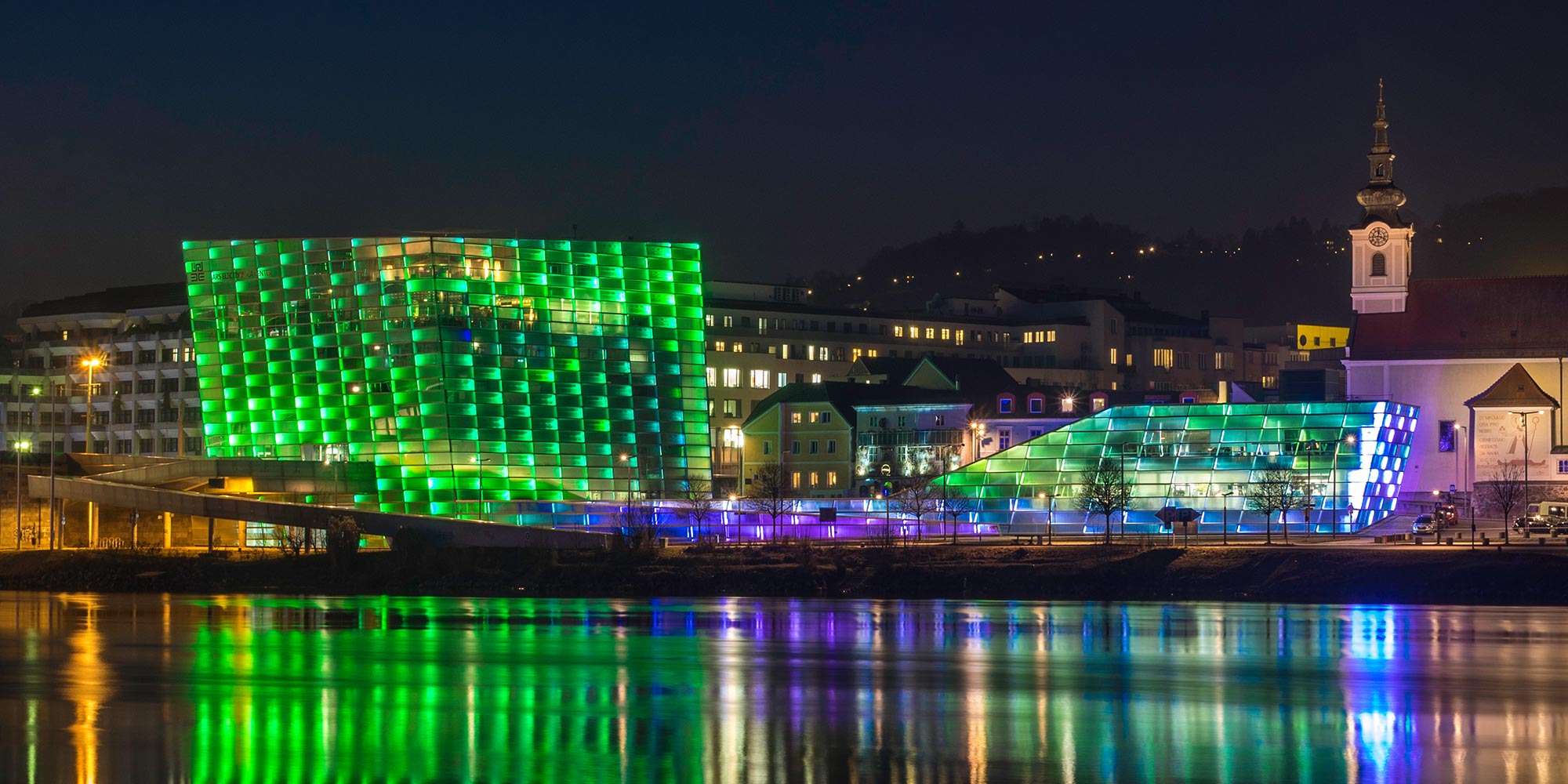 Since January 2009, the Ars Electronica Center has been shining night after night. 38,500 LEDs are built into the Ars Electronica Center’s 5,100-m2 glass shell. Every one of the façade’s 1,100 glass panels thus becomes what amounts to a pixel that can be individually controlled. Each of the LED beams used here includes red, green, blue and white LEDs, which makes available a very wide color spectrum. In order to minimize technical access impediments, the Ars Electronica Futurelab created a special development environment with which façade projects can be realized in a simple way with widely available tools (e.g. Max/MSP, Processing, VVVV) that lots of users are familiar with. An application made available free of charge thus enables artists and developers to work out their ideas offline at their own workstations and to simulate the visual results before they’re displayed live on the façade.

For the opening of the new AEC, Zachary Lieberman and Daito Manabe were invited to be the first to put the façade through its artistic paces before an audience. What came out of this was a 10-minute visualization accompanied by a soundtrack that cuts in at particular moments, as well as a work based on the concept of a planetary clock that can be presented on an ongoing basis. The orbits of the planets control the movements of the colors on the façade while image of the surface of the sun produced by research satellites contribute dynamic lighting effects.

Another prime option for putting the façade into action is direct interaction. Ars Electronica Futurelab staffers developed an SMS interface that can be used to control the façade’s colors and patterns of movement and send text messages to the façade. Later on in 2012 the AEC Facade Terminal was put into place, allowing the public to connect their MP3 and “play on” the LED façade of the Ars Electronica Center. This feature is enhanced by loudspeakers that have been integrated into the façade. 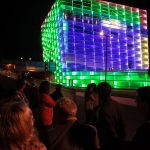 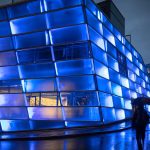 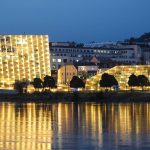