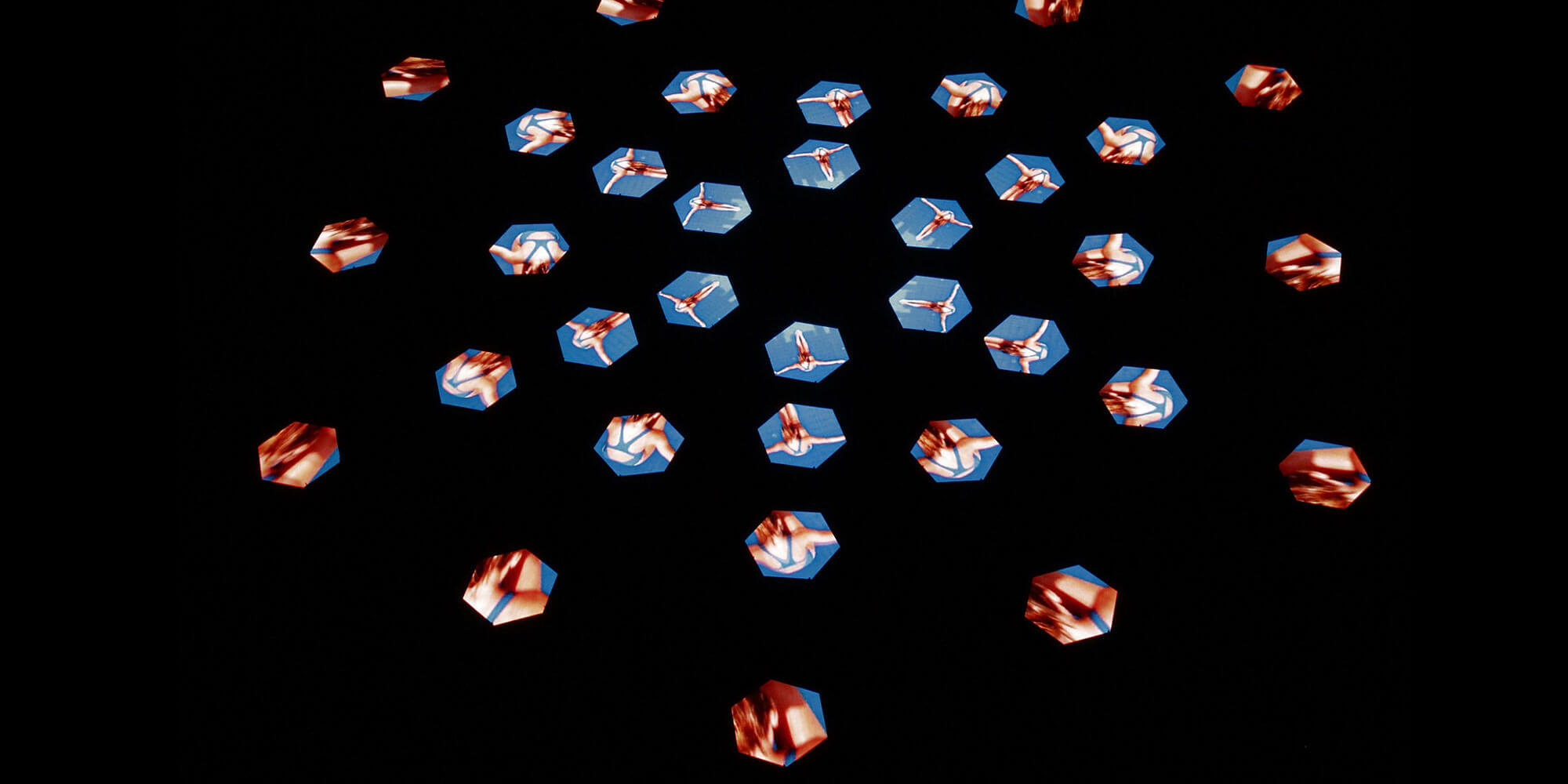 Fluxels is a play on words inspired by an association of Spaxels, “Fluxus” and the aesthetic quality of swift, fluid movement. It is the name for a ground robot platform developed in the Ars Electronica Futurelab, conceived for swarm bot performances as part of a collaboration with NTT. The Fluxels are a topological shift from the Spaxels: Two dimensions instead of three, space-filling hexagonal display mosaics instead of dots. The Spaxels invited the viewer to connect the dots in his visual memory. The Fluxels, on the other hand, can be as abstract or concrete as required – with a tremendous increase in resolution and flattening of the image’s content onto a single physical plane. In this plane, the swarm silently and smoothly rearranges its spatial configuration during the performance. The images on the hexagonal displays are multi-layered and “mapped” locally or globally, allowing pixel-precise bot-centred animations as well as making it possible for the bot swarm to be a morphing “window” to a large video or live-stream.

The Fluxel is a substantial ground bot with 45kg altogether: It consists of a base unit, and a top unit with a display. The base unit is a differential-steering two-wheel drive with three small supporting wheels. It is constructed to drive up to 30 kph on smooth or moderately rough surfaces (indoor floors, asphalt, smooth soil). It also features a LIDAR system with 270 degrees field of view. Its central axis features a flange mount for a top unit; this axis/pillar can rotate 360 degrees in either direction, allowing the top unit to be aligned independently from the base (within the angular range), in order to maximize flexibility for the visual composition of the displays. 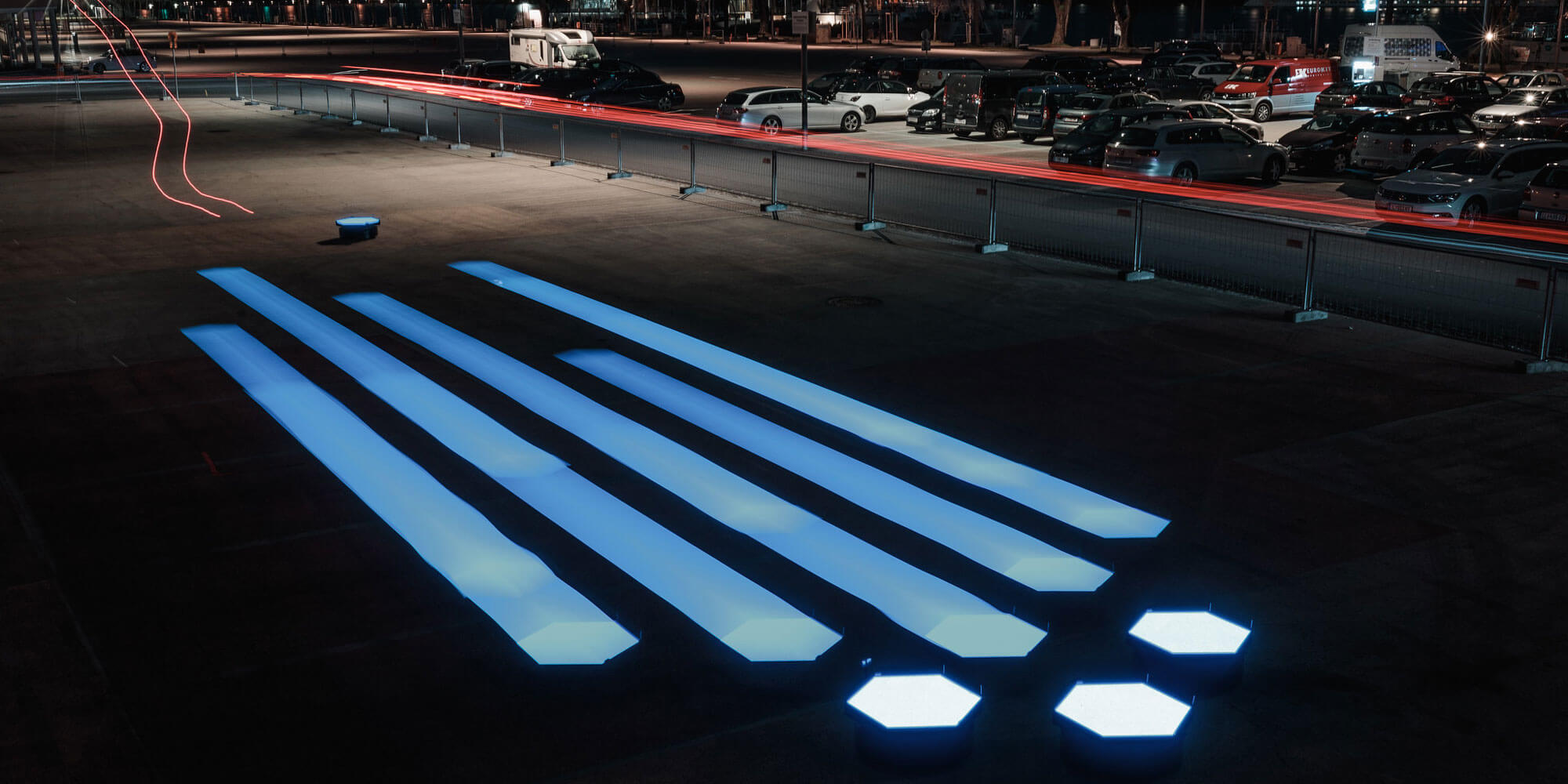 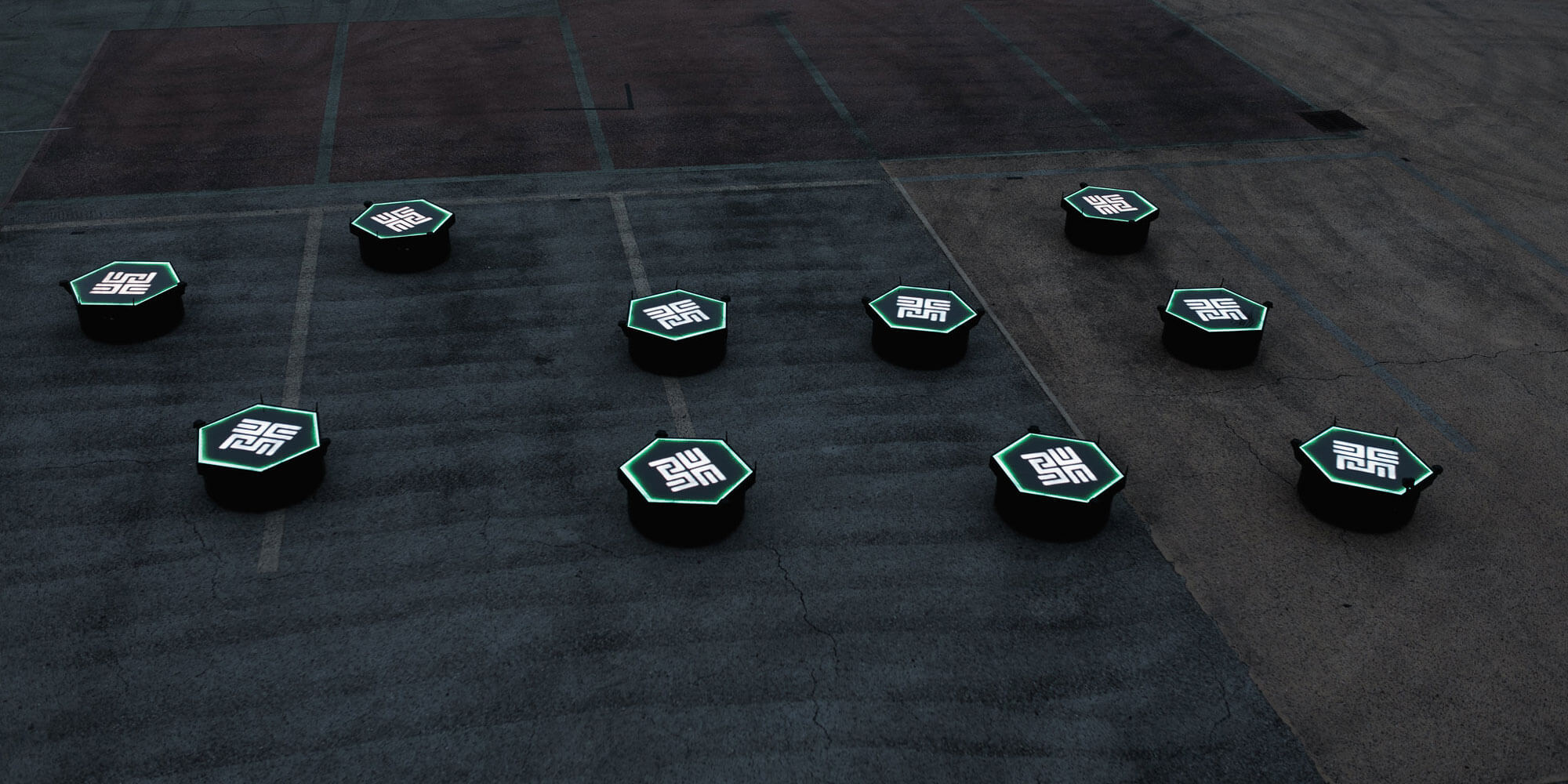 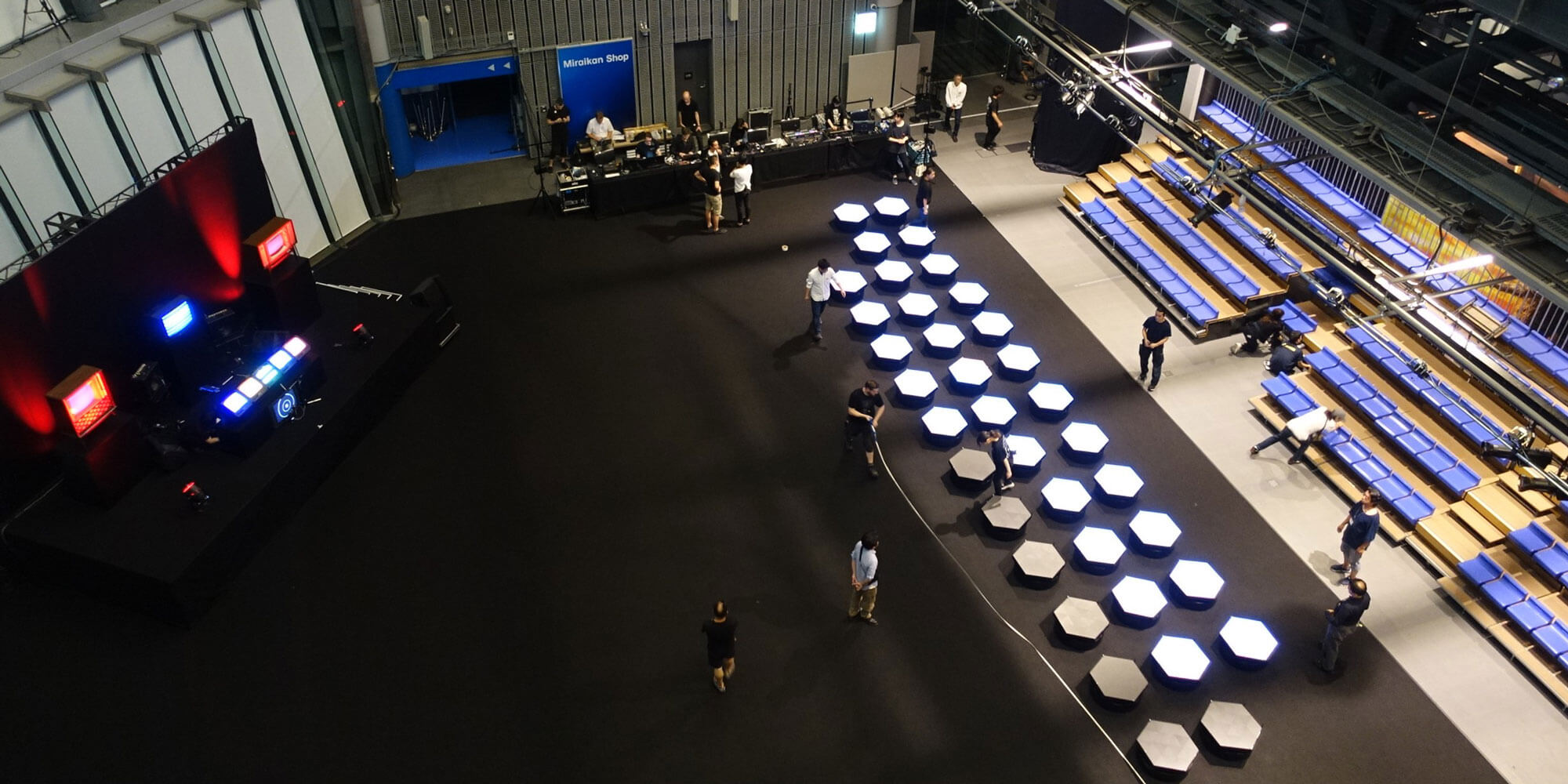 The top unit is a metal case covered by a hexagonal LED display with a resolution of 128 pixels corner to corner. All content displayed on it is rendered by a swarm video player called hive; this runs on the same embedded computer inside the top unit as the bot’s central logic process bolt-hl. The latter interfaces with the drive unit’s software and both hive and bolt-hl communicate with SwarmOS via the implant. Depending on the performance environment, the top unit may also be equipped with RTK-GNSS (satellite navigation) components and a rain-proof clear acrylics cover, or reflective markers for optical tracking.

The Fluxels are a more specific and more specialized medium than the Spaxels, and their contrast to them is stark: They are quiet, heavy, move in densely packed formations and endure for hours on a battery charge; they show fully-resolved videos and are best watched from above. Yet, they also bring deep creative potential to a choreographed robot swarm and are the first of their kind, hinting at the multitude of future forms of expressive artificial collectives.

By starting the content, you agree that data will be transmitted to youtu.be.Data Protection Declaration
Learn more about The Art of Swarms

In- and outdoor-shows from Linz to Tokyo

As the NTT-Futurelab collaboration progressed from Sky Compass and Swarm Compass to Swarm Arena and we had learnt from the first small hex-display-bot swarm that had been using a completely different drive system, a fleet of 50 such Fluxels was constructed based on the experience with this new medium and on a variety of new requirements for the planned performances. Their first public performance was at the “Live Viewing Re-Imagined” event at Miraikan, Tokyo, in 2019, followed by a smaller showcase at the Ars Electronica Festival 2019. Soon after that, the fleet size was expanded to 100 and outdoor navigation capabilities were added, leading up to rigorous testing of the novel outdoor ground swarm system and finally to two performances named Stream of Hope at the torch relay events in April and June, 2021.

Curious about swarm art? Get to know Spaxels! 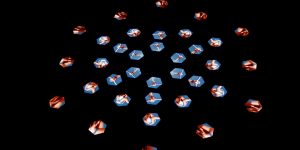 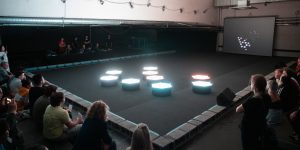 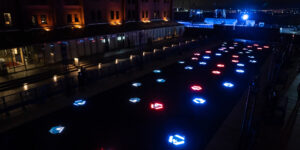