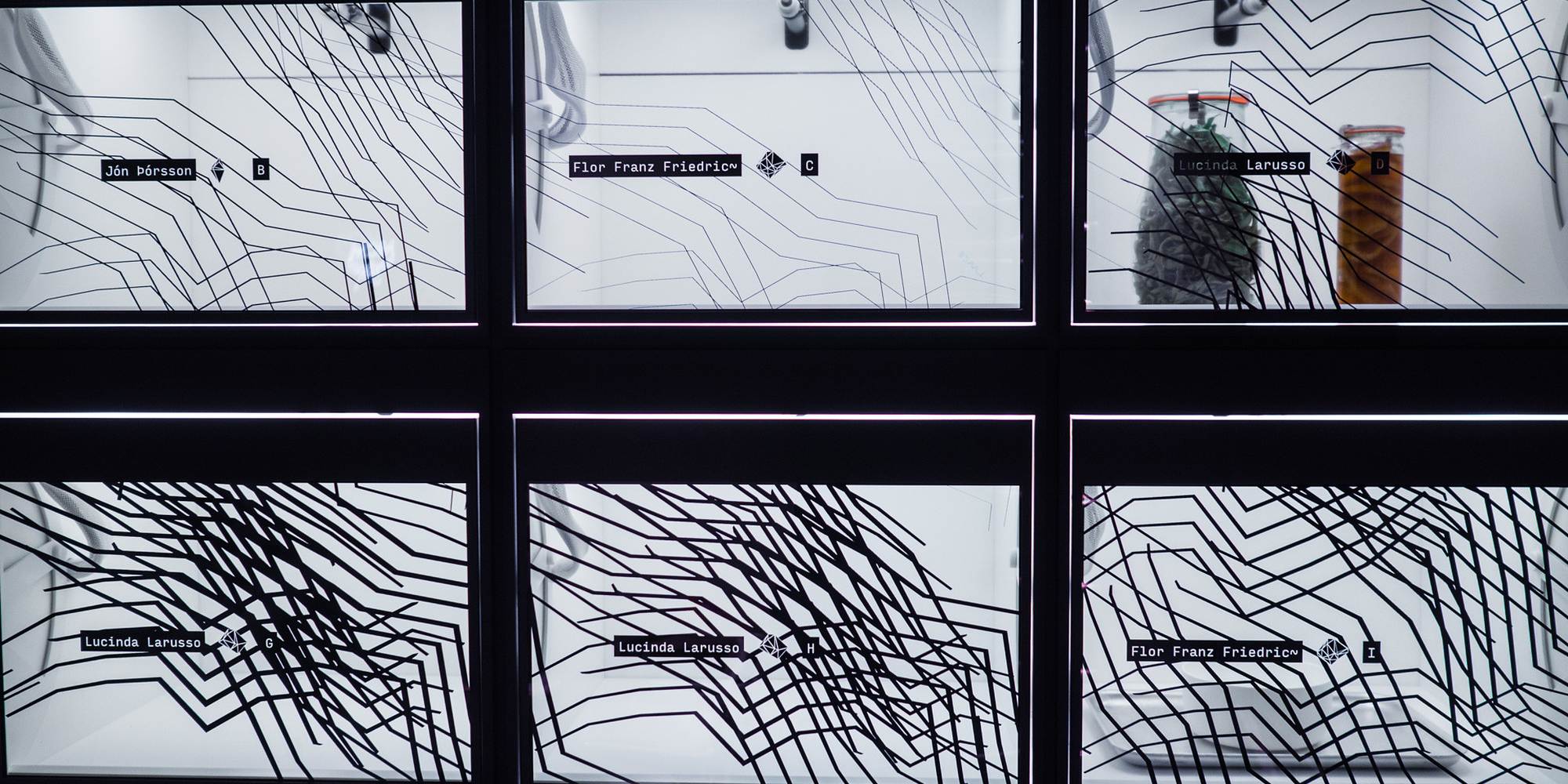 Credit: Peter Holzkorn
The Ars Electronica Futurelab assisted SAP in designing a meeting place for innovative start-ups based on the model of the Hana Café in Palo Alto. The so-called Data Space, which would take shape at Rosenthalerstraße 38 in the center of Berlin, features two storeys of which the first floor is composed of an event space (Data Hall), the canteen (Data Kitchen) and a compartment for creative brainstorming (Data Room). 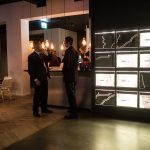 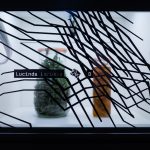 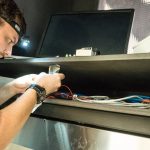 Data Space SAP Berlin Testing before Opening
Credit: Peter Holzkorn
ZurückWeiter
The aim was to create an appealing space for networking, mostly, but not exclusively, for young entrepreneurs who could locate themselves in the upper floor (data Hub), where a limited amount of offices are designed for start-ups. The Ars Electronica Futurelab had its share in two innovative concepts, the Data Room with its data furniture and the foodwall to accomplish a future-orientated catering-concept with a brand new way of food-serving.

Based on the idea of famous Berlin-based gastronomy expert Cookie Heinz Gindullis and creative producer Tina Steffan, the Ars Electronica Futurelab implemented the Foodwall, which sets the standard for food distribution systems. Via an App developed by Cosmocode people can order lunch or breakfast at any desired daytime. The methods of payment include Paypal and credit card. The novelty factor is the wall itself, being filled by the kitchen staff on one side of the wall whereas on the other the visitors can redeem their meal by confirmation e-mail.

The mechanism which pushes the flap is pneumatically driven. It was a certain challenge to pick a sensor that provided a low-level cleansing of the boxes. The solution was a capacitative sensor which can trace the pattern change of a defined area whenever food will be placed onto it. The nickname of the client will be generated by a stream of data that forms an abstract pattern made of lines. The programmation and the design which fits the café’s interior perfectly well was also provided by As Electronica Futurelab.