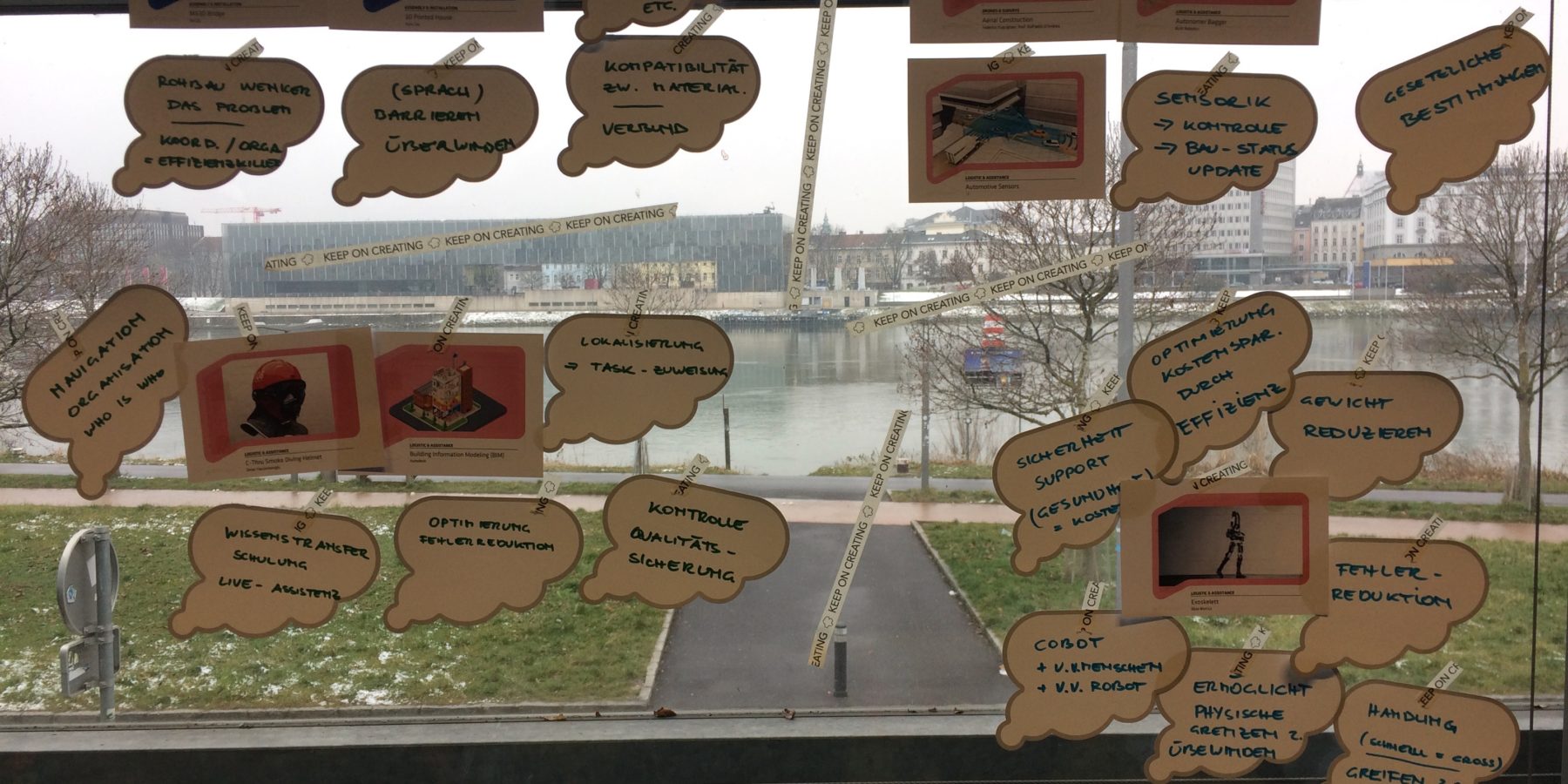 Technology, digitization and industry are changing the world around us. Developers, planners and executors in architecture, construction, engineering and manufacturing — they all contribute to these changes and turn visions into reality. But the possibilities offered by digital and new technologies also raise questions: How should companies position themselves? How do we want to work in the future? Digital innovations in construction require a critical view, an examination of possible effects, conscious decisions and informed assessments.

In cooperation with the Upper Austrian Chamber of Commerce, the Ars Electronica Futurelab has analyzed impending shifts, designed future scenarios and identified key topics. Within the framework of an Innovation Lab, an interdisciplinary team and experts from the construction industry worked together for one day, raising questions about the future of the industry and analyzing current developments. The Innovation Lab format, originally developed for large corporations, was adapted for working with a variety of companies. On the one hand, this format is intended to initiate concrete research and development projects. On the other hand, the Ars Electronica Futurelab also sees itself as a place for the empowerment of small and medium-sized companies, taking on the task of enabling them to exercise their right to participate in drafting the future. 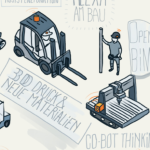 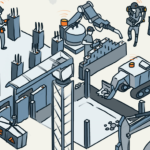 Projects from the architecture, art and start-up scene, whose conceptual structures exhibit trend-setting potential, were introduced as a source of inspiration and as discussion material. These so-called seeds formed the basis for the joint creation of sketches, which were played through and further developed by the Ars Electronica Futurelab. Helmets as wearables that provide access to work-relevant information or increase occupational safety by scanning the environment. Exoskeletons supporting the body of workers. VR Decision Support Tools, which can solve problems of communication between the trades and their own technical languages or between international participants.

Through mutual discussion and based on the examples presented, participants of the Innovation Lab were able to develop a starting point for actively shaping the future of their own industry and a view for the consequences associated with the changes brought about by technologies. How do we want to live? How do we want to work? How will the structures of architecture and infrastructure develop, and how will we help to determine these developments? The questions arising from technological upheavals in the construction industry are central and far-reaching questions of our future.

Read more in the Interview with Maria Pfeifer, Key Researcher of the Ars Electronica Futurelab: 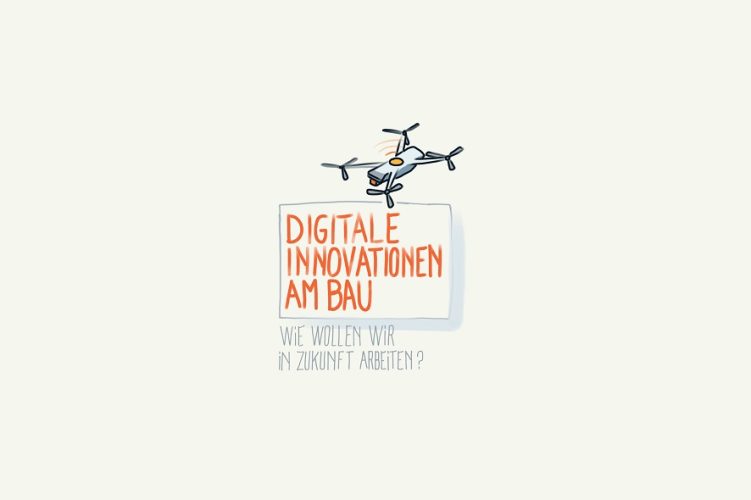 In cooperation with the Upper Austrian Economic Chamber, the Ars Electronica Futurelab organized an intensive Innovation Lab for firms in the construction industry. In this interview, Maria Pfeifer of the Ars Electronica Futurelab told us about how this seminar went and some of the leading-edge technology that will be changing how building will be done in the future.