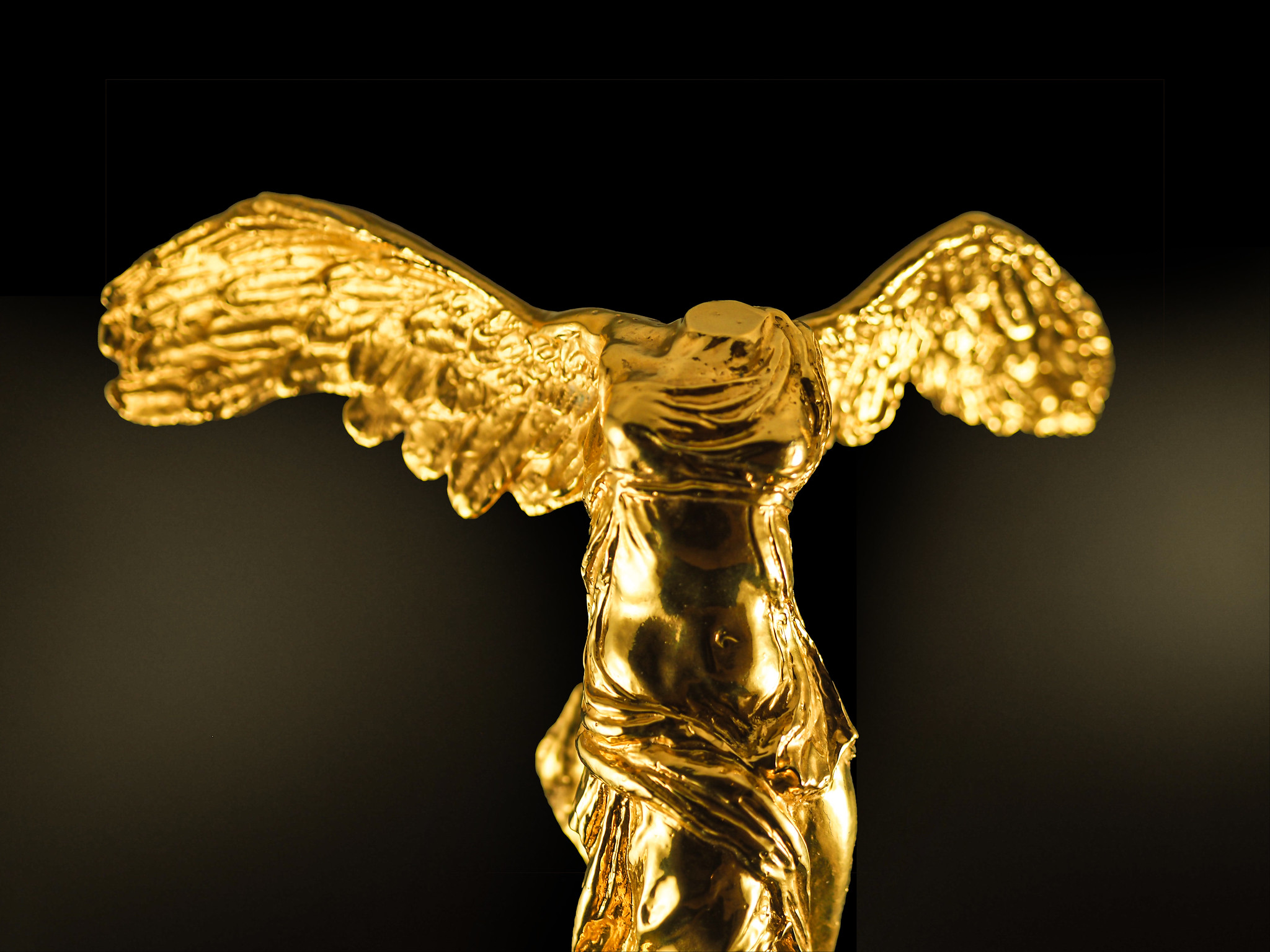 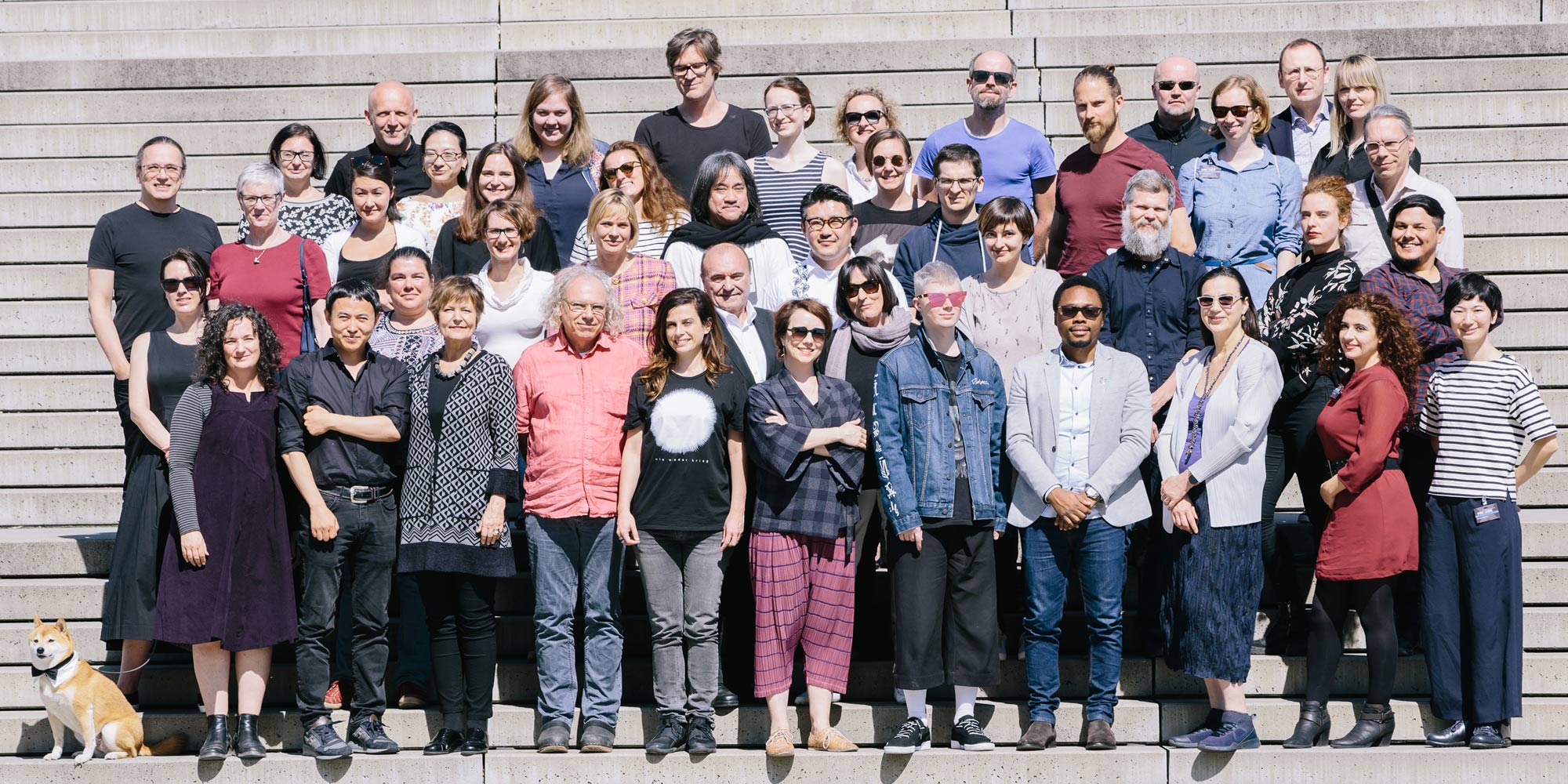 Gaëlle Denis came to London’s for an animation MA at Royal College of Art. She directed “Fish Never Sleep”, which won a BAFTA and Cannes Cinéfondation selection. Later “City Paradise” collected more than 50 awards including the prestigious Annecy Special Jury award and a BAFTA nomination. Her first live action short was “After the rain” for Film 4 and the UK Film Council and her latest BFI funded short “Crocodile” premiered at Cannes’ Critics Week where it won the Prix Canal+ for best short.

Russian artist Pokras Lampas was born in 1991, and today is one of the most distinguished modern calligraphy representatives. He started creating graffiti in 2008 and soon after was inspired by the Calligraffiti movement; hence he turned his focus to street calligraphy. Later, he was invited to become an official Calligraffiti ambassador while he also was working on and representing the self-developed Calligrafuturism style. He is also participating in collaborations with famous brands such as Lamborghini, YSL, Nike, and many others. In 2015, Pokras performed the first world’s largest calligraffiti on the rooftop of the Red October in Moscow. In 2017 he created the biggest calligraphy in Italy on the rooftop of the Palazzo della Civiltà Italiana in Rome invited by FENDI.

Casey Reas is an artist and educator who lives in Los Angeles. His software, prints, and installations have been featured in numerous solo and group exhibitions at museums and galleries in the United States, Europe, and Asia. His work ranges from small works on paper to building-scale installations and he balances solo work in the studio with collaborations with architects and musicians. Reas’ work is in a range of private and public collections at institutions including the Centre Georges Pompidou and the San Francisco Museum of Modern Art. Reas is a professor at the University of California, Los Angeles. He holds a masters degree from the Massachusetts Institute of Technology in Media Arts and Sciences and a bachelor’s degree from the College of Design, Architecture, Art, and Planning at the University of Cincinnati. With Ben Fry, Reas initiated Processing in 2001; Processing is an open-source programming language and environment for the visual arts.

Verhaest is a filmmaker investigating the possibilities of interactivity and responsivity within cinematic arts. The basis of each film is a highly narrative script, existing or newly written, around which she creates a cinematic installation consisting of objects, videos and interactive videos. In September of 2013, her debut solo Temps Mort/Idle Times opened at Grimm Gallery, Amsterdam. Her work has been selected by several arts and new media festivals and competitions; i.e. the FILE electronic language festival in Sao Paolo, the New Technology Art Award in Gent, TAZ Oostende and Arts Festival Watou, and her work is featured in the Akzo Nobel Collection. She won the New Face Award at the Japan Media arts Festival and the Golden Nica at the Prix Ars Electronica 2015.

Jonathan Yomayuza is a VR Technical Director, and while at Emblematic, he has helped deliver multiple VR projects for the Vive, two of which have been screened at Sundance and another that was presented to the United States Congress. With ten years of experience in the video game industry, he has mastered programs like Unity, Unreal, Z-brush which have allowed him to continually push the boundaries of VR within Emblematic Group. Jonathan is also an expert and pioneer in photogrammetry – a revolutionary technique that is paving the way for the VR of the future, and he is the lead designer of this department at Emblematic.

Maša Jazbec is an artist, curator and academic researcher. She holds a Ph.D. in human informatics, attained at the Univ. of Tsukuba (Virtual Reality Lab) and MA in interactive art, achieved at Interface Culture at the Univ. of Arts and Design Linz. She was a visiting researcher at Ishiguro Laboratory at ATR. She is engaged to the vision and execution of the Trbovlje New Media Setting project in Slovenia, and organizes events integrating science, art and technology at the new media culture festival Speculum Artium.

Karin Ohlenschläger is the artistic director of LABoral Centro de Arte y Creación Industrial in Gijón, Spain, art historian, researcher and curator who has been specializing in media art, science and contemporary culture since 1985. She has been President of the Banquet Foundation of Art, Science, Technology and Society (1998-2006) and of the Institute of Contemporary Art (2011-2012) She co-founded and co-directed MediaLab Madrid (2002/2006) and has directed various international initiatives, including the Cibervisión International Festival of Art, Science and Technology at Centro Cultural Conde Duque, CCCD (2002) and at Rey Juan Carlos University in Madrid (1999); the International Festival of Infoarchitecture at the Ministry of Public Works in Madrid (1997); the In Art International Cybernetic Art Festival in Tenerife (1996); and the International Video Forum at Museo Español de Arte Contemporáneo, MEAC, in Madrid (1986/1988). Previously, she coordinated Espacio P (1985-1990), the first independent performance, music and media art space, founded in Madrid by Pedro Garhel (1981-1997).

Victoria Vesna, Ph.D., is an Artist and Professor at the UCLA Department of Design | Media Arts and Director of the Art|Sci center at the School of the Arts and California Nanosystems Institute (CNSI). With her installations she investigates how communication technologies affect collective behavior and perceptions of identity shift in relation to scientific innovation (PhD, University of Wales, 2000). Her work involves long-term collaborations with composers, nano-scientists, neuroscientists, evolutionary biologists and she brings this experience to students. She is the North American editor of AI & Society and in 2007 published an edited volume – Database Aesthetics: Art in the Age of Information Overflow and another in 2011 – Context Providers: Conditions of Meaning in Media Arts.

Named by Time Magazine in its list of 10 Next Generation Leaders 2017, Oscar is the Founder of Chowberry app, a technology driven social enterprise that improves food accessibility to disadvantaged households. Prior to founding Chowberry Inc, Oscar was a technology analyst and defense contractor Nigerian Military establishments. An Alumnus of the EDC/Lagos Business School, he earned a degree in Computing from Nigeria’s University of Calabar and was part of the inaugural Stanford Technology Ventures Program (STVP).

Sarah works as a radio host and journalist for over 18 years already. During this time, she helped to create and establish a radio station in Gran Canaria, worked as a showrunner for “Ö3 Wecker” while hosting her own radio shows at “Hitardio Ö3” and served as Head of Corporate Communications at the daily newspaper “Die Presse”. She also provides voice/vocal training and presentation training. In 2010 she decided to mainly focus on many divergent topics in the widespread sphere of information technology. Since then she covers the impact of subcultures (such as Anonymous) as well as technical achievements like m2m or IoT and their meaning for modern society for Radio Ö1. As every new buzzword like “cyber” or “smart” doesn’t just bring chances but also risks, her stories often have a strong emphasis on (information-)security. Her weekly radio portrait “Vielfalt in Wien” at “Radio Wien” was awarded the “Prälat Leopold Ungar”-Anerkennungspreis.

Leila Nachawati Rego is a Spanish¬-Syrian writer and rights advocate. She is a communications officer at the Association for Progressive Communications and a professor of communications at Madrid’s Carlos III University. She has an internationally renowned profile and writes for several media such as Global Voices, Al Jazeera English, El Mundo and Eldiario.es. She is the co¬founder of news portal on Syrian civil society SyriaUntold and recently published her first novel, “When the revolution is over”.

Dietmar Offenhuber is Assistant Professor at Northeastern University in the fields of Art + Design and Public Policy. He holds a PhD in Urban Planning from MIT, Master degrees from the MIT Media Lab and TU Vienna. His research focuses on the relationship between design, technology, and governance. Dietmar is the author of the award-winning monograph “Waste is Information” (MIT Press), works as an advisor to the United Nations and published books on the subjects of Urban Data, Accountability Technologies and Urban Informatics.

Kazuko Tanaka joined Hakuhodo in 1998 and started her career in account services, further expanding into new business development with leading foreign marketing firms—and at the same time having 3 children. On belief that working mothers, still a minority in Japan, need a place to share information and ideas, she started the “Hakuhodo Working Moms’ Link” in 2012, networking across over 50 companies/ 500 working mothers through “Lunchcation – lunchtime communication” actions. Kazuko joined VoiceVision Inc. in July 2013 as one of its founding members, serving as community producer and facilitates community projects for companies and local governments. Also, Kazuko has been on the joint team project between Hakuhodo and Ars Electronica – Ars Electronica Tokyo Initiative – and has operated four seasons of Future Innovators Summit at the Ars Electronica Festival.

Sirikit Amann has been a juror since the very inception of the u19 – CREATE YOUR WORLD category for youngsters under 19 years of age in Austria. She is currently director of cultural education at KulturKontakt Austria, a non-profit organization that promotes education and culture in Austria as well as Eastern & Southeastern Europe. She had previously served as an expert advisor in artistic affair at the Austrian Federal Ministry of Education, Art and Culture and in the Office of the Federal Chancellery Minister.

Manuela Grundner is a colorful personality who stands way out from the crowd. She studied art history in Graz via the second-chance educational path. Then, with degree in hand, she rerouted once again and founded murbit, an interdisciplinary enterprise that focuses on software programming and organizational development. Manuela Grundner is the CEO. She maintains her connection to art via Film ab…! [Run the film], a creative project for apprentices that incorporates methods from film analysis and coaching as a means of enabling participants to work on their own personality. A second area of emphasis is on using artistic approaches to make company values visible. This project, a co-production with multimedia artist Gudrun Jöller, was nominated for the State Prize in Consulting and honored with a First Place by the Constantinus Award in 2016.

Harald Koberg heads the digital games division of the Ludovico club in Graz. There he organizes workshops and trainings for all age groups, but also the annual button Festival of Gaming Culture in Graz. He began to deal theoretically with digital games during his studies as an expert of the BuPP (government office for rating computer and console games). As a cultural anthropologist he is conducting research on various forms of perception of digital gaming and its social significance in the course of his doctoral thesis at the University of Graz.

Elisabeth Rosemann has spent more than 10 years developing software; her field of concentration is processing of unstructured data. She studied software engineering at the Upper Austria University of Applied Sciences’ Hagenberg Campus as well as statistics. She’s also a volunteer mentor at Linz’s CoderDojo , an association designed to support youngsters’ efforts to get started in the world of programming.