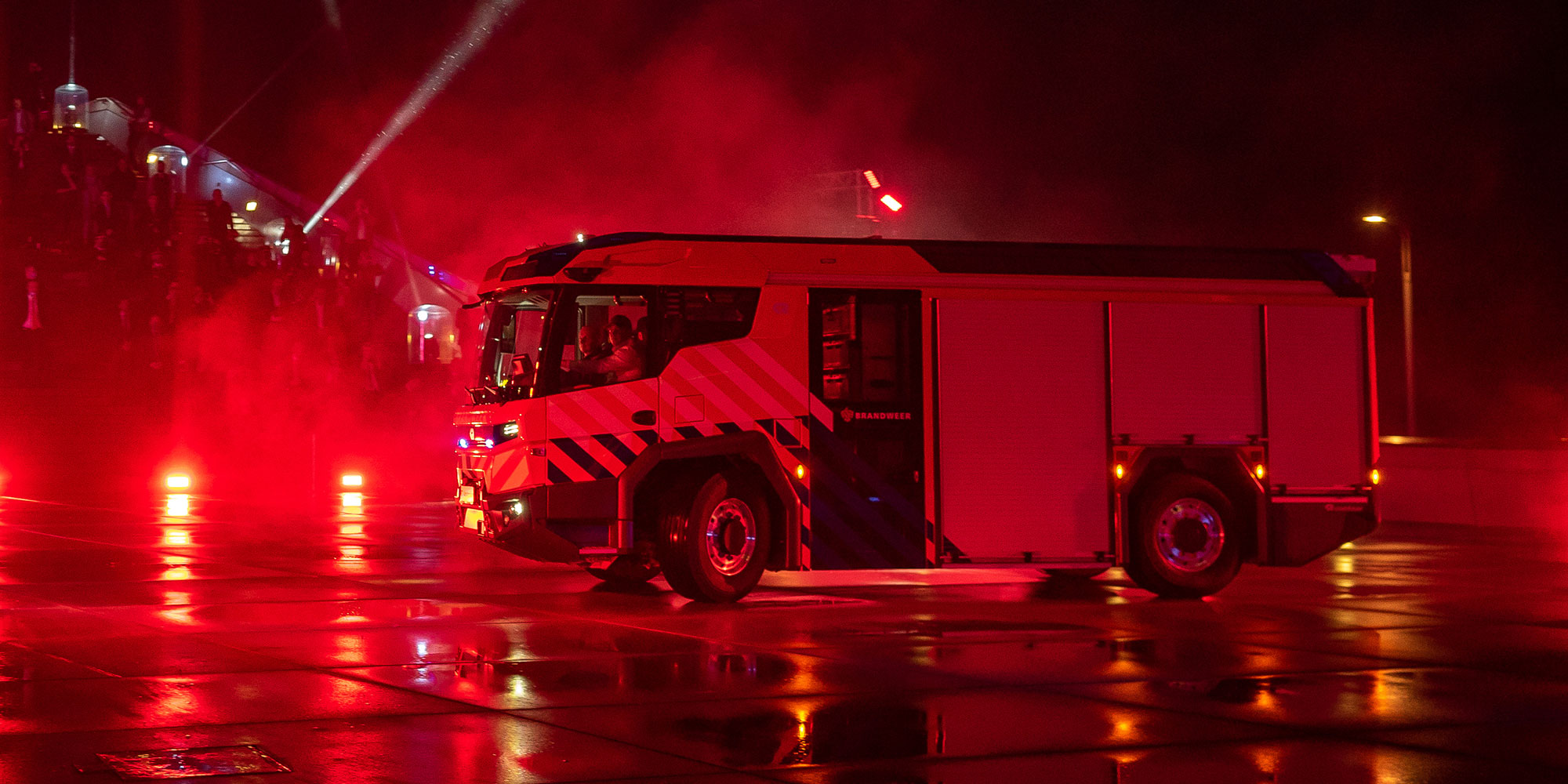 Clouds of fog, blue light, spotlights streaking through the evening sky and a pulsating LED façade: On Wednesday evening, September 23, 2020, there was a lot going on in front of and inside the Ars Electronica Center. The reason for this was the launch event of the Rosenbauer RT fire engine, which was impressively staged by Ars Electronica Solutions.

The RT-Revolutionary Technology , the most revolutionary and progressive vehicle in the fire fighting industry to date, has outgrown the concept stage and was handed over to the first three customers during the event: Dubai, Berlin and Amsterdam. 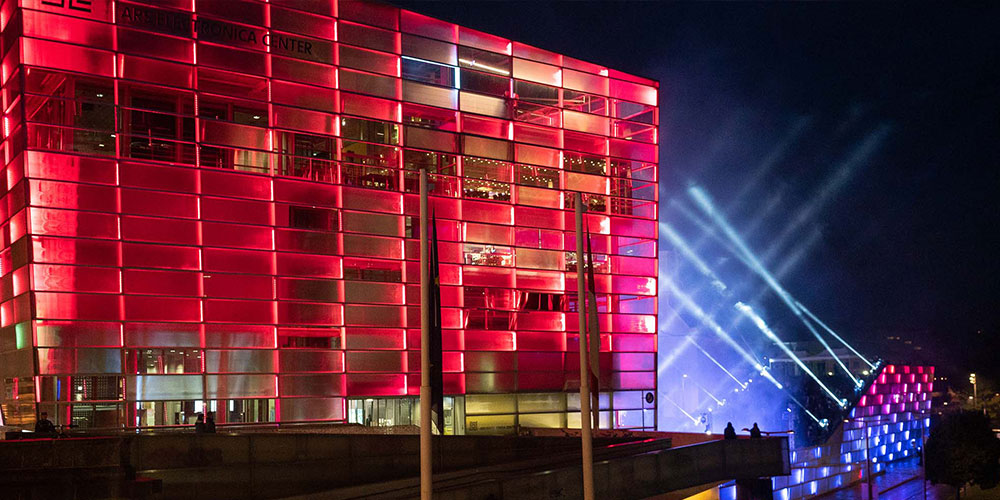 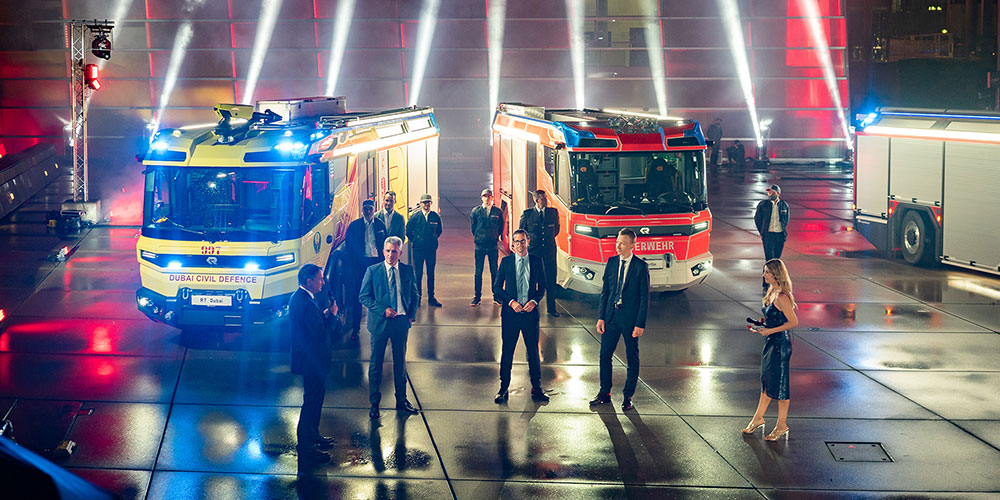 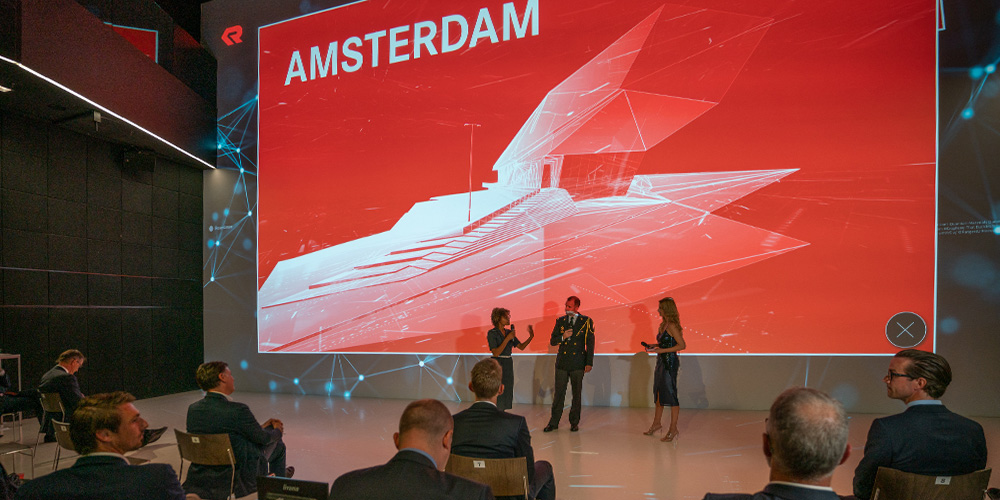 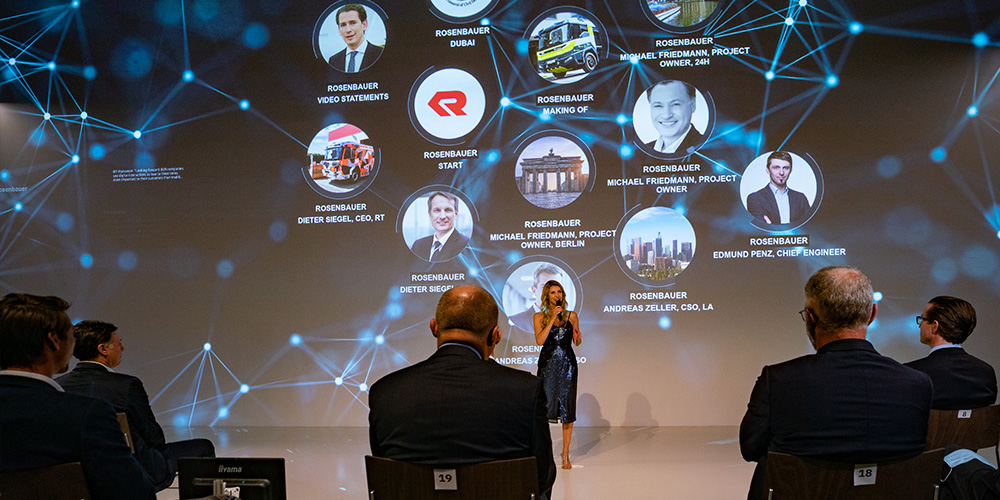 The day the RTs were handed over was also the world premiere of the new hybrid fire engines. This was not a classic “unveiling show” but the experience of the RTs on the move through their future “natural” environment, the urban space. The evening’s program, consisting of interactive presentations in the Deep Space 8K, live camera feeds from the motorcycle and from the RT cockpits, footage of two camera drones, light show and RT choreography on the Ars Electronica Center’s Main Deck, was shown as a live stream on YouTube and Facebook.

Important for this was the live transmission of the RT’s journey to the Ars Electronica Center with the help of a motorcycle camera. During the drive to Linz, the cockpits of the various vehicles were repeatedly switched to the customer representatives in order to capture the atmosphere during the drive with snapshots and to sympathize. 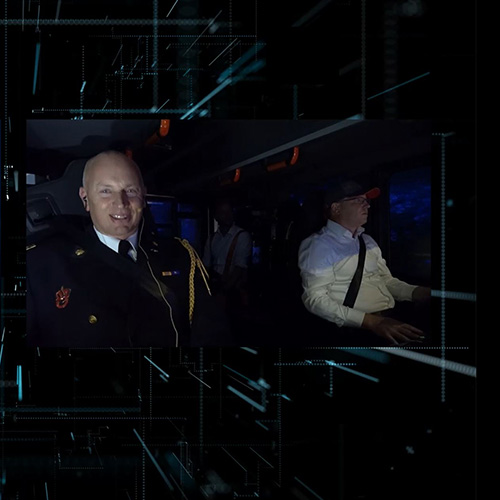 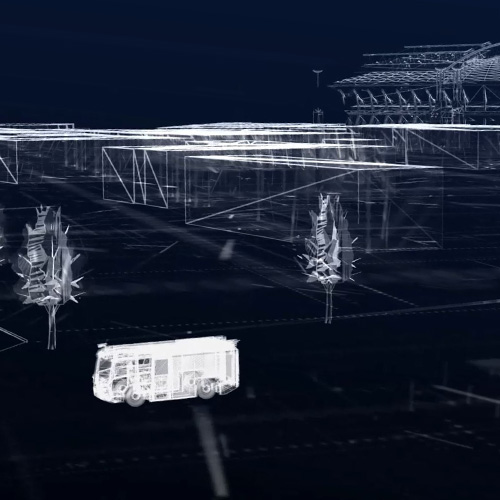 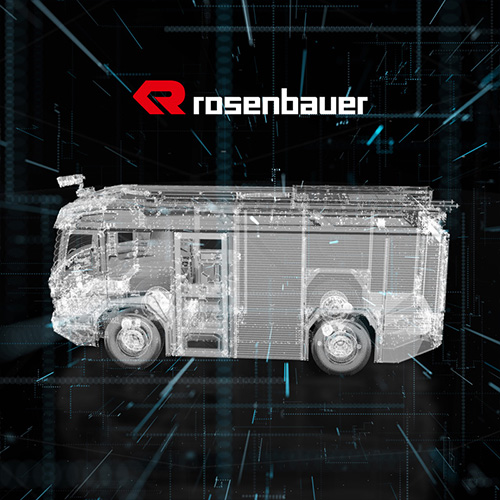 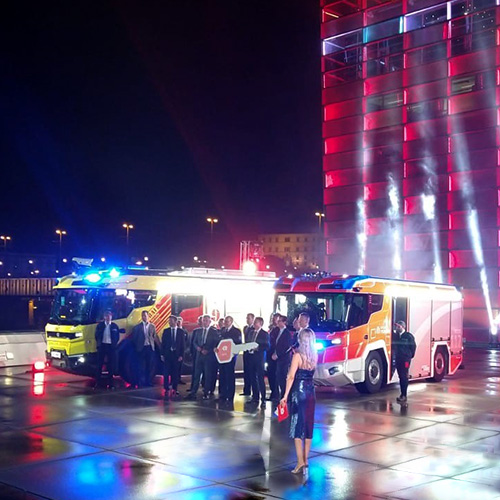 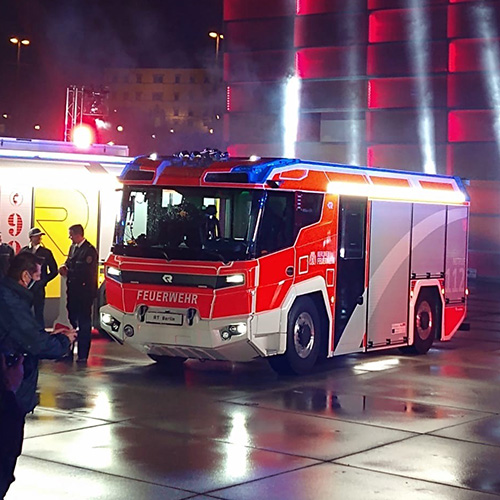 In addition, the unique innovative character of the Rosenbauer company was repeatedly brought into focus during the event through a variety of aesthetic teaser animations and vehicle visualizations. Special attention was paid to a stringent design language developed especially for Rosenbauer.

The highlight of the show was definitely the arrival of the three RTs at the Ars Electronica Main Deck. The vehicles were tracked by a camera drone as they crossed the bridge to Ars Electronica; these breathtaking shots, as well as the entire livestream, were shown on a large LED wall on the Main Deck.

The event peaked with the entrance of the RTs, which became the absolute highlight of the evening thanks to an attention-grabbing light show, the resulting color-coordinated “dance” of the Ars Electronica façade and an exciting, innovative Rosenbauer vehicle choreography.