A Residency at the European Southern Observatory 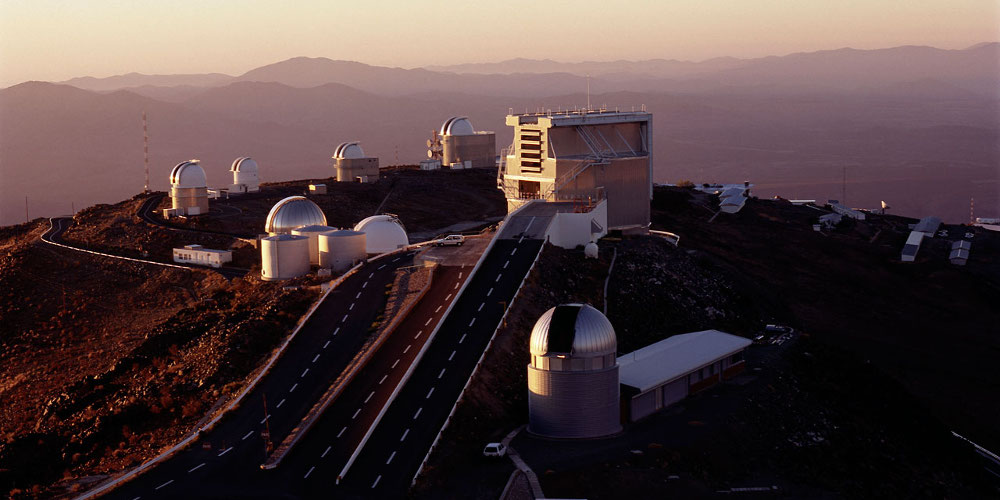 As we previously reported, submissions in response to the European Digital Art and Science Network’s international call for applications have been arriving since December 22nd from those eager to be an artist-in-residence at the European Southern Observatory (ESO) in Chile. The projects they develop during the residency will be exhibited at the Ars Electronica Festival and at seven other European artistic and cultural institutions. The European Digital Art and Science Network aims to link up scientific aspects and ideas with approaches used in digital art. Fostering interdisciplinary work and intercultural exchange as well as gaining access to new target audiences are among its declared goals.

We recently had an opportunity to chat with Fernando Comerón, the ESO’s representative in Chile. He gave us an account of the ground-breaking ceremony for the new European Extremely Large Telescope and its significance for humankind, and also talked about what artists can expect during their residency at the ESO. 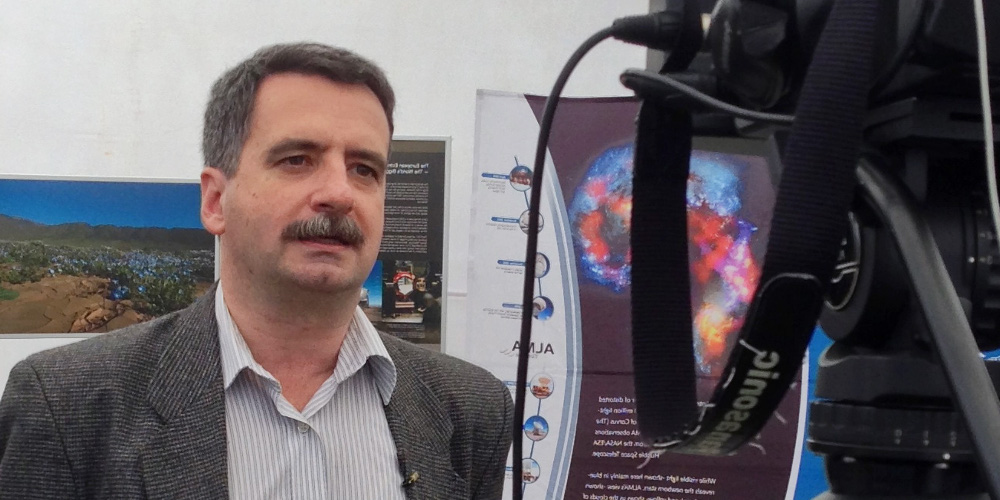 First of all a very personal question: Why does astronomy fascinate you? Where does this passion come from?

Fernando Comerón: Well, I think we all have different passions and themes which fascinate us. Normally when you talk about fascination, it’s something which comes from an early age and it happens in unexpected ways. Sometimes you see something that makes an impact on you or it is something that specially focuses your mind or your senses, and from there your passion is born.

When I was a child it was the time of the trips to the moon. That had a very powerful effect on my generation, I think. I remember this as a very early feeling, that I perceived that as something really great and something of which I would like to be a part one day. So, since I couldn’t go there at least I could watch it through telescopes, and that was how I came to astronomy. 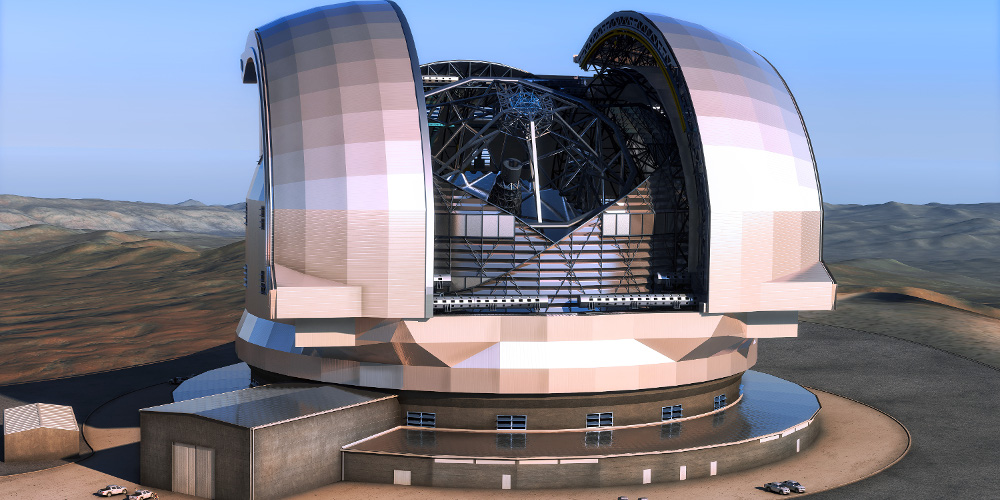 During the summer the construction of the European Extremely Large Telescope (E-ELT) began. Which possibilities do you have with this giant telescope?

Fernando Comerón: You know, to justify the construction of such a telescope, the astronomers had to make a very compelling case for the things we could do with a telescope like that. When you do that, you take the science that we are doing at the moment and what astronomers are doing with current techniques. If I had a bigger telescope – a much bigger telescope – what could I do which I cannot do with the current installation that I have within my reach. And from this, several interesting cases have been put together about the study of the very early universe, about direct images of planets and the solar system, etc. Perhaps we will be lucky and can detect biomarkers – signs in the spectrum of the atmosphere that indicate that there is life there. So a telescope like the E-ELT is something that covers practically all the fields of astrophysics. It’s something that can do things that all previous telescopes and techniques have been incapable of. It’s significantly ahead of anything that has existed so far, and is opening doors to the unknown. Thus, perhaps the most exciting things are those that we couldn’t foresee at the time the telescope was designed.

This is the most exciting thing: you have a powerful new tool, which will bring you to places you hadn’t expected.

What does this mean for us humans?

Fernando Comerón: I think that astronomy has a huge power of inspiration. Astronomical discovery does not change our conditions of life, nor makes our everyday lives more comfortable or easier or gives us new tools, but it has the power of inspiring people. That’s very important and that’s why so many millions of people in the world are interested in astronomy in one way or another. Imagine that one day will enable us to find evidence of life outside the solar system. That will have important implications: that we are not alone in the universe, that there is a form of life of which we would like to know more, that life starts in environments like other planets and that perhaps is open to the evolution to advance more forms of life or even to intelligent things. 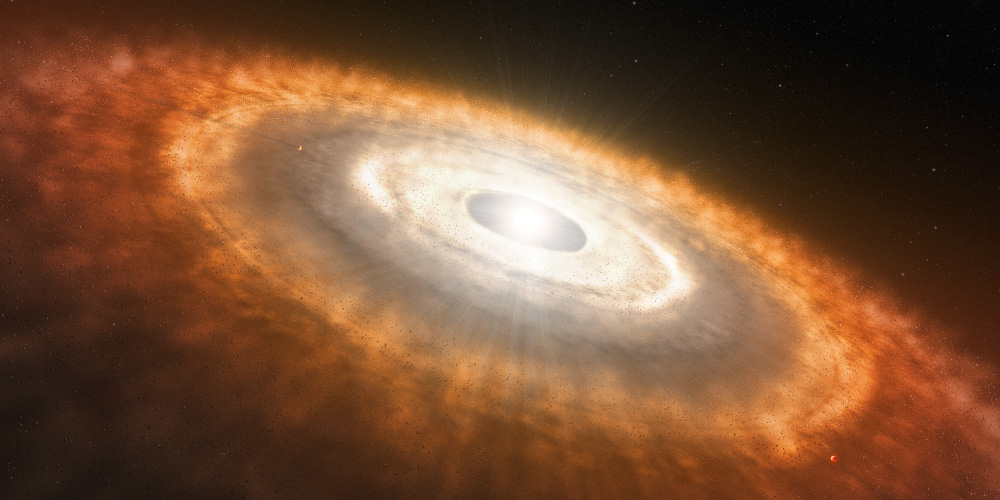 Astronomy is also a very philosophical issue by asking questions such as “Where do we come from?” or “Where are we going?” This could also be a source of inspiration for artists…Do you think that the interest in such questions is the commonality between scientists and artists?

Fernando Comerón: Well, I think when you look at astronomical objects or when you try to get the feeling or the meaning of discovery that has been made of something that we didn’t know before we now know thanks to astronomical exploration or thanks to theoretical exploration as well. The questions that come to the mind of any human is what does that mean to me, what is the meaning, how do I react to that, how does it change perhaps my perception of myself? And these are questions in which the astronomical scientists are certainly not alone. Artists are especially noted and trained and gifted to make the translation, to emboss that in a way of expressing it in other techniques which they have in their reach. They can take the discovery, they can take new knowledge and put it in a way of expression in which things are explained in a different way that perhaps goes more directly to the feelings, to the emotions of people.

How can artists and scientists inspire each other?

Fernando Comerón: I think the artists have an easier way here and I’m speaking as an outsider, because to inspire people is closer to their everyday job. They work to inspire people. For the scientists, inspiration is perhaps a byproduct of knowledge, but the main purpose is not to get something inspirational. So in that perception, I believe that the enclosed components are for scientists to dig out new facts and for artists to find a proper way to channel that and to make it understandable and even closer to the feelings of the people – to transform this knowledge into a meaning. 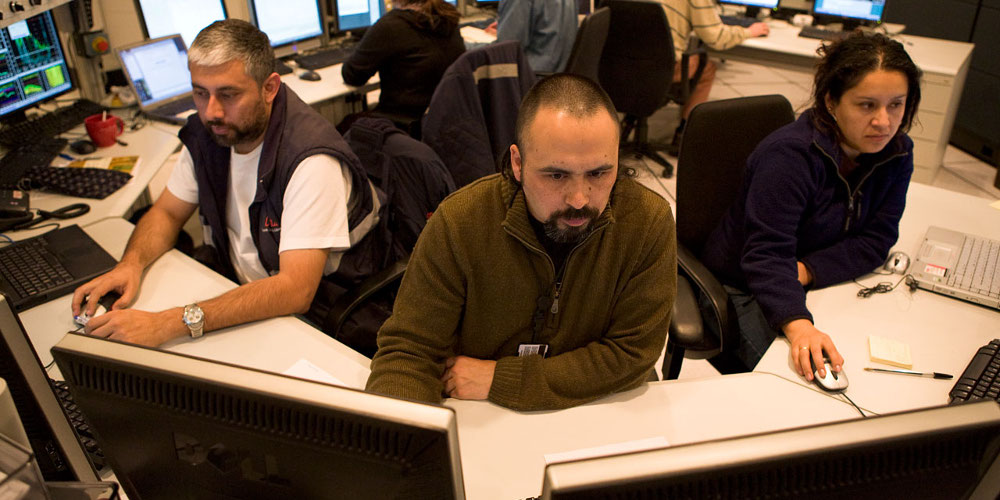 You will also be part of the jury of the Open Call of “Art and Science”. What reasons would be influential regarding the choice of the potential winners for the residency?

Fernando Comerón: I think that the right expectations are important. We are offering residencies in our headquarters combined with residencies in the observatories. What I would advise applicants to do is to inform themselves how things work here. A few misconceptions can be risky. One of them is to see the observatory as a place of discovery, a place where the astronomer does most of his or her work, where they only watch stars, where ignition of observation and knowledge takes place. The observatories are mostly a working place, but in general it is not a place of discovery. When the observatory’s astronomers are getting new data, trying to obtain new data in the best possible way or trying to materialize them, they sit in front of their desks. That’s something one has to be well aware of. So it’s more in spending the time in the office of the astronomer. It can take days, weeks or months until all these gets assumed into inspiration, into a full picture, where it makes sense.

So having the right expectations regarding what’s happening in the observatory is something that I would like to probe when I’m examining the applications, because we are all interested in that. The artists don’t want to spend their time going there and then they are disappointed because what he or she expected to find isn’t there. So going with the right expectations, the right questions to that place is something important we should value for the works. 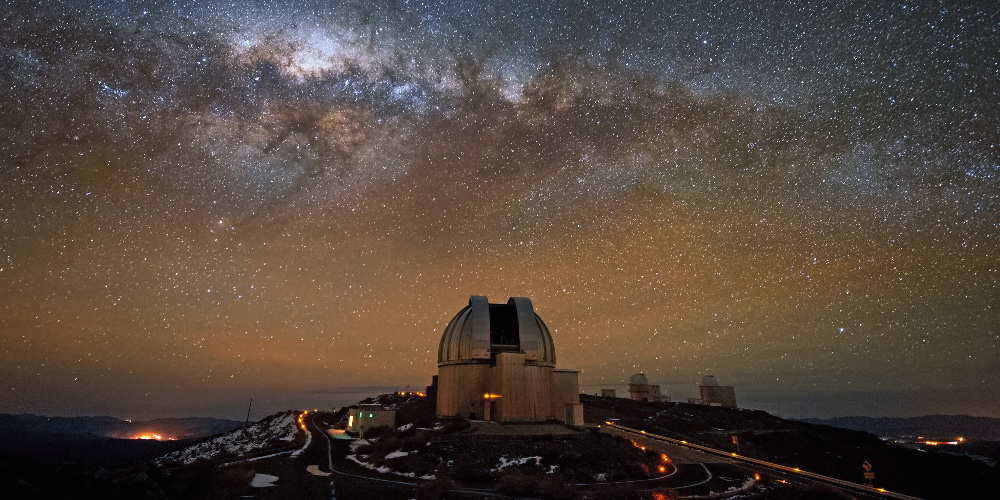 How will the working place of the artists look like during the residency?

Fernando Comerón: We intend that the artists will be put in contact with one or more astronomers, who can guide these persons through the observatory and through the headquarters to the different points of interest, including the participation in discussions and colloquiums. Especially in the case of the observatories, it is very important to feel the place. This is more than the interaction with the astronomer in the end. It’s the contemplation of the place and the feeling of the special location, where the observatory is, the capture of the big telescopes and the very dark sky with the shining Milky Way and with thousands of stars. I think this itself is very inspirational.

Submit now for the Residency at ESO: https://ars.electronica.art/artandscience/open-call/

The application deadline is February 9!

This project has been funded with support from the European Commission. This publication (communication) reflects the views only oft he author, and the Commission cannot be held responsible for any use which may be made oft he information contained therein.