The Linz Synagogue in 3-D 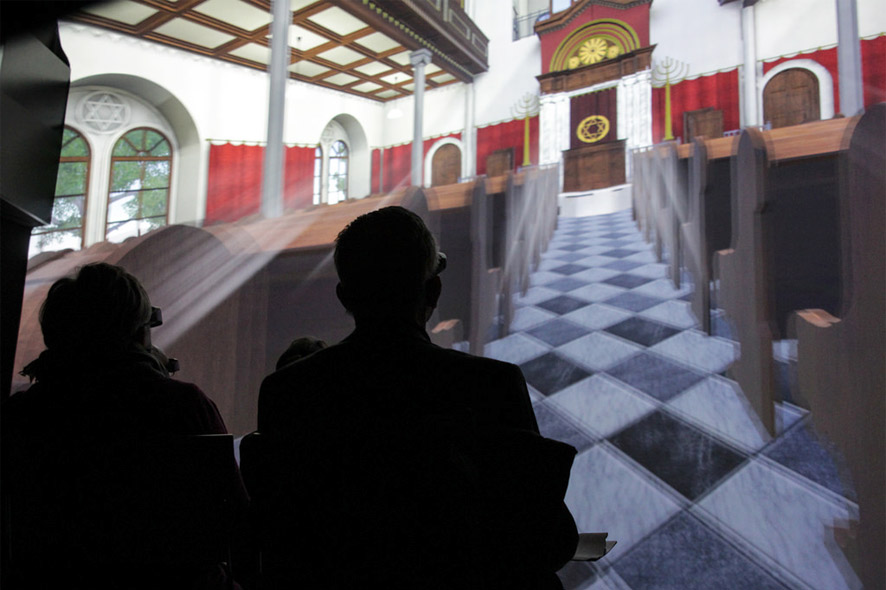 A fascinating new feature was added to the lineup at Deep Space 8K in mid-November 2016—a virtual tour through the interior of the Linz Synagogue, , the Jewish house of worship that was dedicated in 1877 and destroyed in 1938. This was made possible by architect René Mathe, whose virtual reconstruction is now being presented in cooperation with the Jewish Museum of Vienna and the Ars Electronica Futurelab. (See the interview with René Mathe on the Ars Electronica Blog) Following the premiere in Deep Space, Danielle Spera, director of the Jewish Museum of Vienna, took some time to chat with us about her impressions.

You’ve just had your first look at the virtual Linz Synagogue here in Deep Space 8K. So, tell us, how do you like the reconstruction?

Danielle Spera: The dimensions of the images you partake of in Deep Space are simply incredible! That you can now take a walking tour of the synagogue on this scale makes this an especially impressive experience for me. I mean, we too offer virtual reconstructions at the Jewish Museum of Vienna and the Judenplatz Museum, where you can “visit” synagogues, but nothing like on this scale. It’s just unbelievable that you can virtually walk inside here and actually get the feeling of this building’s interior space. It’s very impressive! 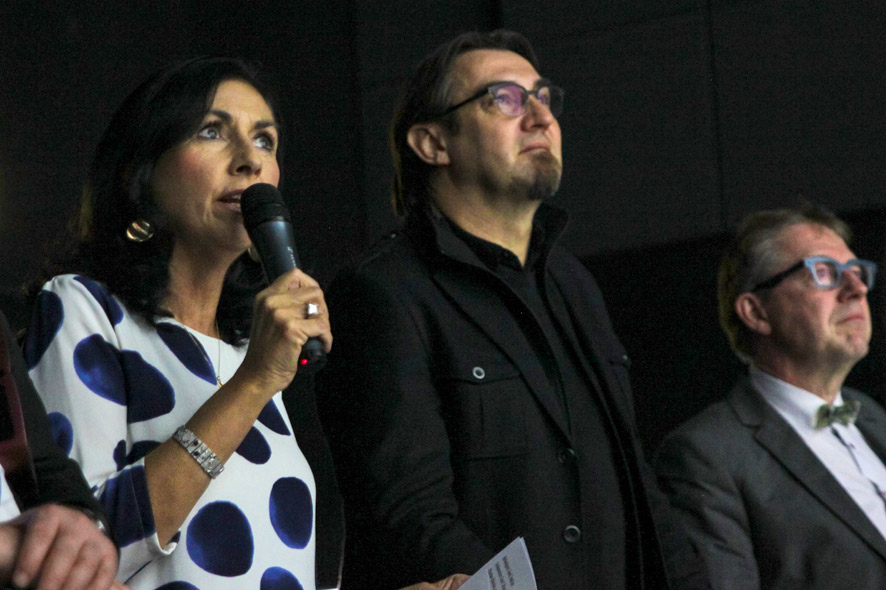 What does the Linz Synagogue mean to you?

Danielle Spera: The Linz Synagogue has a very special, sentimental place in my heart. After all, the original synagogue was destroyed in 1938 and it took a long time before a new one was constructed. The current synagogue was built in 1968 by George Wozasek a very close friend of my family whom I knew personally and liked very much. And it’s so sad that George Wozasek died only 14 days ago. This evening would have made him very, very happy! 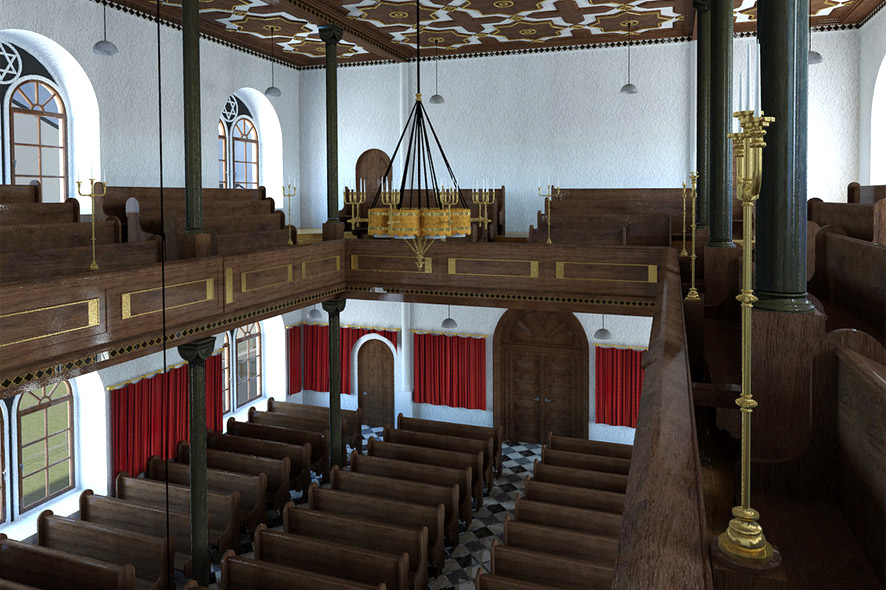 A general question: What is the significance of the synagogue as a physical gathering place for the Jewish community?

Danielle Spera: In fact, Jews can pray anywhere, but a synagogue has a special significance since it recalls the Temple in Jerusalem. It reminds us that a great temple once stood there and no longer does. That’s why we gather in the synagogue. This is where the Torah scrolls are kept, which is another very important aspect. Here, the community comes together to celebrate festivals, births, Bas Mitzvahs und Bar Mitzvahs, marriages. This is a very special gathering place, called a bet knesset in Hebrew, and a shul in Yiddish because this is a place of study. So the synagogue is a very important place for us.

Danielle Spera: By all means! It’s just a natural fact that a physical gathering of people is much more inspiring than a virtual one can be!

PLEASE NOTE: If you’d like to experience the virtual reconstruction of the Linz Synagogue for yourself during your next visit to the Ars Electronica Center, simply ask one of the Infotrainers in Deep Space 8K. 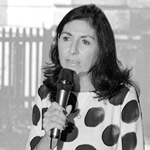 Danielle Spera is the director of the Jewish Museum Vienna. She studied journalism, communication science and political science and began to work for the Austrian Broadcasting Corporation (ORF) in the late 1970s. After numerous stays abroad as a journalist and correspondent, she returned to Vienna in 1988 and, among other things, moderated the newscast “Zeit im Bild” (ORF). Since 2010, she has been the director of the Jewish Museum in Vienna. Last year, her contract was extended by another five years.