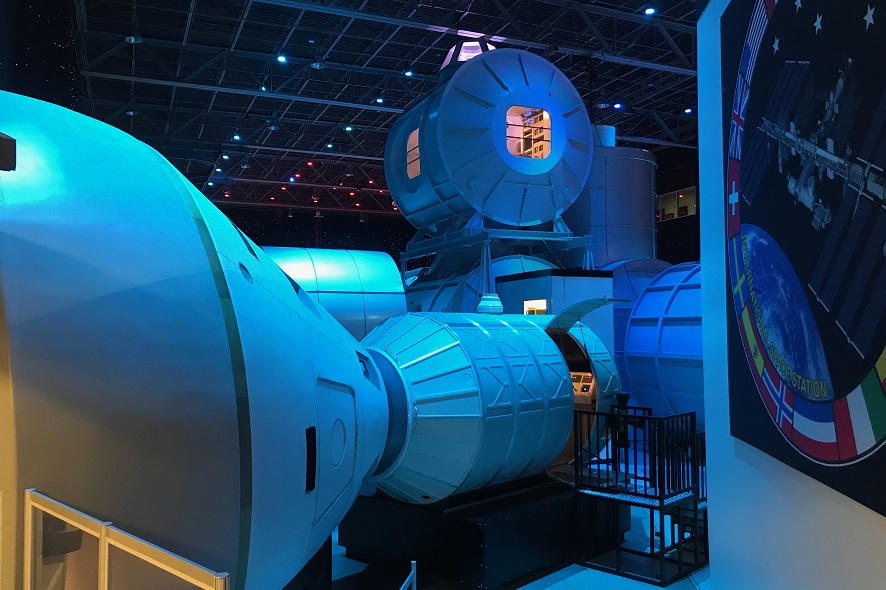 Continuing professional education, classroom instructional material and lots of action await participating teachers at the annual International Space Camp. ESERO Austria, the Austrian Research Promotion Agency, the Austrian Federal Ministry of Transport, Innovation & Technology and the Ministry of Education, Science and Research made it possible for Viennese teacher Julia Schleritzko to travel to the US Space & Rocket Center in Huntsville, Alabama and face the challenges of outer space. Mission accomplished? We found out in this interview.

Why did you apply to attend the International Space Camp?

Julia Schleritzko: First of all, because I’m a huge fan of Star Trek! And, in general, I just find the idea of life in outer space incredibly fascinating. Not only whether there are other living creatures besides Earthlings inhabiting the endless expanses of the universe; also the question of how human beings can survive and thrive in this inhospitable environment.

In order to impart this enthusiasm to my students, I worked together with another faculty member, a physics teacher, to launch Astronomy Project Day, when our students can attend workshops to get an intensive introduction to astronomy and astrobiology. This day has become an annual fixture at our school and students really look forward to it.

And since I’m very keen on immersing myself in this subject, I attended the European Space Agency’s 2012 Summer School for Teachers in The Netherlands, which was great! I got acquainted with many new and amazing things that I could share with my students.

It was only a couple of years ago that I found out that NASA and the U.S. Space & Rocket Center offer similar training, and I applied for the first time last year. My expectation was that I would get to know highly dedicated colleagues teaching at schools all over the world and share with them my fascination for the endless reaches of the cosmos, and thereby partake of inspiration for my own classroom instruction, and especially for our Astronomy Project Day. 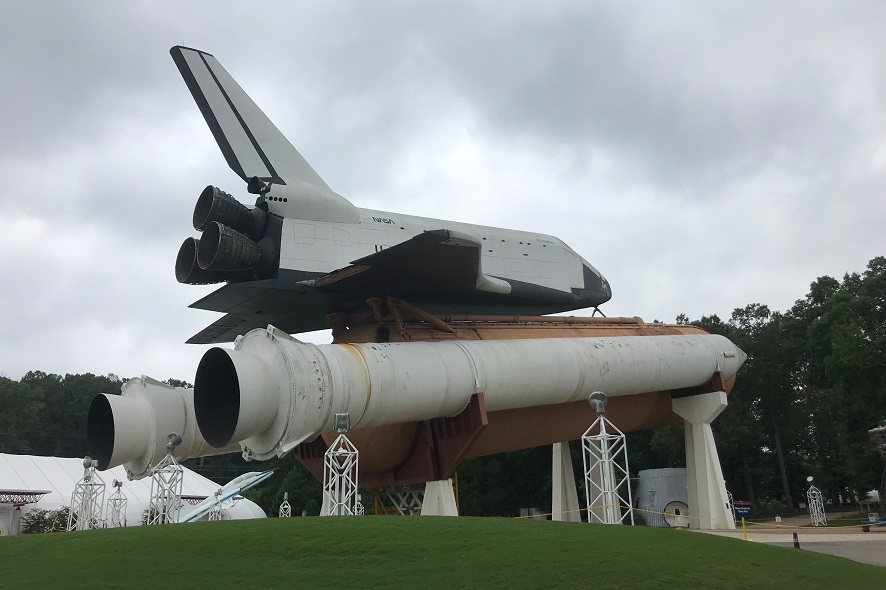 What have you taken away from this week spent in Huntsville? What impressed you the most? How did you enhance your knowledge?

Julia Schleritzko: What most impressed me was the organization on site. There were a total of about 90 teachers and 800 students from all over the world on the grounds of the U.S. Space & Rocket Center divided up into small groups of about 15 individuals, each with a precisely defined daily schedule. There were never big crowds or long waits, neither at any of the exercises nor at meals in the cafeteria. It was really well-planned!

What impressed me the most about my training was the Space Shuttle mission, from the design to the planning to the modules modeled on the original. During this activity, the group was divided into subgroups—one took over Mission Control, one assumed the role of the scientists and technicians aboard the ISS, and one flew the Space Shuttle. Then we simulated a mission—experiments were conducted aboard the ISS, the Space Shuttle transported cargo and a new crew to the ISS, and Mission Control supervised the operation and issued commands. As an aid, each participant had her/his own script. First, we had an hour to rehearse the mission and get familiarized with our assignments. Then, the mission was carried out, and, of course, there were so-called anomalies—for instance, when I was in the cockpit just before our landing approach, all the lights on the control panel began to blink and the alarms went off. I quoted the famous line “Houston, we have a problem” to inform Mission Control that there was a malfunction, and they then attempted to ascertain what had gone wrong and tell us how to rectify it before we crashed. We really got into the scenario, and it was a lot of fun and incredibly exciting to safely land the Space Shuttle despite the open cargo bay hatch.

I learned the most at the workshops for teachers. They’re very well thought-out and can easily be integrated into classroom instruction, almost on a 1:1 basis, if you’re able and willing to deal with these topics. One assignment was to build a Rover using the simplest possible materials. An egg was to be carried by the Rover, and the Rover had to fit inside the Lander. Then, the Lander was thrown out of a 2nd story window and the Rover had to drive over a ramp. The object was for the eggs to remain intact. Unfortunately, my group’s egg didn’t survive. And there were more great workshops that entailed building and launching a model rocket, a deployable solar sail and a heat shield. 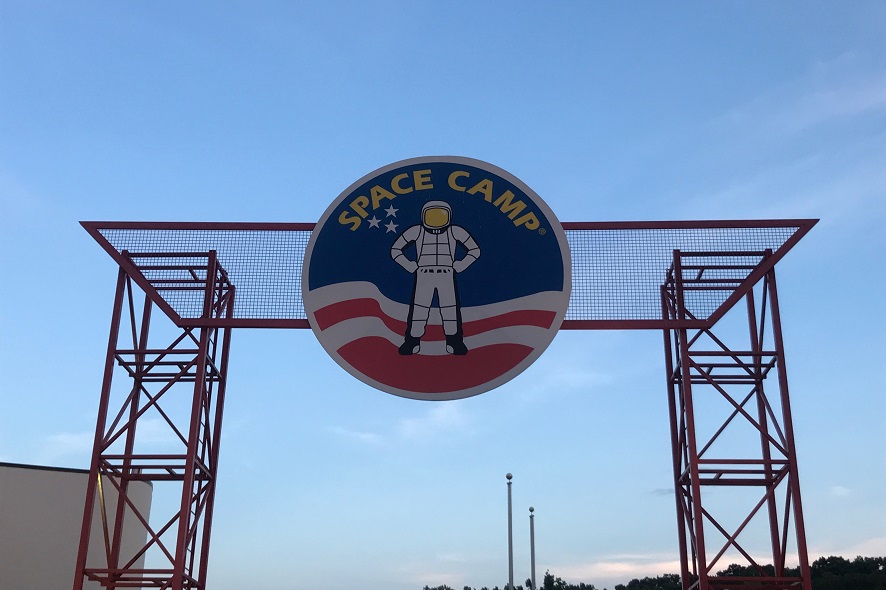 What activities did you have the most fun doing?

Julia Schleritzko: The most fun was, of course, the Space Shuttle mission, but the “astronaut training” was great too. We got to spin for 45 seconds in a multi-axis chair, experience 3G in the Force Accelerator, jump across the “surface of the Moon” in the ⅓ Anti-Gravity Chair, experience a “helicopter crash” and land in a lake with the Flying Fox. 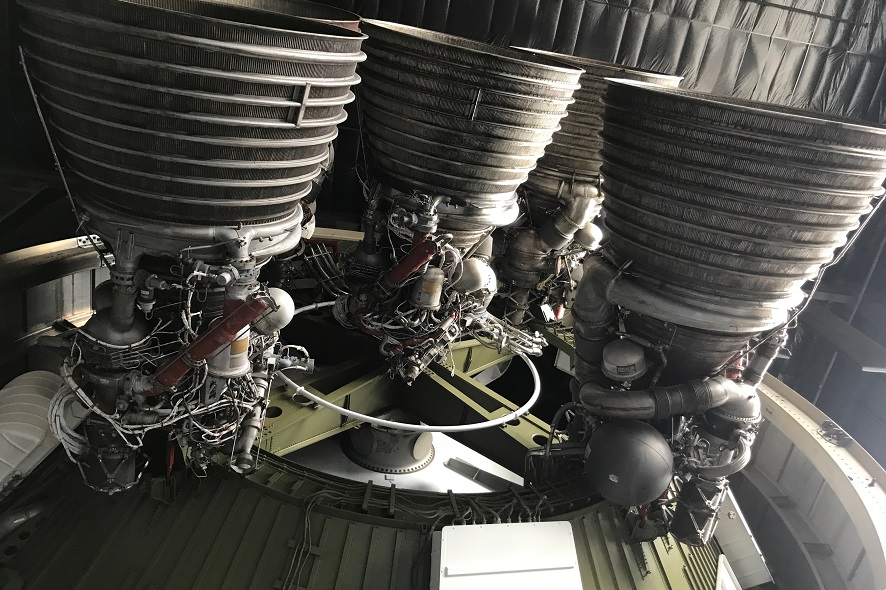 And while you were in Huntsville could you gather inspiration and new ideas that you’re now able to use in everyday practice in the classroom to get students interested in science and outer space?

Julia Schleritzko: Definitely. I’ll most certainly be utilizing several of the practical examples from the workshops, not only on a Project Day but also in regular instruction—for instance, in science and scientific labs, we’ll build a heat shield, a flashlight, a Lander and a Rover. On the theory side, I’ll surely integrate information about life aboard the ISS and the accounts of Dottie Metcalf, the female astronaut on the Space Shuttle STS-131 mission, into my instruction. 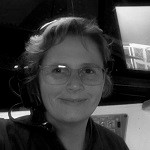 Julia Schleritzko teaches at Zirkusgasse High School in Vienna. Her regular subjects are chemistry and biology; she also enjoys teaching advanced elective science classes as well as science labs for younger students, and serving as advisor to the Chemistry Olympiad team. Her greatest source of satisfaction is when her students derive pleasure from chemistry and scientific work, which is why she gladly supervises students writing their scientific papers and organizes Project Days in the natural sciences. In addition to the Astronomy Project Day, her favorite school events are the Science Show at the School Festival, which she organizes with another chemistry teacher, and the Detective Story Night she developed together with a teacher of German language & literature. In her free time, she likes to read detective stories and thrillers; her favorite author at present is Marc Elsberg. She’s also a skilled and ambitious mountain climber, and passionate about scuba diving, which she sees as another great way to discover a new “world” and is almost like traveling in outer space. Julia Schleritzko and her husband share their home with two black cats, Tesla and Murphy, and a terrarium full of walking sticks (Phasmatodea), all of whom are named Groot.