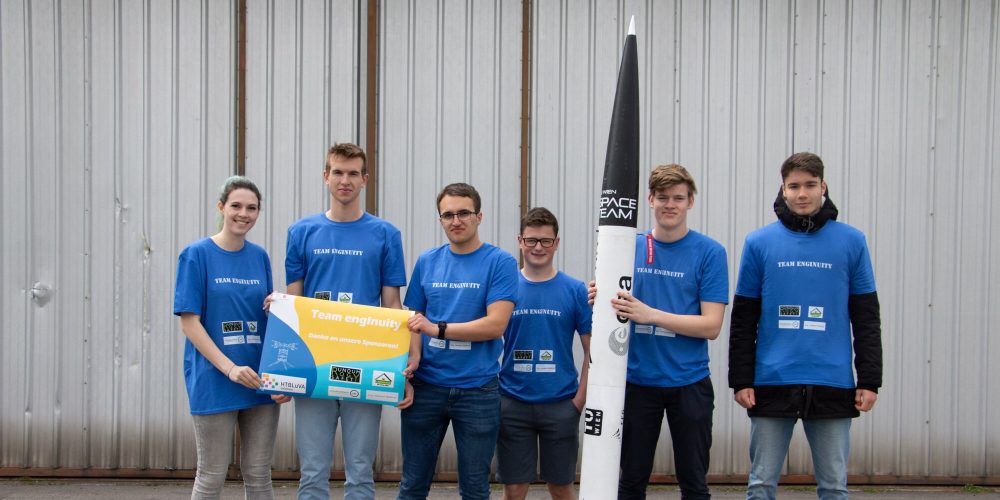 On Thursday, 21.4.2022, the airport of Suben in the district of Schärding was transformed into a mission control center for a number of space-loving young people. 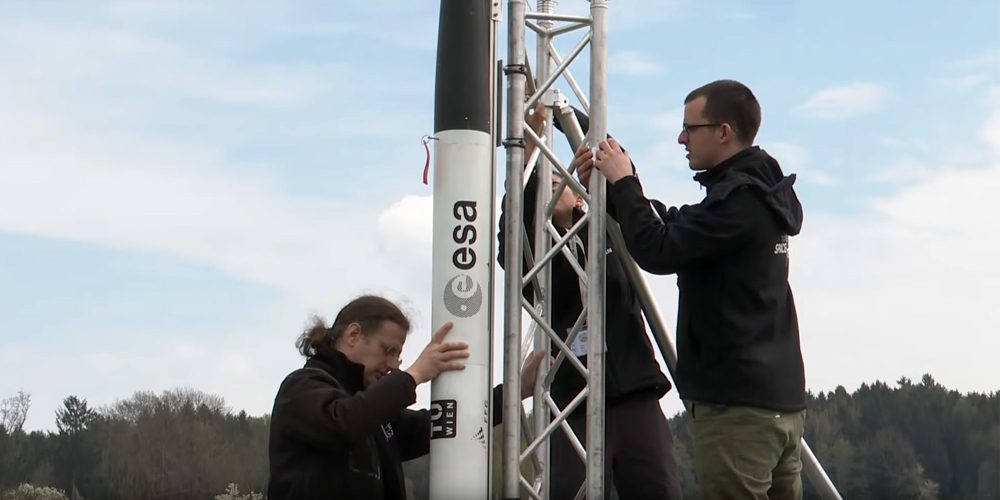 Launching their own mini-satellite 500 metres towards space with a rocket and collecting scientific data - this was the fifth time that students in the CanSat competition had the opportunity to do so. 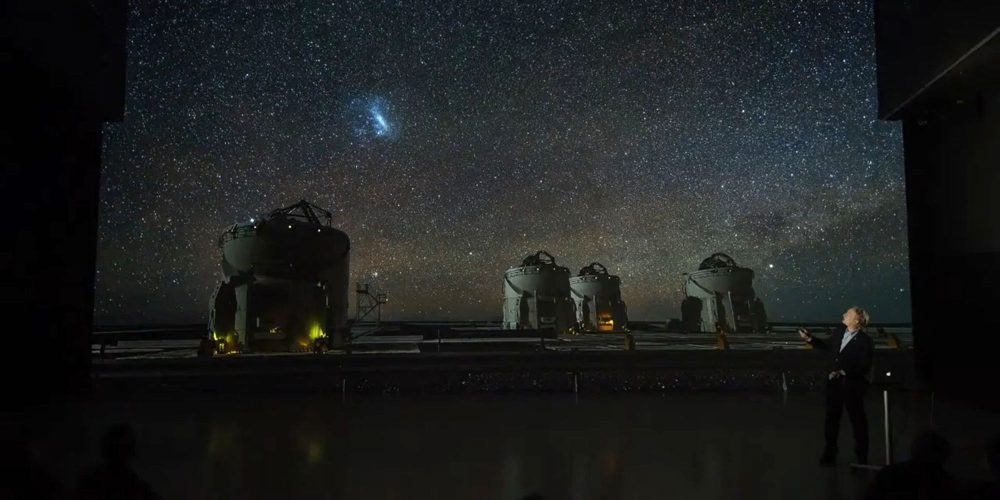 On the Olympus of Modern Astronomy 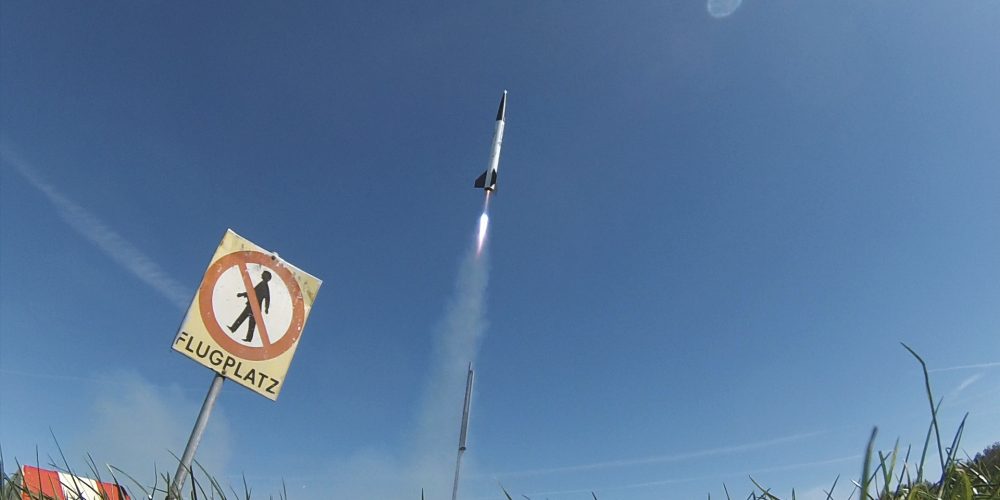 2020 marked the 10th anniversary of the CanSat competition. With a Corona-related delay, this year's celebration is underway - and the next competition is already ready to start. 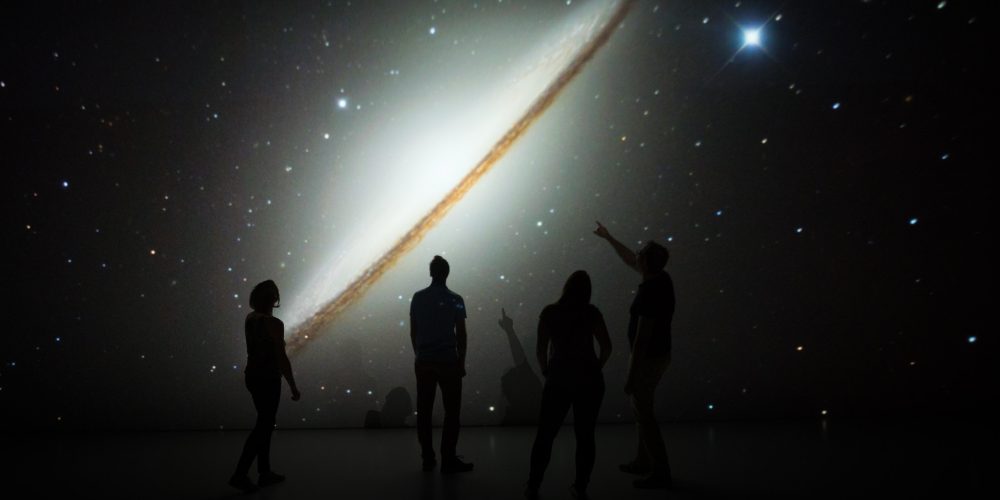 "What exactly is a star?"

A beverage can as mini-satellite, children as climate detectives or a training camp for astronauts: ESERO Austria uses the fascination of the topic of space to introduce young people to scientific topics. 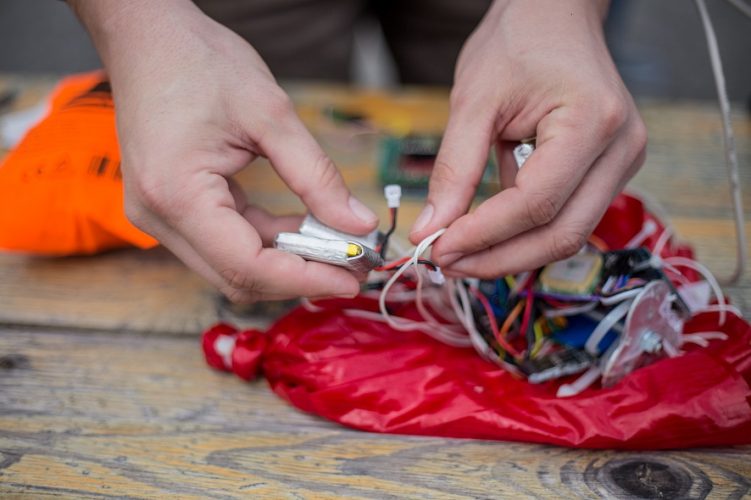 With their homemade mini-satellite, Team EcoSat came out on top at the first Austrian CanSat competition in April 2018. Over the summer, they had the privilege of flying to the Azores to take part in the Europe-wide competition. Find out all about the experience the Austrian team and their teacher had on the island in this interview. 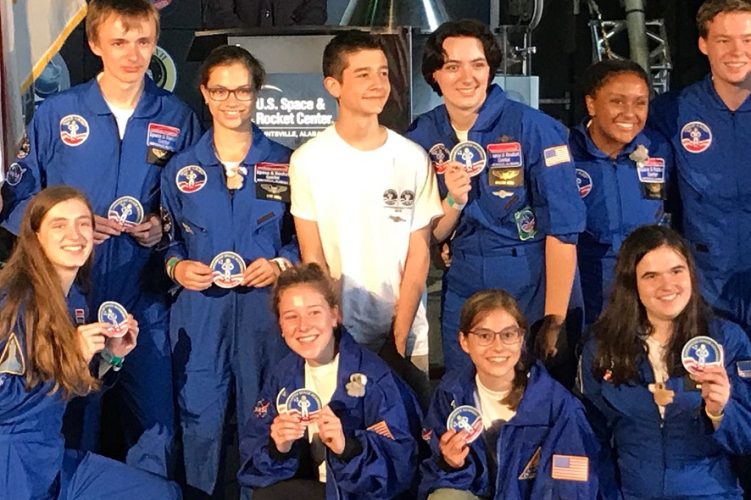 Simulated weightlessness, scuba training and a Russian course—at the Advanced Space Academy of the US Space & Rocket Center in Huntsville, Alabama, young people can get a close-up feel on space travel. ESERO Austria made it possible for two Austrian youngsters to attend this year. Here’s their account. 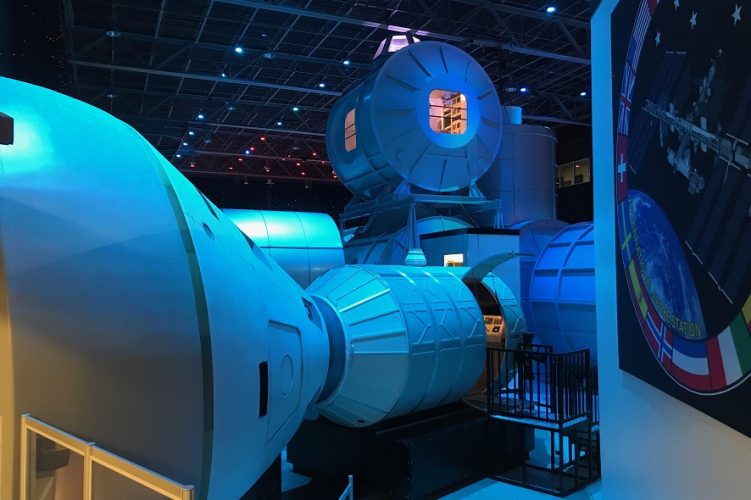 NASA and the US Space & Rocket Center in Huntsville, Alabama annually hold an International Space Camp, and once again this year, ESERO Austria made it possible for a teacher and two students to take part. Here, teacher Julia Schleritzko tells about her experiences. 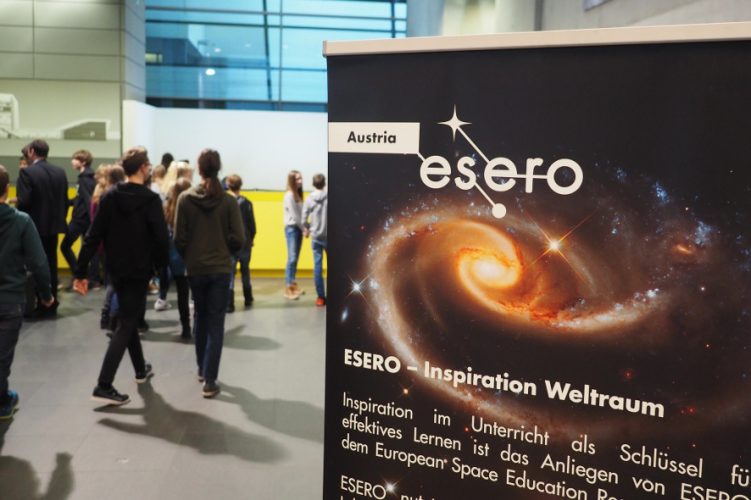 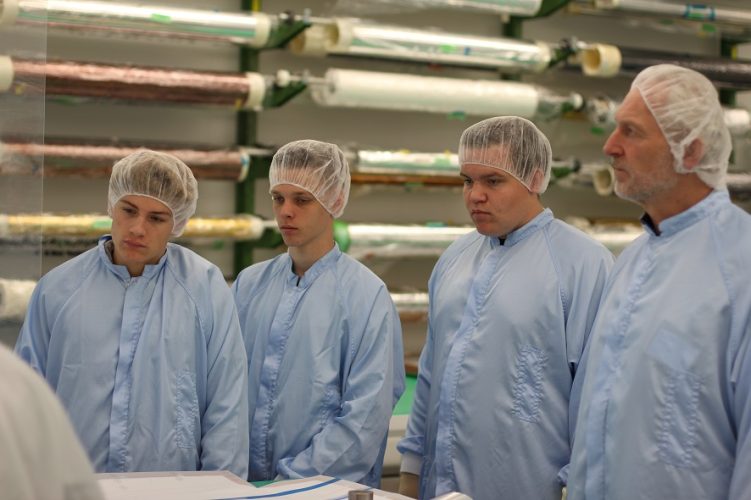 The runner-up prizes in the 1st Austrian CanSat competition held this past April were provided by RUAG Space—an outing to that company’s production facilities. Teams of up-and-coming young engineers who built their own mini-satellites got guided tours. 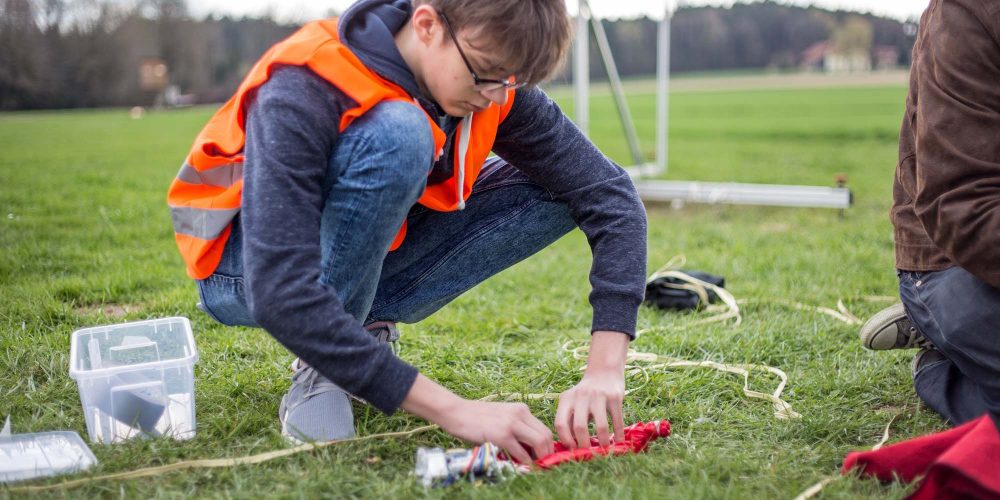 Mini-satellites the size of a coke can, a rocket launch at the Austrian-German border and three teams of students from all over Austria, competing for the title as best CanSat team (and the participation in the European CanSat Competition from June 28, 2018, to July 1, 2018 in the Azores islands) - that's the first Austrian CanSat competition in a nutshell! CanSat is short for satellites (Sat) the size of a coke can (Can). The participating teams only had a few months at their disposal to build their very own mini-satellite, before they would have to show their skills at the big launch at the airfield Schärding-Suben in Austria. On its way back down to Earth, the small devices have to fulfill two seperate missions: Measuring the temperature and air pressure, as well as a secondary mission chosen by the teams themselves. The competition was organized by the European Space Education Research Office (ESERO) Austria, the educational office of the European Space Agency (ESA), which, in Austria, is located at the Ars Electronica Center. 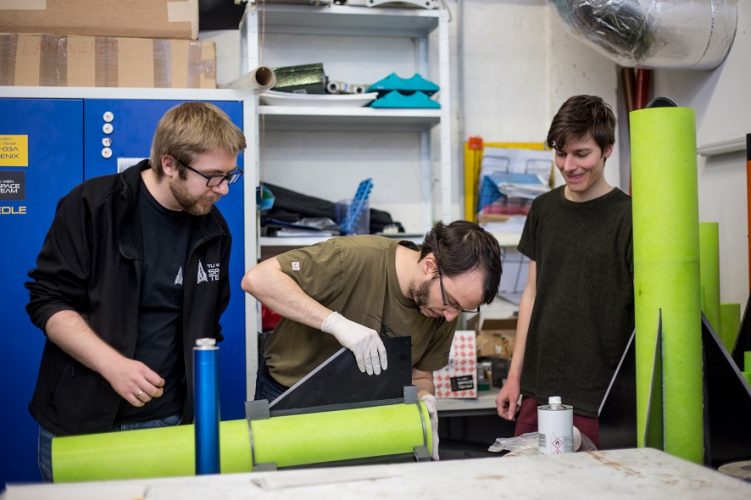 While teams of school kids throughout Austria are hard at work creating their cola-can-size satellites to be launched during the CanSat Competition April 9-11, 2018, the Space Team at TUW–Technical University of Vienna is also busy with its preparations—building the rockets that will take these mini-satellites aloft in April. We just paid a visit to the Space Team workshop in Vienna to find out more. 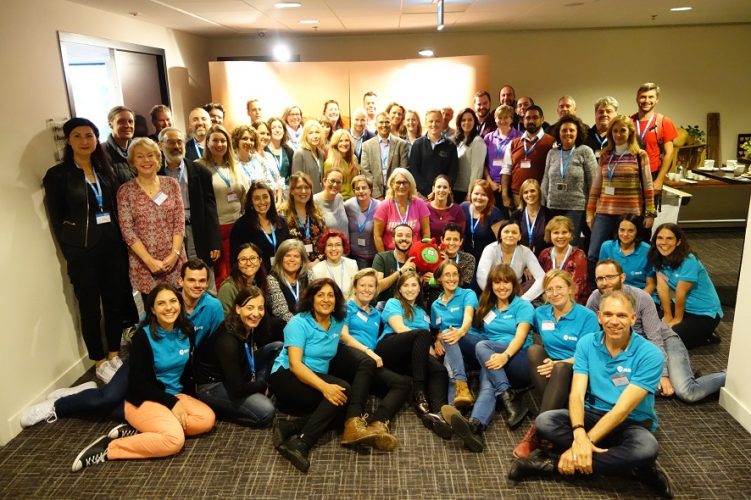 The European Space Agency (ESA) annually stages two international workshops for teachers from its member states. ESERO Austria made it possible for two Austrian teachers to take part in this year’s workshop in The Netherlands. Here’s an account of how it went. 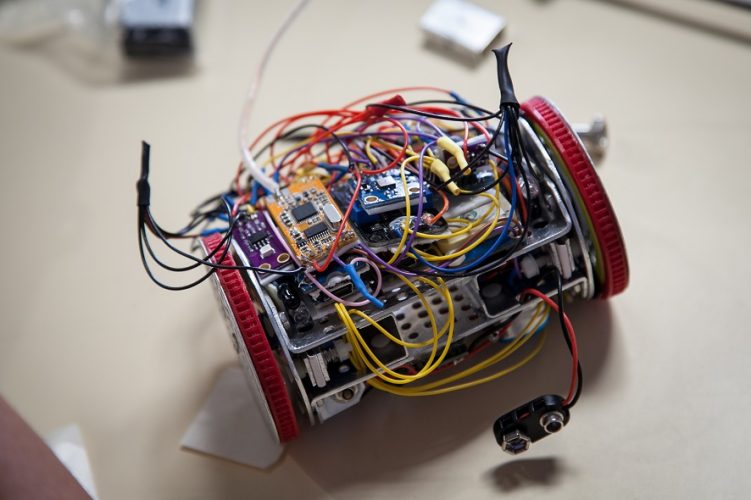 CanSat Competition 2017: Mini-Satellites That You Build Yourself

A CanSat competition is being staged for the first time in Austria during this school year by ESERO Austria. The assignment: build a so-called CanSat, a satellite the size of a soft drink can that’s able to measure air temperature & pressure and carry out a second mission of the designer’s choice. November 5, 2017 is the entry deadline for teams of students. Find out more in this interview!