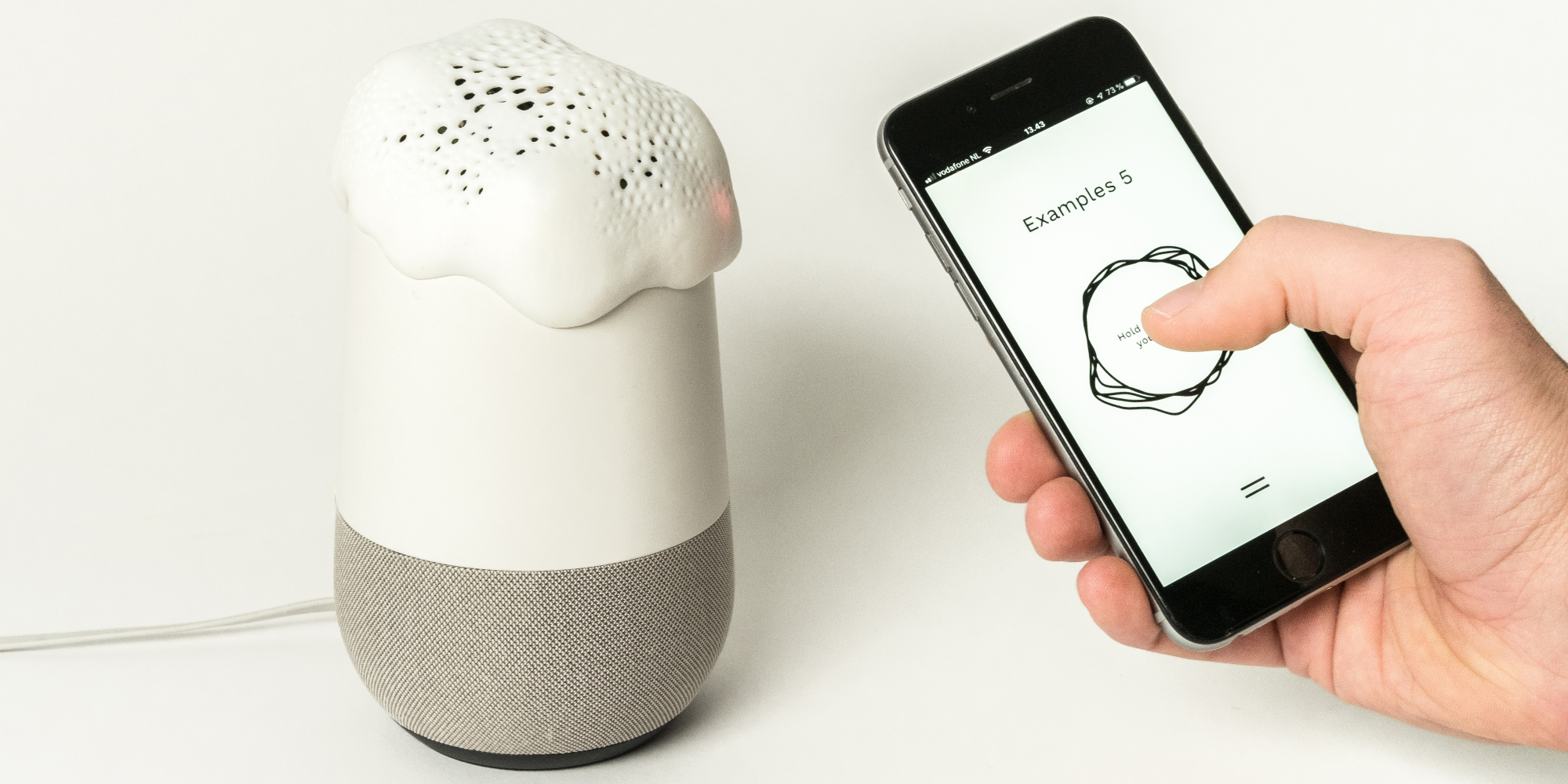 This is the fourth time the STARTS Prize of the European Commission has been awarded. The prize in the category “Artistic Exploration” went to the simple and effective idea to add a control of their own to ever-vigilant smart home devices when they are not in use. Bjørn Karmann and Tore Knudsen developed this 3D printed “prophylactic” and gave us an exciting insight into their activity in this interview.

You created Alias to gain back control over our privacy (at home). Have we lost it?

Bjørn Karmann: From our perspective, the feeling of control around privacy is lost when it comes to many smart products. For the regular user, such devices appear as black boxes that provide some kind of services when given a data input. But what happens to the data once it becomes an input is not communicated very well by many companies. This lack of transparency and communication can easily result in a lack of trust or a feeling of disempowerment. To feel in control and to feel empowered by the smart devices we bring into our home is what we find important. An Alias is an example of how that control can be an initiative taken by the user instead of the companies.

How can the user be sure that Alias doesn’t violate his or her privacy?

Tore Knudsen: Alias runs offline and is not connected to the Internet. All the processing and wake-word recognition happen onboard, which ensures that the data never leaves the device itself. We also made Project Alias as an open-source project in order to be transparent around our solution and make it possible for the user to check for themselves what happens in the software (of course it requires some familiarity with coding). 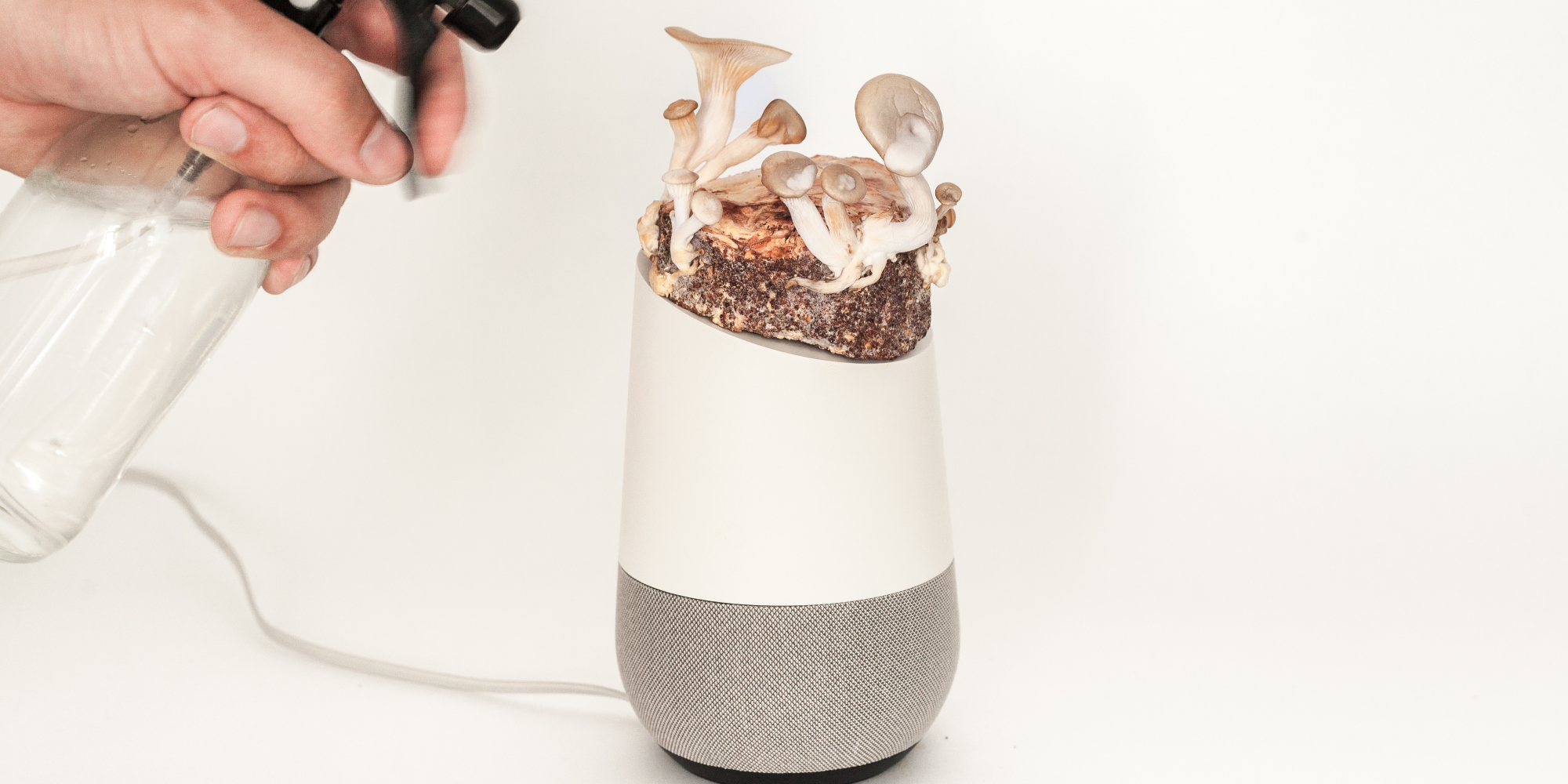 You call Alias a parasite and explain it by the cordyceps fungus that infects insects to take control of them. Don’t we just take control from one and give it to the other?

Bjørn Karmann: Yes, Project Alias is all about delegating the control from the creators of the devices to the user of the devices, because that is where we currently see an imbalance. The teachable “parasite” (Alias) functions as a tool to do so. When we make the comparison to fungi and parasites, it’s because nature often finds its own way to regulate species populations if one group becomes too dominant. Our narrative plays on what that rather scary concept would be like in our world with tech giants (dominant species) such as Google and Amazon. We feel that this narrative has really helped us communicate our message in a way that provokes reactions.

You won the STARTS Prize in the category Artistic Exploration. Where do you see the potential of the arts in technology?

Tore Knudsen: We want to ask important questions about our future and relationship with technology, and we have found the art of speculative technologies to be a great catalyst for emphasizing perspectives that often gets lost in the innovation process. Art can help us look at technological phenomena from new angles that emphasize human values in ways that complement the motivations that drive companies to do innovation. We want to make technology more humanistic, open and decentralised.

Bjørn Karmann: With Alias, we found it important to focus on the arts and the narrative first, yet make it as real as possible. Because when a speculative concept becomes real and people can experience it first hand, they understand the art by doing. We want to invite people into the alternative future today and discuss what relationship with technology we actually want in the future. 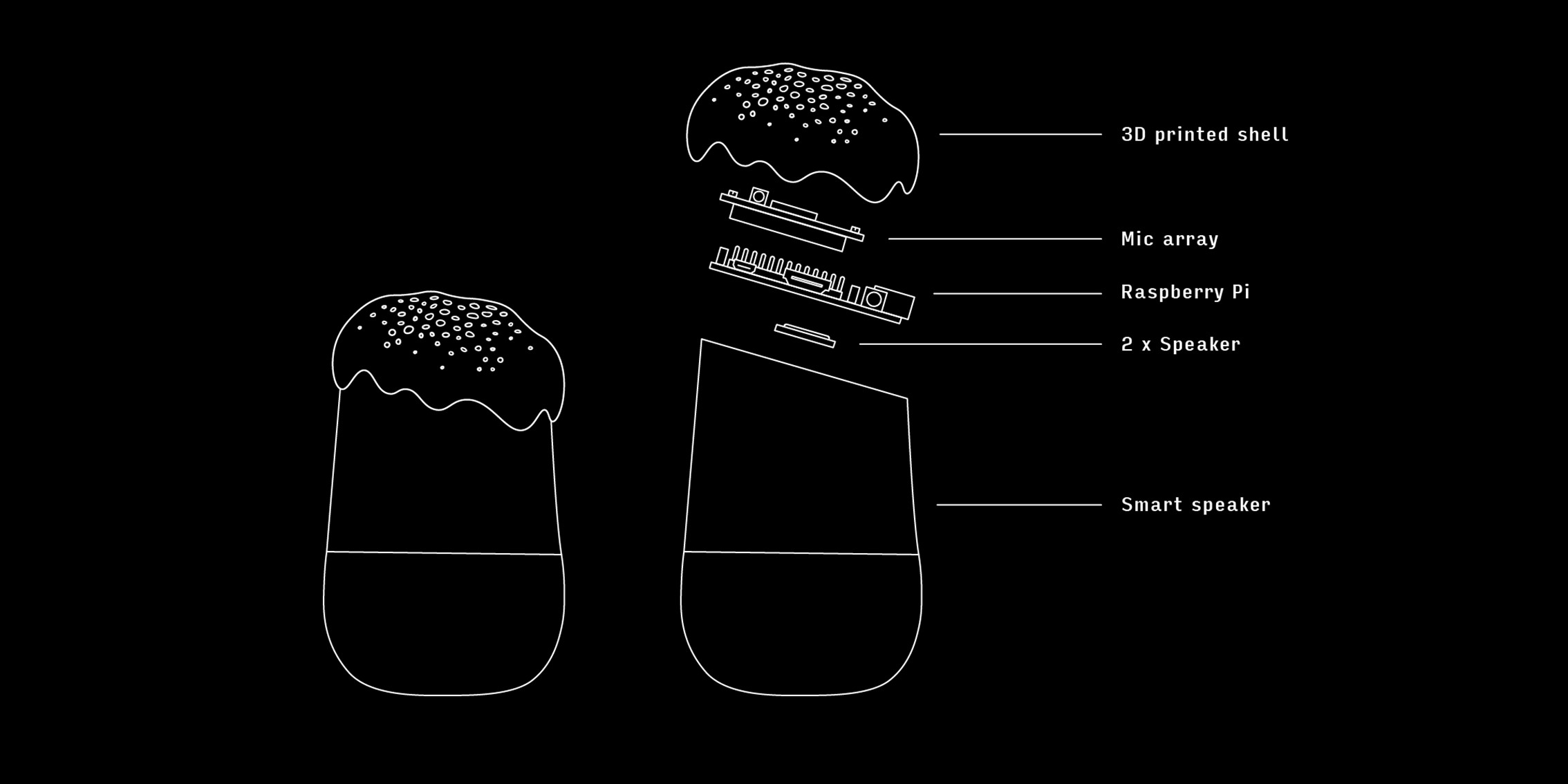 Do you yourself use smart home devices?

Tore Knudsen: None of us had any smart home devices for a long time, and we were certainly not planning to buy one either. But after Bjørn won Google’s AI Experiment Challenge back in 2017 he got a Google Home smart device as a gift from the I/O event. Despite the lack of excitement, Bjørn brought it home for a trial period. It did not take long before frustrations started to build up, and empathy towards the uncanny voice disappeared. Every interaction and behavioral pattern felt predetermined. He felt like a passive consumer who just wanted to give the poor assistant a name that was not the company’s brand. And then there was the microphone. A direct link to the servers at Google that always was on and ready to be triggered by your command. So the idea of hacking it started to arise. But as makers, we had to face the sad truth that it was yet another device with a completely closed system. To hack it, we would have to get creative. This is when the idea of a “man-in-the-middle-attack” started. A device that we would trust and which has no connection to the internet. Whose job is to take control of the other assistant and whose name it would deserve.

Bjørn Karmann: Ironically, we would probably never have made Alias if it had not been for Google in the first place and our critical view of technology.

Bjørn Karmann: Since the launch of our first version, we have had a lot of ideas for improvements from the maker community. So we have worked hard to finish version 2.0, which will make it even easier to install and introduce some new features, such as gender settings, so you can introduce noise to their labeling algorithms by becoming the opposite or non-gender.

Tore Knudsen: For the long run, Alias is just the beginning. We plan to continue our vigilant research and keep exploring the dark corners of technology, to change our perspective. 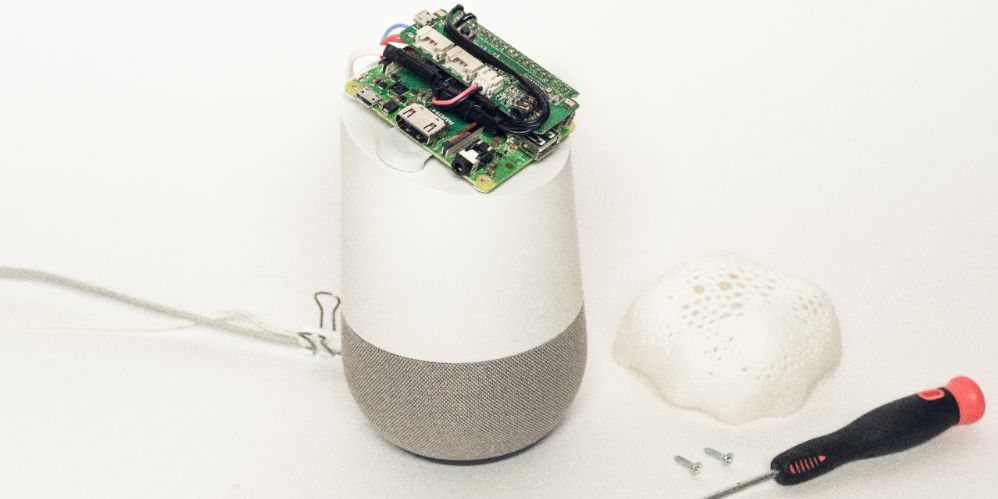