”It’s about what people can do with technology” 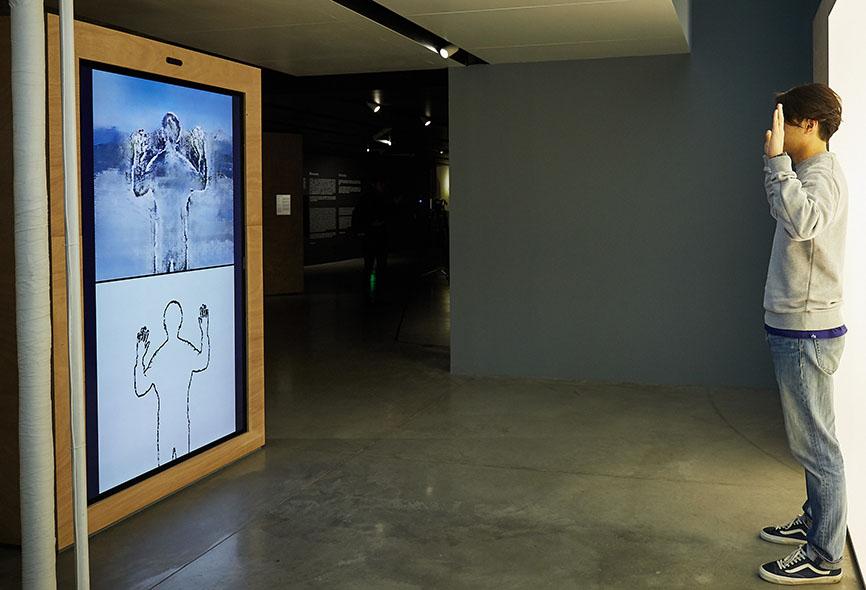 “human (un)limited“ is the second joint exhibition project of Hyundai Motorstudio and Ars Electronica, dedicated to the human success story and its possible next chapters. At the center of this artistic-scientific research are the people themselves, our weaknesses and strengths, and our eternal search for our place in the world. “human (un)limited” deals with the limits that we encounter as individuals and as a society, the limits that we impose on ourselves, and the limits that we seek to push out and overcome. In Beijing, Seoul and Moscow, three exhibitions will be presented simultaneously, bringing together artistic positions from China, Korea, Russia and the West and reflecting different cultural interpretations of the theme.

Part of the exhibition is the “ShadowGAN” project of Ars Electronica Futurelab, which recognizes the silhouettes of people and fills them with images of mountains, for example. On the occasion of the human (un)limited exhibition we spoke with Peter Freudling, lead producer and artist of the Ars Electronica Futurelab, about the present and future of “intelligent systems” and the role of the human being.

Artificial intelligence is currently experiencing an incredible hype. Is this another ” shining summer ” followed by another ” bitter cold winter “? If not, what differs this summer from the previous ones?

Peter Freudling: The currently existing AI systems are nothing more than a collection of methods and ideas to create software (and/or hardware) that can do some things that humans can do – like playing games and painting cat pictures. The word “intelligence” carries the danger of anthropomorphism, i.e. the humanization (of the abilities) of machines. The same applies to “machine learning” – it contains the word learning and therefore it sounds as if the machine is learning as humans do. As long as we use terms for machines that could also be used for humans, we will overestimate their meaning. So there will be the bitterly cold winter, but rather for the term itself and especially for those who expect something on a par with or even higher than human intelligence.

The crux of this technological development is also the fact that machines can analyze and interpret more and more of our environment through “AI”. This enables us to give more and more autonomy to them. As always, the decisive factor will be how we use technology (for us).

The ShadowGAN was trained to interpret every input as a mountain landscape. Is its output a creative act or just the “learned” construction of a reality?

Although ShadowGAN always generates new and unique images, one cannot speak of a creative act. One must not forget that these so-called GANs always pursue the same goal, namely to convert an “input” – in this case the image of the camera – into an “output” – constantly and without exception. Rather, this is an almost stupid, repetitive process and thus differs fundamentally from creative work.

Can AI applications create something new? Can they overcome boundaries?

Peter Freudling: I cannot answer this question at this point, because it is a highly philosophical topic.

Peter Freudling: As already mentioned, the key point when it comes to AI is the paradigm shift. So far we have mainly used technology for automation. Now we are gradually relinquishing control of automation. The systems show us above all our own limits – our own mistakes, which have infiltrated us as designers and “teachers” of these systems. They are always responsible for the sometimes frightening news, for example about abuse of power or even victims. We should use these wake-up calls to conduct a meaningful discourse on the extent to which we want technology to be an actor in our lives. There can only be one way for us to live together with technology. It is not about what technology can do. It is about what human can do with technology. We must find democratic and, above all, ethically clean solutions before we allow technology to operate autonomously in our midst. That is the challenge in connection with so-called artificial intelligence. 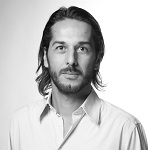 Peter Freudling is Lead Producer and Artist at the Ars Electronica Futurelab. On behalf of the Futurelab team that developed ShadowGAN and which also includes Stefan Mittlböck-Jungwirth-Fohringer and Ali Nikrang, he answered our questions about the project.

ShadowGAN is part of the human (un)limited exhibition, a series of exhibitions by Hyundai Motorstudio and Ars Electronica, which runs until February 29 in Beijing, Seoul, and Moscow.