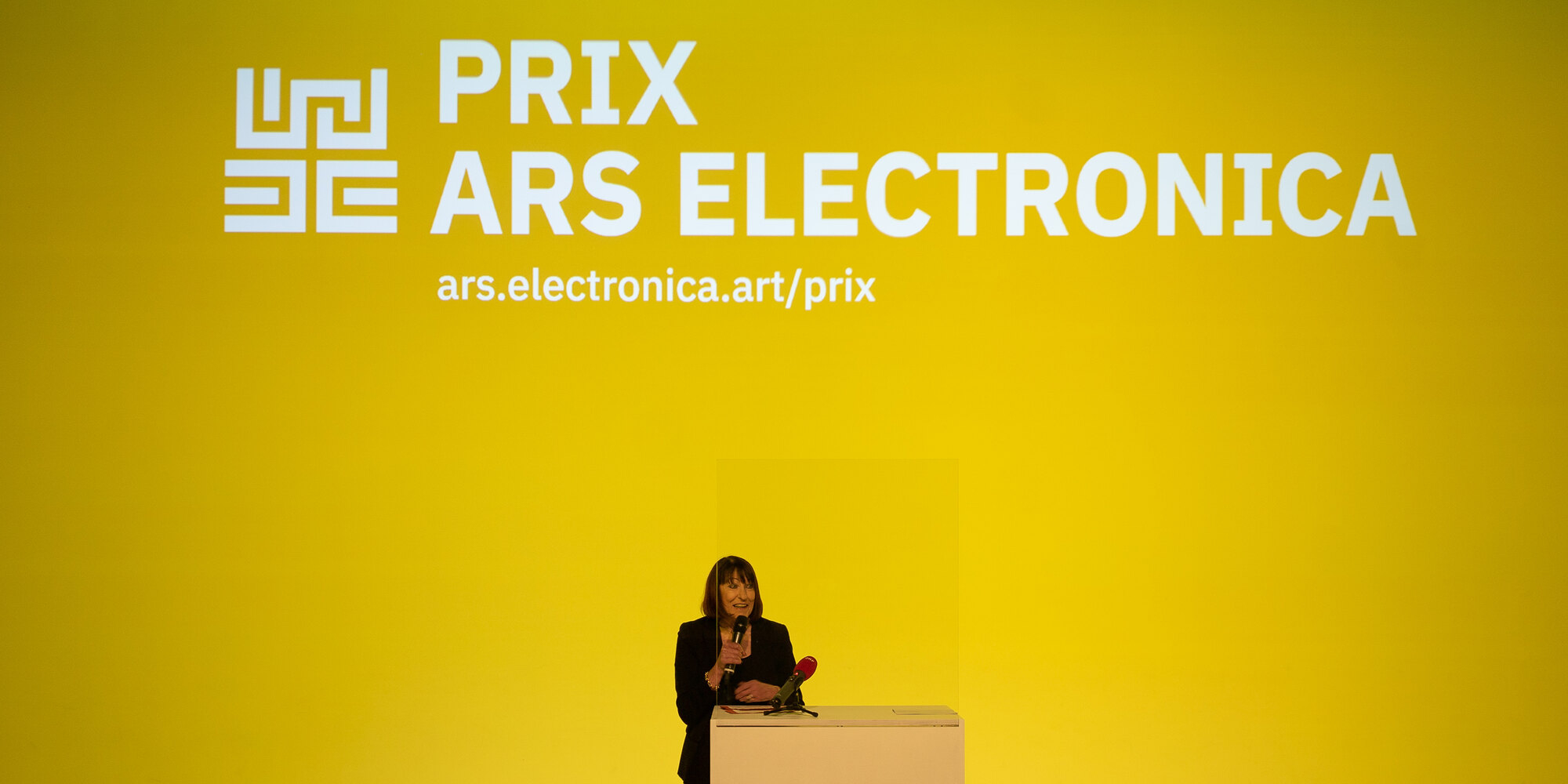 Christine Schöpf has accompanied Ars Electronica for 40 years, since its founding in 1979, and as the “mother” of the Prix Ars Electronica, the world’s most prestigious media art prize, she played a major role in the competition’s conceptualization and organization from 1987 to 2003. From 1996 onwards, Christine Schöpf was responsible for the artistic direction of the Ars Electronica Festival together with Gerfried Stocker. The emphasis is on “was” because now, on the occasion of the announcement of the 2020 Prix Ars Electronica winners, she has announced that she will be retiring from official posts. “40 years is enough,” she says. We say thank you, Christine, for your tireless efforts and have asked her for a very personal interview.

Christine, you said earlier, “40 years is enough” and you don’t want to “become like a Muppet from the balcony”. How much melancholy is there in officially saying goodbye to your offices now?

Christine Schöpf: I was thinking today, when the winning projects of the Prix were presented: “It was nice, the jury meetings have always been exciting.“ Although I’m not sure how I would have dealt with the online situation. A jury has its own dynamics, and it is of course also the case that sometimes you have to intervene in a controlling way – that didn’t work at all in this case. But still, this ” digging through the projects “, the jury meeting itself, the way the jury works, the chemistry between these five people… – that has always been exciting. Of course, there’s a certain nostalgia associated with it.

When Ars Electronica began in 1979 and now, more than 40 years later, how did the mood differ back then? Where do we stand now?

Christine Schöpf: You can’t compare it! It was really much, much smaller then. There were fewer projects. There were totally interesting symposia, but it was all very exclusive and took place in private. Involving the public, that was Hannes Leopoldseder’s idea behind Klangwolke. The first Klangwolke was then attended by the people of Linz – and not just a few. It has developed step by step, the Prix has of course increased the whole thing quite a bit and also increased the number of participants and made it international. The next step was undoubtedly when Gerfried Stocker came and the Ars Electronica Center was built. That led to new program elements that attracted the young people, such as computer games.

I can remember a funny incident back in the Brucknerhaus: there was a big table set up in the foyer, and young artists were sitting there, hackers, they were playing games and the old Ars Electronica guys were sneaking by, it was completely exotic to them. It was kind of funny. That was the next step, a change of generations. And then new things were added all the time: Ars Electronica Export brought in the international aspect, Ars Electronica Solutions or what the Futurelab does – these were all major development steps! I’m particularly pleased that the Futurelab exists. Back then, we discussed the new Ars Electronica Center in endless meetings. I always insisted: A studio or a research facility has to come, otherwise the whole thing will come to a standstill. Reinhard Dyk, the City Councilor for Culture at the time, took it up and insisted over and over again that it would be built. That’s why the Futurelab was there from the very beginning – and it’s so important for the house, for the festival, for everything. I am still very happy about it!

What have been your best experiences in the past years? What do you always like to remember, which stories do you like to tell again and again?

Christine Schöpf: An experience that I can’ t stop thinking about: We went to a rehearsal of the first Klangwolke. When we got off at the hotel, on the way to Donaupark, you could already hear the music. It was so incredibly beautiful to hear the music in the middle of the landscape, in the middle of the Danube park! It was an incomparable impression that I will certainly not forget. It was very, very particularly beautiful.

Then I can think of something else. In the nineties we had VR as a festival theme. I was firmly convinced that it was the theme of the year. Peter Weibel, artistic director of the Brucknerhaus at that time, was not at all in favor of it. But I didn’t care, I wanted to do it anyway. But they did and it was a great conference. There were really all the people there who were big names in the field, such as Brenda Laurel or Scott Fisher. I really wanted Timothy Leary because he was fantasizing about VR at that time. Through an American friend I got his phone number and after several attempts it worked out: he accepted. Great! But then his daughter died relatively shortly before Ars Electronica. But he came anyway and I have to say that the conversations with him, who was so often misunderstood and labeled as the drug pope, were unique. He was such a clever person and it was so interesting what he told me, I could have listened to him for days! It was a lasting experience!

That would have been my next question, whether, based on Ars Electronica, friendships with artists or scientists have also developed for you privately? Is there someone who has accompanied you since then?

Christine Schöpf: Let me tell you something! Hannes Leopoldseder celebrated his 80th birthday in March. In the course of this, I invited Ars Electronica people we value highly to send videos with a greeting message. Everyone did it without exception!

There was Bill Buxton, for example, who is the main researcher at Microsoft, Chris Breglar, who is now a scientist at Google, or Rick Sayre from Pixar, as well as the media pioneer Joachim Sauter… You felt friendship in all of these. I felt a deep friendship in my correspondence and in the answers. A deep connection and a lot of respect for each other.

There have certainly been difficulties and hard moments, especially at the beginning. What do you remember especially? Which big challenges were you able to overcome?

Christine Schöpf: Well, we never really reached that point. The constellation was certainly not easy. Ars Electronica’s organizers were the ORF and the Brucknerhaus. In the first years Horst Stadlmayer and Ernst Kubin were the directors there, which was a very pleasant cooperation. It worked really well. Under Karl Gerbel, who was a good director, but who absolutely wanted to keep the ORF out, there were some frictions between the leading figures Gerbel and Hannes Leopoldseder.

And then it turned out that we focused on computer culture and Weibel wanted to go more in the direction of avant-garde. I didn’t want that, there was already the Steirischer Herbst in Graz and we would always have been second. The Prix Ars Electronica has developed from that.

The Prix was created because Herbert W. Franke approached us with someone from Siemens who wanted to sponsor something modern to rejuvenate their image. And then we were thinking and thinking and thinking. And finally Hannes Leopoldseder said we’d make a prize. Many people said they wouldn’t enter a competition. But as you can see: The opposite was true.

If you could give your younger self some advice from the present perspective, what would it be?

Christine Schöpf: Always keep your eyes open, your ears open, and stay curious, always curious! And hang in there!

What are you particularly looking forward to now, in your Ars Electronica retirement?

Christine Schöpf: Sitting in the audience at the gala, without any tension, that will be nice, I’m looking forward to that. It’s just much more relaxed now. But of course I would step in if there’s a need for a woman!

In your statement before, you already mentioned the management team you trust completely because they do an excellent job. Do you want to give some advice to the current project leaders anyway?

Christine Schöpf: They are doing such a good job anyway! But I have always put a lot of importance on the jury. I always wanted a jury that was made up of different competences. And I actually wanted to know the people personally, or rather have someone whom I have been recommended by someone familiar. It is incredibly important how the chemistry is in a jury. If the chemistry isn’t right, you don’t get a good score. I would like to pass that on to the people in charge. 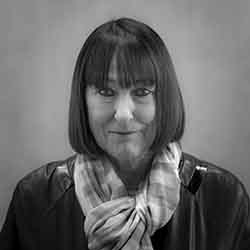 Since 1979, Christine Schöpf (AT) has been a driving force behind Ars Electronica’s development. Between 1987 and 2003, she played a key role in conceiving and organizing the Prix Ars Electronica. Since 1996, she and Gerfried Stocker have shared responsibility for the artistic direction of the Ars Electronica Festival. Christine Schöpf studied German & Romance languages and literature and then worked as a radio and TV journalist. From 1981 to 2008, she was in charge of cultural and scientific reporting at the ORF – Austrian Broadcasting Company’s Upper Austria Regional Studio. In 2009, Linz Art University bestowed the title of honorary professor on Christine Schöpf.