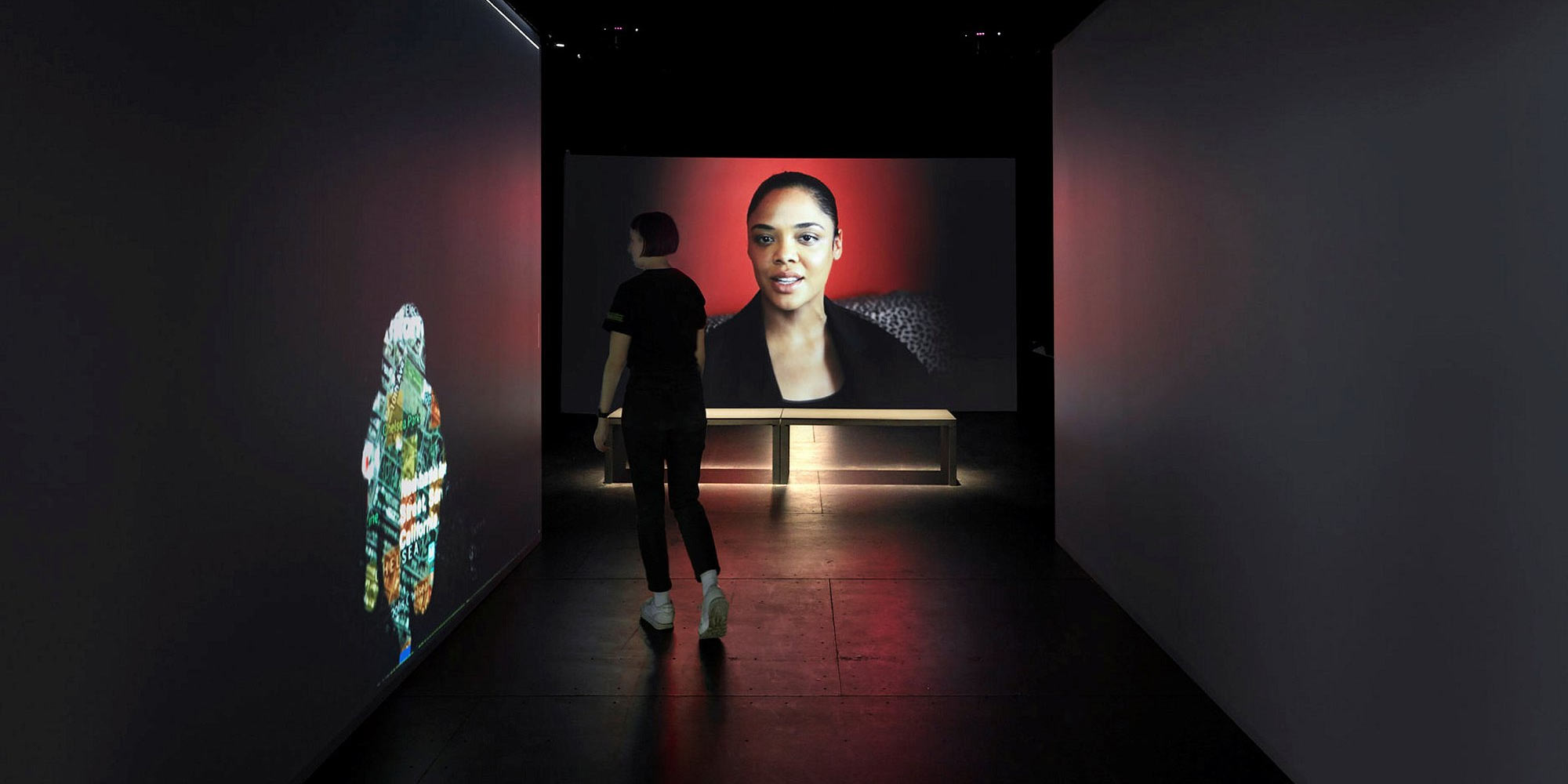 It’s the festival highlight of Linz’s city center and gives the Prix Ars Electronica – as a trend barometer of the interface between art, technology and society – the indispensable space it needs: the CyberArts exhibition at OK in the Upper Austrian Cultural Quarter in Linz, which will be open to the public from September 9 to 15, 2020.

Tickets!
Tickets and information about the CyberArts exhibition (and also about other locations of the 2020 Ars Electronica Festival) are available at ars.electronica.art/keplergardens/tickets/! You can visit the OK in the Upper Austrian Cultural Quarter during the opening hours without registration. Please wear a mouth and nose protection and keep a sufficient distance to other people.

Of course the CyberArts of the 2020 Ars Electronica Festival is a different CyberArts than we knew it. The pandemic has also left its mark on media art – so this year it’s sometimes impossible to bring artworks and their artists from far-away countries to Linz.

Genoveva Rückert, curator of the exhibition: “It is, however, very exciting to see how artists react to this new situation – in terms of content, especially since the lockdown coincided with the submission deadline, but also in terms of organization. A great many of them not only responded to our inquiries quite quickly, but with their commitment they are above all sending a clear signal: We are here, we want to talk about it. It is a crisis that goes straight to our hearts.”

Despite the difficult general conditions, there will be a CyberArts at the OK in the Upper Austrian Cultural Quarter that will be dedicated to the four categories of the Prix Ars Electronica: Digital Communities, Interactive Art +, Computer Animation and Visionary Pioneers of Media Art. Why don’t we take a quick look at the artworks in the exhibition right now!

Digital Communities – the common living together

Alluding to the comparison of being as mobile as water in order to be able to adapt to any situation at any time, the organizers of “Be Water by Hong Kongers” supported the efforts of the pro-democracy protests of Hong Kong citizens. This is the first time that the Prix Ars Electronica has awarded a Golden Nica in the Digital Communities category to an anonymous citizens’ movement for its innovative and creative digital actionism. The demonstrators are using digital media to organize, document and evade China’s surveillance, while at the same time emphasizing the important role of artists in their commitment to an open society. In Linz, the Hong Kongers are setting up a typical cramped and content-filled apartment directly in the CyberArts exhibition. But the other prizewinners in this category, such as the “Algorithmic Justice League” or the “Habaq Movement” will also be presented here.

Interactive Art+ – Technology and us

Who doesn’t find it convenient when a digital assistant like Alexa turns off the light in the own bedroom after a short voice command? But what would you say if all the devices in the monitored smart home were operated by people rather than computers? With “SOMEONE“, artist Lauren Lee McCarthy once again questions the role of humans in the age of intelligent machines and thus sharpens our awareness in dealing with digital communication technologies, which we usually use unquestioningly in our daily lives.

In addition to this Golden Nica, there will also be a number of other award-winning works in the Interactive Art + category. With his performance “Google Maps Hacks” Simon Weckert shows the influence navigation systems or apps have on our perception of the world. In his small handcart he pulled 99 smartphones through the city of Berlin, causing a considerable traffic jam on Google Maps.

The film artist Lynn Hershman Leeson is represented as a Special Featured Feminist Media Artist with two works in the CyberArts: For “Shadow Stalker” she received an Award of Distinction at the Prix Ars Electronica. The project makes visible methods such as predictive policing, which are increasingly being used by state judicial authorities and thus lead to racist profiling. Right next door her documentary film “! W.A.R. – ! Women Art Revolution” deals with female artists, curators and critics who have changed the art world since the 1960s.

You can try out “Algorithmic Perfumery” by Frederik Duerinck, an interactive installation that creates individual scent combinations after visitors have answered questions.

Also coming to Linz is “Appropriate Response” by Mario Klingemann, a scoreboard equipped with artificial intelligence, as we know it from airports and train stations of days gone by, and which offers all visitors a different, unique wise saying based on GPT-2 from OpenAI.

In her emotionally haunting, dreamlike and visually impressive journey, Miwa Matreyek devotes herself to the climate catastrophe caused by us humans. “Infinitely Yours” is a combination of live performance, sculpture and animation, a moving visual expedition, in which the artist takes us by the hand and leads us as a shadow figure to the many stigma of the destruction of our blue planet. For the way she shows us the complex damage that humanity has done to the world so far, she was awarded the Golden Nica of the 2020 Prix Ars Electronica in the Computer Animation category.

“Infinitely Yours” will be on view in the CyberArts exhibition, as well as “Underground Circuit” by Yuge Zhou, a visual and literally “multifaceted” journey into the New York subway, and “The Sky is on Fire” by Emmanuel van der Auwera, is an installation that shows us the fragility of the analog world. In “Serial Parallels”, Max Hattler once again presents a dizzying portrait of Hong Kong’s urban environment.

The Linz-born media artist VALIE EXPORT is one of the most important and successful international pioneers of feminist media art and will not only be honored with a Golden Nica and a presentation in the CyberArts in 2020. At “FC – Francisco Carolinum“, the Museum of Modern and Contemporary Art of new Landes-Kultur GmbH under the direction of Alfred Weidinger, the special exhibition “VALIE EXPORT. COLLECTION CARE” takes place. And the Filmfestival CROSSING EUROPE is showing a “VALIE EXPORT Tribute”, which can be watched during the Ars Electronica Festival in the Moviemento cinema in the Upper Austrian Cultural Quarter. A good opportunity for all those who are already here in Linz and would like to explore the media artist’s artistic work.

Animations and Prix forums, on site and on the web

If you want to see the best 15 computer animations of this year, a visit to the “Electronic Theatre” is highly recommended. The animations will be shown in the KUNSTKINO on the roof of the OK in the Upper Austrian Cultural Quarter, from September, 9 to 15, 2020, from 8:30 PM to 11 PM when there is fine weather. A selection of them will be shown during the festival in Deep Space 8K at the Ars Electronica Center. And for all those who won’t be traveling to Linz this year: There will be a unique livestream of this “Electronic Theatre” on Saturday, September 12, 2020, starting at 8:30 PM CEST on ars.electronica.art/keplersgardens.

“Since transnational travel is not possible in times of pandemic and international audiences cannot come to Linz, the 2020 Ars Electronica Festival will have a particularly strong focus on online content this year,” says Emiko Ogawa, organizer of the Prix Ars Electronica. “This time we’ll be shifting traditional formats like the Prix Forum, where prizewinners* can have their say in person, to the Net and offering the discussions as live streams on ars.electronica.art/keplersgardens. We will look at each category and talk about what the artists have thought about their projects, how they have succeeded in realizing them and what trends they see in their genre.”

Off to the Wolkenkuckucksheim [cloud-cuckoo’s house], CyberArts visitors!

Last but not least a tip: in addition to the CyberArts exhibition, visitors have the opportunity to use their ticket to visit the “Wolkenkuckucksheim” – the current exhibition on the roof of an artistic place of longing based on an antique model in the middle of Linz’s inner city, the site of the legendary Höhenrausch. 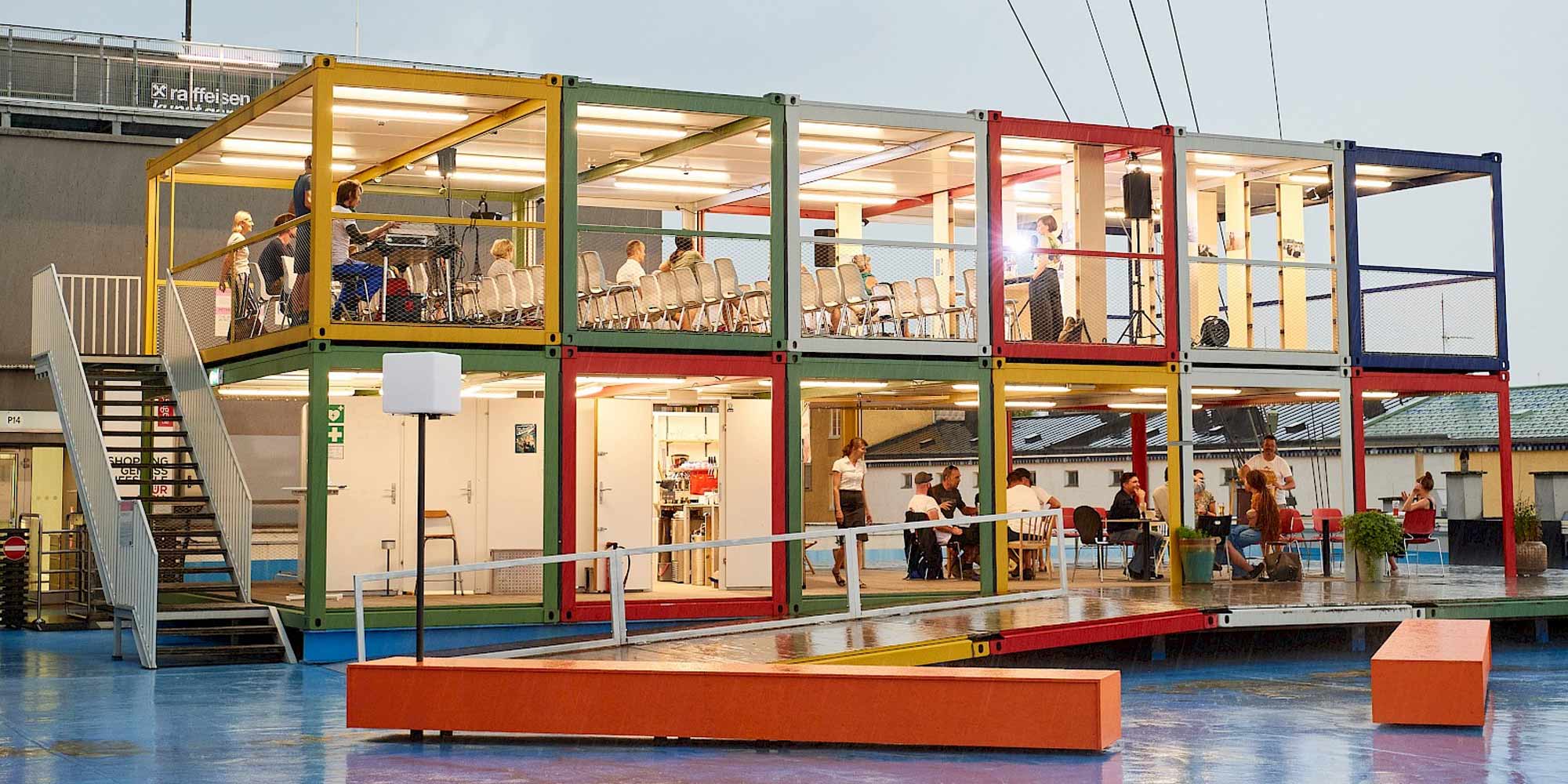