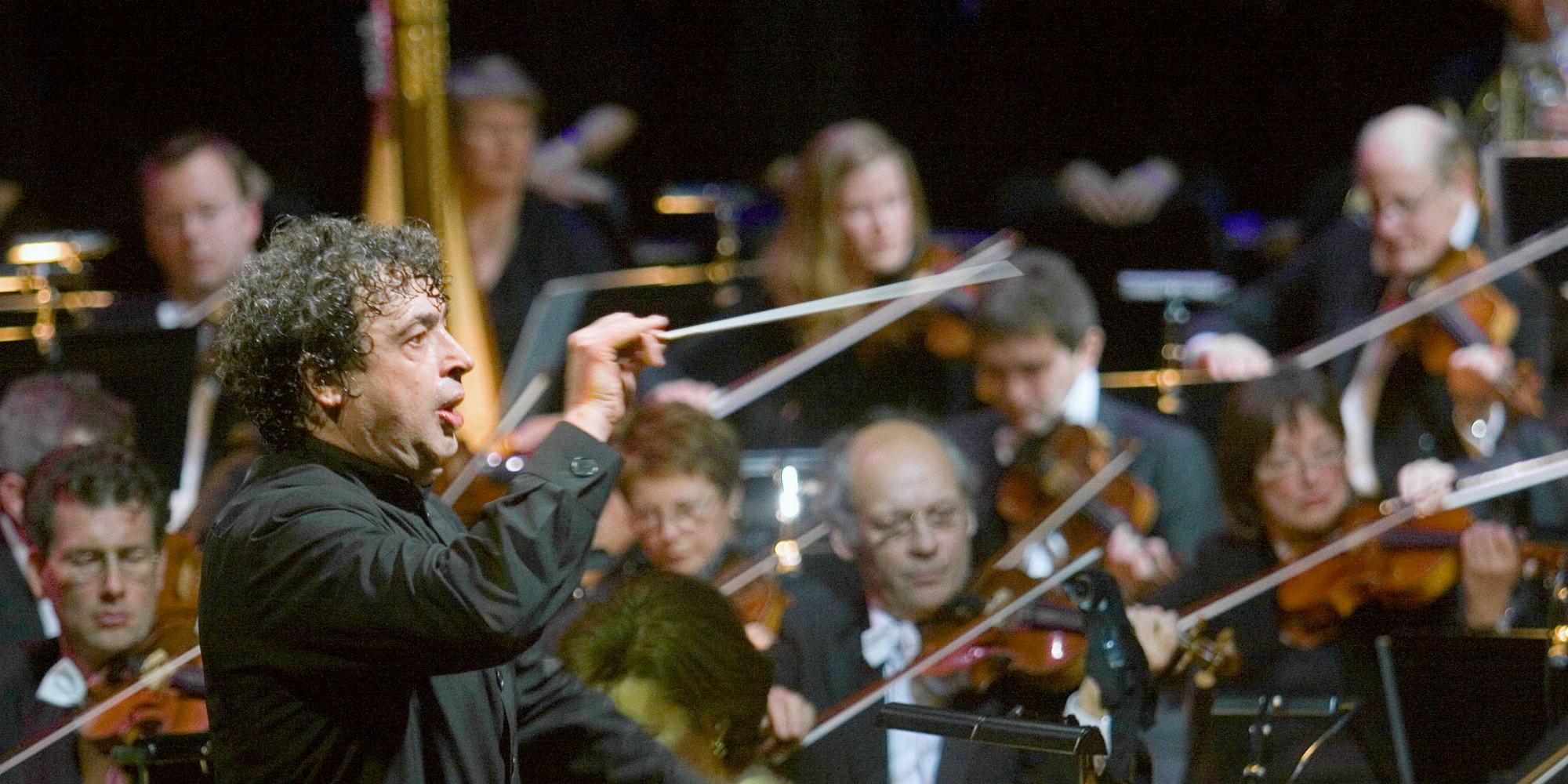 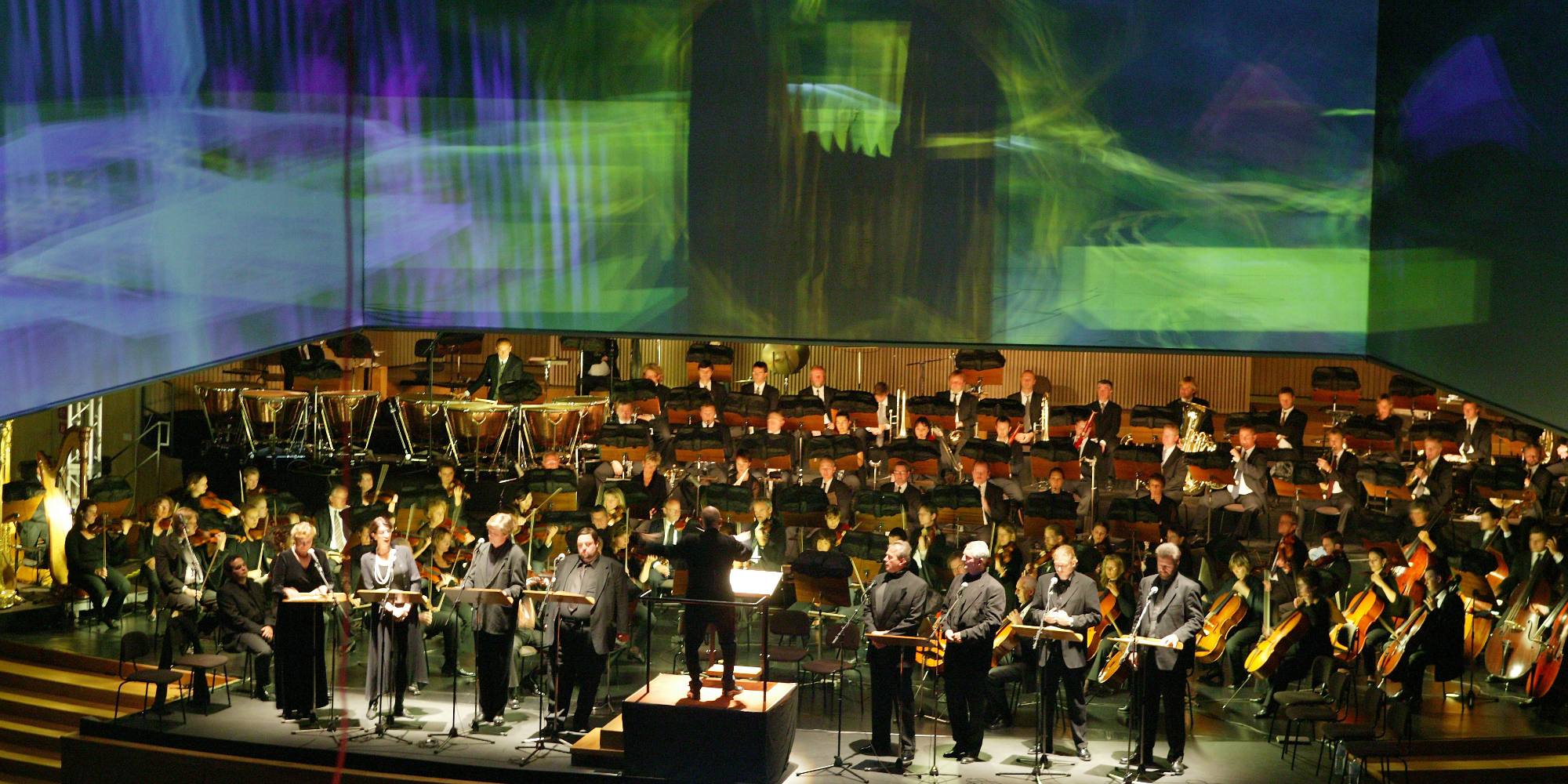 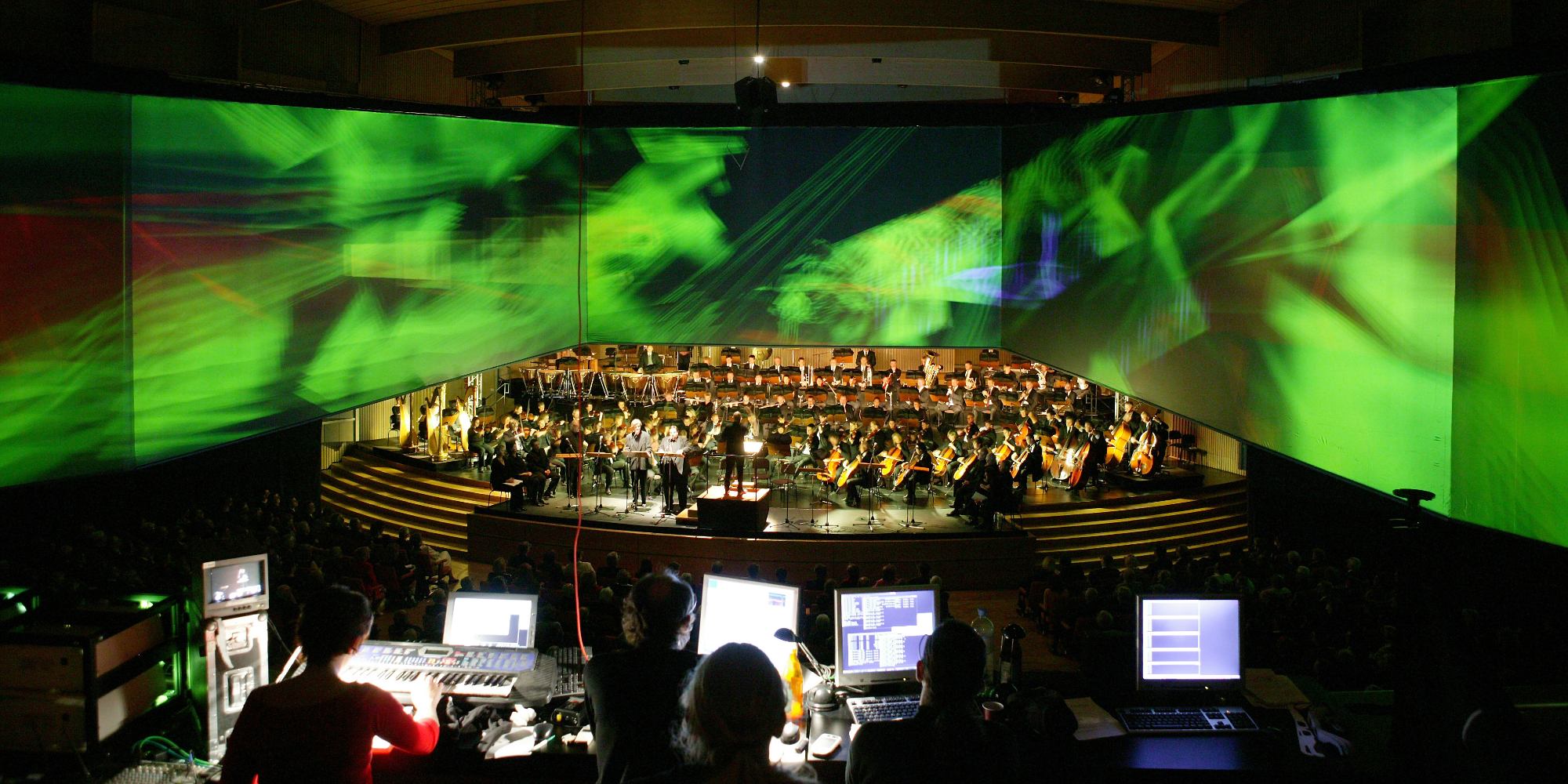 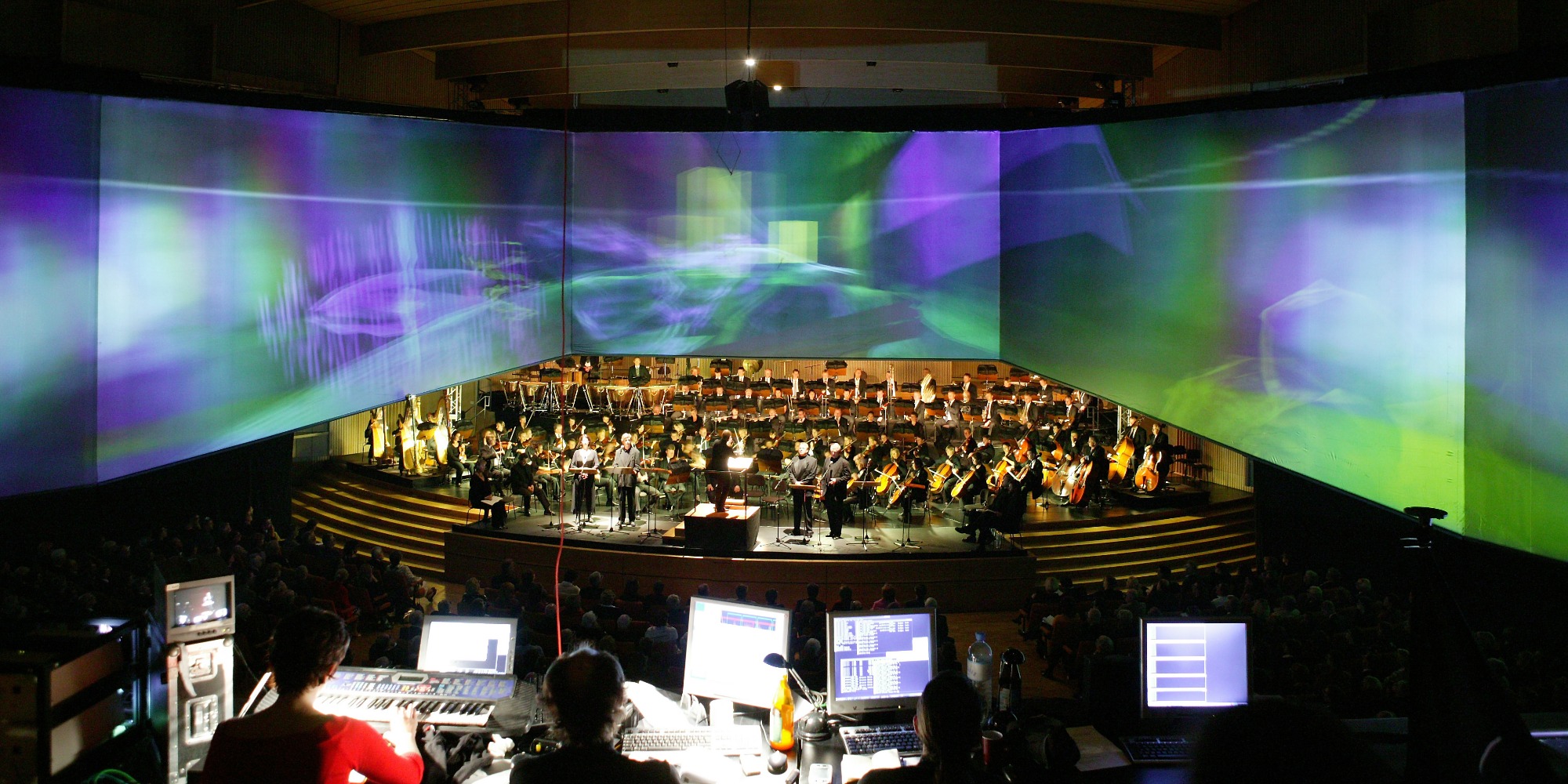 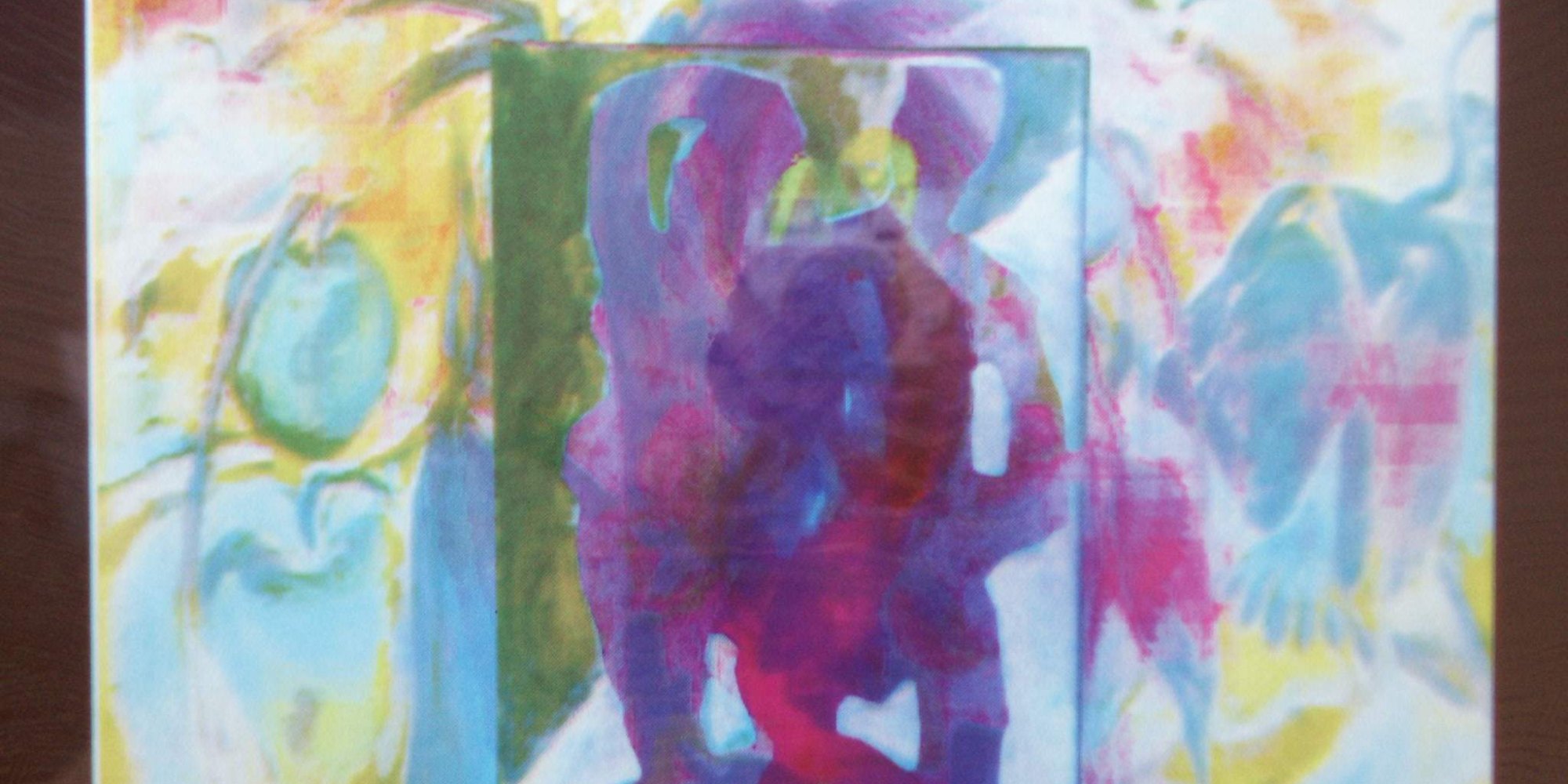 Music belonged to the DNA of Ars Electronica since its very beginning. In a way, that initial moment of Ars Electronica in 1979, with music by Anton Bruckner used for the first Klangwolke set the tone for the following years of countless concerts and musical projects at the Festival and the respective category of Prix Ars Electronica. Since 1979 the conditions for creating and for listening to music changed due to digital technology, which brought the computer as a musical instrument and streaming of digitized music as the dominating form on listening. On September 26th and 28th, 2004, a concert performance of Das Rheingold by German composer Richard Wagner (1813-1883) under the direction of Dennis Russell Davies and the Bruckner Orchestra Linz took place in the Great Hall of the Brucknerhaus Linz. In the framework of a visual concept by Austrian painter and media artist Johannes Deutsch (*1960), the singers were represented by virtual characters, which were in direct connection with them. In order to carry out this ambitious approach, it was necessary to enter uncharted territory. To this end, a transdisciplinary team of specialists was given one year’s time to teach a computer system to analyze Wagner’s Das Rheingold and to interpret it according to design criteria. The inherently processual nature of each and every performance underscored the project’s character that was in numerous respects experimental, since the final results were indeed generally calculable but not predictable in every detail.