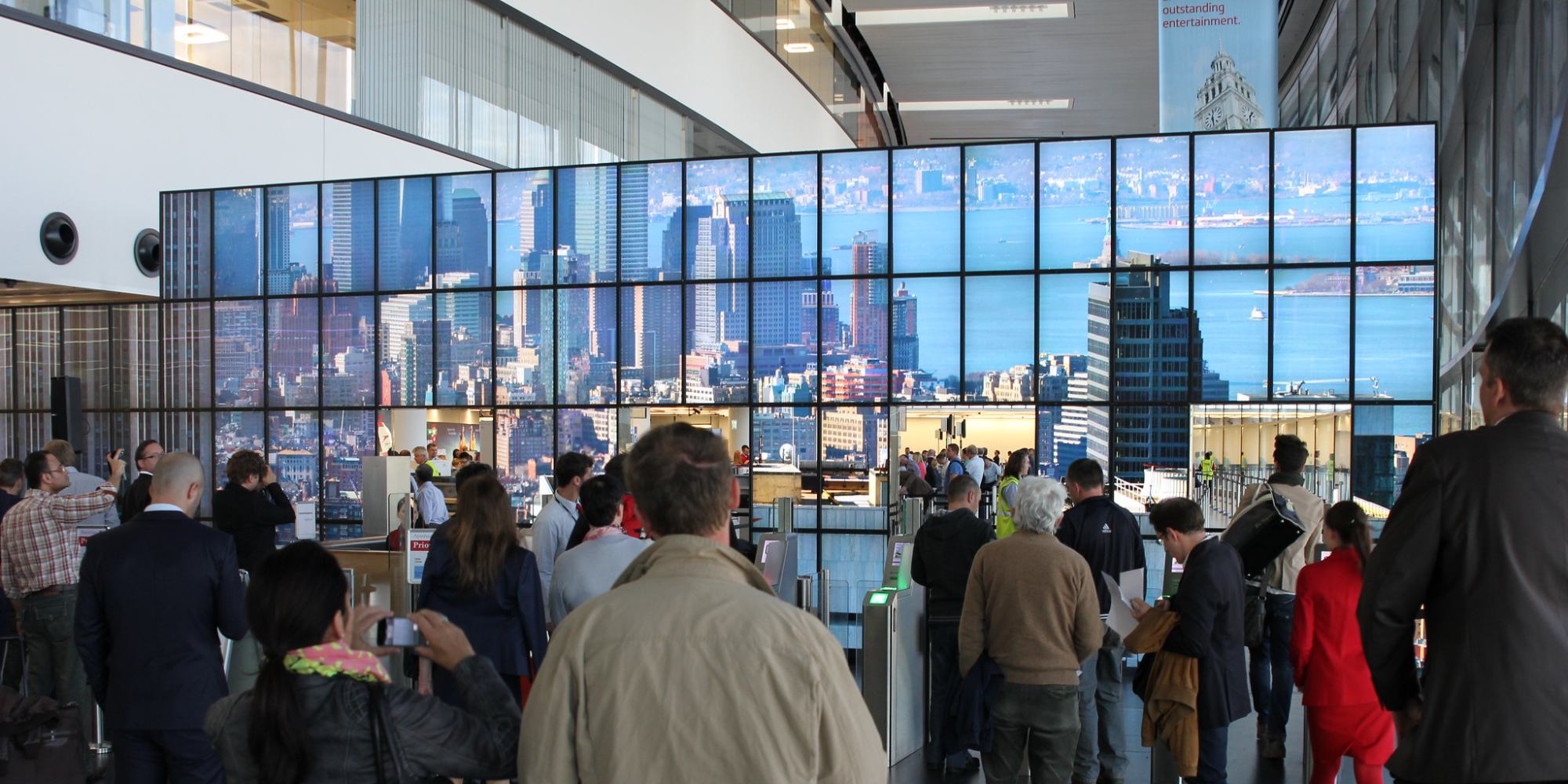 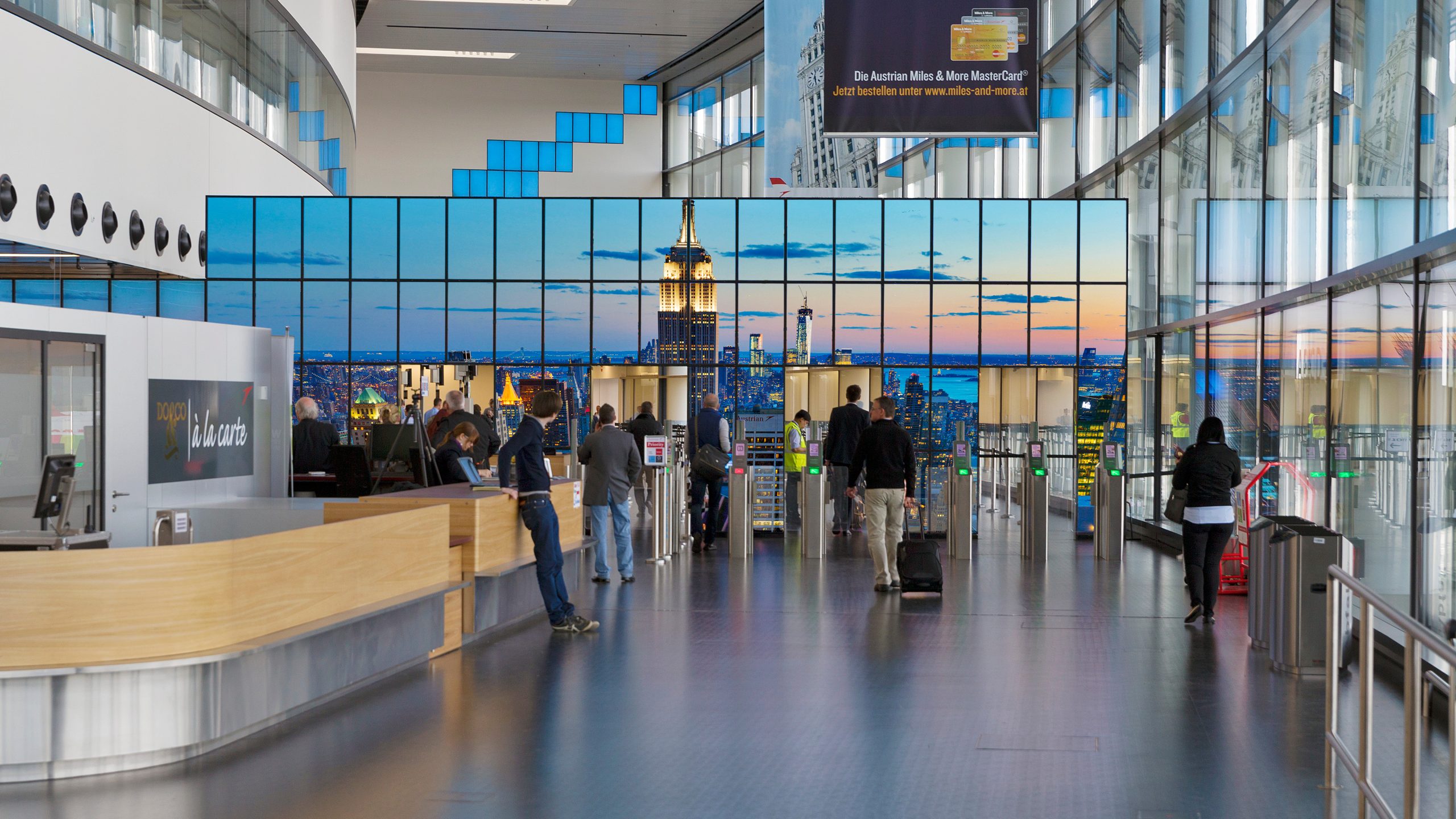 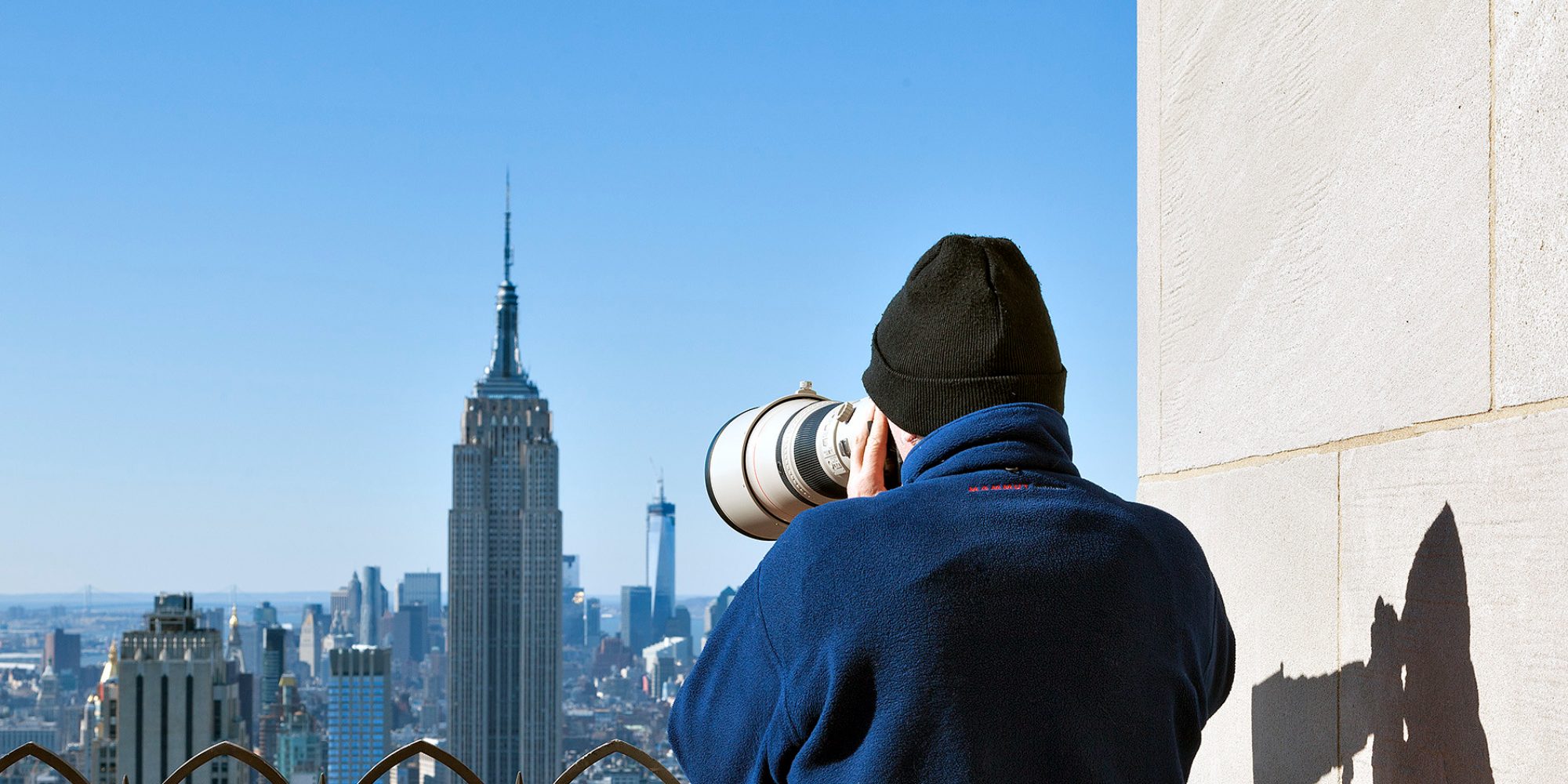 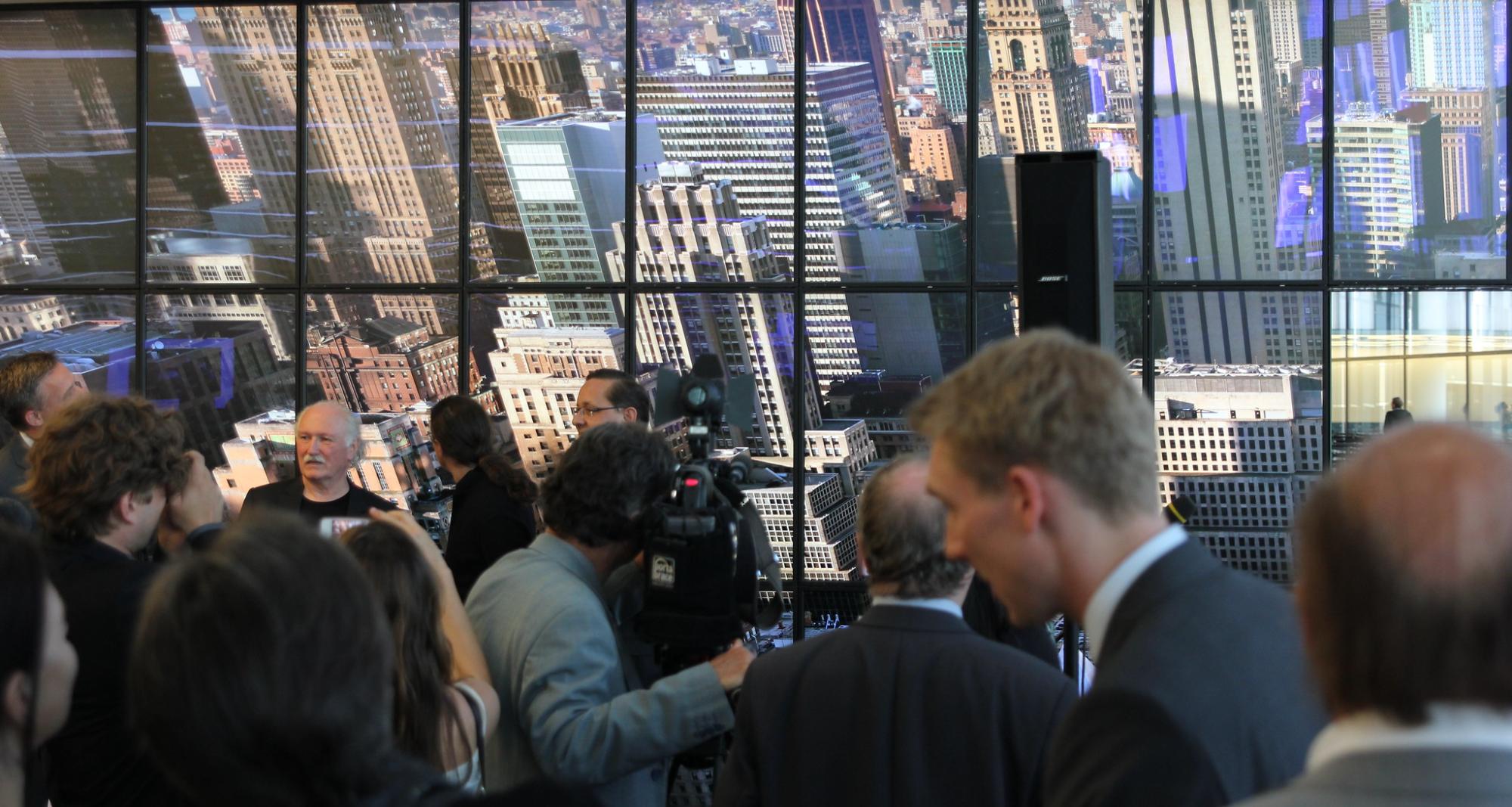 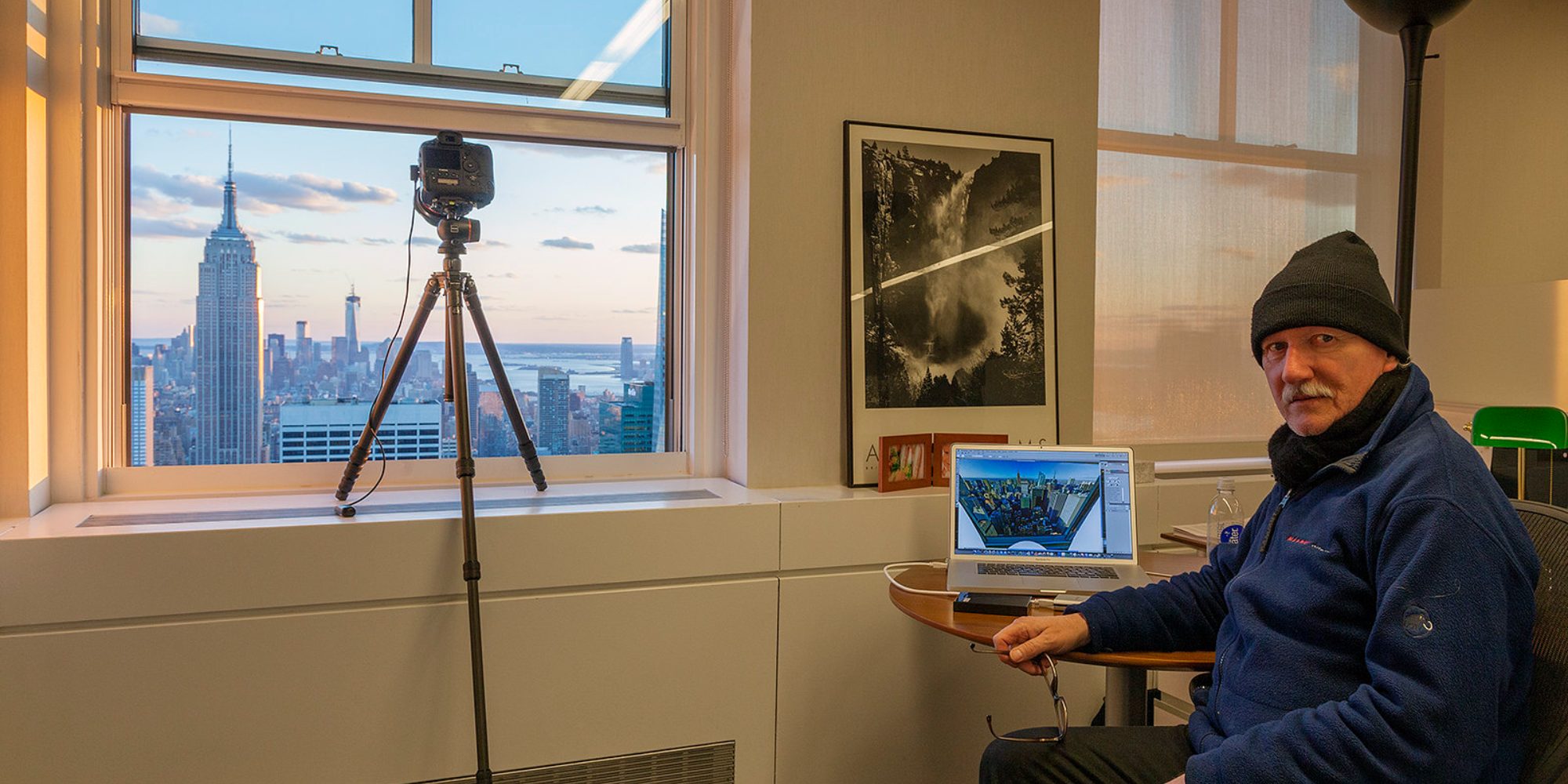 165 screens joined together in the security area of the airport terminal to form a gigantic 15-meter-wide and 9-meter-high display with a display area of more than 530 megapixels. In order to be able to show gigapixel images on this unique photo wall, 60 servers, a processing power of 720 gigahertz and software specially developed by Ars Electronica were required. The latter broke down the high-resolution images into tiny snippets, distributed them among the servers and thus made it possible to display the gigantic images without loss. It was precisely this prototypical interaction of hardware and software components that opened up unique visual impressions for passengers at Vienna Airport. Vienna Airport also marketed the technical platform as an advertising space. The images were taken by award-winning Austrian photographer Lois Lammerhuber. These shots were taken at dizzying heights, more precisely on a wind-protected balcony on the 61st floor of Rockefeller Center. Here, Lois Lammerhuber and his team found the ideal position for their photo shoot after some back and forth – beforehand, they had a window pane specially removed, but then had to realize that the warm air flowing out of the window created an optical flickering that made pin-sharp shots impossible. In the end, however, the photographers’ persistence paid off and was rewarded with unique shots. For two days, Lois Lammerhuber and his Technical Advisor Martin Ackerl shot around 2600 photos and saved more than 62 gigabytes of data. Post-processing the images took a whole week, and the pure computing time required to assemble the individual images into gigapixel images took another 22 hours.