Site areas:
Skip to content
By starting the content, you agree that data will be transmitted to youtu.be.
Data Protection Declaration

It might be hard to detect initially that the constantly changing formations in this aesthetic visualization refer to a set of data. But together with the PX Innovation Team of the telecommunication and high-technology services company Cisco Systems, which fosters global, digital collaboration, the Ars Electronica Futurelab for WebExpression has interpreted corporate data in an artistic way. Dry facts tell an interesting story worth being shared. On September 8, Futurelab Day, it premiered as part of the Night Performances in Deep Space 8K.

When we face data, we are often confronted with incredibly long lists of figures and facts that challenge human imagination. To give visibility to the global use of WebEx at Cisco, anonymized data from internal connectivity in calls and meetings was extracted from the communications platform. The intensive collaboration of the international team across all linguistic and cultural boundaries usually works invisibly. But shaped as a network of floating strings, it has been visualized by artists and researchers in the Ars Electronica Futurelab: Myriad geographic locations of the hybrid Cisco team were thus made apparent; distances and time zones were also visually bridged: The network remains dark only above the ocean. 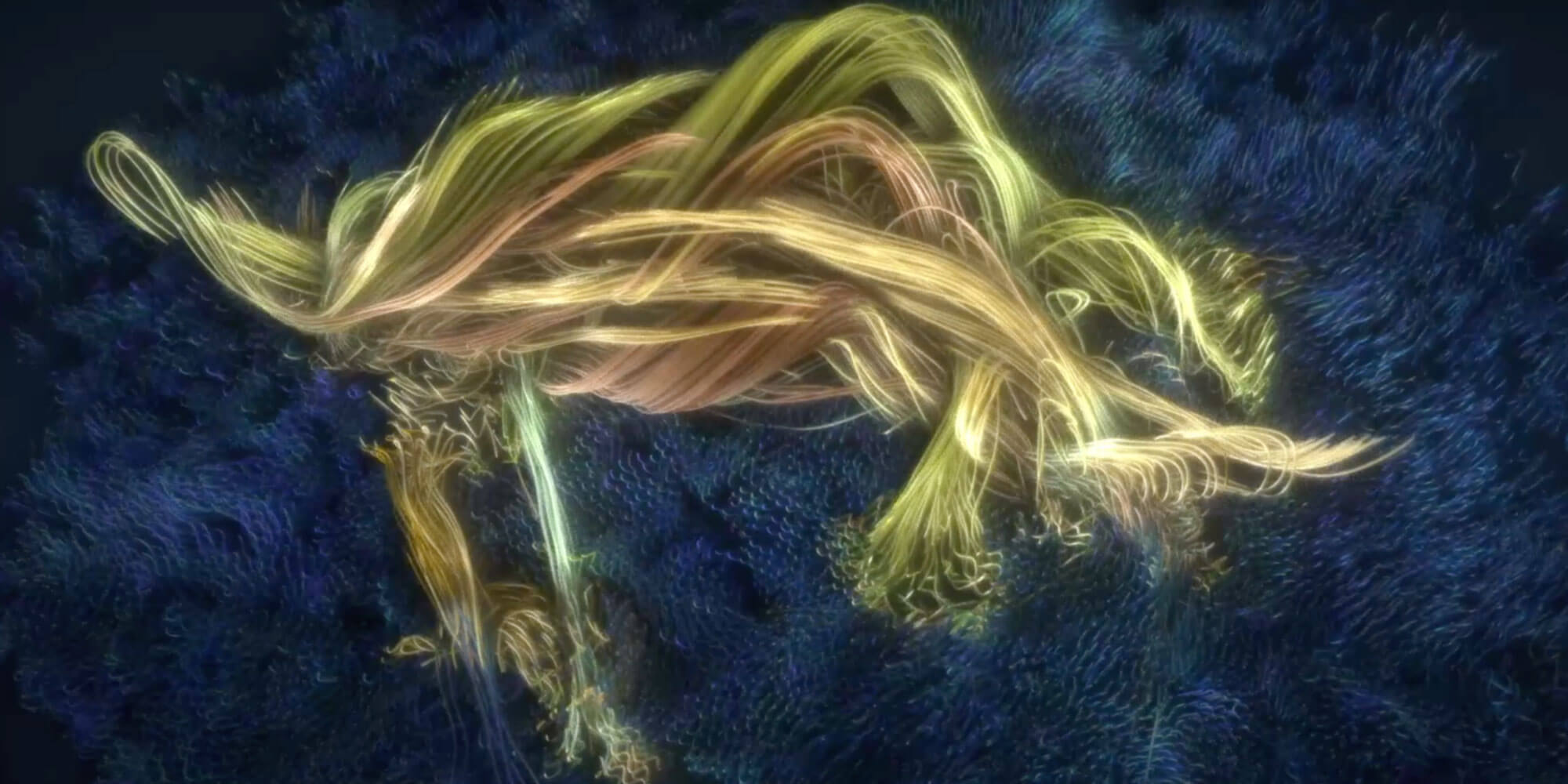 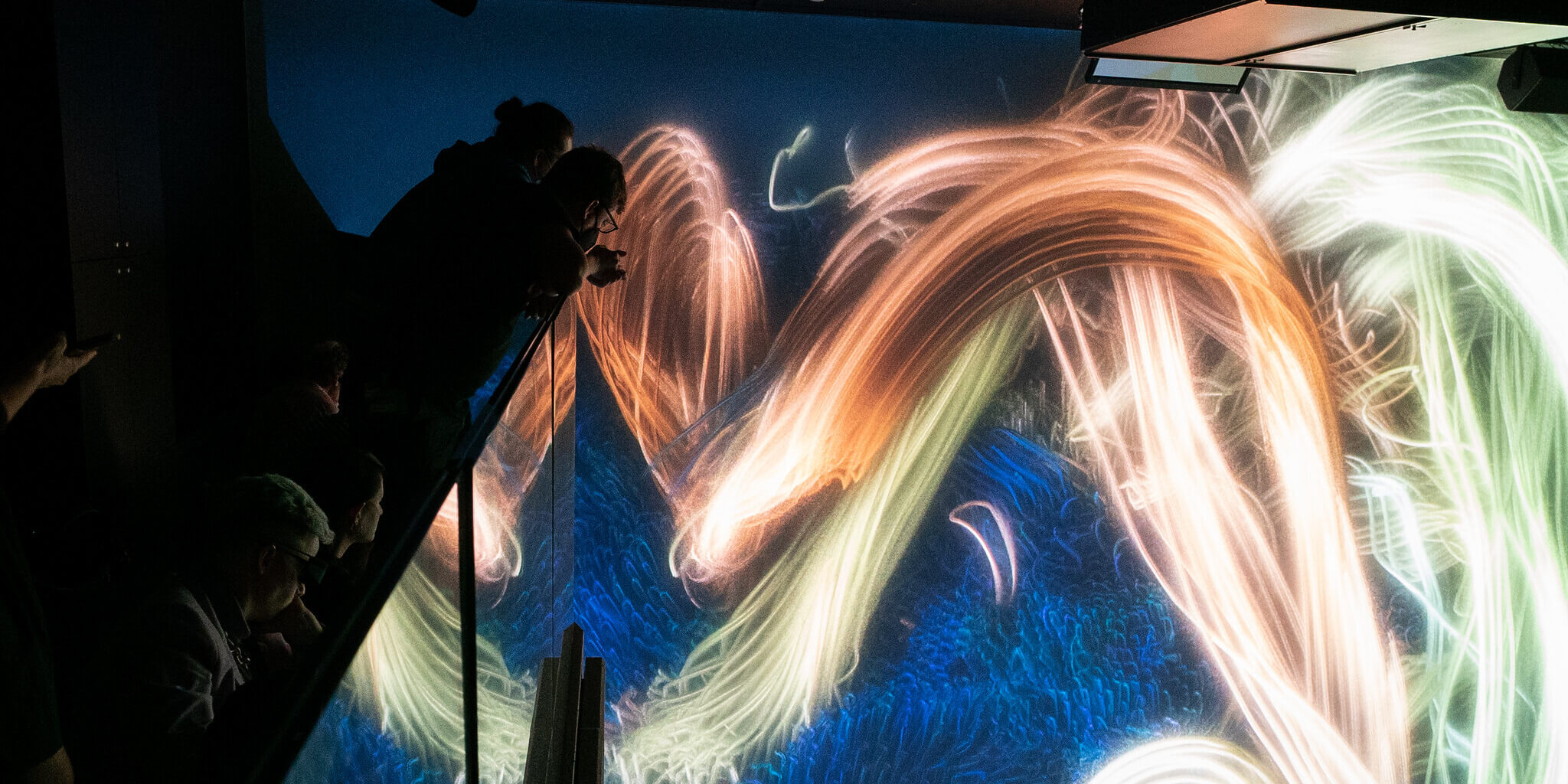 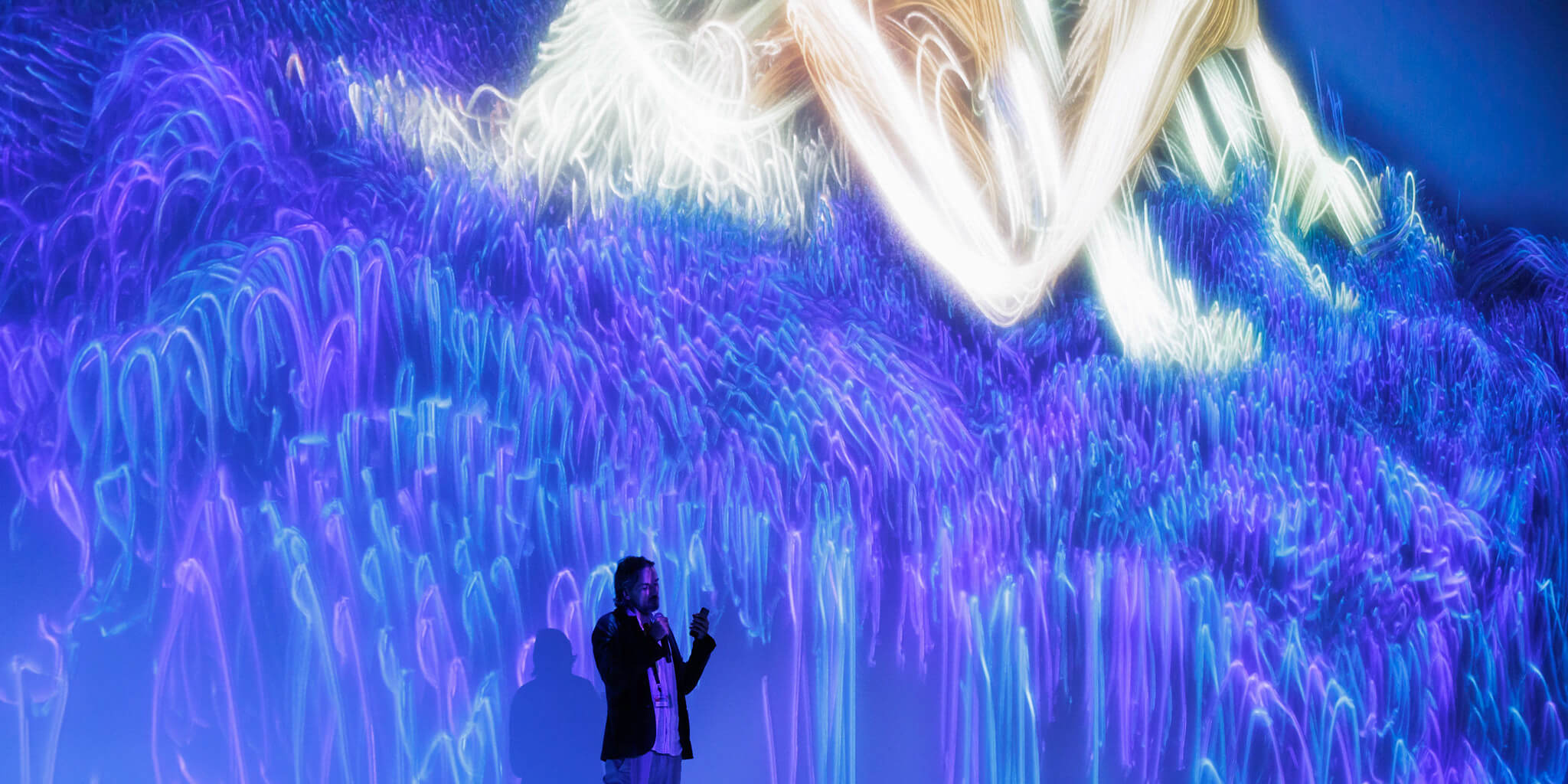 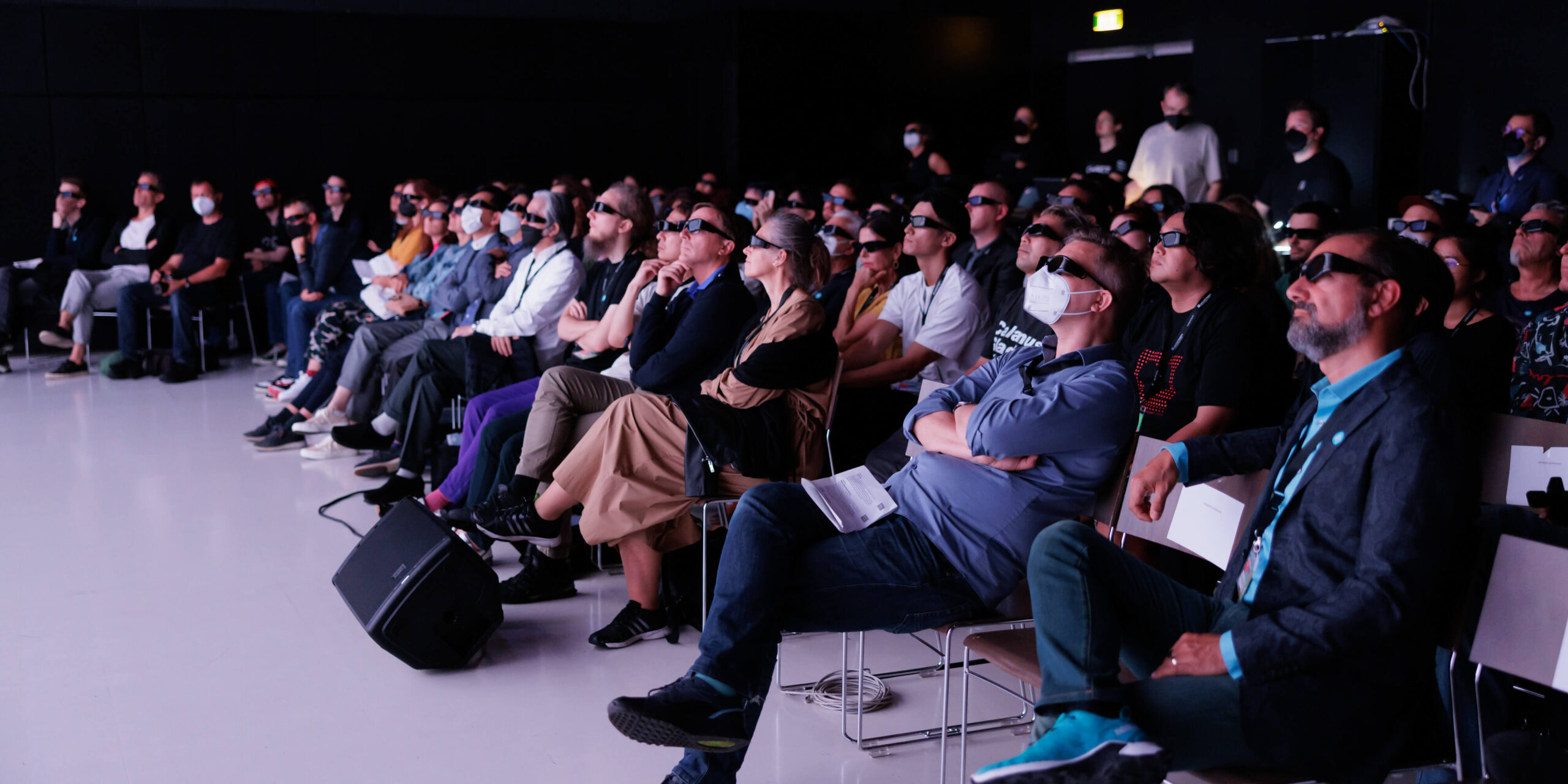 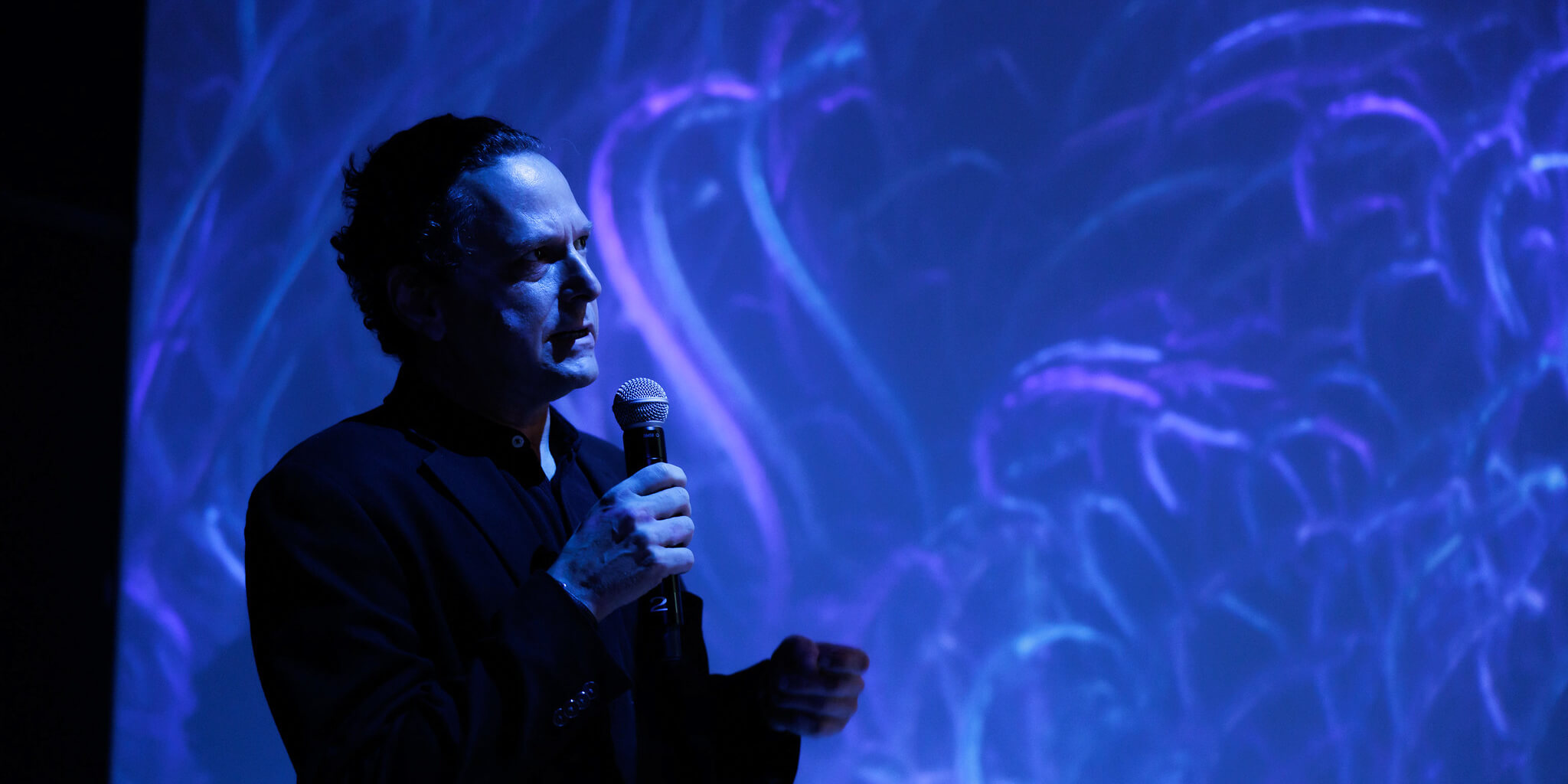 Color shades of individual curves depend on the employees’ function inside the organization, and their lengths depend on geographic distance. The intensity of interpersonal relationships is visualized by the height of the curves. Aesthetic tensions also arise from parameters such as the shifting of time. Even the musical composition, which is constantly recombined from samples, follows this idea: heights, depths and color of the sound are generated from the connectivity data, in the same way as the images. But their visualization also makes it possible to analyze the data and turn certain dynamics between users and departments into valuable meta-information that makes the connection data tangible in enriching it aesthetically. For privacy reasons, no real-time information was used. The figures are therefore based on the recent past and could serve as a glimpse into the future. With this digital communication artwork, they become the content of an audiovisual story.