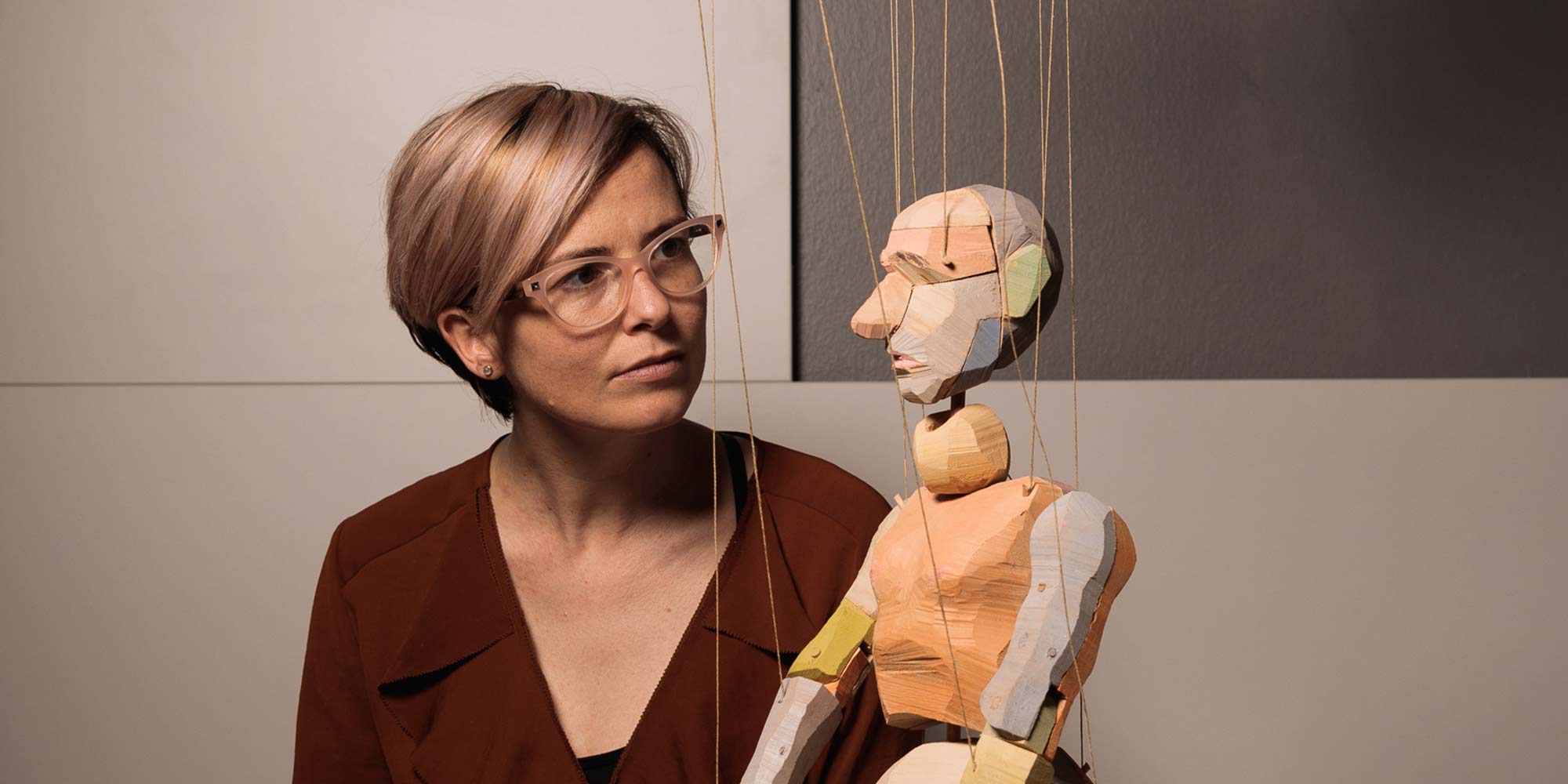 Two industrial robots play the role of two marionettes. The motions of a human puppeteer were recorded and are copied by the two robot arms. What happens when we are able to digitalize and therefore replicate highly complicated human abilities such as puppetry? Human skills serve as an inspiration for machine choreography; the delicate manipulation of the fragile marionettes meets high-tech industrial robots. The next step is for an AI to take over the puppet show, continuously creating new performances on its own.