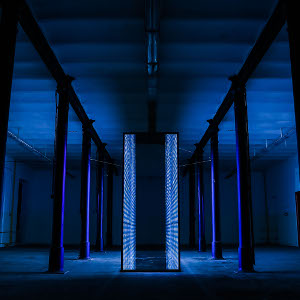 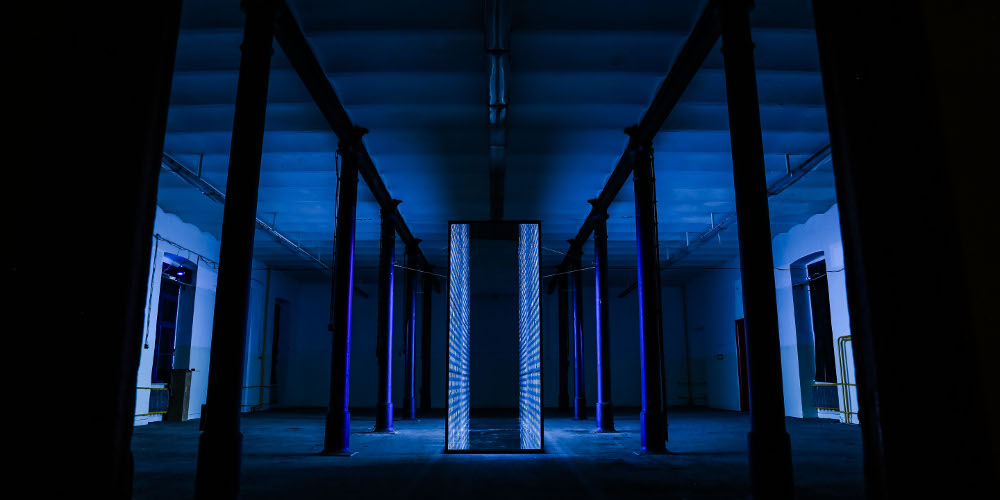 The deadline for entries in response to the Open Call by the European Digital Art and Science Network has been extended! Applicants for a residency at both the European Southern Observatory (ESO) and the Ars Electronica Futurelab have until February 16 to submit a project for consideration by the jury.

The Center for the Promotion of Science and the DIG Gallery are two of the seven members of the network of artistic and cultural institutions. In this interview, Lale Eric Dobrivoje from the Center for the Promotion of Science, Richard Kitta and Michal Murin of DIG Gallery discussed how science and art can benefit from one another and what those submitting a project to the Open Call ought to keep in mind. 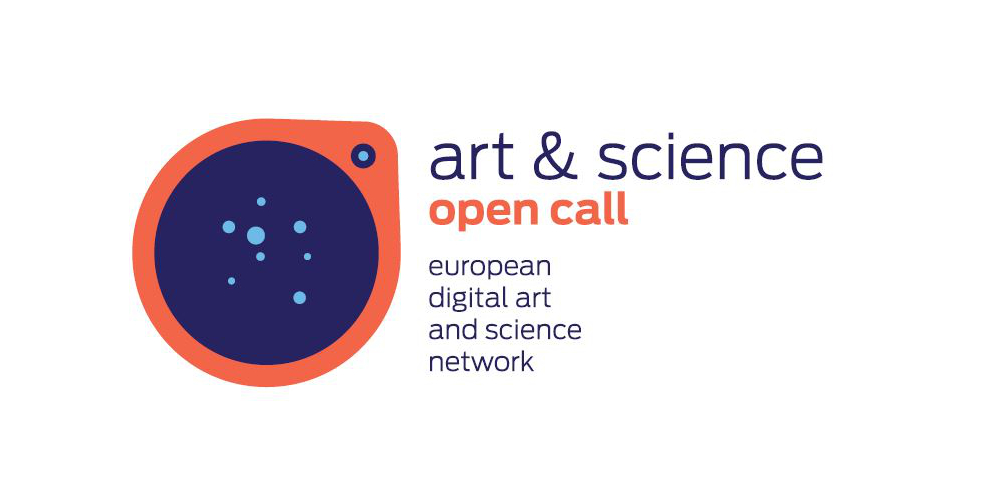 So, what do you expect from the collaboration between science and art?

Lale Eric Dobrivoje: The Center for the Promotion of Science in Belgrade, Serbia is already producing many and varied programs related to the various correlations between art and science. Two years ago, we started getting involved in the things you’re doing here at Ars Electronica. First of all, we’re completely impressed, of course, and it’s a great honor for us to be a partner in this project. Secondly, we want to learn much more from Ars Electronica—specifically, how it achieved such success and how it became what it is now. The idea behind all European projects is to develop common strategies and common activities in all European countries on a European level, and I think within this project this could really work.

Richard Kitta: We at DIG Gallery are trying to bring together scientists and artists in our local or regional area in Slovakia. The first step is communication—getting to know each other, finding out what each other is doing, and so on. But we would like to take this to the next level. So we’re searching for more specific ways in which we can bring these disciplines together. We’re thinking in terms of an interdisciplinary approach that’s more locally specific, but that might also be interesting for the countries in which this area is already highly developed. So it’s kind of a funny situation, maybe, because, on one hand, we would like to be more developed than Western countries in the area of interdisciplinary research in art, but, on the other hand, we feel that we can be kind of different and specific because we are more locally focused.

Michal Murin: Throughout our gallery—which is a private-sector institution—we would also like to start collaborating with local universities, with their art departments and art students to make possible communication between art students and students from other departments and colleges. So, we would like to hook up these students, to initiate communication between science students and art students, enabling them to create some output and bringing this output back to the gallery in the form of an exhibition so that artists as well as scientists can profit from the works. So ultimately, this will be a sort of local vortex of communication among artists and scientists. 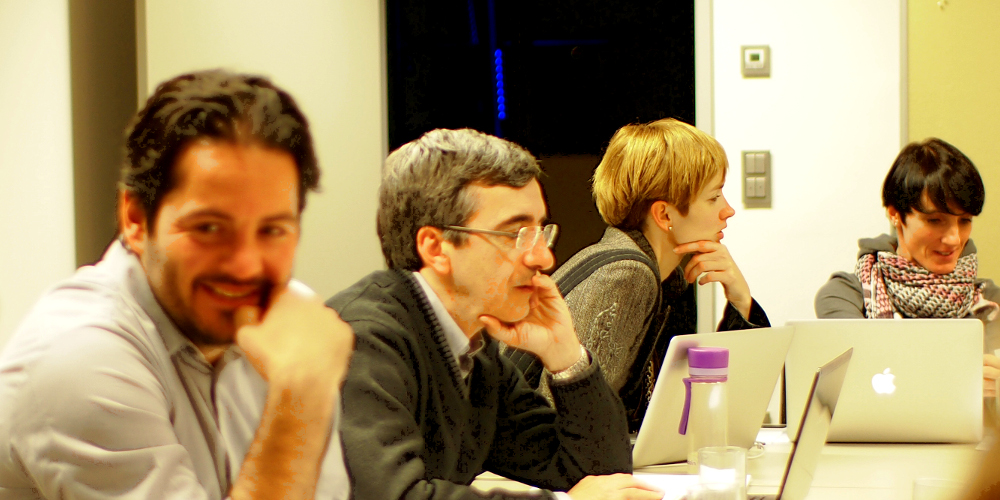 How do you think art and science can profit from each other?

Lale Eric Dobrivoje: I think the only possible solution is that both should profit. Artists could obtain—and they already have obtained—some wonderful ideas from scientists and researchers working in many fields, but those from ESO are probably among the most prominent ones at the moment. I think that artists could really create fantastic projects from that. On the other hand, I think scientists need a lot of promotion and communication, and they really need to have the people who can understand their work by different means and different mediums, and those future art projects will help them to explain what they’re doing and what the benefits are from what they hope to achieve.

Richard Kitta: I see it as a really big chance and as very useful. Michal and I come from different artistic fields, but as organizers we would like to feature this kind of model that makes it possible to bring out all these interdisciplinary views. It’s very useful and good for artists as well as for scientists, because the result is enhanced thinking about things. So I think it’s a very basic principle, why the two should be interconnected. 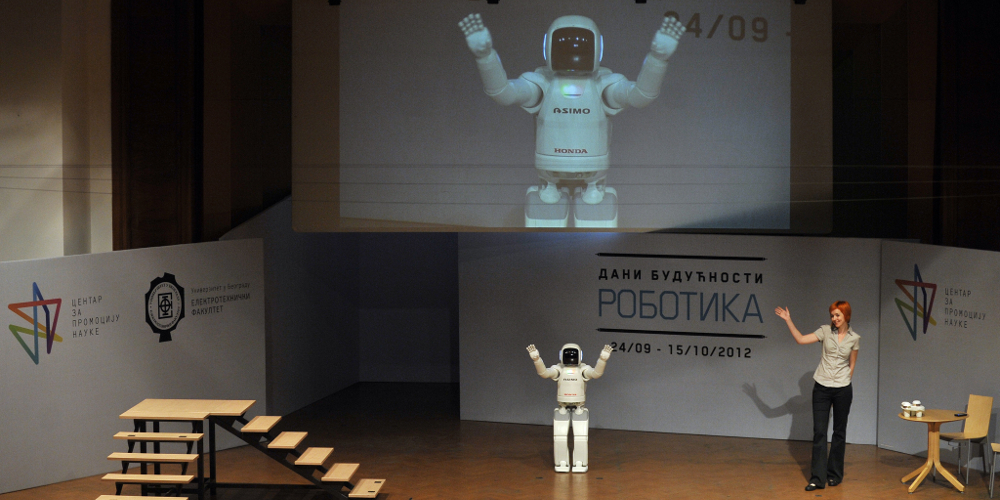 What advice would you give to artists who want to submit a project to the Open Call?

Lale Eric Dobrivoje: I think they just need to be open, to be honest with themselves, and to ask a lot of questions in this project. I would like to invite all to participate and to try to develop some ideas. It’s not necessary for them to be the chosen ones, because this is very difficult. At some point, all of them will benefit a lot of this project. The Ars Electronica Festival is one of the most famous festivals in the world, so the criteria must be in accord with the high level of quality that’s already established, and we also need new ideas in this emerging and changing world.

Michal Murin: They have to write a good application and the jury will choose the best project. It would be good if they already have experience working with scientists, because it’s a different kind of thinking. So the communication is very good if it’s on the same wavelength, because scientists always seem to regard artists as only lazy guys who don’t do anything. But there are many projects in which artists and scientists are collaborating. And the artists could really help the scientists with their unexpected ways of thinking.

Richard Kitta: I would be happy if there were some projects that are transdisciplinary. I like the unpredictable things that are spun off in the wake of some error. So I would be happy if some error would occur and maybe some very innovative models or structures will be the result, which can be helpful in another area—not only for science and art; for social activities, for example.

Lale Eric Dobrivoje holds a Masters degree from the Department of Art History, Faculty of Philosophy from the University of Belgrade. Since June 2011 he has been the Head of Exhibitions and Publishing at the Center for the Promotion of Science. His previous work places include positions such as Curator at the Museum of Science and Technology and has worked in publishing, advertising and is as well a Art History Lecturer at the Mod’Art International, Faculty for Fashion Design (Paris, France), Serbian Department. In the Center for the Promotion of Science he is the Project Manager in two EU funded projects.

Richard Kitta is an assistant professor of New Media Studio at the Faculty of Arts TU Košice as well as a multimedia artist and artistic manager. Since 2009 he is editor-in-chief of ENTER an interdisciplinary magazine. Since 2012 he is an artistic director of DIG gallery – a space for media arts presentations and alternative artistic research. Richard Kitt is mainly interested in the creation of interactive objects, screenings and environments as well as being focused on the possibilities of contemporary multimedia arts.

Michal Murin is a Bratislava-based artist who has worked accross performance, new media, conceptual and sound art. Co-founded the Balvan group, Transmusic comp., Musicsolarium cycle, Sound Off festival, Lengow & HEyeRMEarS, SNEH, and WARPS. He is an international adviser of Rosenberg museum, a director of Piano Hotel and author of the @rtzoom project. Editor of Avalanches 1990-1995 and Profil – Contemporary Art Magazine. Writes for radioART. He was lecturing sound art, intermedia, new media and performance art at the Faculty of Fine Arts in Brno. Currently he is a head of the “Digital media – IDM” studio at Intermedia and Digital Media FVU AKU at the Faculty of Fine Arts AKU Banská Bystrica, and a head of the “New media” studio at the Faculty of Art in Košice. Founded DigiVAF(ex) festival, New Media POINT, Performaction, New Media Art & Digital Art Meeting Point and IDM NET.DATA database. Co-founded DIG Gallery in 2012 and is member of Internationales Kunstler Gremium (IKG).

More information about “art & science” as well as the Open Call you will find on ars.electronica.art/artandscience

This project has been funded with support from the European Commission. This publication (communication) reflects the views only oft he author, and the Commission cannot be held responsible for any use which may be made oft he information contained therein.