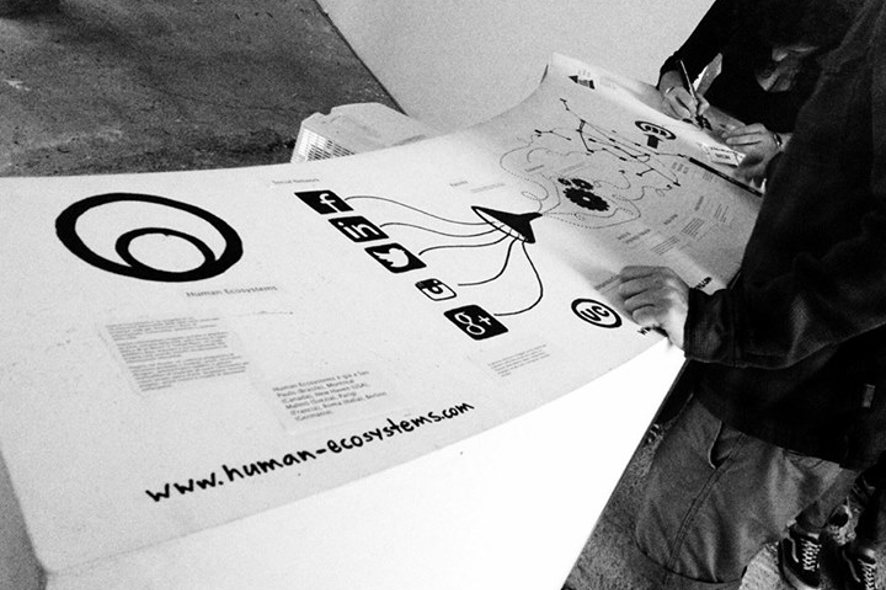 The Italian duo Oriana Persico and Salvatore Iaconesi, founders of the international network Art is Open Source (AOS), will present their project “Myriads” at 2015 Ars Electronica Festival. By combining the Human Ecosystems and Ubiquitous Commons projects, “Myriads” is a performative exploration of the ubiquitous info-scape in cities, the impact of Big Data on human life, the new boundaries of public, private, intimate spaces in the networked society, the role of margins and transgression in smart cities.

We asked the artists a few questions to better understand the project and the multiple implications layers which it brings together. 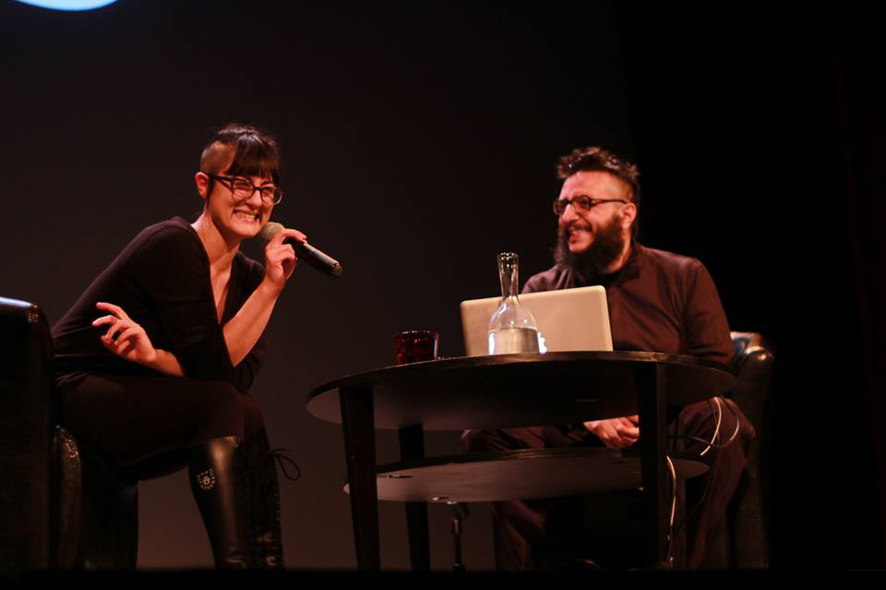 Can you please briefly describe the Human Ecosystems project?

Salvatore Iaconesi: Today we generate enormous amounts of data and information, even when we don’t realize it. We don’t benefit from all of this data, it is not available – or known – to us. For example: what information is generated about me by Facebook, or by my mobile operator, or by my hospital? How am I categorized, put into classes? We don’t know and we can’t know.

Human Ecosystems (HE) addresses this issue by capturing all sorts of data – from social networks, sensors, mobile phones, domotics, wearables and so on – and transforming it into a commons, for everyone to use and to be managed as a collectivity. 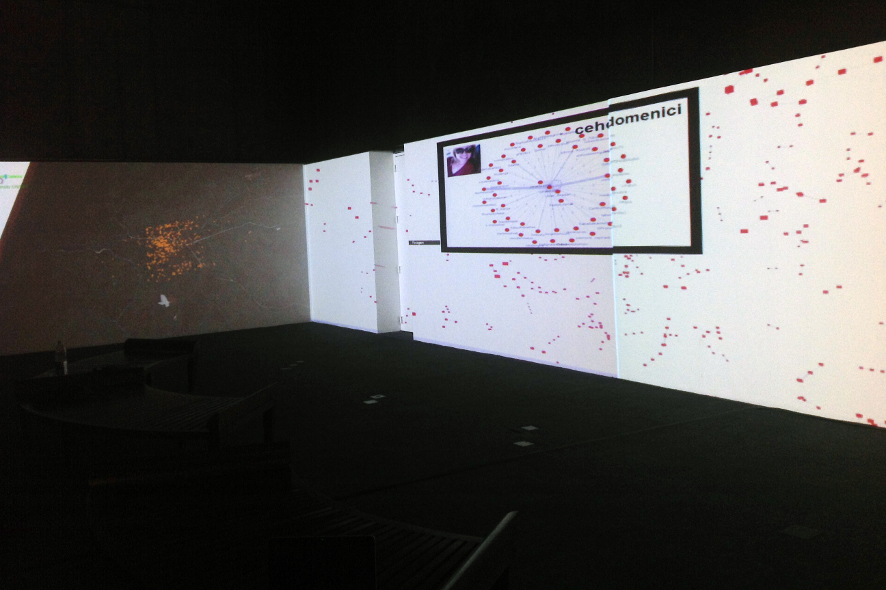 Oriana Persico: A real time museum is created in the process, in which all of this data and information is experienced, and where people can learn how to ask questions through this data, and how to use it in collaborative ways. The real-time museum is a public space in which generative arts, interactive installations and information visualizations sit side-by-side with an inclusive, wide education program, in which citizens, children, elderly, artists, designers, researchers, public administrators, professionals can learn how to make decisions together, how to organize themselves, how to understand more about territories and their culture, how to engage others in collaborative actions.

Of course, when all this information is disclosed, critical issues may arise. How do I protect myself? The education program covers a wide variety of these issues, too.

HE has already been instanced in various forms in urban settings such as Rome, Sao Paulo, New Haven, Montreal, Toronto, Berlin, Lecce, Bari, Budapest and now Linz: the capturing process already started. We may discover a lot about the city during the Ars Electronica Festival 2015 and have some surprises. 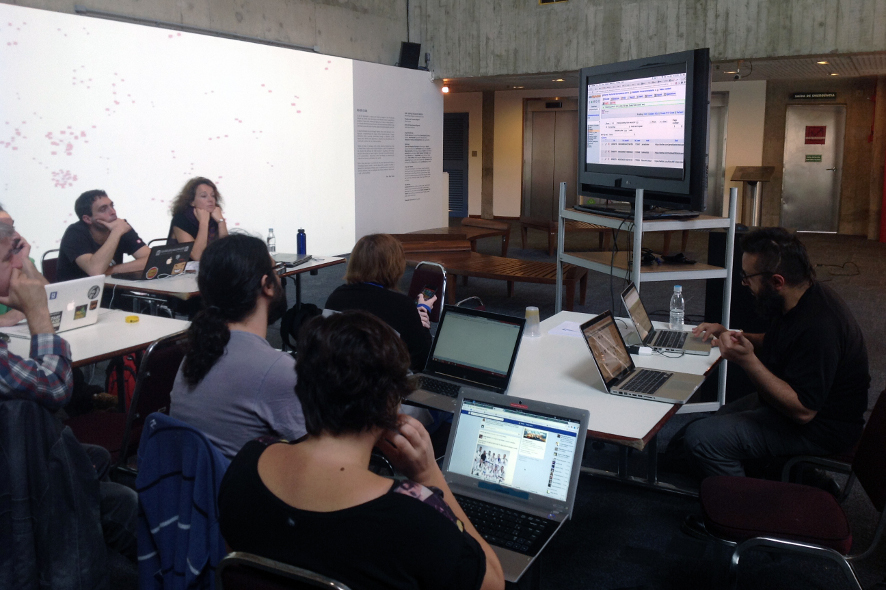 What is Ubiquitous Commons?

Oriana Persico: People, at the moment, do not have tools to express their wishes about how they wish their data to be used. It is true now, and Internet of Things scenarios further radicalize the situation. For example, I currently have no autonomous way to state that I would like to dedicate a certain part of the data and information which I generate for civic purposes, or for science, or art.

Salvatore Iaconesi: Ubiquitous Commons (UC) does just that: it is an international research effort dedicated to the production of a legal and technological toolkit which enables individuals to express how they wish their data to be used, and to create shared, participatory processes in which data, information and knowledge can be generated and accessed within a high quality, trust-based relational environment.

Oriana Persico: Initial working implementations of UC are ready for social networks and online services. Upcoming ones regard network-connected devices, Internet of Things, wearable technologies, biotech devices, and more. In Myriads we will dedicate multiple workshops to UC and its many implications. 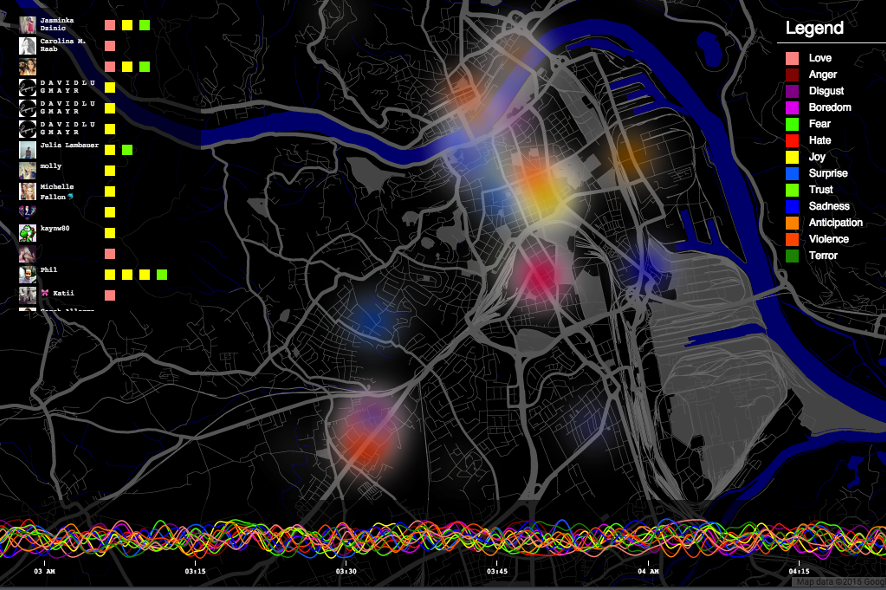 Myriads are the innumerable, the multitude, but also “the polyphonic performance of the city”, as you state. What are the new elements of the project compared to the previous ones you have realized?

Oriana Persico: Innovation does not happen in a vacuum. People constantly innovate, re-programming the world around them. They do it by constantly breaking social norms, by transgressing them.

Myriads combines the HE and UC projects to create an interactive, participatory exhibit with one main goal: explore the role of transgression in Smart Cities. Myriads of micro-histories in the city massively recombine, interfere, interact, interconnect, forming the life of the city in its continuous, mutation, innovation, transgression.

Salvatore Iaconesi: In September 2014, Architect Rem Koolhas in his talk given to the High Level Group meeting on Smart Cities critically asked Europe: “Why do smart cities offer only improvement? Where is the possibility of transgression?”

Transgression creates a level of tactical cultural biodiversity which constitutes the wealth and richness of the city. The clandestine, the unacknowledged, the unofficial find their survival – beyond crime – in the transgression of social norms and limits. Those same limits which have excluded them in the first place. They recycle trash, appropriate spaces, invent communication channels, create styles, fashions and trends. They don’t cross borders: they move on them. Moving, they innovate.

Through Myriads we want to establish a peer-to-peer ethnography of the city: a diffused participatory observation in which the myriads of public micro-histories become a commons and are performed through art, education, citizen engagement, tactical usage, starting from margins. 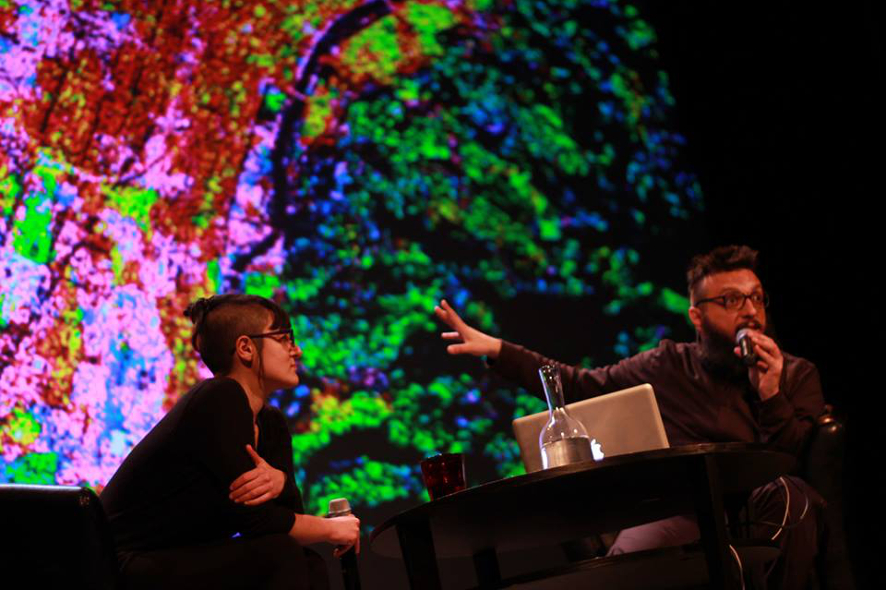 Interaction designer, robotics engineer, artist, hacker. TED Fellow 2012, Eisenhower Fellow since 2013 and Yale World Fellow 2014. He teaches Near Future Design at the Faculty of Architecture of the “La Sapienza” University of Rome and ISIA Design Florence. Founder of Art is Open Source and Human Ecosystems, Principal Investigator at Ubiquitous Commons.

Artist, cyber-ecologist, expert in participatory policies and digital inclusion. She has worked with national governments and the EU to create best practices and researches in the areas of digital rights, social and technological innovation, practices for participation and knowledge sharing. She teaches Near Future Design at ISIA Design Florence. Co-founder at Art is Open Source and Human Ecosystems, Relation and Partners Coordinator.