Levers and Buttons: The Virtual Way to the Golden Nica 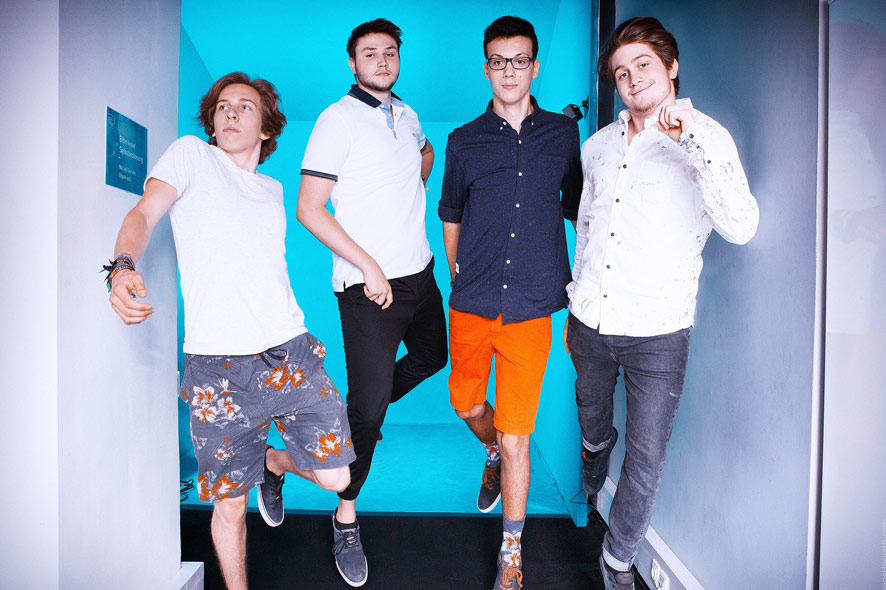 Levers and Buttons is a video game, more precisely an asymmetrical, cooperative VR puzzle for two players. While one person controls a character in two-dimensional space, the other operates in virtual reality using VR glasses and controllers. The young game developers explained the game in more detail before the u19 Ceremony, which will take place for children and young people on September 7, 2018, at 10:30 AM, at POSTCITY.

How does the game “Levers and Buttons” work? What was your goal?

Lorenz Gonsa: At “Levers and Buttons” we agreed on the game principle of a multi-player local co-op game. This is special because one player is in a VR environment and can move with a headset and controller in a room with levers and buttons, and the second player acts simultaneously on a console in front of a normal screen. Both players are stationed on a spaceship that has caught fire, and they must save it from burning out – for that to happen, they have to help each other. Through this game principle, the focus is very much on the communication between the two. They really need to communicate efficiently and a lot in order to solve this puzzle together. And of course the fun factor should not be missing either.

How did you start developing the game?

Martin Hatler: It started as a diploma project at our school, the HTL Spengergasse in Vienna, in the Game Design branch. We started with the idea of developing a game in which you don’t have to play alone, but at least in pairs. Then we decided that the two players should not play against each other but together. And then the first ideas came up, which actually always revolved around communication between the players. In the end, we decided to use Virtual Reality. The concept was then consolidated until we decided to develop a so-called asymmetric co-op VR game.

Whoever develops games has to test them extensively. How did you solve this?

Lorenz Gonsa: Of course, it is always a special task for the person playing the game to have as much fun as possible. This means that you can of course develop an incredibly detailed concept, but whether it really works and other people will really have fun with the computer game can only be said when someone else plays it. That’s why there was often the question: Does this really work now? Is this an element that encourages fun? And do both players also enjoy it? That was always a bit difficult, because you didn’t always have two people available who wanted to test it out together. In cooperation with our partner Vrei, a VR-Cafe in Vienna, we were finally able to test extensively with many different people and we were finally sure that the concept would work. 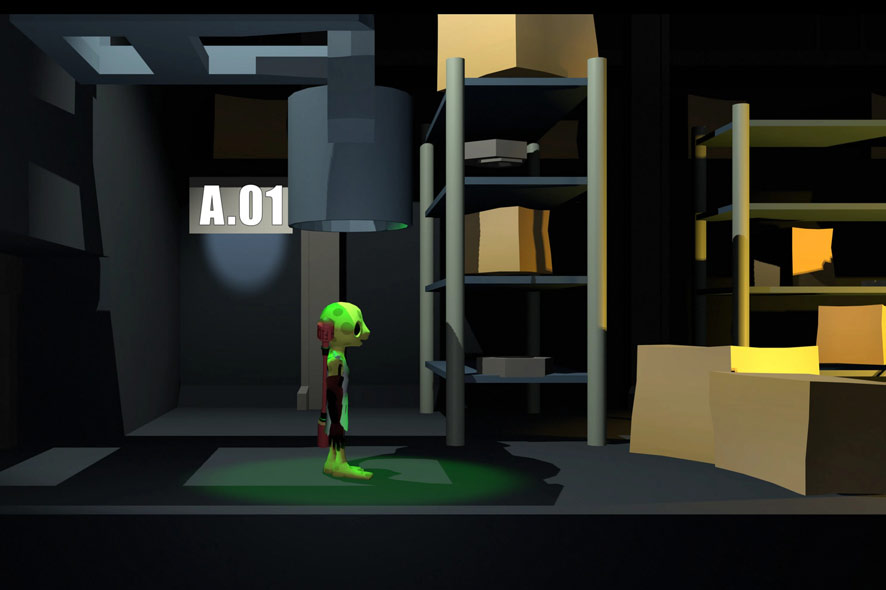 Which software did you use?

Lorenz Gonsa: We used Unity as the game engine, which works together with a rather pleasant plug-in, SteamVR. We tested with a HTC Vive. With this plug-in you can easily connect virtual reality to game development. Thus the game can be developed from the technical side almost like a normal 3-D game. And there were actually no great challenges in this respect. The biggest challenge, however, lies more on the technical design side, how the planned elements are implemented, that it all feels really smooth.

Were there any other challenges you had to face?

Vincent Thierry: Actually, it went pretty well. Of course we had problems on the way from the idea to the realization of the project. For example, the problem of sound. While one person was supplied with sound via a VR headset, the second player was so to speak soundless. We designed the game so that it would also work well in a VR cafe, where you come into in pairs and play in pairs. The complete game has to work without sound, so we introduced a news banner at the bottom of the screen, on which we transmit important news. Such small problems of this kind, which just occur during the development of a Co-Op game, we have actually always solved quite creatively. 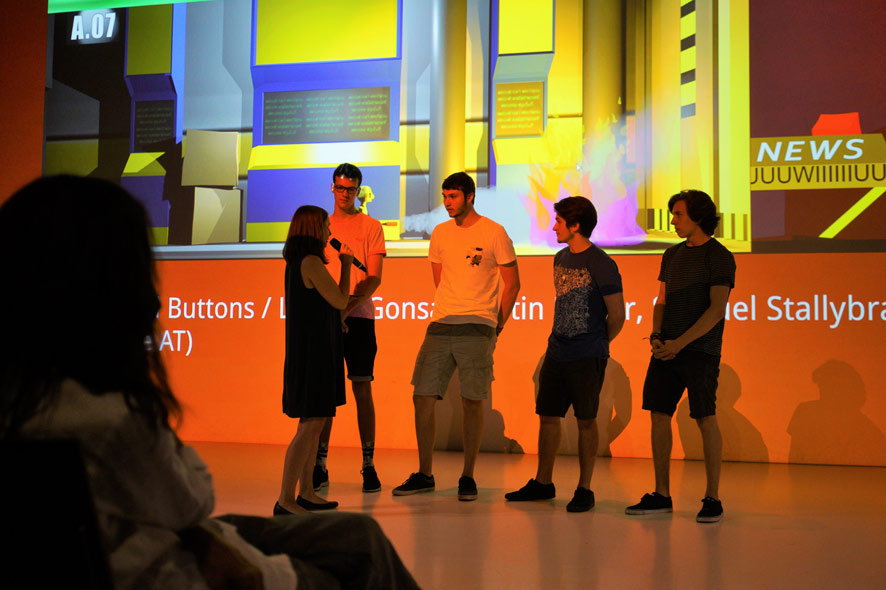 What happens next with your project?

Samuel Stallybrass: There is still a lot missing in character design, so we will certainly expand the animation even further. And the visual effects also need improvement. We will definitely keep working on it graphically. We will continue to develop and fine-tune the computer game until autumn 2018, before finally releasing it on Steam and hopefully delighting a lot of people.

If you want to meet the young developers yourself, the u19 Ceremony during the Ars Electronica Festival 2018 at POSTCITY, on September 7, 2018, 10:30 a.m., is the best opportunity to do so. Of course, the entire u19 – CREATE YOUR WORLD area is also dedicated to the innovative ideas of our young generation. Admission to u19 – CREATE YOUR WORLD is free!