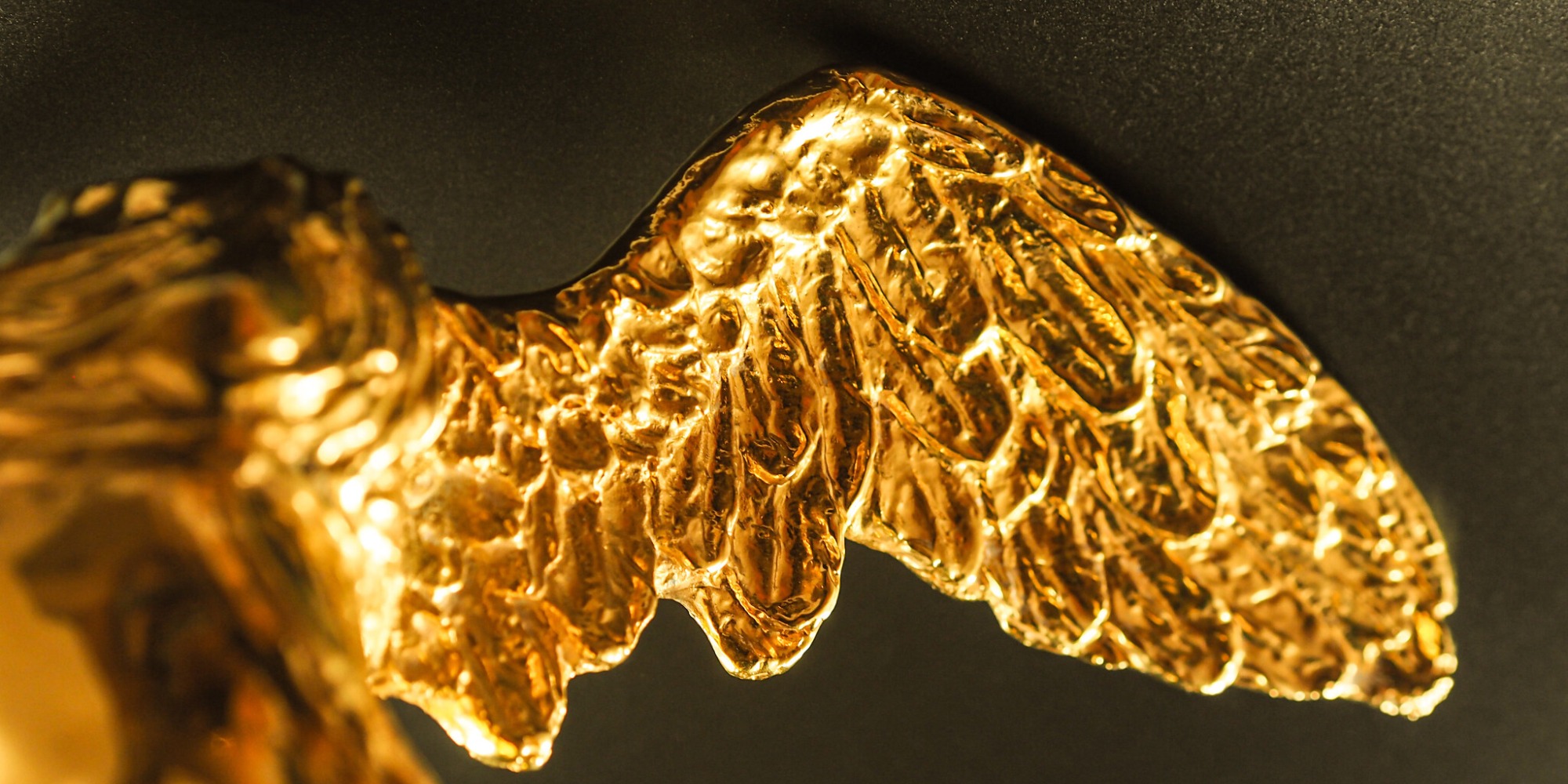 New year, new chance! The coveted Golden Nica, prize money of up to 10,000 euros per category and a prominent appearance at the Ars Electronica Festival in Linz – all this awaits the winners of the Prix Ars Electronica 2022. Creatives from all over the world have until March 2 to submit their projects in four different categories: “Computer Animation“, “Digital Communities“, “Interactive Art +” and “u19 – create your world“. Joining them this time are the Ars Electronica Award for Digital Humanity and the Klasse! Lernen., which are being offered in cooperation with OeAD and BMBWF.

How it all began

The Prix Ars Electronica was initiated in 1987 by Ars Electronica co-founders Hannes Leopoldseder and Christine Schöpf. The goal was to show that the computer has since become one of the most important resources in the hands of creative people and to understand computer art in the overall context of computer culture. The categories of the first hour were called “computer graphics”, “computer animation” and “computer music”, for which artists* from all over the world could submit. Since its inception, the Prix has been a radar for the latest developments in art, technology and society. In 1990, the competition was expanded to include the category “Interactive Art,” which dealt with interactive works. In 1998, the Prix Ars Electronica was expanded to include another category aimed exclusively at children and young people. What is now called “u19 – create your world” was known in its birth as “Cybergeneration u19 – freestyle computing.” In 2004, the categories “Digital Communities” and [the next idea] voestalpine Art and Technology Grant were announced for the first time, followed in 2007 by Hybrid Art. In 2014, the Prix Ars Electronica came up with the next innovation: For the first time, a Golden Nica is now also awarded for the Visionary Pioneers of Media Art. Finally, in 2019, the category “Artificial Intelligence & Life Art” followed as the latest addition. Since then, the categories “Artificial Intelligence & Life Art” and “Digital Musics & Sound Art” as well as “Interactive Art” and “Digital Communities” have been awarded alternately every two years.

The Computer Animation category has been a part of the Prix Ars Electronica since its inception, and its evolution is a testament to the ongoing power and dynamism inherent in the works submitted. It honors outstanding achievements in independent works of art and science as well as in high-end commercial productions in the film, advertising and entertainment industries. In this category, artistic originality counts as much as excellent technical achievement. In recent years, computer animation has become a driving force for many new fields that go beyond the screen, both artistically and technically. To recognize this important role, the category jurors are once again looking forward to exciting experiments and promising approaches based on expanded interpretations of computer animation.

In 2021, Chinese artist Guangli Liu won the Golden Nica in the Computer Animation category with his film “When the sea sends forth a forest“. With “When the sea sends forth a forest,” Guangli Liu addresses the forgotten history of the Chinese community in Cambodia, which was persecuted, displaced, and killed by the Khmer Rouge, and abandoned by China in the process. Given the lack of historical footage from the country, which was completely sealed off from the outside world at the time, Guangli Liu uses two very contradictory sources: on the one hand, the regime’s propaganda videos and, on the other, the horror images that were disseminated throughout the world after its fall. Guangli Liu virtuously interweaves the old footage with 3D representations from a game engine to create a unique visual story.

The Digital Communities category focuses on the wide-ranging field of artistic and social projects and activities aimed at social benefit, community building and support, and the promotion of an open and inclusive civil society. Projects that address social, cultural, environmental, educational and political issues of modern society; active engagements with cultural diversity, gender equality, citizen empowerment; projects that defend and support democracy, human rights and freedom of expression; initiatives that develop and promote ideas and infrastructures for an inclusive and sustainable society with an innovative and artistic approach. The jurors will pay special attention to the relevance, appropriateness and openness of the activities. Entries in this category should serve as role models and sources of inspiration, encouragement and empowerment.

In 2020, the Golden Nica was awarded for the first time to an anonymous group: the citizens of Hong Kong who organized the pro-democracy protests of 2019. “Be Water” is the name of the protest movement’s project, whose name comes from a quote by martial artist and actor Bruce Lee and means something like being formless and able to adapt to any situation. The color of the protest movement and thus also of the winning project is yellow, and not by chance: yellow is the color of the freedom movement in Hong Kong.

The category Interactive Art + deals with interactive works of any kind and any format, from installations to performances and net projects. The focus is on the artistic quality in the development and design of the interaction as well as a coherent dialogue between the content level and the interaction principles and interfaces used. Of particular interest are relevant projects with an explicit socio-political agenda, works that represent remarkable technological or scientific achievements, and works with a strong interest in expanding the scope of human action and agency. Other key criteria include innovation as well as uniqueness of the work submitted. In response to the increasing diversity of artistic works and methods, a “+” has been added to the name of this category. This is to signify that the category is open to new experimentation and expanded interpretations of interactive art.

Lauren Lee McCarthy won the 2020 Golden Nica in the Interactive Art + category for her project SOMEONE. In this installation, visitors were invited to act as a human version of an Amazon Alexa. For the exhibition, the homes of four participants* were equipped with custom-made smart devices: cameras, microphones, switches, lights and other devices. The command center, a cross between a call center and a WeWork coworking space centered around four computer workstations, was located in the exhibition itself. Via the laptops, visitors* could look into the four apartments, watch over them and remotely control the devices inside.

In the Prix Ars Electronica’s u19 – create your world category, children and young people up to the age of 19 (who reside in Austria) have the opportunity to realize and present their ideas about the world of tomorrow. Clarity was yesterday, chaos is today, but what about tomorrow? Use the uncertainty of time, let your creative energy run free and deal artistically or critically with your current ideas about the future. Simple becomes multiple, colorless becomes colorful, rigid becomes flexible. We are looking forward to your ideas and thoughts!

Last year, the Golden Nica in this category went to the re-wire project by Felix Senk, Emil Steixner and Max-Jakob Beer. They built a modular synthesizer from electronic scrap and found materials. They recorded the sounds for it themselves, partly during the creation of the object, for example when sawing the boards. So it is an instrument whose sounds come from its own creation. The three artists edited the sounds, used free software for a micro-controller and transformed the XLR cables to make it an interface for the synthesizer. The result is an instrument that not only takes an incredible amount of work, research and sound tinkering, but can also be used to create a distinctive sound. It combines the ecological idea of upcycling with the desire to create something real.

The Ars Electronica Award for Digital Humanity equally emphasizes the humanity and humanism that must govern the development of new technologies. The award honors projects and artworks that inspire a fundamental rethinking of our current approach to technology: it’s time to shed our role as mere data-generating machines and actively participate in shaping our digital future. The Digital Humanity Award focuses on artistic projects that address social, cultural and humanitarian issues in our digital society. It highlights outstanding examples of collaborative practices between individuals from different disciplines and backgrounds. The jury members pay particular attention to artistic projects that go beyond mere reflection on the impact of new technologies and actively create new pathways, prototypes and role models towards a new digital humanism.

Last year’s inaugural Ars Electronica Award for Digital Humanity went to the online magazine Branch, written by and for people who dream of a sustainable and equitable Internet for all. At the 2021 Ars Electronica Festival, Branch magazine organized the theme conference and presented its work as part of the theme exhibition.

This year’s inaugural Klasse! Lernen. education prize, which was awarded for the first time this year, is aimed at teachers and students who see the transformation to a new digitalized education as a challenge for the development of new ideas and projects. The aim is to promote the creative, innovative and sustainable use of digital tools in the classroom. Future school lessons pose many new challenges for teachers and students, but also offer enormous potential for joint further development. The sustainable anchoring and multi-layered use of new technologies in daily school lessons is one of the main criteria of the competition.

All information about participation and the categories can be found here.