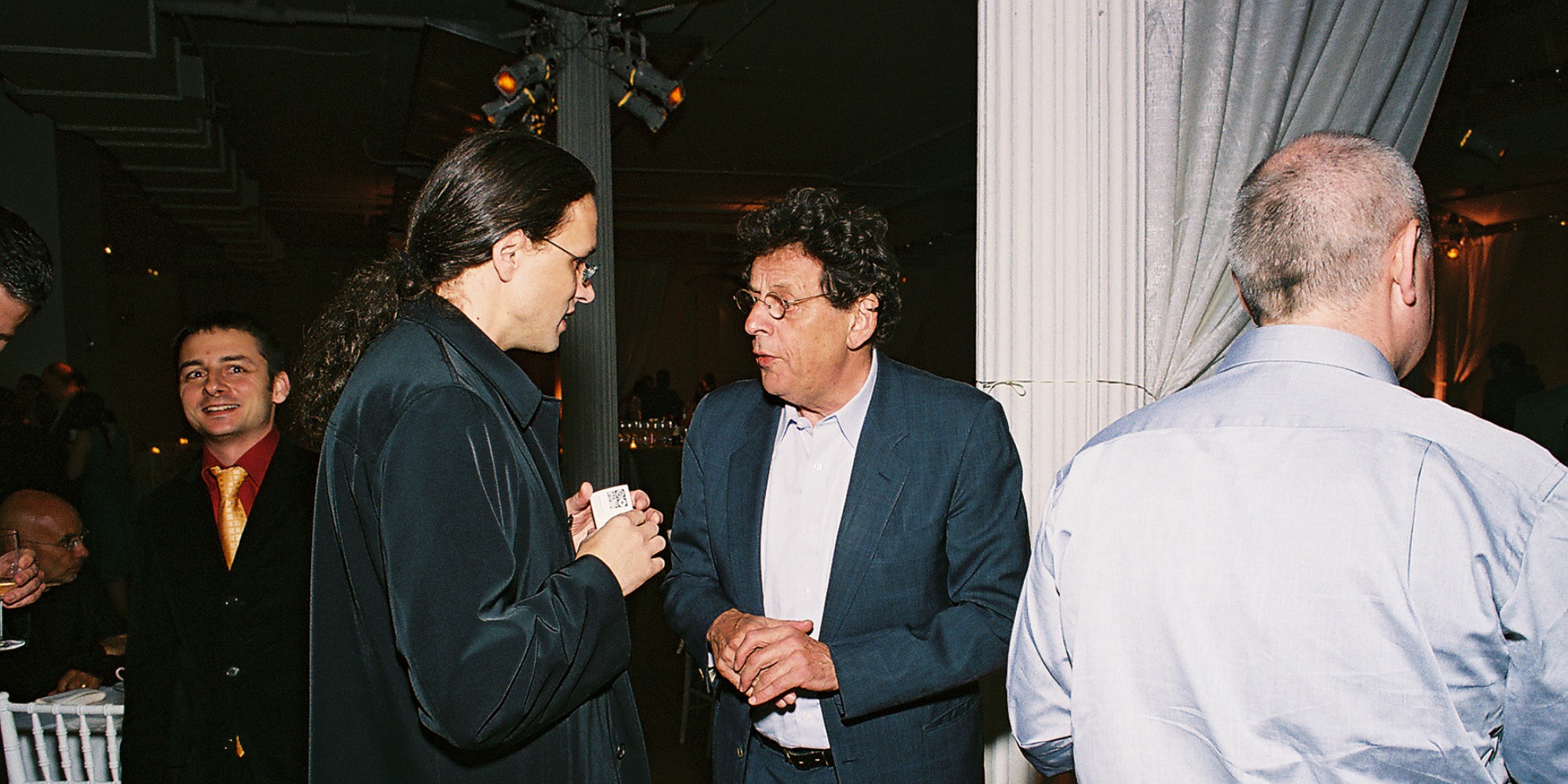 The American Philip Glass is one of the most important composers of the present day and has helped shape the “minimal music” movement. Works such as Glassworks, Einstein On The Beach and the film music for The Hours or Kundun have made him known far beyond the borders of the classical music scene. On January 31, the Baltimore-born pianist and composer celebrates his 85th birthday. To mark the occasion, we look back at the many times Philip Glass’ music made us dream with its magical repetitions and pulsating triads.

The first time Philip Glass came into contact with Ars Electroncia was as early as 1998 in the course of the Prix Ars Electronica. Monsters of Grace, a multimedia opera in 13 short acts directed by Robert Wilson, with music by Philip Glass, performed by the Philip Glass Ensemble, received an Honorary Mention in the Computer Animation category. Just a few years later, on the occasion of Philip Glass’ 65th birthday, Symphony No. 6 – Plutionian Ode was jointly commissioned by Carnegie Hall and the Brucknerhaus Linz. Based on the poem Plutonian Ode by Allen Ginsberg, it was performed during the Linz Klangwolke in 2002. The symphony’s three movements follow the three parts of the poem – the first movement a passionate outcry against nuclear contamination and pollution, the second a turn toward healing, and the last movement an epiphany achieved through personal transformation.

From the big stage …

As part of the 2012 Ars Electronica Festival, Japanese pianist Maki Namekawa performed compositions by three visionary composers, musically celebrating the 60th birthday of Ryuichi Sakamoto (JP), the 75th birthday of Philip Glass (US), and remembering John Cage (US), who would have celebrated his centennial in 2012.

The work Four Movements for Two Pianos was written especially by Philip Glass for Dennis Russell Davies and Maki Namekawa. In 2014, the piece was presented in the course of the Ars Electronica Festival’s grand concert night C… what it takes to change. The piano duo was accompanied by real-time music visualizations created by media artist Cori O’lan.

Ars Electronica 2019 bid farewell with an Austrian premiere on the last day of the festival: pianist Maki Namekawa performed Philip Glass’s first piano sonata, which he dedicated to her personally. The piece was a joint commission by the Ruhr Piano Festival, the Philharmonie de Paris and Ars Electronica.

… into the Piano Room

With his autobiographical novel Confessions of a Mask, Yukio Mishima became an overnight star on the Japanese literary scene at the age of 24. Philip Glass’s beautiful and evocative music, composed in 1985, closely follows the structure of Paul Schrader’s biographical film Mishima – A Life in Four Chapters, but the music still stands strongly on its own. Maki Namekawa asked his longtime collaborator, conductor and pianist Michael Riesman, to create a piano version of this beautiful score and recorded it in 2018. In the spring of 2021, Maki Namekawa will present the piece at the Ars Electronica Center’s Deep Space 8K.