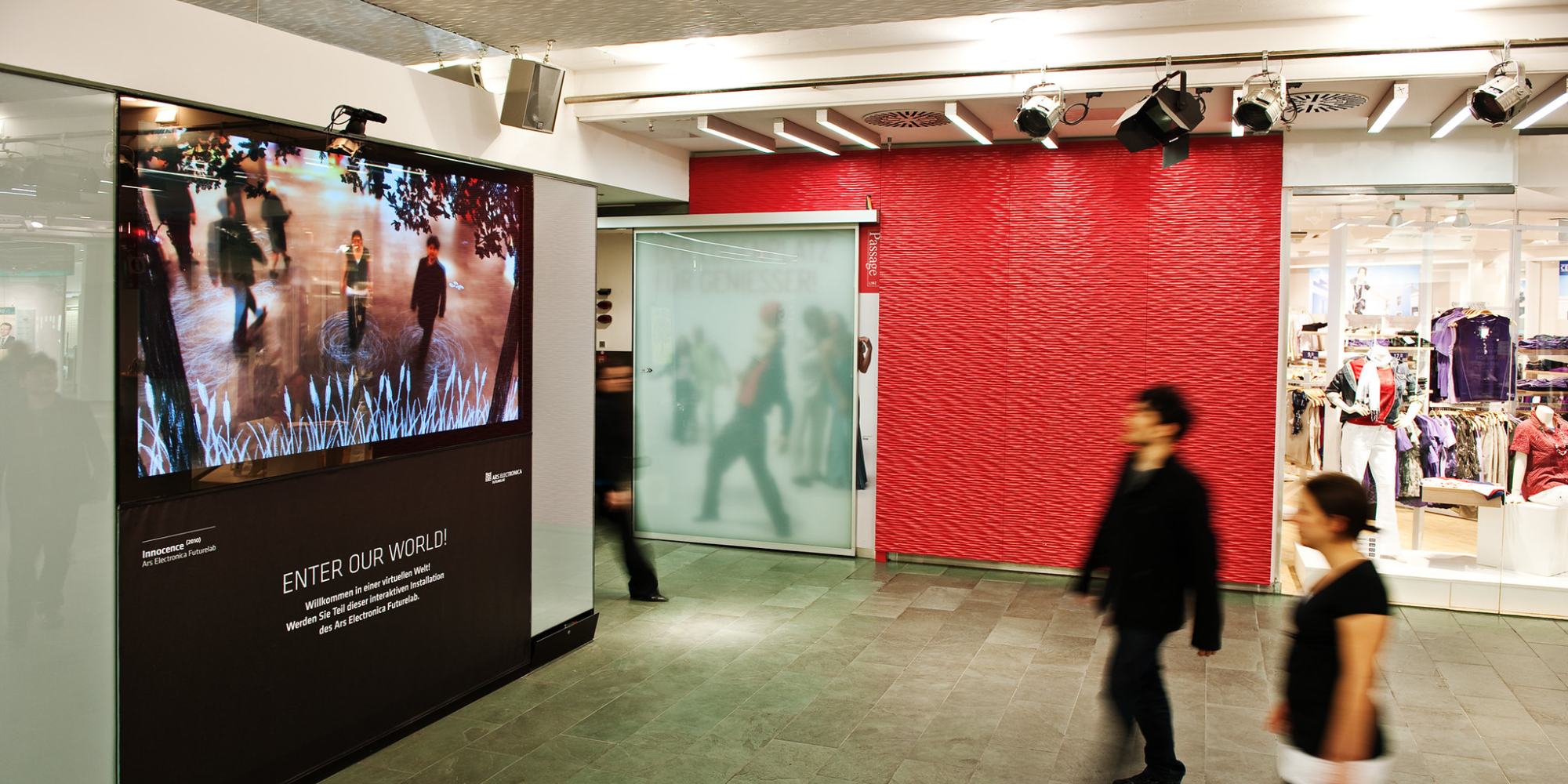 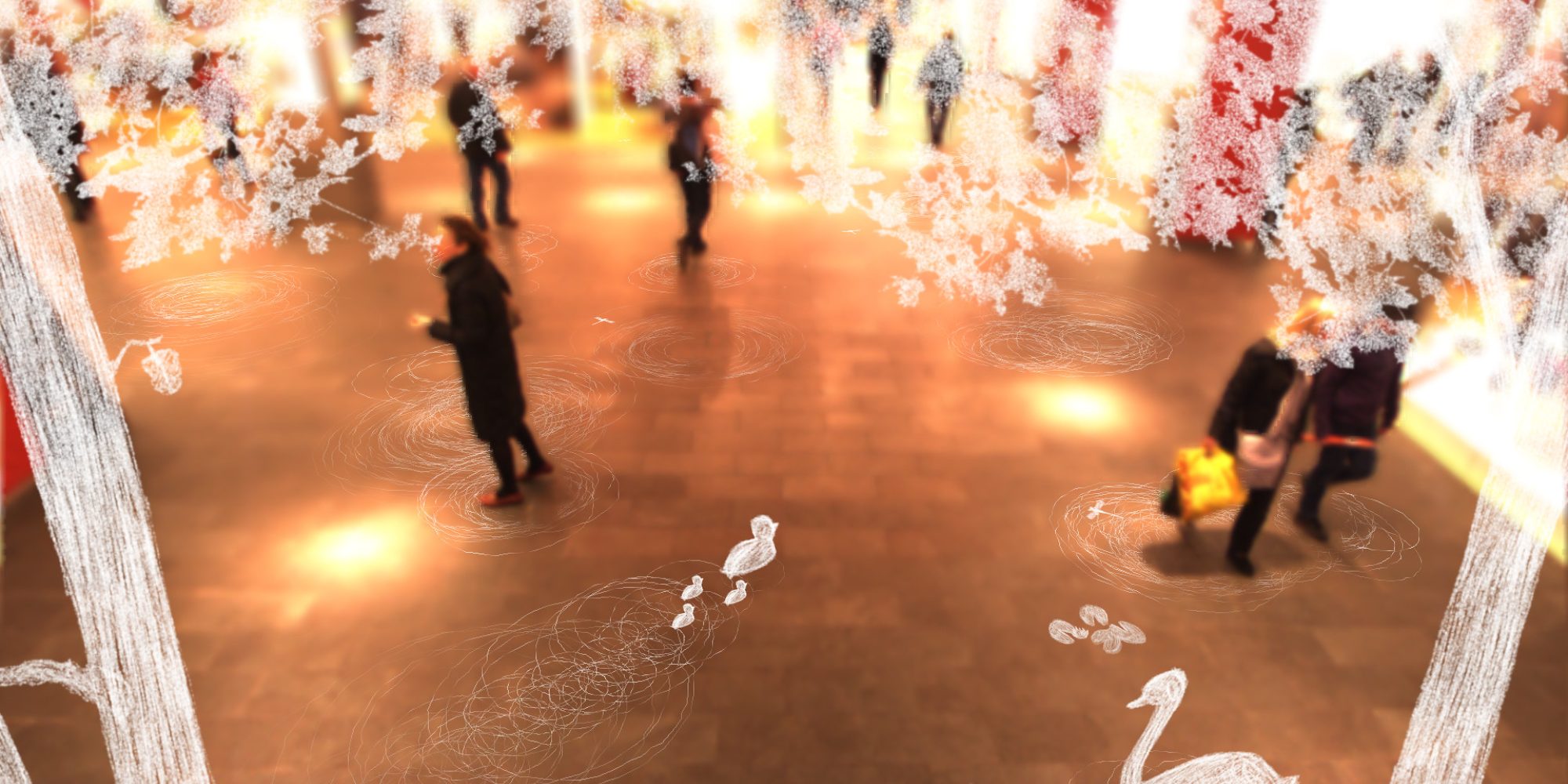 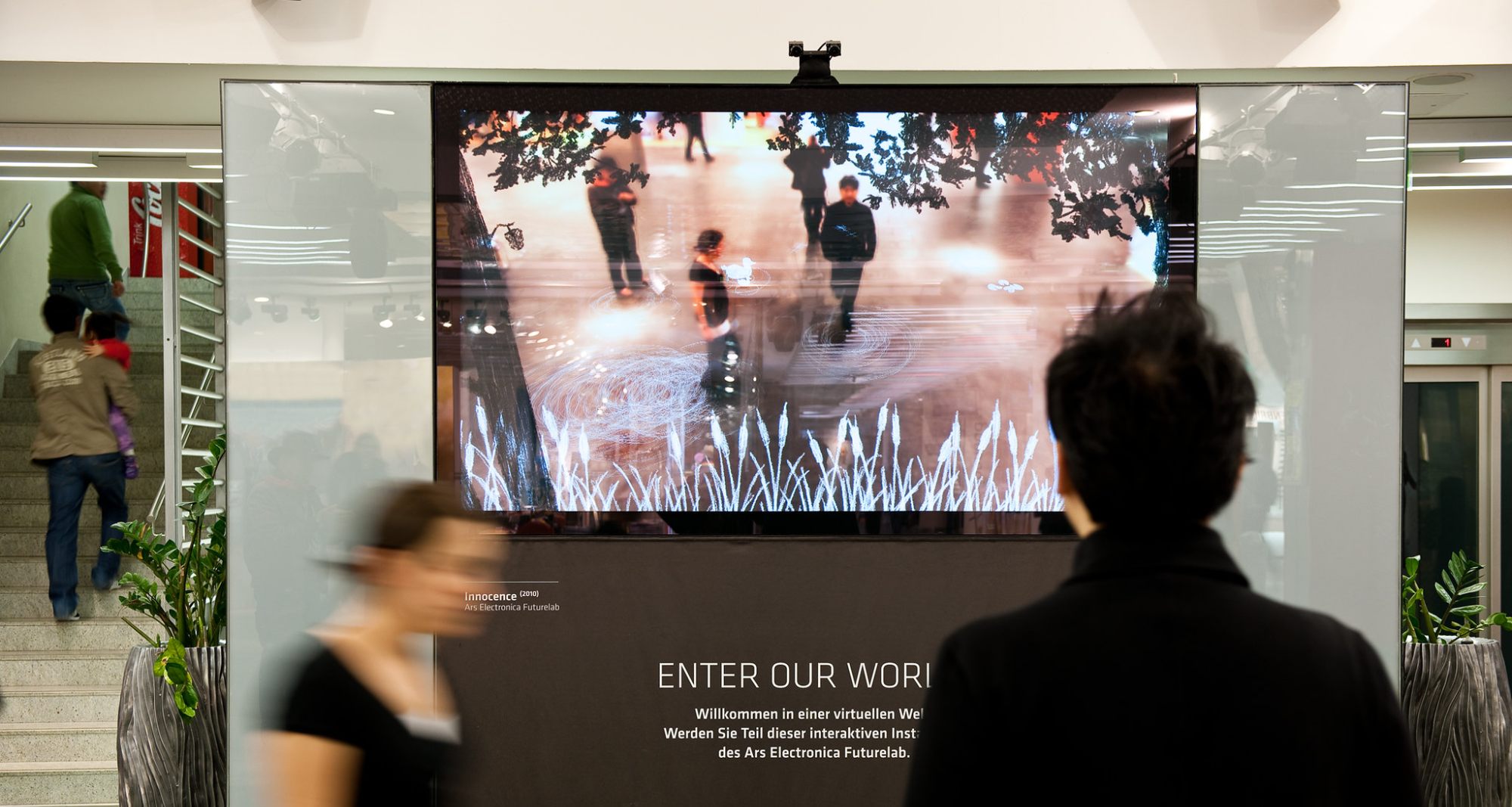 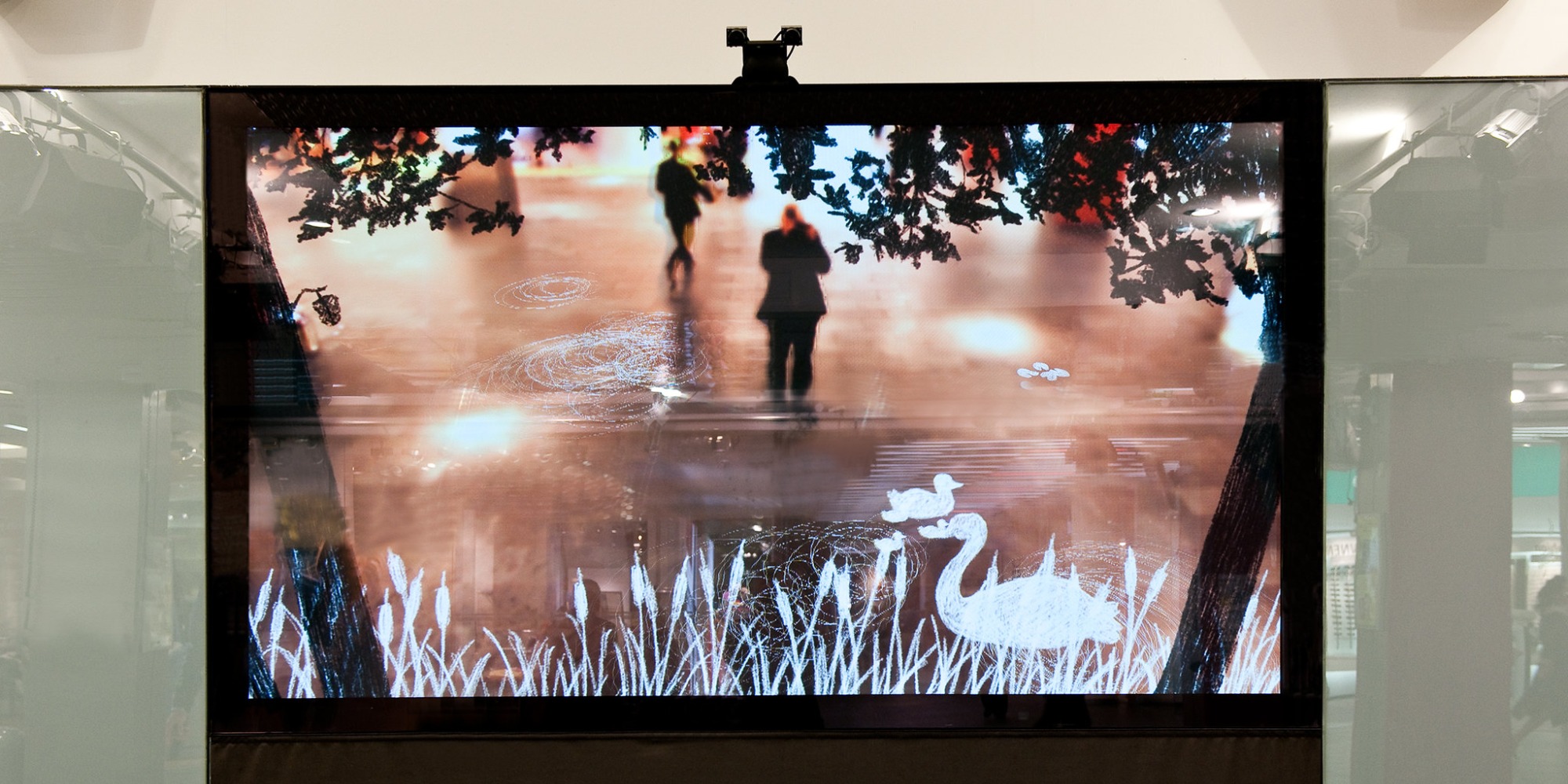 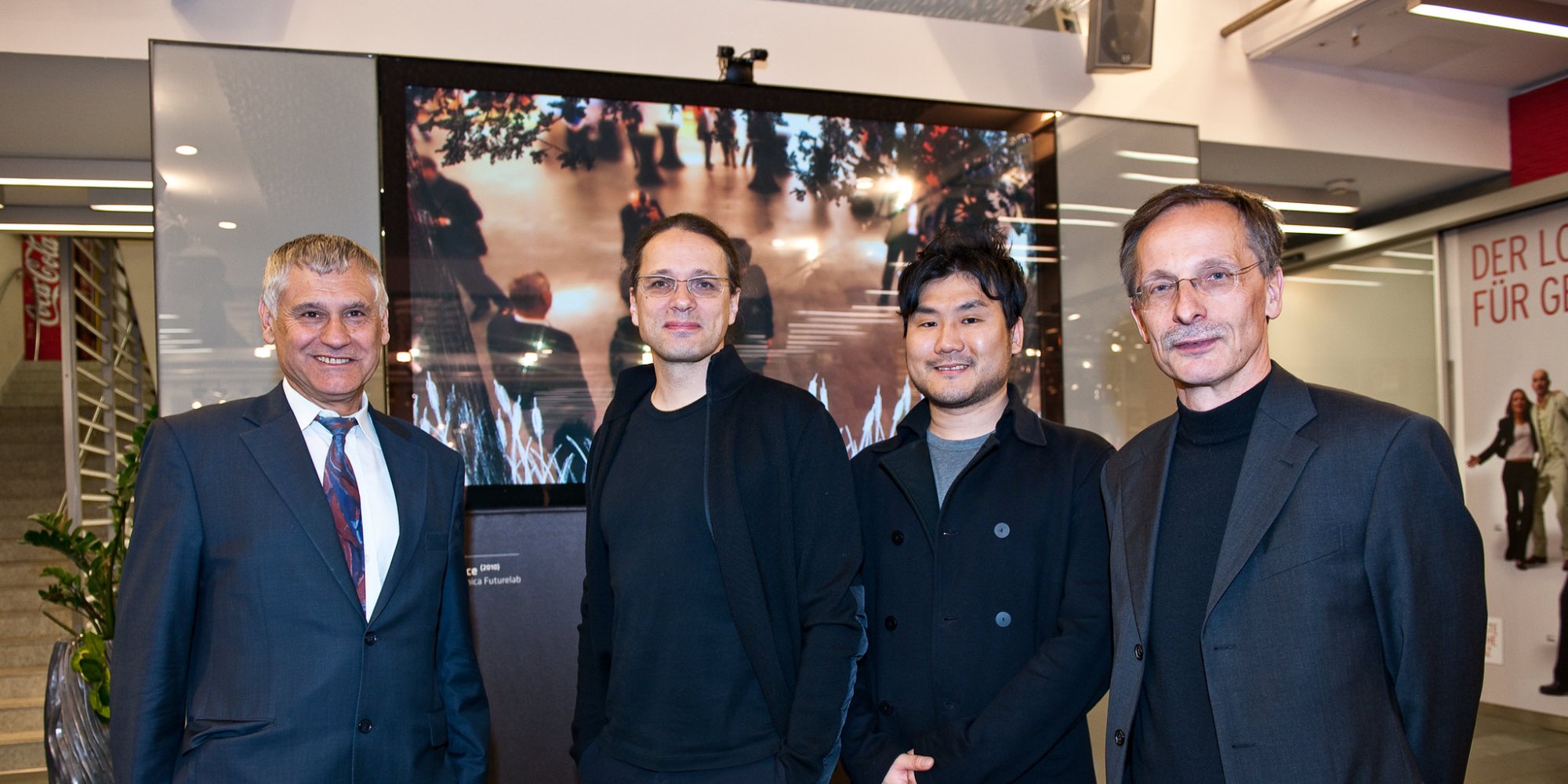 The scene was the corridor area in front of the elevator on the first floor of the shopping center. All visitors who passed by here on their way to the elevator, the information desk or the parking garage were recorded by two cameras. Their images were displayed in real time on the 2.5 square meter monitor in front of the elevator. If you walked towards this monitor, you saw yourself “coming towards yourself”, so to speak – and found yourself in a fairytale world. Framed by branches and leaves, the aisle area now appeared as a clearing. Here and there, deer peeked out of the thicket, hesitating at first and then venturing out into the open. Depending on how fast one moved across the clearing, one stirred up more or less fallen leaves, startling the animals or causing them to come closer. Then, all at once, it began to rain. An initial drizzle quickly became a downpour, turning the clearing into a large puddle, and the deer disappeared. Instead, all at once swans and ducks were cavorting. Each step triggered ripples that spread out as concentric circles all over the walkway. Just as suddenly as the rain began, it cleared up again. The water dried up and the clearing reappeared. A cyclical sequence that referred to the transformations that the Passage shopping center has undergone over the decades, always leaving a different mark on the experiences and memories of the generations that have grown up in Linz.