Cyber Arts 2022: The best media artworks of the year 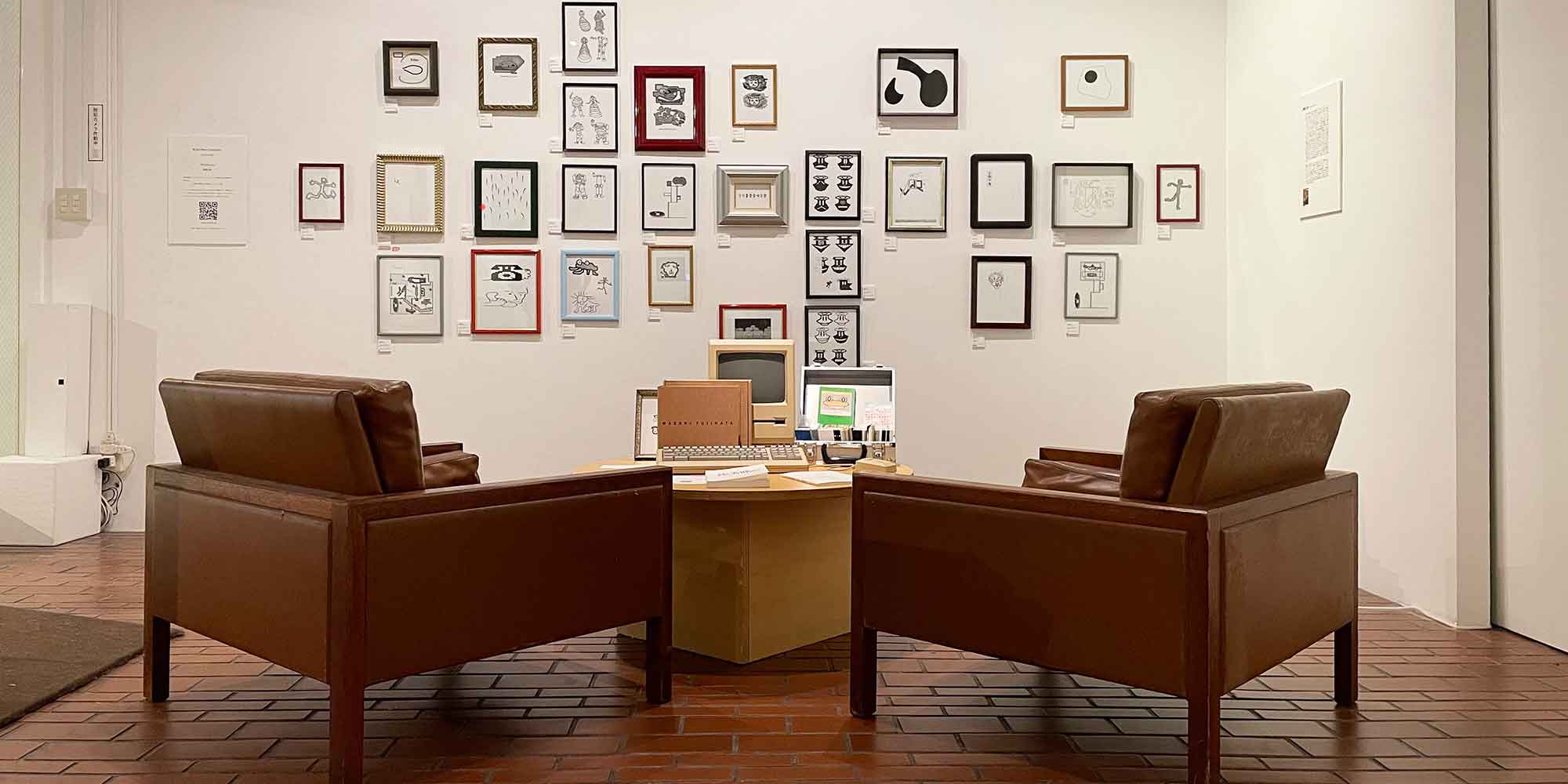 Brave New Commons / Masaki Fujihata (JP), Credits: Masaki Fujihata
Tickets!
Tickets and information on the CyberArts exhibition (and also on other locations of the Ars Electronica Festival 2022) are available at ars.electronica.art/planetb/de/tickets/!

With 2,338 projects submitted from 88 countries, the Prix Ars Electronica once again presents itself as a central hub in the global network of media art. The prizewinners can look forward to the coveted Goldenen Nicas, up to 10,000 euros per category and an appearance at Ars Electronica Festival in Linz. The location for the gathering of the award-winning works is, as always, the Cyber Arts exhibition. This year, however, the exhibition won’t be held at the OK (Offenes Kulturhaus) im OÖ Kulturquartier but rather in the KEPLER’S GARDENS on the campus of Johannes Kepler Universität Linz, the central venue for the Ars Electronica Festival 2022. From September 7 to 11, media art works in the categories “Computer Animation“, “Digital Communities“, “Interactive Art +” und “u19 – create your world” will make guest appearances here. We’ll show you what to see this year!

“Being” is a social humanoid artificial intelligence created by interdisciplinary artist Rashaad Newsome with the support of the LACMA Art + Technology Lab Grant. The project is a combination of 3D animation, game engines, scripted responses, generative grammars, and unique machine learning models using a counter-hegemonic algorithm.

“Absence“, the one-shot film by Marc Hericher has us pondering the relationship between journalism, politics, and information sharing in a grotesque depiction of human absence in a stunning display of technical skill and stylish aesthetics.

“Ad Hominem” is an interactive philosophical choose-your-own-adventure animation in which the player takes on the role of Change. Change is an old revolutionary who returns to his hometown looking for recognition for his deeds. Upon his arrival, it becomes clear that an event is being organized in his honor – but what exactly it is, he doesn’t know. By answering questions about issues in modern society, the story moves forward and the mystery is revealed.

Visitors to the “Avatar Robot Café” are served remotely. Via the personnel agency Avatar Guild, users can apply to be waiters and waitresses and then serve their customers using robots such as OriHime and OriHime-D, without having to be on site. In an innovative way, the Avatar Robot Café aims to explore and demonstrate what technological tools are needed to enable people who have limited mobility due to mental or physical illness or impairment to better participate in working or social life. The robot is designed to accommodate a variety of physical disabilities, including eye, mouse and smartphone input.

In addition to this Golden Nica, several other award-winning works in the “Digital Communities” category will be on display. “Families for Freedom” is a community of Syrian families demanding freedom for all the country’s sons and daughters who have been detained or disappeared, most of whom are in Syrian regime prisons, but also for other parties to the decades-long war.

In Ethiopia, you can often tell a person’s nation or tribe just by looking at them, and hair can be both a social signal and a status symbol. “Strong Hair” is a collection of 100 repetitive portraits that combine the diversity and strength of African hair with blockchain. Various ethnic groups from across Ethiopia were depicted, representing the cultural mosaic of the country with its over 80 different ethno-linguistic groups.

“Sisyphus” is an art installation with two robots engaged in an endless, repetitive interaction. Smaller robots build brick arches while a giant robot pushes them down. This project was named after a character in Greek mythology who is doomed to push a boulder up a hill every day, only to see it roll back down.

The umbrella of “Bi0film.net“, developed by Jung Hsu and Natalia Rivera, not only protects the population, but it can do much more than that: combined with the superpower of bacteria, it is an open platform, inspired by the resilience of bacteria, that helps to form nomadic networks to accompany demonstrations in the streets. At the same time, it makes visible a generation of young citizens* who are developing a new awareness and commitment to change society.

“Perfect Sleep” explores sleep and dreaming as a potential climate engineering technology. By inviting participants to experiment with their own sleep cycles, the work explores how sleep deprivation and climate change are both products of the same capitalist system in which regeneration, rest, and natural boundaries are dismissed and not valued.

“Eternal Return” is an art installation that aims to influence the private and collective imagination with the help of 3D printed prehispanic musical instruments played by the wind with technological support. The interactive installation serves as a gigantic musical instrument whose air sounds bring connections from other times into our everyday lives. It becomes a library of expressions from the past that connects it to visitors* experiences, restores the value of nature and history, and poetically reflects on the meaning and beauty of nature.

“Technologies of Hope and Fear” is an artistic archive of 100 data-driven, machine learning, and AI-powered technologies developed, marketed, and implemented to address the pandemic and ultimately help society “return to normal.” Whether attached to our bodies, installed in hospitals, schools, and train stations, floating in the air, or mining information from social media, this project is a testament to the revolution in environmental, biometric, mobility, and behavioral monitoring and intelligence enabled by the pandemic.

A black blanket under which is a seemingly motionless body, on it a poem written in capital letters. The poem was written at an emotional low point and deals with lethargy, exhaustion and isolation. With the project „Die Schwarze Decke“ Mary Mayrhofer deals strongly with the topic of “psychosocial health” and shows the dark sides of a generation that has completely broken away in recent years.

“171” is a stop-motion film that celebrates the partnership of image and sound with a total of 746 graphics. 621 of the images were scratched into the mezzotint, while the remaining 125 were drawn with pencil, ink and opaque white. The film is intended to clarify the process of interpreting what is perceived auditorily and to stimulate the viewer’s own imagination.

Who doesn’t know the FOMO, the “Fear Of Missing Out”, that is, the fear of missing out on something. You’re invited to something, but you don’t really feel like going. After some brooding you get up, because you don’t want to miss anything – in retrospect you realize that you didn’t miss as much as you had imagined in your head. “/ _ holofear” lets us visibly experience this spectacle, as the installation shows a hip party that gets more and more boring and lonely the closer you get to it.

With the New York-based artist Laurie Anderson Ars Electronica 2022 honors ae “Visionary Pioneers of Media Art“, whose wide-ranging oeuvre always revolves around the relationship between people and technology and is distinguished by a high degree of sociopolitical commitment. As a musician, composer, filmmaker, author and media artist with an unusual ability to cross and combine different genres, she has become an influential and style-defining icon of avant-garde media art. On September 10, 2022, the penultimate day of the Ars Electronica Festival, “Laurie Anderson in Concert” will be a musical highlight in the KEPLER’S GARDENS at Johannes Kepler University.

More information about the Ars Electronica Festival 2022 “Welcome to Planet B – A different life is possible! But How?” can be found here.