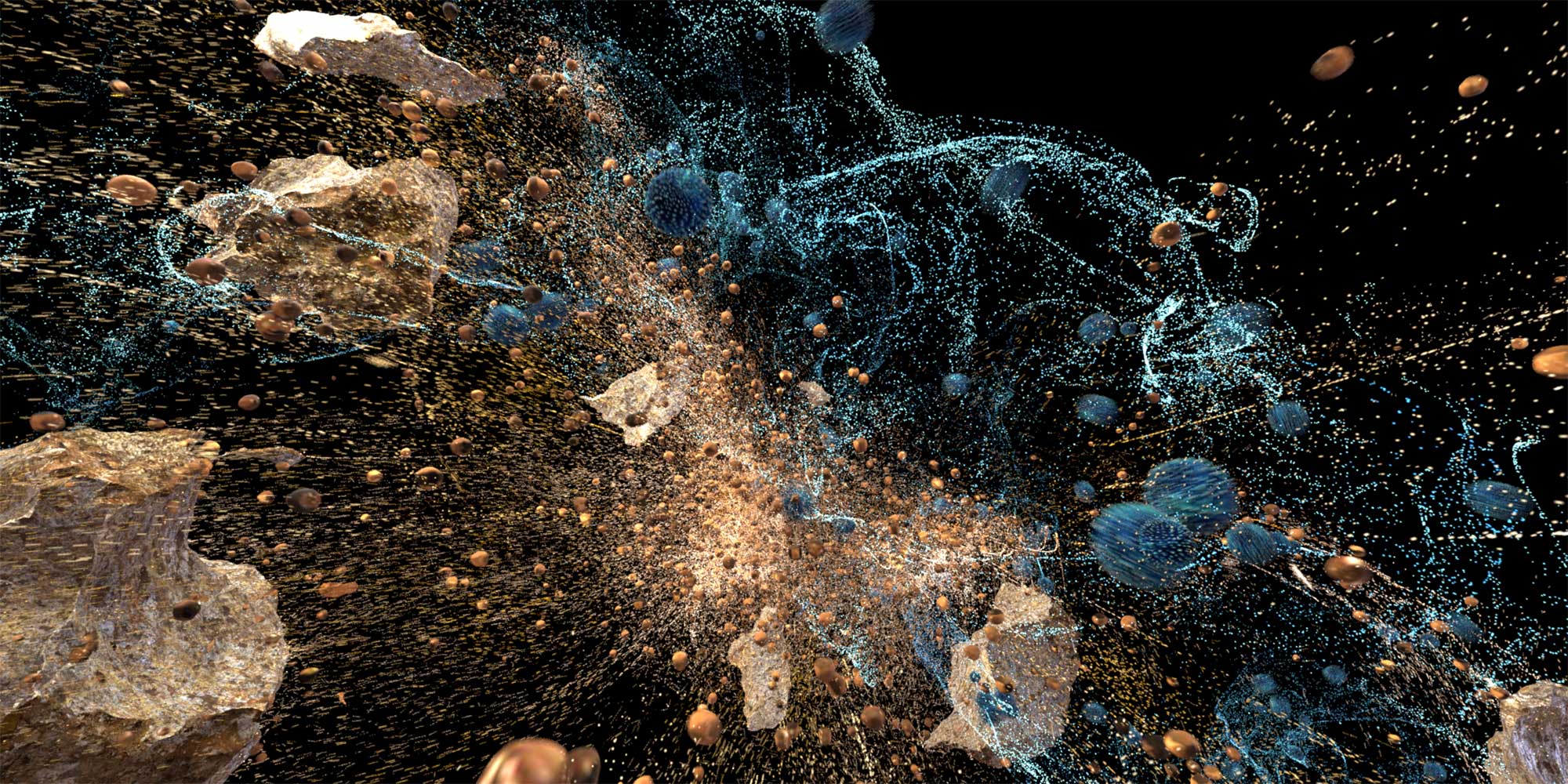 [Alien] refers to looking up into outer space for star dust and then turning our gaze back down to earth, extending the idea that everything is interconnected, flowing, flying, and mixing around our planet and beyond. You will be guided by the artist following the extra-terrestrial, terrestrial, and human-made dust traveling far and wide and creating complexity that is part of an invisible reality. Most of us go about our daily life without being aware of ever thinking about the extraterrestrial dusts that could be on their kitchen floor, right here on earth. The alien signal is lost in the human noise and the group meditation reclaims our vision of planetary citizenship. The animations show the complexity that emerges from meteors breaking up and falling down, mixing with natural and human-made dust. Layers of audio signals from space mixing with human-made noise and melodies of various cultures envelop the space further amplifying the experience of the dust complexity.