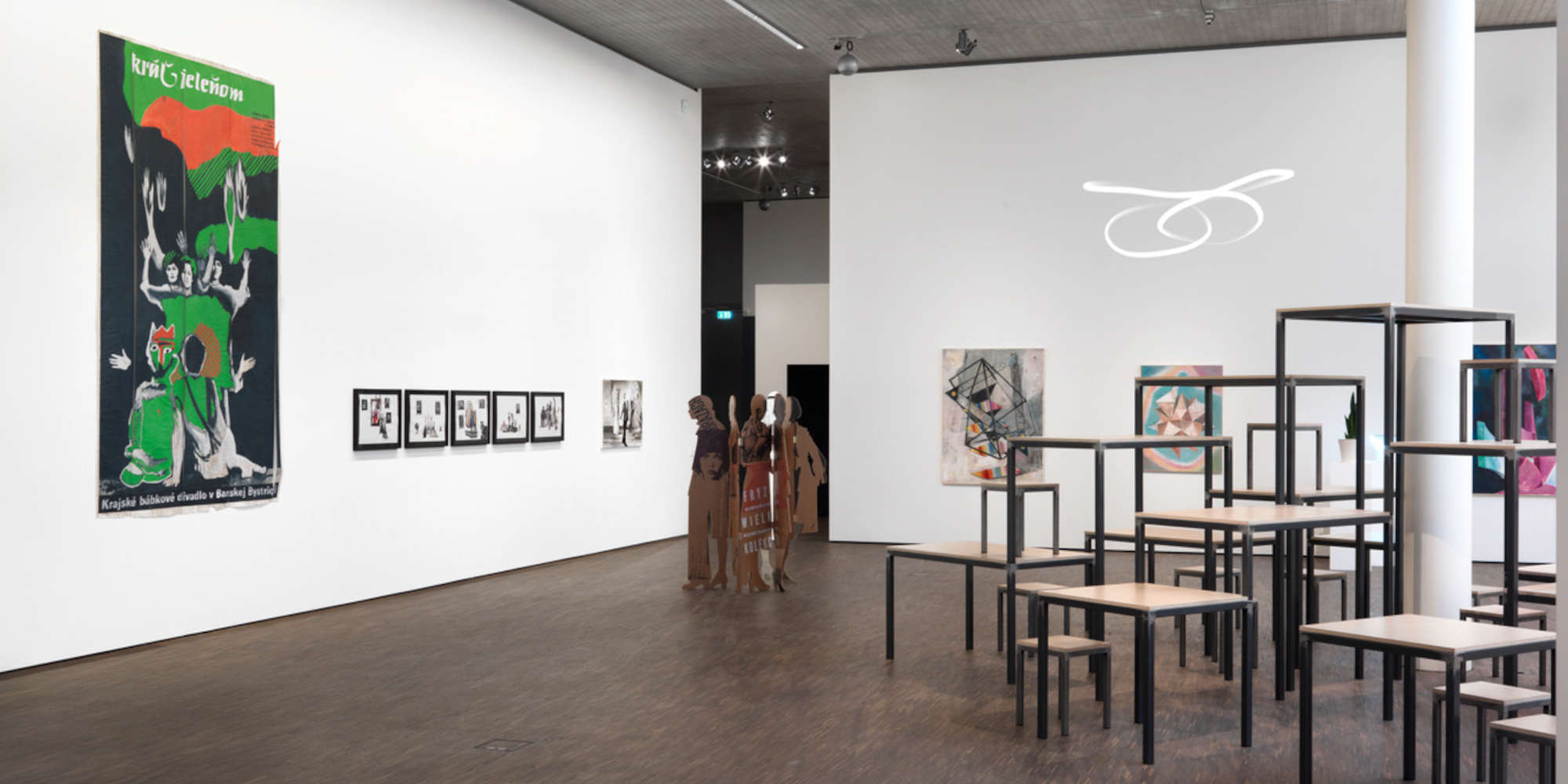 A 3D tour of an exhibition can never convey the sensual presence and aesthetic power of its works of art. The physical presence in a real exhibition space, the complexity of looking and the experiencing the environment, cannot yet be conveyed through digital technology. Such a tour, however, can be an essential tool in documenting past events, and it serve as an additional platform for mediating content.

3D–Tour: Experience the Art Collection Deutsche Telekom in Nîmes and in Budapest

There are two tours on view: Keeping the Balance is Art Collection Deutsche Telekom’s actual exhibition at the Ludwig Museum in Budapest. It runs from September 4 to November 22, and presents the work of nearly forty Eastern European artists.

30 Years After in the Carré d’Art – Musée d’Art Contemporain in Nîmes, was held as a part of Recontres d’Arles Photography from June 11 to November 10, 2019. The exhibition presented photographic works from the collection and gave insight into the burgeoining Eastern European art scene for the international audience at the Rencontres. 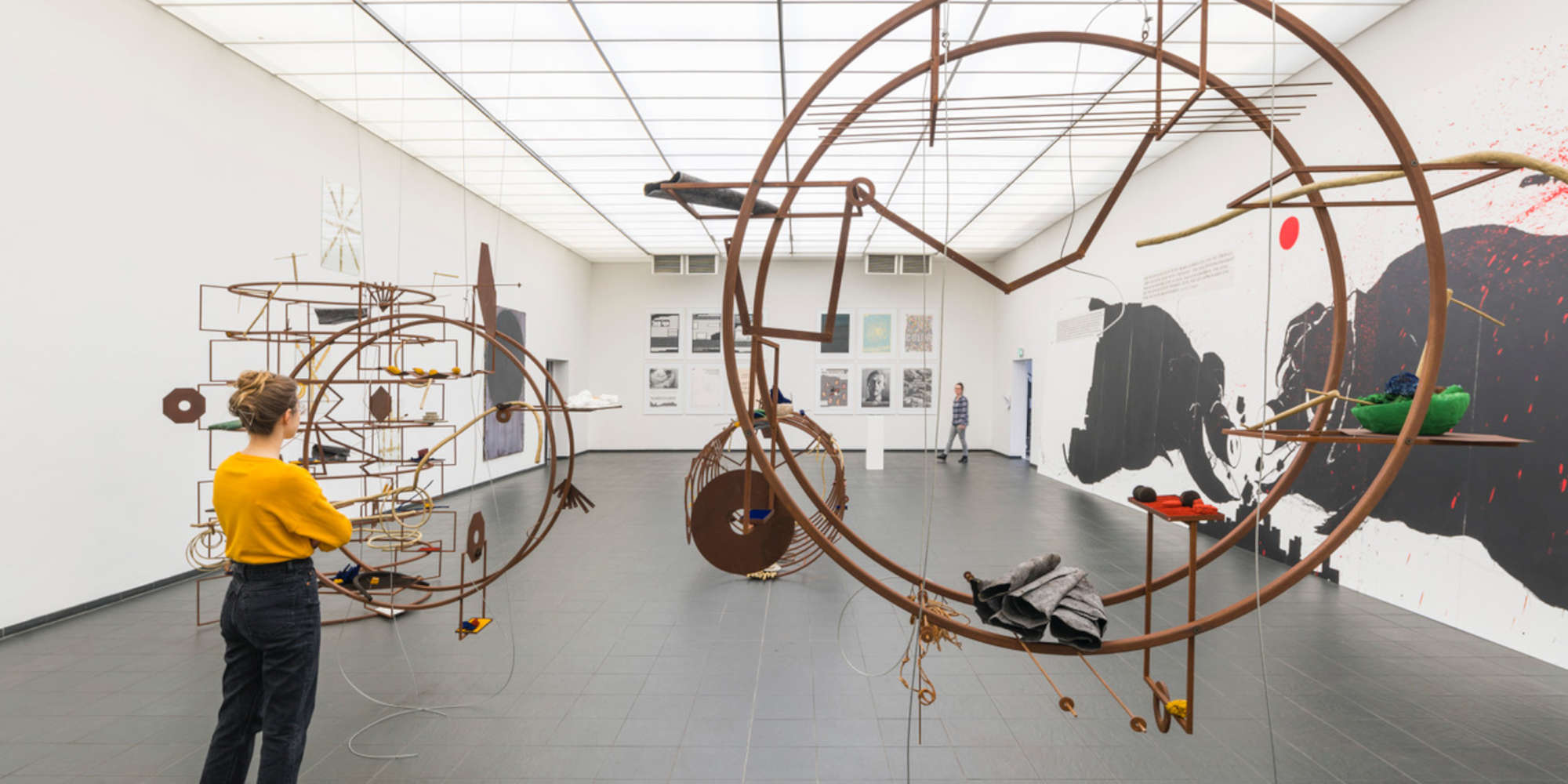 Art Collection Deutsche Telekom, What are we made of?, Installation View
Credit: Gregor Schuster 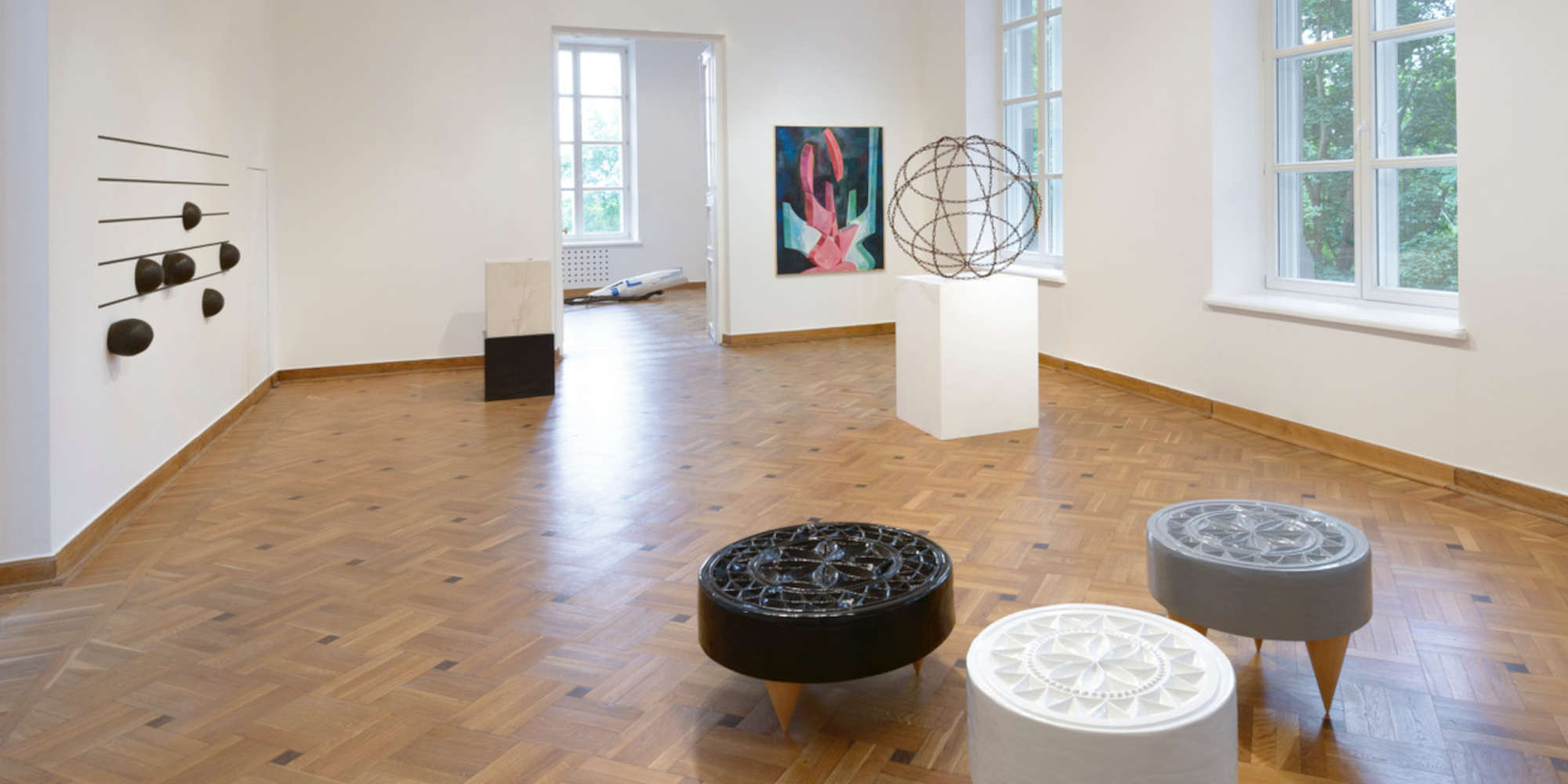 How can we find and keep the balance in a complex, contradictory and often conflict-laden reality? The question in the focus of the actual exhibition at once implies hope and formulates a statement that artistic discourse and confrontation can provoke thoughts and convey experiences which are specifically helpful in finding this balance.

To keep the balance, it is important to distinguish contradictions in urging issues, truth from lies, important things from insignificant ones to make smart and well-founded decisions. Art can and does make this possible.
The concept of the exhibition was developed by the curators back in 2019. Since then the world has lost its former balance. The fragility of life has become omnipresent, even in welfare states. The economy, healthcare and social systems, the cohesion between the nations of Europe are in deep crisis, and so are social relations and personal freedom. The world has to regain its balance once again, which also entails a kind of fresh start. Now, there is the opportunity not to repeat the same mistakes, to dare to seek and employ new models for our coexistence with the planet.

Eastern European artists have recently experienced the sweeping transformation of socialist-communist dictatorships. They were involved in the transition to free market economy, and often had to succumb to unrestrained capitalism as well. They witnessed revolutions, wars, irresponsible economy and poverty, and they also often saw the dreams of their parent’s shatter.

This sensitivity and attention can be recognized in their works. Artists from this cultural scene reflect on social changes and the challenges to which we all must respond. They react sensitively to today’s problems and pressing issues. Without giving definitive answers, they point out the necessity of bringing new balance to a world that has become even more contradictory and complex than before and thus will no longer tolerate simple solutions. The works also directly address such situations of inequality that need to be resolved even more urgently than a year ago. Still, they convey hope and faith, radiate humour and joy.

As part of the Rencontres de la Photographie, Carré d’Art hosts the exhibtion ‘30 Years After’ with works from the Art Collection Telekom in summer 2019.

‘30 Years After’ is laid out as a walk that leads to different vantage points that offer an insight into exemplary scenarios and into the rich cultural landscape of the recent present of the countries of Eastern and South–Eastern Europe.

Ion Grigorescu, during the thaw of the Ceausescu dictatorship in Romania in the early 1970s, lets the small space of artistic freedom flash with highly personal drawings. Dan Perjovschi, in the late 1980s, is performing in the free nature, hidden from the eyes of the Securitate, and shows the upheaval and revolt of the young artists in the almighty socialist Artist Union. At the same time in Croatia, Vlado Martek takes with his public actions a position against the claimed supremacy of state socialism. For Šejla Kamerić it is the traumatic experience during the civil wars in the 1990s after the break-up of the Yugoslav State Union. At Petrit Halilaj, we look at the consequences of the newly revived nationalisms and populism that have grown out of these wars. Eva Kot’átková goes deep into the structures of institutions and education that wanted to shape the future communist people. But, until today, deadly systems and ideologies are leaving their devastating marks on the psyche and personality of each individual. Igor Grubić is reminiscent of the revolutionary boom, triggered in the 1968s also in the socialist states, and tries to carry such attitude into the present.

The walk provides much insight into the complex reality of the countries in Eastern Europe. 30 years after the fall of the Berlin Wall in November 1989, the works in the exhibition do not draw a simplified and uniform picture. They make clear how different the past in the communist state dictatorships was, they show as complex, diverse and contradictory the presence in Europe is today and how different the dreams and hopes look to the future. At these vantage points there is an opportunity to pause, to reflect and to respect the complex reality through the experience of highly diverse artistic positions.

The exhibition brings together a large selection of artists from the collection, mainly using the photographic medium. It is presented as a cartography that highlights the geopolitical changes and the questions they raise in these different countries but more generally in Europe. 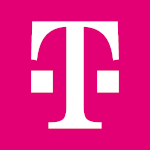