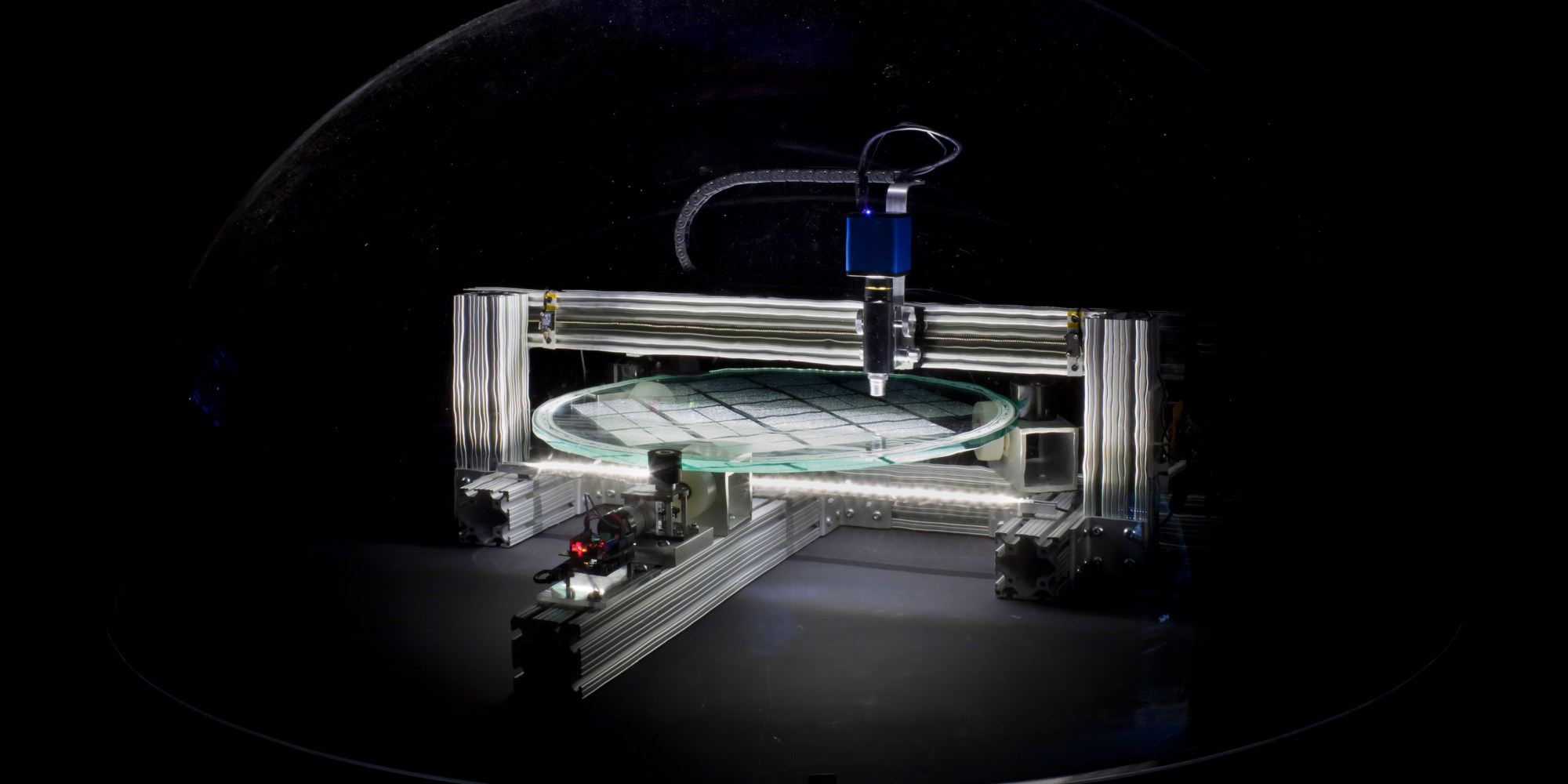 EXSOMNIUM is an observatory. From 2013 to 2016, Marko Peljhan, Karl Yerkes and Danny (Daniel) Bazo developed the SOMNIUM project, dedicated to the research and representation of exoplanetary worlds in our galaxy. The work was the result of a three year research residence at the SETI Institute. EXSOMNIUM is its evolved computational continuation. The evolved EXSOMNIUM system will be first developed as a computational simulation and responds in real time to confirmed locations of found exoplanetary worlds. When new planets recognized as capable of sustaining life appear in the database, life seeding algorithms are activated. The robotic arm sows extremophile organisms onto the mapped locations on the bioreactor developed for the project and further monitors and maintains them.