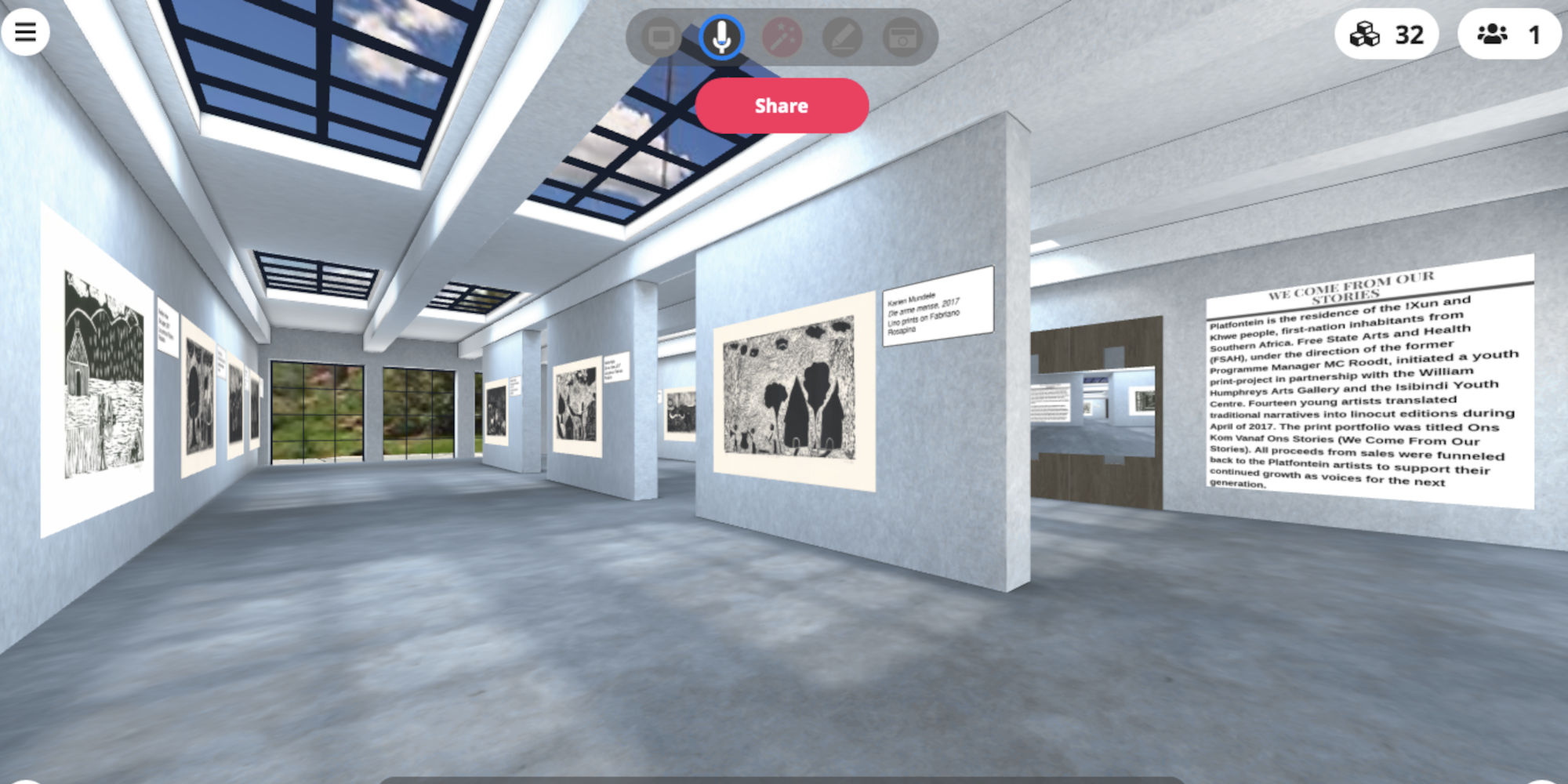 Platfontein Print Portfolio I and II (Ons kom vanof ons stories/ We Come From Our Stories)
Platfontein is the residence of the !Xun and Khwe people, first-nation inhabits from Southern Africa. Free State Arts and Health (FSAH), under the direction of the former Programme Manager MC Roodt, initiated a youth print-project, in partnership with the William Humphreys Arts Gallery and the Isibindi Youth Centre. Fourteen young artists translated traditional narratives into linocut editions during April of 2017. The print portfolio was titled Ons kom vanaf ons stories (We Come From Our Stories). All proceeds from sales were funnelled back to the Platfontein artists to support their continued growth as voices from the next generation.
At the end of 2018 the National Heritage Council supported a continuation of the project and planning for the second print portfolio began. During the course of the project, now under the guidance of the current FSAH Programme Manager Rea Mokone, young artists engaged in dialogue with their elders who shared some of the stories that have been passed down for generations in the oratory tradition of the !Xun and Khwe. The artworks were the product of a community art cultural development process that contributed to the resumption of tribal pride and cultural agency among the participating artists.