Each of the works uniquely reference the impact and new world view dictated by the present-day Anthropocene. Insensitive human activity and technological evolution has forever changed the balance of nature. Virtual engagements have become increasingly embedded in our society, further removing humans from the dire environmental state.

Find the full exhibition on the niio website linked on the right side. 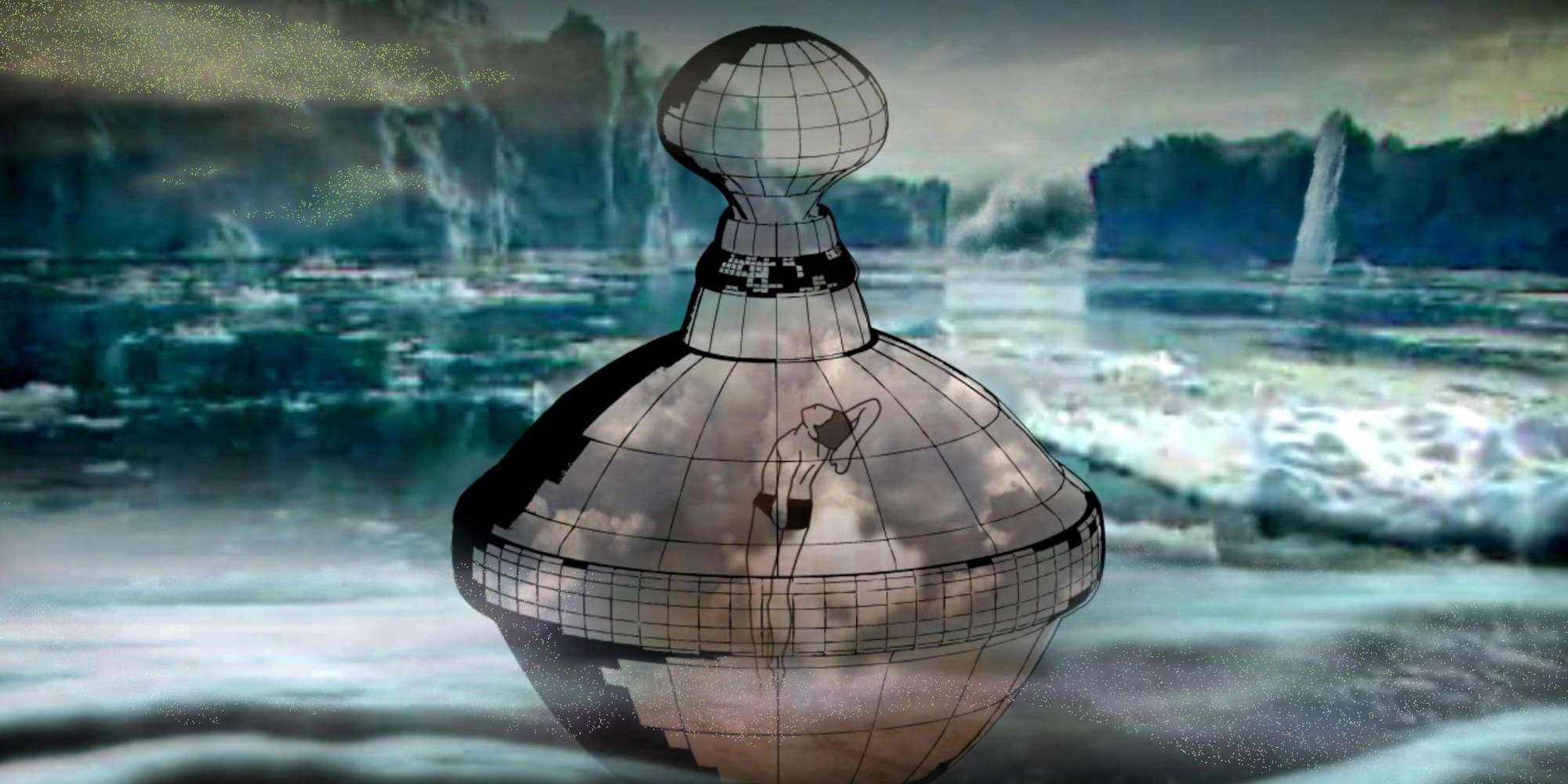 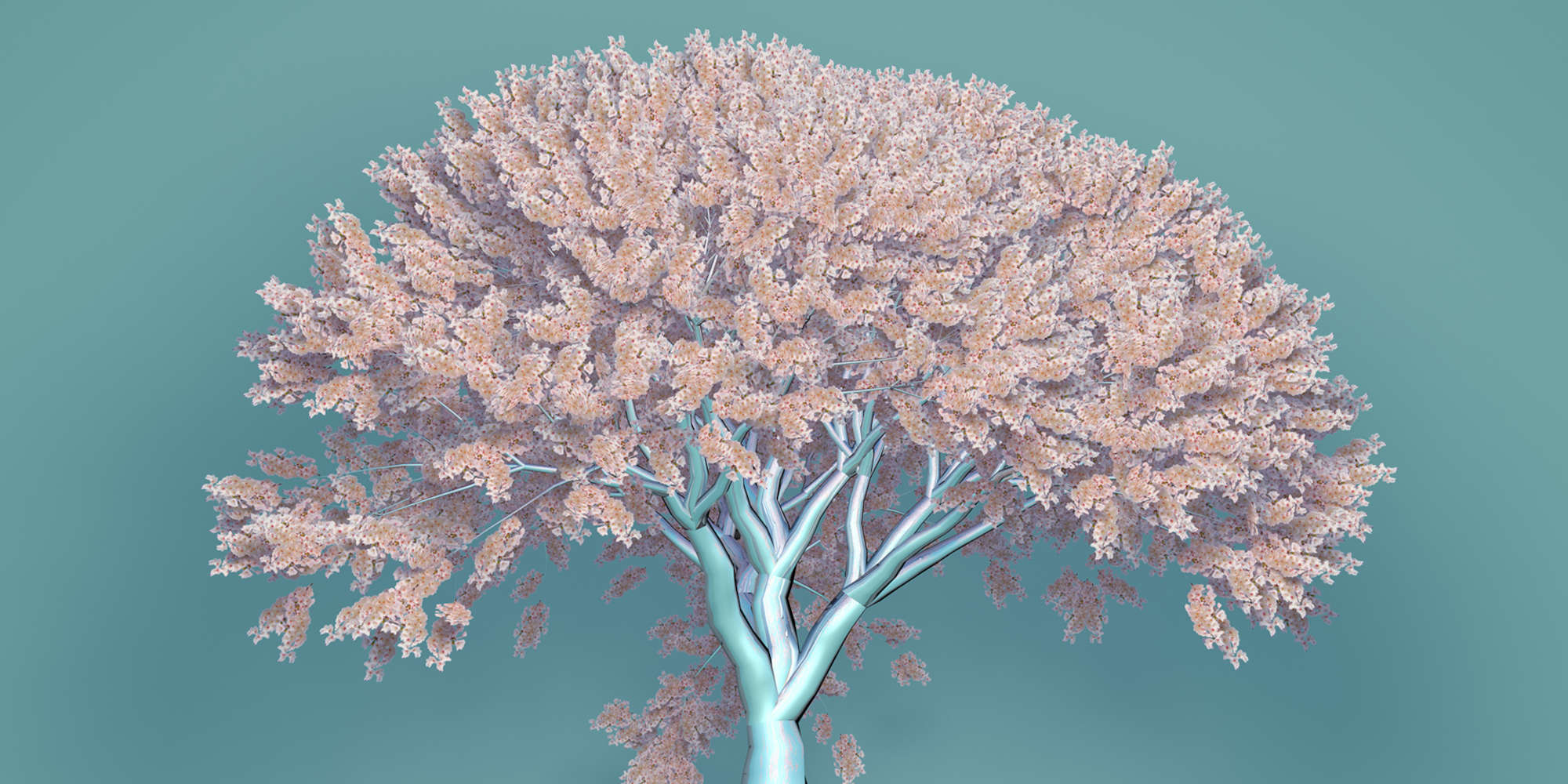 The „Elixir“ pieces describe impossible landscapes: cut-crystal bottles bob and toss like buoys in the ocean, beacons bearing potions, poisons, messages, genies. Each bottle contains an animated figure engaged in a repeated, metronomic action. In „Elixir I“, a woman is rowing; „Elixir II“, a blindfolded man stumbles to stay upright. „Elixir III“ holds a little girl trying to fly with paper wings; and in „Elixir IV“, a high diver twists and arcs, while the bottle presses forward in an Antarctic landscape. The highly layered video treatment pays tribute to the 19th century Russian painter Ivan Aivazovsky, whose portentous, luminous paintings of tiny ships on huge swells of ocean both mesmerize and terrify the viewer.

The animated, carnivalesque tailgate party of Slurb loops and stutters like a vinyl record stuck in a groove. Slurb, a word that collapses slum and suburb encapsulates a dreamy ode to the rise of slime, a watery future in which jellyfish have dominion. There is a history of satirical illustration, epitomized by J.J. Grandville in the 19th century, in which animal-headed humans are deployed in the telling of troubling social narratives. Slurb is that kind of cartoon. Facts of the oceans radical changes in acidity and oxygen levels form the backbone of the animation; overfishing, dumping, and climate changes heating of ocean currents have already triggered a reversion toward a primordial sea in parts of the ocean larger than the state of Texas. Slurbs surface is inspired by fictions, like J.G. Ballards prescient 1962 novel Drowned World, in which inhabitants of a flooded world feel the tug of the sun, and dream of a return to their amniotic past.

Digital life is ultimately flawed and fleeting, even more so than biological life. From the moment of creation, digital life is marked by myriad glitches and a rapid descent into obsolescence. Hence digital life is no more than a mere illusion for a more base reality, that which is Digital Death. This work was created by embracing ideas that seem to be contradictory by simultaneously using two sets of paired software tools, on two separate pieces of software that are oppose one another. The first set employs a biological growth algorithm. What I did was to both „grow“ and „ungrow“ a cherry tree simulation at the same time. The second set regards the passage of time. I both added and removed time simultaneously, using editing software. By using tools that exist in paradoxical relation to one another, I created a Taoist tree that eats itself even as it is being born, endlessly cycling – in a state of Digital Death.

Inside the Flower Matrix (single channel), 2016

Inside the Flower Matrix is a part of Claudia Hart’s Alice world, reinterpreting the Lewis Carroll paradigm as a labyrinth. Inside the Flower Matrix envisions Wonderland as the Interweb, covered by flashing emoji, the icons for power, money, addiction and control. Hart’s Internet is commercial stripway, the enactment of Casino Capitalism but at the same time, paradoxically, also a metaphor for a model of the mind and a site of transformation. The Flower Matrix is specifically modeled after the ancient Roman mythological labyrinth of the Minotaur, an endless maze from which there is no escape. Hart has created a game world covered with pulsing graphical patterns made from emoji, and also from symbolic computer language and public signage icons, conjoined in animated patterns that throb and pulse hypnotically. Also inside the Flower Matrix are five original species of fantastical flowers designed by Hart and covered with the same pulsing patterns, randomly growing and decaying. This is an environment portraying an esthetic of fakeness where technology has replaced nature, both sugary sweet and chemically toxic in equal measures.

Niio is the world’s premium digital video and media art platform. Headquartered in Tel-Aviv, with operations in the US, Asia and the UK, the platform is used in more than 40 countries, with a network of more than 4,000 artists, galleries, collectors and curators and hosts a collection of more than 12,000 pieces of moving digital artworks.

Founded in 2014 by Rob Anders and Oren Moshe with a mission to empower media artists and inspire people everywhere through seamless access to high quality moving image art, Niio’s secure, patented technology enables art professionals to safeguard, showcase, publish and distribute their multi-format works, which can then be discovered and displayed by collectors, consumers and corporations alike, on-demand, and shown on any type of screen or digital canvas). 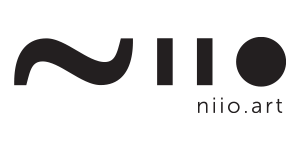